BOISE — As Gerald Pizzuto and members of his family push for his life to be spared from the death penalty, the state and family of the victims maintained their stance that the convicted double-murderer and Idaho death row inmate should die by lethal injection.

LaMont Anderson, chief of the capital litigation unit at the Idaho Attorney General’s Office, outlined the facts of Pizzuto’s convictions in the 1985 murders of two gold prospectors.

Pizzuto has shown no remorse for his crimes, Anderson told the Commission of Pardons and Parole during the virtual meeting Tuesday. They also include the killing of two people in Seattle, and kidnapping and rape of a woman in Michigan, he said, before the murders in Idaho.

The three incidents took place before the murders in Idaho. In the summer of 1985, Anderson said Berta Herndon and her nephew Del Herndon were each brutally struck multiple times in the head with a hammer before they died at a remote cabin in Idaho County.

Pizzuto was sentenced to 20 to 40 years behind bars for the rape conviction in Michigan, but served only nine years in prison. He then fled from his associated probation sentence and landed in Seattle, Anderson said. Pizzuto was later indicted for the Seattle murders after he was already given a death sentence for killing the Herndons.

“I would suggest that this case screams for justice and you consider the victims and what they endured,” Anderson told the seven-member parole board.

Pizzuto: ‘Killing me now is a waste of money’

Pizzuto, 65 and confined to a wheelchair, was present for the hearing alongside members of his legal team at the Idaho Maximum Security Institution, where Pizzuto and other death row inmates reside.

During a portion of the hearing, Pizzuto answered questions from two members of the pardons board about why he felt he deserved leniency, despite his violent criminal past. Five other board members declined to pose additional inquiry.

“I’m already dying. Killing me now is a waste of money,” Pizzuto said. “I know I have life (in prison). But I just ask, don’t throw me away. Give me a chance to be good, and I’ll show you I can. And if the choice is for me to live or die, I would just leave it in the lord’s hands.”

The rare death row clemency bid for Pizzuto began Tuesday morning with testimony from his sisters and arguments from his attorneys, who are seeking that their brother be allowed to die naturally in prison. Pizzuto’s legal team, with the nonprofit Federal Defender Services of Idaho, followed by Anderson, on behalf of the state, then made their arguments before the parole board into the afternoon.

Pizzuto’s case stems from his 1986 conviction on two felony counts of first-degree murder. He was charged with killing the Herndons at a rural cabin north of McCall. Two of Pizzuto’s accomplices in the deadly robbery, James Rice and William Odom Jr., took plea deals for shorter sentences and testified against Pizzuto, who was sentenced to death. Rice and Odom Jr. each served 12 years for their role in the slayings, and later released from prison.

Bruce Livingston, one of Pizzuto’s attorneys, spoke Tuesday of his client’s terminal late-stage bladder cancer, heart disease and severe diabetes, asking that they spare him from lethal injection.

“God will take him shortly in due course,” Livingston said.

Pizzuto could die at any time, Livingston added, as he’s been in hospice care for two years and isn’t a threat to anyone.

“The taking of his life through state-sanctioned execution is unnecessary,” Livingston said.

Judy Gonzalski, Berta Herndon’s daughter, addressed the court toward the end of the hearing on behalf of her family. She said her brothers couldn’t bear the pain of doing so.

Gonzalski remembered her mother as someone who made herself available to those in need, comforting anyone who met her. Berta Herndon was a nurse and Gonzalski’s personal hero. Her death was felt by everyone who she knew, her daughter said.

“I couldn’t have asked for a better mother than what God gave me,” Gonzalski said.

Gonzalski briefly addressed Pizzuto directly during her statement, saying that if he desires mercy, it is not the parole board he should direct his request.

“If he is truly sorry for what he has done and turns away from evil and follows Jesus, God will forgive his sin,” Gonzalski said.

Pizzuto not only took away her mother, she continued, but humiliated her and killed others. The murders were done with severe cruelty and without conscious, Gonzalski said. She and her family have been told for years that Pizzuto was on the verge of death, which she said sounded disingenuous, given the clemency hearing now some years later.

“So I just want to ask you to find reason and to go ahead and not commute his sentence,” Gonzalski said. “It’s time to end it, please.”

Her testimony echoed statements from the Herndon family from decades earlier. Anderson made reference Tuesday to Berta Herndon’s husband — also named Del Herndon — who told investigators in 1986 that he wanted Pizzuto to be put to death.

“When they murdered Berta they took my life away too,” Del Herndon told a pre-sentence investigator, according to a 1991 Idaho Supreme Court opinion. “If I had my way, Pizzuto would get death by firing squad.”

Angelinna Pizzuto, meanwhile, earlier in the day recalled that as children, she and her older brother were repeatedly beaten and sexually abused by their stepfather, Bud Bartholomew.

They were never given refuge from Bartholomew’s abuse, she said. Along with her older sister, Elsie Rado, Angelinna Pizzuto appeared during the clemency hearing in an effort to protect their brother, a convicted killer and Idaho death row inmate for more than 35 years.

“Please, I’m here to ask you to protect him now,” Angelinna Pizzuto said. “Please grant my brother the chance to die on God’s time.”

Meanwhile, Pizzuto has remained on death row for more than three decades, avoiding execution on three separate occasions during that time. Idaho’s latest attempt to put him to death came when a state district court judge signed Pizzuto’s death warrant in May, only for the parole board to grant his petition for a clemency hearing two weeks later, which led to a stay of execution.

A month before, Pizzuto’s attorneys appealed on his behalf to the parole board for the clemency hearing. They cited an extremely abusive childhood, as well as his terminal illness of late-stage bladder cancer that saw Pizzuto transition to hospice care now about two years ago.

His legal team stated in its April petition that Pizzuto long ago accepted responsibility for his crimes and does not wish to make excuses in requesting the “extraordinary” hearing. Rather, they sought the rare review not based on some question of their client’s innocence, but in an appeal to the parole board’s ability to grant mercy.

Tuesday’s hearing is believed to be just the second time Idaho has held a clemency review for a death row inmate since 1977, when the state reestablished capital punishment. Over that same period, Idaho executed three prisoners, each by lethal injection — the last in 2012.

The only other hearing of its kind occurred in the state in 1996, when the parole board voted 3-2 to recommend the death sentence of convicted murderer Donald Paradis be reduced to life in prison over questions of his innocence. Then-Gov. Phil Batt accepted the majority decision and granted the request.

The parole board is scheduled to meet again Wednesday morning for closed-door deliberations on Pizzuto’s clemency request. The board and its staff have not said when its recommendation to Gov. Brad Little will be made public.

Idaho's governor on Thursday rejected an official recommendation to commute the death sentence of an inmate who is dying of terminal cancer.

Attorneys for a death row inmate say Idaho Gov. Brad Little doesn't have the legal authority to overrule the state parole board's commutation recommendation, and they are asking a state judge to hold off on signing a death warrant for their client.

Idaho judge weighs if governor has power over commutations

A state judge is weighing whether Idaho's Constitution allows the governor to reject a parole board's recommendation when it comes to commuting a death sentence — a decision that may determine if a longtime death row inmate will be executed.

An investigation into the state’s most recent executions reveals the lengths to which prison officials have gone to withhold documents that disclose their past practices for acquiring the deadly drugs, the associated taxpayer costs and the identity of their suppliers.

WATCH NOW: Bruce Miller sits down to talk with Oscar nominee Diane Warren about her success 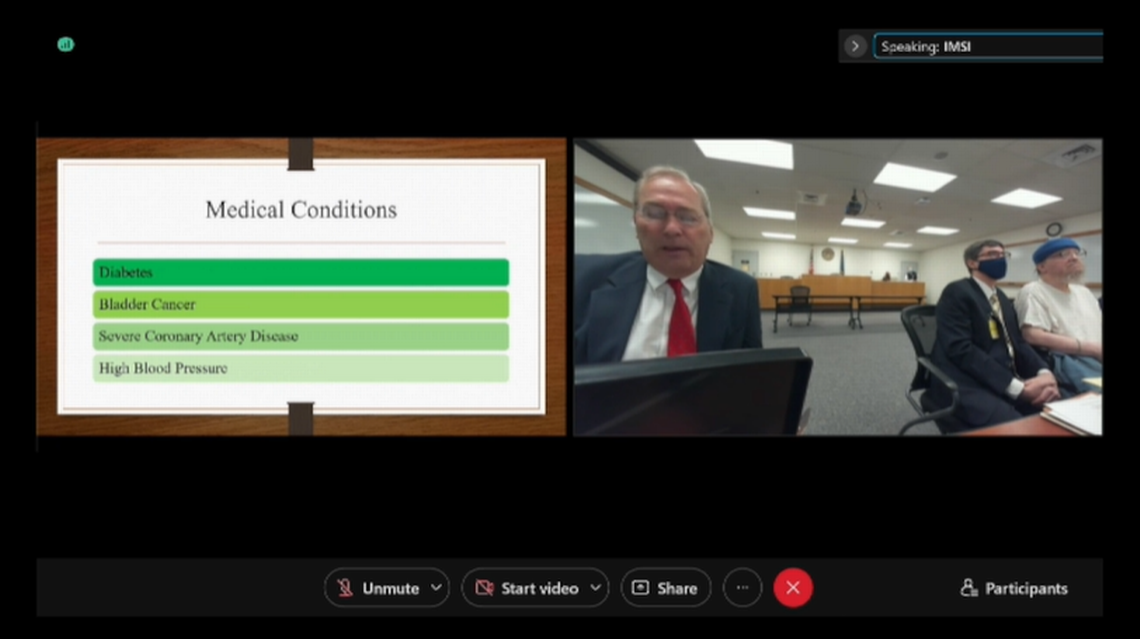 Bruce Livingston, left, discusses Gerald Pizzuto’s medical conditions with the Idaho Commission of Pardons and Parole during a clemency hearing for Pizzuto, right, on Tuesday. 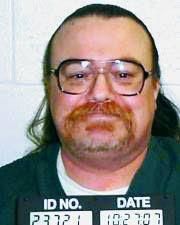