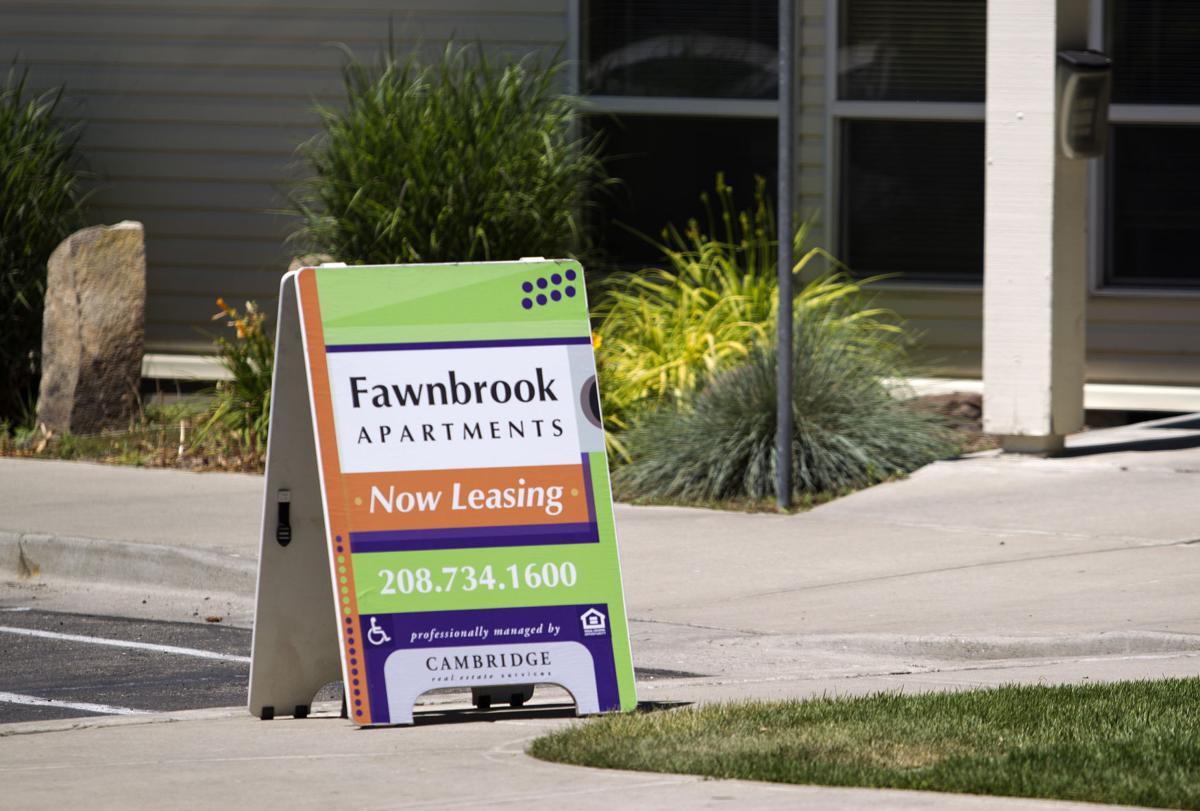 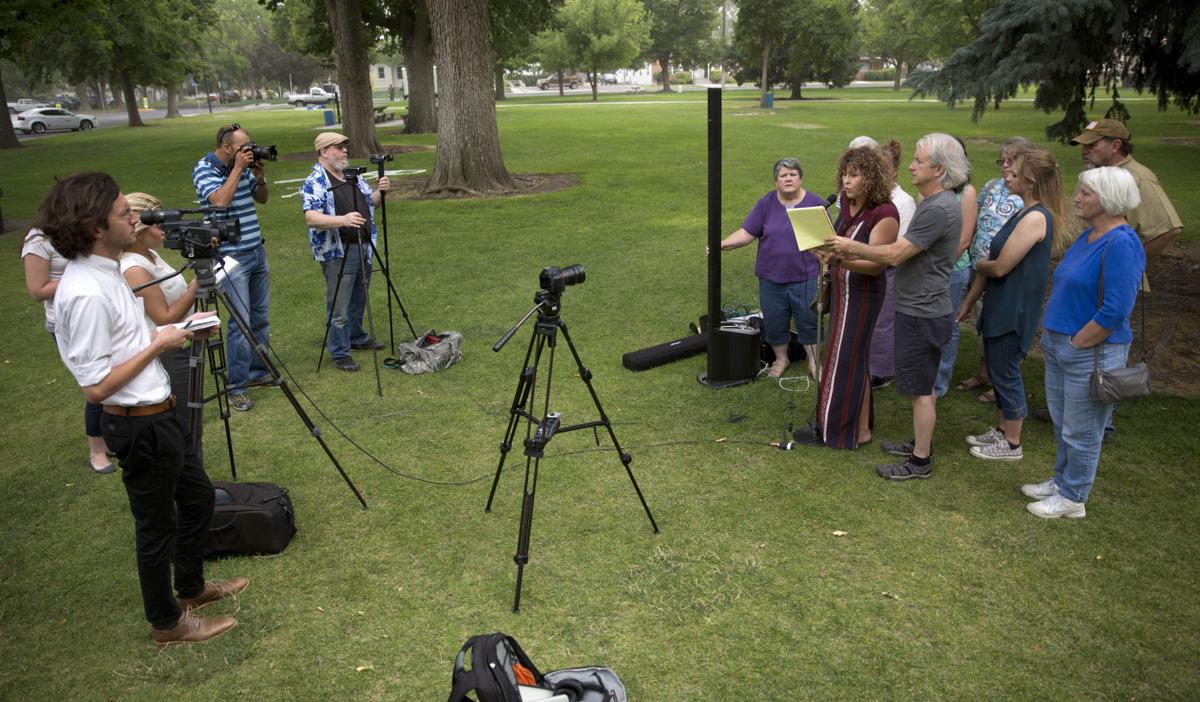 Members of We The People Magic Valley hold a press conference to invite Presidential Candidates Hillary Clinton and Donald Trump to Twin Falls on Friday, Aug. 5, 2016, at the Twin Falls City Park in Twin Falls. 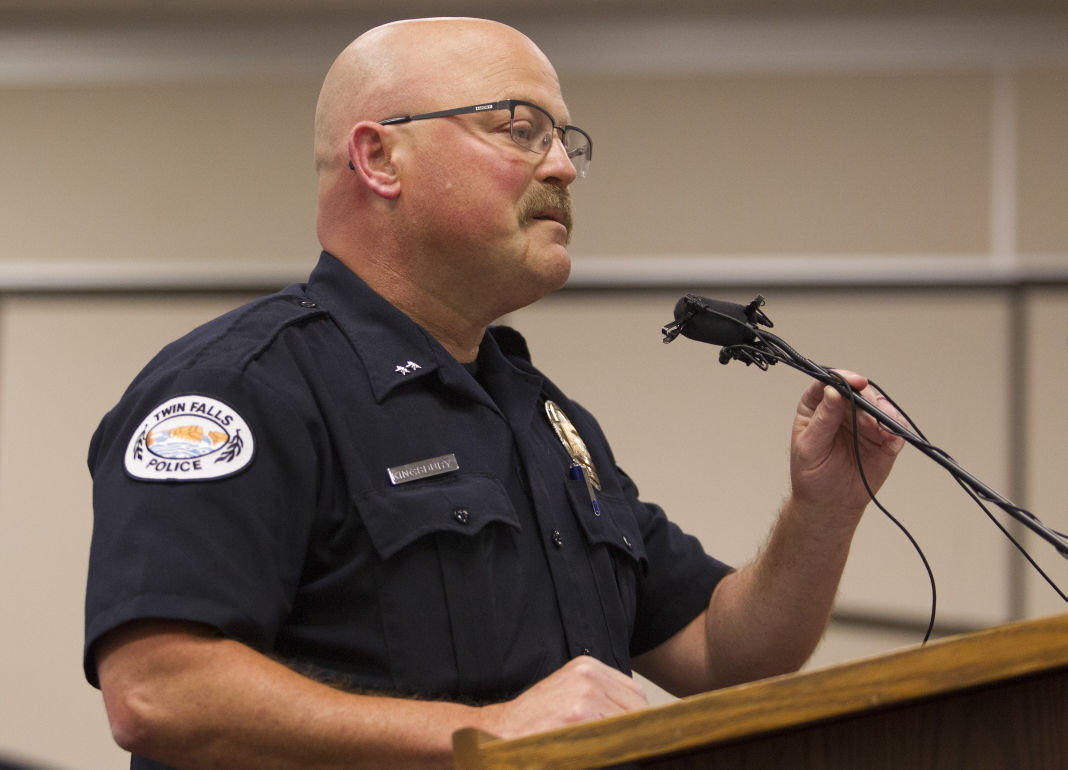 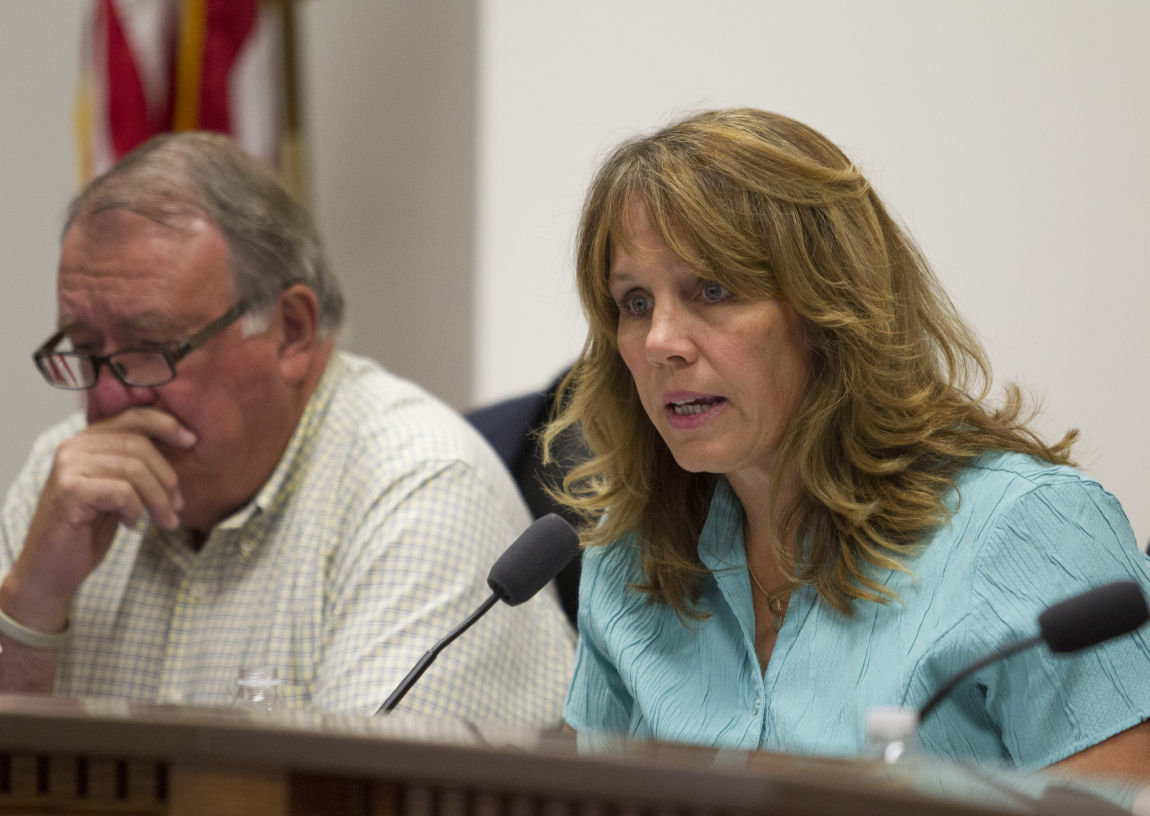 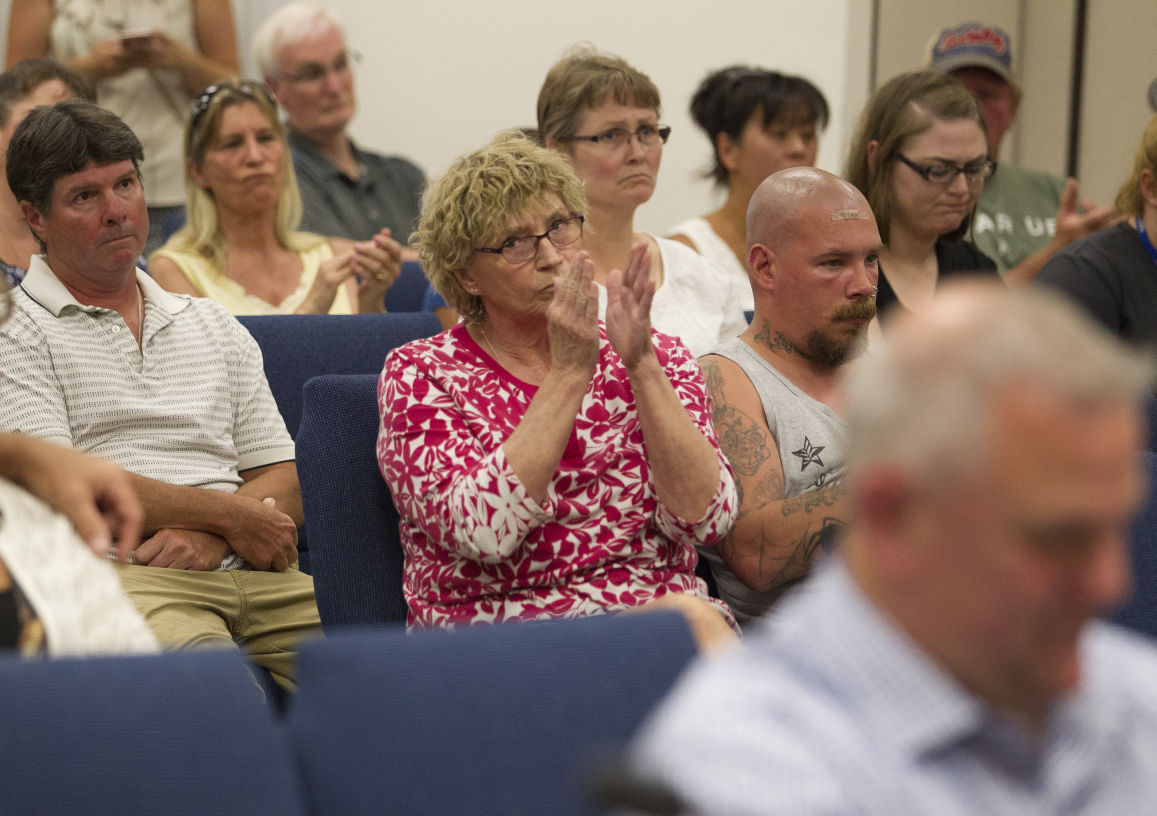 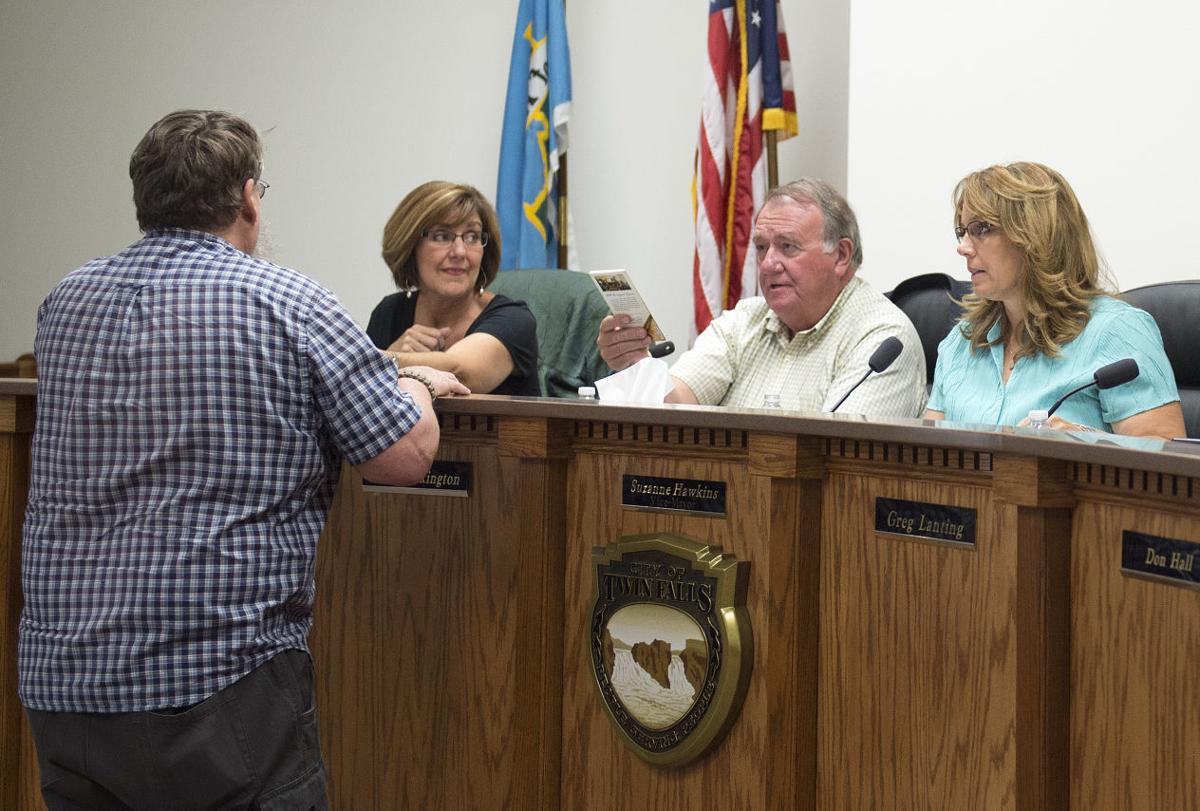 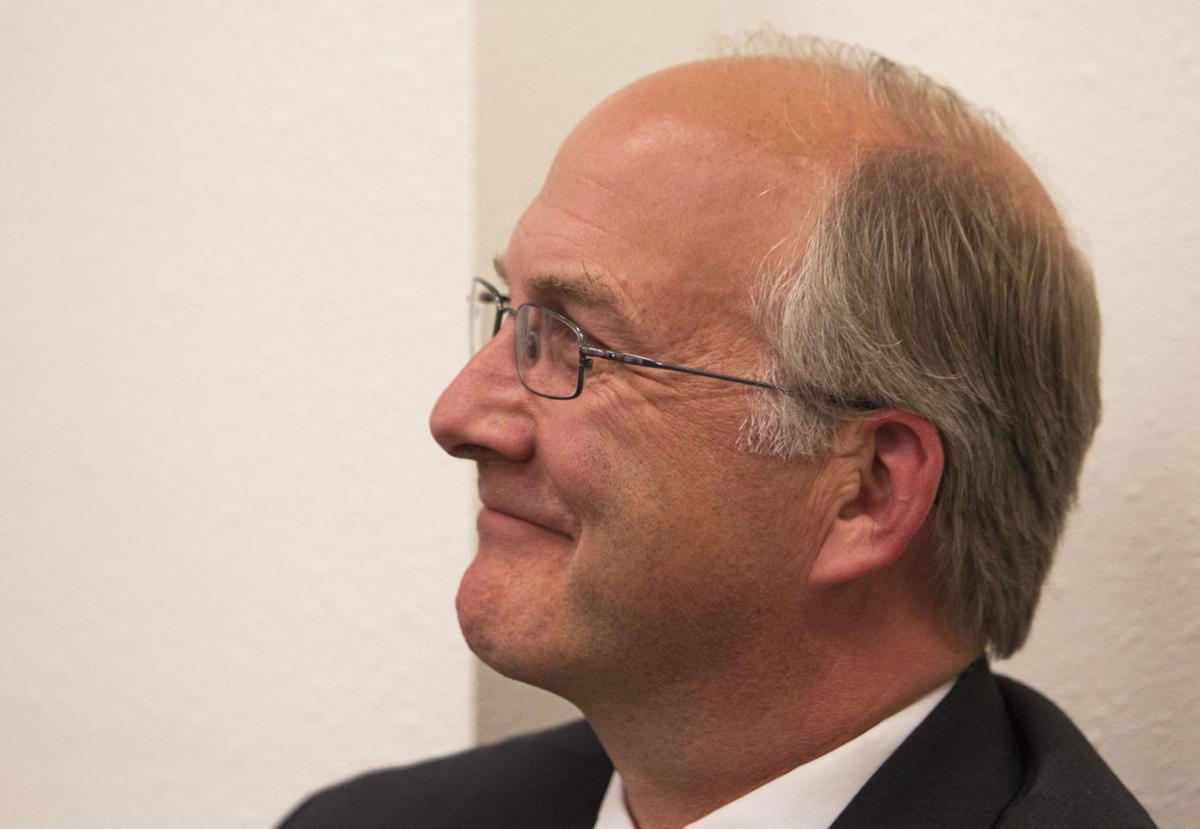 TWIN FALLS — Three boys involved in a June assault on a 5-year-old girl at the Fawnbrook Apartments in Twin Falls pleaded guilty Tuesday to felonies.

The victim’s family and their lawyer approved the settlements reached in each of the three cases, Twin Falls County Prosecutor Grant Loebs said in a statement.

“I am pleased that we were able to resolve this case in a way that was approved and agreed to by the victim’s family,” Loebs said. “This continues to be a serious and sad case, but it was resolved properly.”

“We agreed to the plea bargains. That by no means implies my clients were, or are, fully satisfied with the outcome of these cases or the prosecuting attorney,” Mark Guerry, the attorney representing the victim’s family, said in emails to the Idaho Statesman.

“After 10 months their right to some form of justice was long overdue. ... They were prepared to testify at a trial or enter into to plea agreements months ago. More importantly, no convictions or mere words in statements could ever mitigate the unrelenting trauma and grief their little daughter now suffers as a result of this vicious sexual assault.”

The incident touched off months of turmoil in Twin Falls after the story was spun into a fake news account that exaggerated or flat-out falsified many of the details, including that a knife was present, the attack was perpetrated by a Syrian gang of adult men, that a rape had occurred and that the attack was celebrated by the perpetrators’ families as city officials orchestrated a cover-up.

In fact, police and prosecutors said, there was no rape, no knife was present, and the incident involved young boys. Officials characterized the incident as a sexual assault and say each say each agency involved followed proper protocol.

The boys were charged not long after the June 2 incident, and later that month their families were evicted from the apartment complex.

A GoFundMe page started by the mother of the victim has raised more than $72,000, with a goal to raise $100,000. The mother, who refers to her family in the third person when posting on the site, added her most recent update Tuesday morning.

“Today is the day!” the post said. “We find out what happens and when the kids start there (sic) sentence and what they get charged with. Please pray!!!! Also if you can share the campaign and donate so we can reach the goal for this family. They deserve justice and praying that happens today.”

After an investigation, two boys ages 14 and 10 were detained and charged. A third boy involved in the incident, age 7, was charged later. The youngest boy is from Iraq and the two older boys, who are brothers, are from Eritrea, an African country. The boys are from refugee families, but its unclear how long they’ve been in the community.

What actually happened during the incident remains unclear because the case was sealed to the public, typical in juvenile cases, especially those involving allegations of sexual misconduct.

Prosecutors said one of the boys touched the girl in the laundry facilities of Fawnbrook, a low-income housing complex in Twin Falls, while another boy recorded the assault on a cellphone video camera.

The boys will be sentenced at a later date. Loebs declined to say what the possible sentences are in the case.

The 14- and 10-year-old boys charged in the assault were released from juvenile custody in late June.

“As I said last summer, just like with any other case this is going to be handled by the justice system, and this is the next step in that process,” Mayor Shawn Barigar said shortly after hearing the news Tuesday.

From the beginning, refugee opponents accused police of mishandling the investigation. Those claims garnered the attention of national figures on the far right, including Brigitte Gabriel, head of Act for America, who came to Twin Falls to speak about what she perceives as a coordinated Muslim plan to take over Western societies.

But Police Chief Craig Kingsbury said Tuesday his officers handled the case like they do any other report of lewd conduct with a child.

In June, the police chief outlined the way such cases are generally handled and said his officers don’t interview juvenile victims or perpetrators of sex crimes. Those interviews are left to “properly trained forensic interviewers” at St. Luke’s Children at Risk Evaluation Services.

“There are no winners or losers in cases like this,” Kingsbury said Tuesday. “I think we just need to continue to focus on the victim, and victims in these types of incidents, especially here in April, child abuse prevention month. We need to do right by all our child victims.”

The assault happened in the wake of local debate over whether to close the College of Southern Idaho Refugee Center and at a time when refugee resettlement was a topic of debate in the presidential race and internationally, and the story spread quickly in the right-wing and anti-Muslim blogosphere. Authorities released some details about the case — a highly unusual step in a sexual assault case in which everyone involved is a minor — in an apparent effort to quell the outcry and counter inaccurate versions of the story that were circulating.

Many of these sources accused the city, law enforcement and local media of trying to cover up what had happened, and city officials were inundated with angry phone calls and emails and a handful of violent threats. Chobani, whose factory employs many refugees, was another target of anti-refugee anger, with some seeking to link the refugee program’s existence to the labor needs of Chobani and other large local employers.

By the end of the summer, Lee Stranahan, a reporter for the conservative news website Breitbart, and Julie DeWolfe, a vocal resettlement critic in Twin Falls, started a group aimed to fight globalism with populism and planned to start a “microbusiness incubator.” But plans for the “Make Your Hometown Great Again” group apparently never came to fruition.

But he said the center took the case “very seriously” and condemns that kind of behavior.

“Whatever happened is not what we — as people helping the refugees resettle — something that we would think that it’s OK,” Rwasama said. “It is not.”

After the Fawnbrook case, the Refugee Center partnered with a behavioral agency to hold therapy groups with school-aged refugee children who’d recently arrived in Twin Falls “so they understand that type of behavior isn’t acceptable,” Rwasama said.

It was part of a program children regularly attend on Wednesdays after school.

Whenever something happens like the Fawnbrook case, the Refugee Center’s action is to “create a program that would give some more education to the kids,” Rwasama said. “We want to prevent any behavior that may be violating the law.”

Clarification: An earlier version of this story identified Chobani founder Hamdi Ulukaya as a Muslim. While Ulukaya was raised in a Kurdish village in Turkey, a Muslim-majority country, he has not publicly identified as a Muslim.

TWIN FALLS — Over the past few years, voices have risen up in Twin Falls against refugees, bringing the city into the national spotlight again…

Members of We The People Magic Valley hold a press conference to invite Presidential Candidates Hillary Clinton and Donald Trump to Twin Falls on Friday, Aug. 5, 2016, at the Twin Falls City Park in Twin Falls.