Vicki Leah Meek, 49, and Harry David Lashbrook, 35, both of Twin Falls, are facing charges of heroin trafficking and trafficking in methamphetamine or amphetamine, court documents read.

The two were part of a preliminary hearing before Magistrate Judge Calvin Campbell on Aug. 9 at the Twin Falls County Courthouse.

A Twin Falls County Sheriff’s Office narcotics investigator testified that more than a dozen officers from various police agencies discovered methamphetamine and heroin in the bedroom Lashbrook and Meek shared during a July 11 search.

LSD, guns and drug paraphernalia were also found during the search.

At the conclusion of the hearing, Campbell bound both defendants over to District Court, where they will be arraigned and enter their pleas in the coming weeks.

His criminal record dates back to 1979, and includes multiple felony convictions: four for burglary, two for grand theft and two for theft by possession.

Both of Jones’ attorneys appeared on Friday morning, where Jones’ preliminary hearing was rescheduled for Aug. 30.

Meek also appeared before Fifth District Judge Thomas Kershaw Jr. on Thursday with her attorney, Loren Bingham, in an effort to have her $200,000 bond reduced.

Bingham told Kershaw that Meek has ties in the community and a slim, if any, past criminal record. He asked that her bond be significantly reduced, or that she be released on her own recognizance.

Hatch refuted Bingham’s claims that Meek knew nothing of the drugs or money found in the room she shared with Lashbrook. The methamphetamine and $4,000 found in her purse, banded in the same way as another $12,000 found in a closet, indicated she knew about the drugs.

“She’s clearly up to her neck in this,” Hatch said, opposing any reduction in her bond.

Bingham then stated that the money found in Meek’s purse was her savings toward a new set of teeth, after an accident previously injured her mouth.

Kershaw admitted he’d heard such stories before. “It’s a very serious situation she’s in,” he said, ordering her bond reduced to $100,000. “That’s all I can do for you.”

Meek, Jones and Lashbrook remain in custody at the Twin Falls County Jail.

Did you miss any crime and court news from August? Here's a collection of the crime reports, notable arrests and important court hearings to m…

Cassia County's economic climate has improved, which caused the school district to lose federal funds to provide a free breakfast for all students.

TWIN FALLS — The College of Southern Idaho men’s basketball team added another player to the mix for the 2019-20 season.

A showdown on Common Core? Hearings could center on standards

Idahoans will get their say on Common Core later this month. 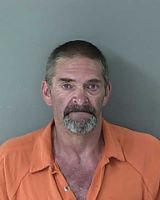 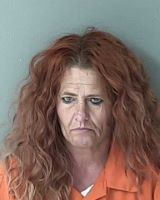 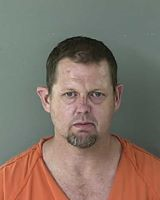