BOISE — One of the Magic Valley’s ties to the Idaho Supreme Court will soon be gone.

Justice Roger Burdick will retire from the court on June 30, after a 47-year career that touched almost every part of the court system.

He began his legal career in 1974 when he received his juris doctor degree from the University of Idaho School of Law. He worked as an attorney in Twin Falls, as a deputy prosecutor in Ada County and then as a public defender for Camas, Lincoln, Jerome and Gooding counties. In November 1980, he was elected prosecutor for Jerome County. Nearly one year later, he was appointed as magistrate judge for that same county.

“I thought being a prosecutor and a public defender was really an excellent career path, to understand both sides of criminal law, and I think that had an influence on me as I continued,” he said in a statement.

Burdick was appointed a district judge in Twin Falls County in 1993 and became known for volunteering for challenging or sensitive cases — sitting in for an unavailable justice on two Supreme Court cases regarding the bidding system for state grazing leases. In 2001 he was assigned to preside over the Snake River Basin Adjudication and became the administrative district judge for the Fifth Judicial District.

Gov. Dirk Kempthorne appointed Burdick in August 2003 to be the 53rd justice of the Idaho Supreme Court. Burdick won reelection in 2004, 2010 and 2016; his current term would have lasted until January 2023. He recently completed his second term as chief justice, as chosen by his peers, and is currently vice chief justice of the five-member court.

Throughout his career, Burdick was known for his focus on transforming the quality of the court system for the benefit of the people of Idaho. He prioritized securing highly qualified candidates for judgeships and expanding continuing education for judges. He also worked to improve the administration and management of the courts, driving change through top leadership roles with the Idaho Magistrate Judges Association, Idaho District Judges Association, Idaho Judicial Council and eventually the Idaho Supreme Court.

As a magistrate judge, he became the first magistrate member of the Idaho Judicial Council and elevated the representation of his peers within Idaho’s judicial administrative bodies, a notable part of the magistrate division’s evolution as it now celebrates its 50th anniversary.

Burdick placed a priority on embracing the Supreme Court’s administrative role in Idaho’s unified court system — growing treatment courts, enhancing guardianship monitoring, improving the juvenile court system and advocating for the resources to achieve such goals. He oversaw the adoption of new Rules of Procedure and proposed successful revisions to the Idaho Code of Judicial Conduct.

Across the breadth of his service, Burdick said, he has been struck by the dedication and professionalism of Idaho’s judges, attorneys and court clerks. He thanked all those he has worked with throughout his career, and his family for their support starting from his earliest years in Jerome.

“I don’t think people understand how lucky we are in Idaho,” he said. “You don’t get anywhere without the support of the people around you, and that’s why every day you treat them like gold.”

“Throughout his career, Justice Burdick has demonstrated how public service is a calling, not just a job,” Chief Justice G. Richard Bevan said. “His continual push for improvement and excellence in all areas has benefitted Idahoans, and we will miss his presence on the Supreme Court.”

In retirement, Burdick will apply to serve as a senior judge, taking on periodic cases to help ease the workload across the judiciary. Justice Robyn Brody will become vice chief of the Idaho Supreme Court.

In accordance with the procedure for filling midterm vacancies, a new justice will be appointed by the governor to replace Burdick from a list of two to four names provided by the Idaho Judicial Council. This justice will serve out the remainder of the unexpired term, which ends in January 2023. A nonpartisan election to elect a justice for the next six-year term will be held in May 2022.

The Idaho Supreme Court soon will have a new justice.

Amusing moment elephant drinks from a water hose like a human

Amusing moment elephant drinks from a water hose like a human 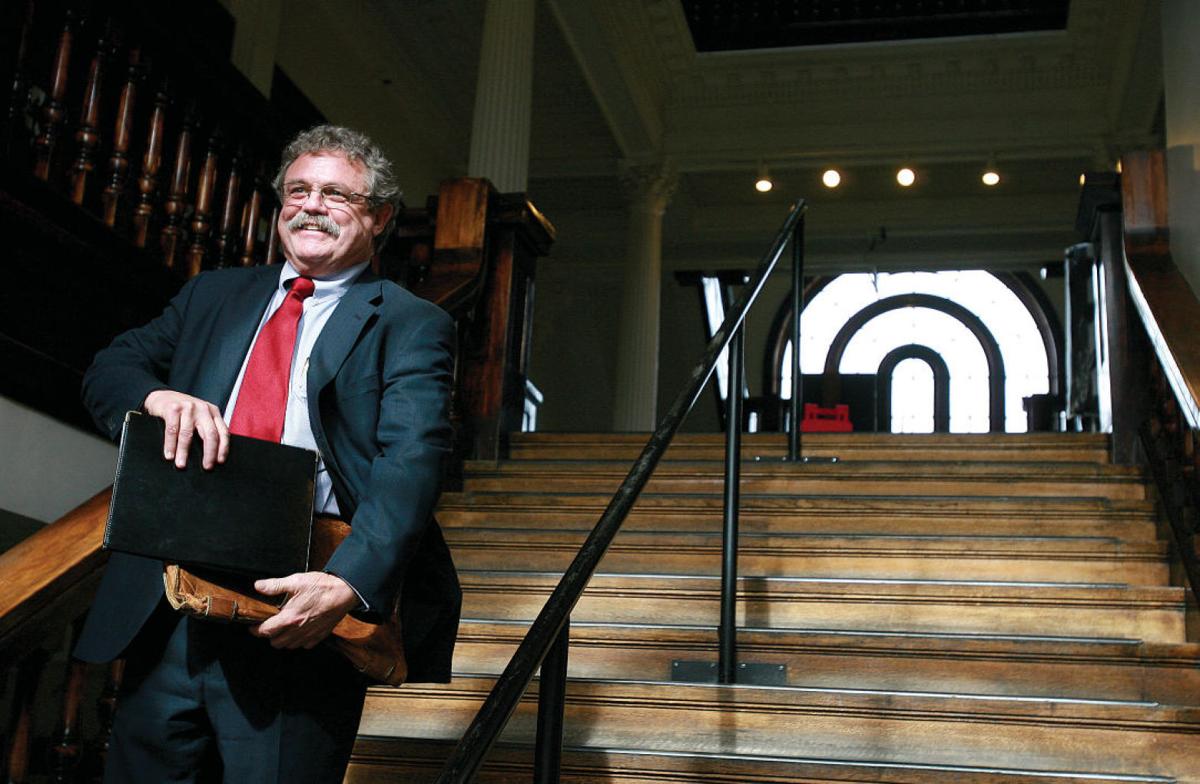 Idaho Supreme Court Justice Roger Burdick greets people as he walks down the stairs of the Twin Falls County Courthouse in this 2010 photo. 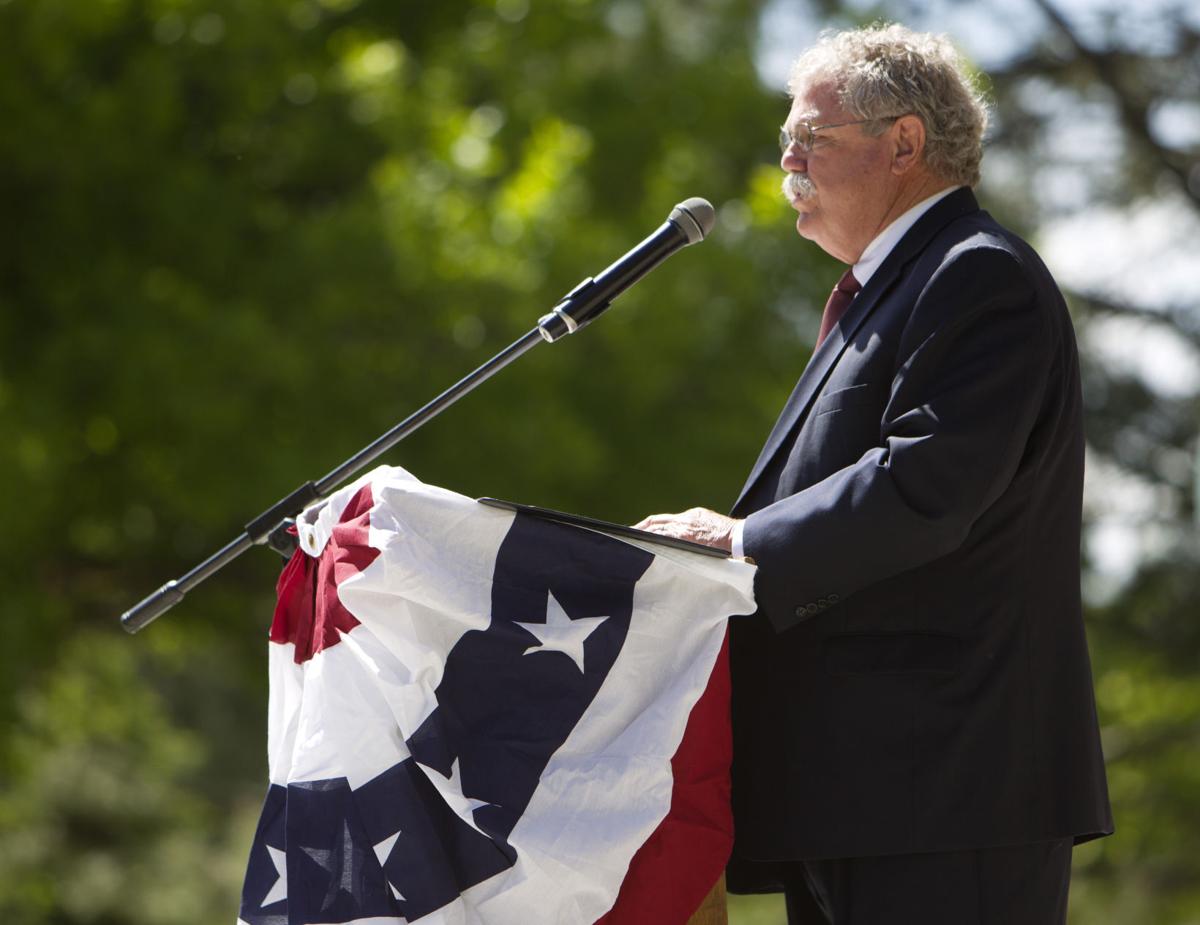 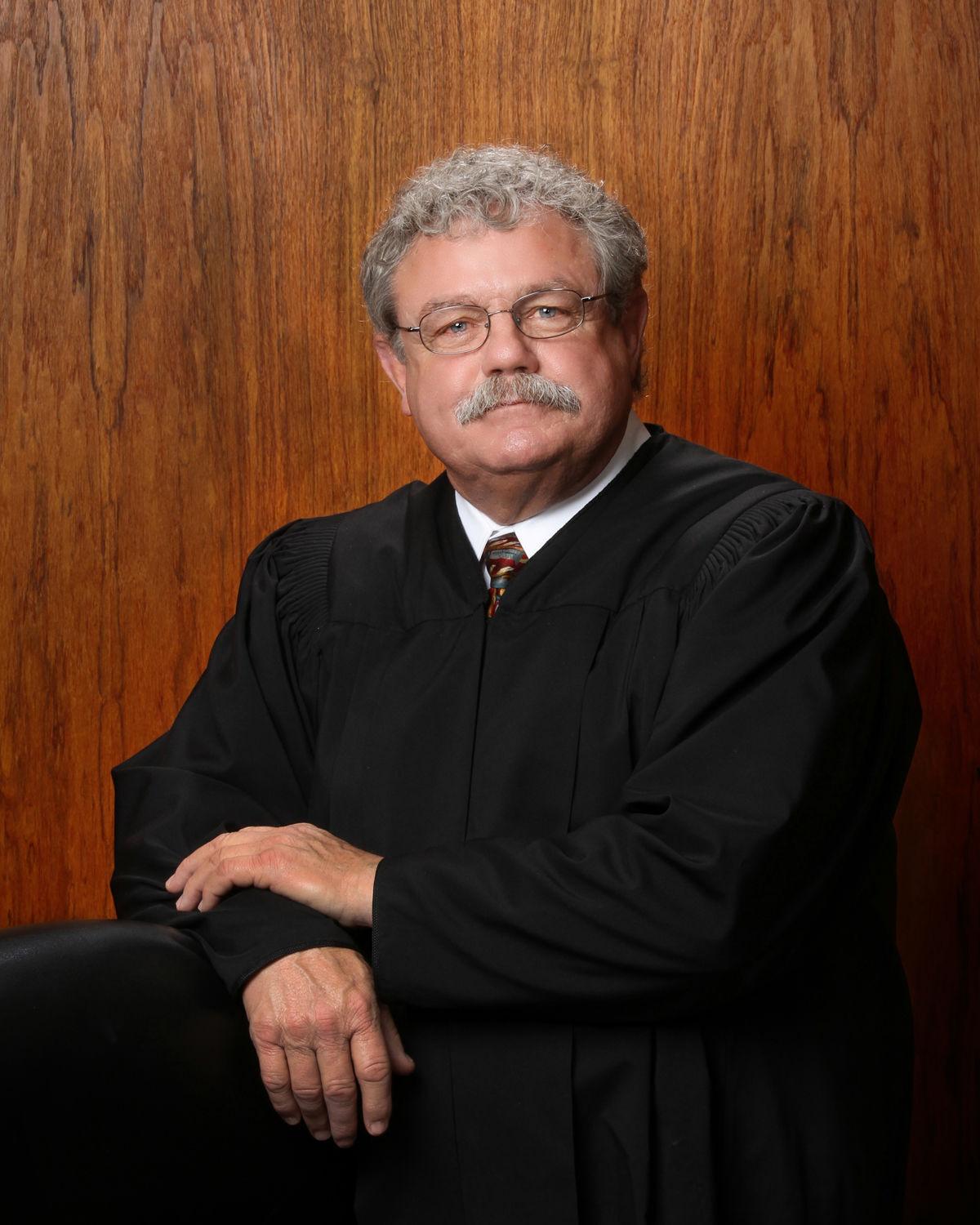