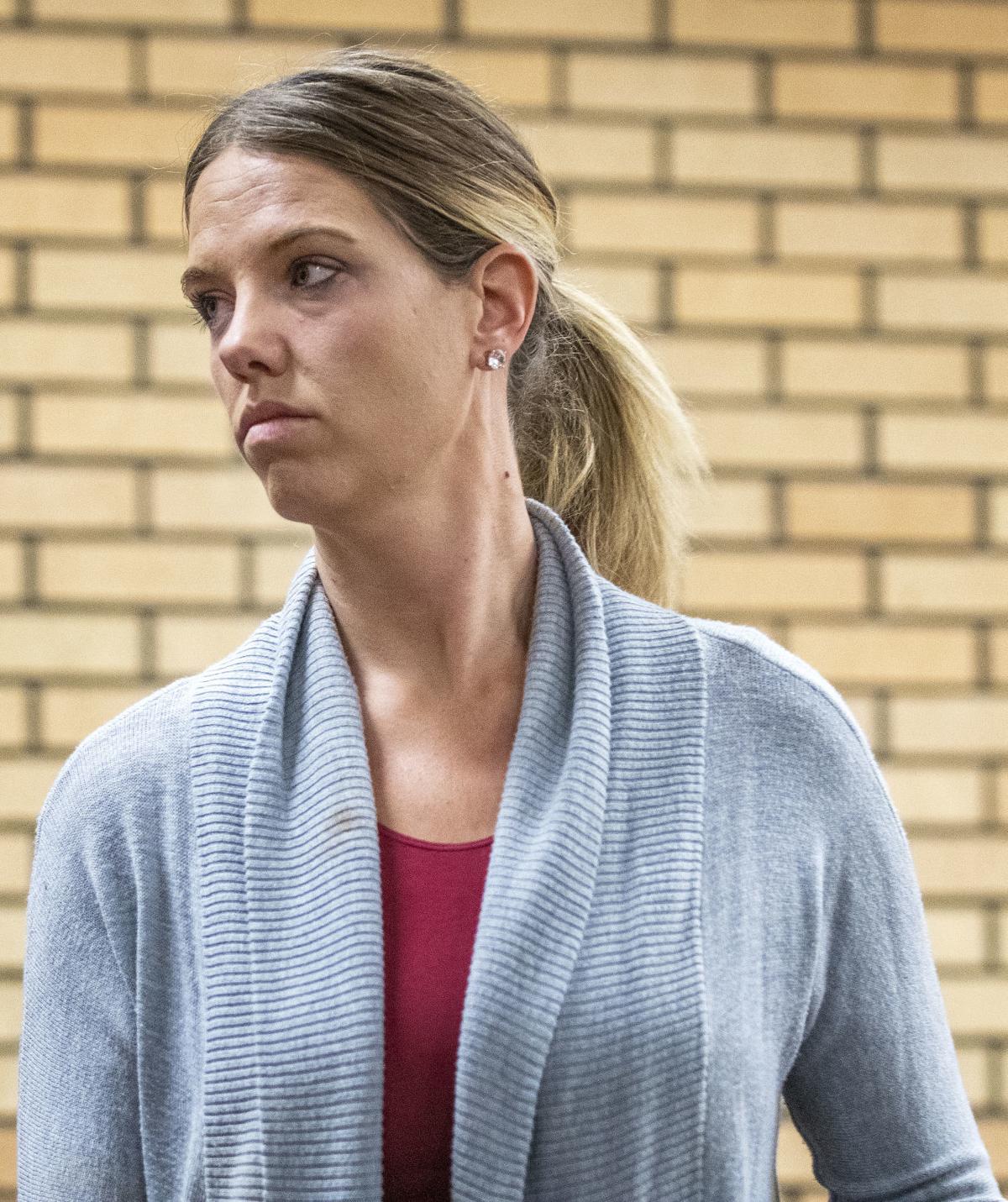 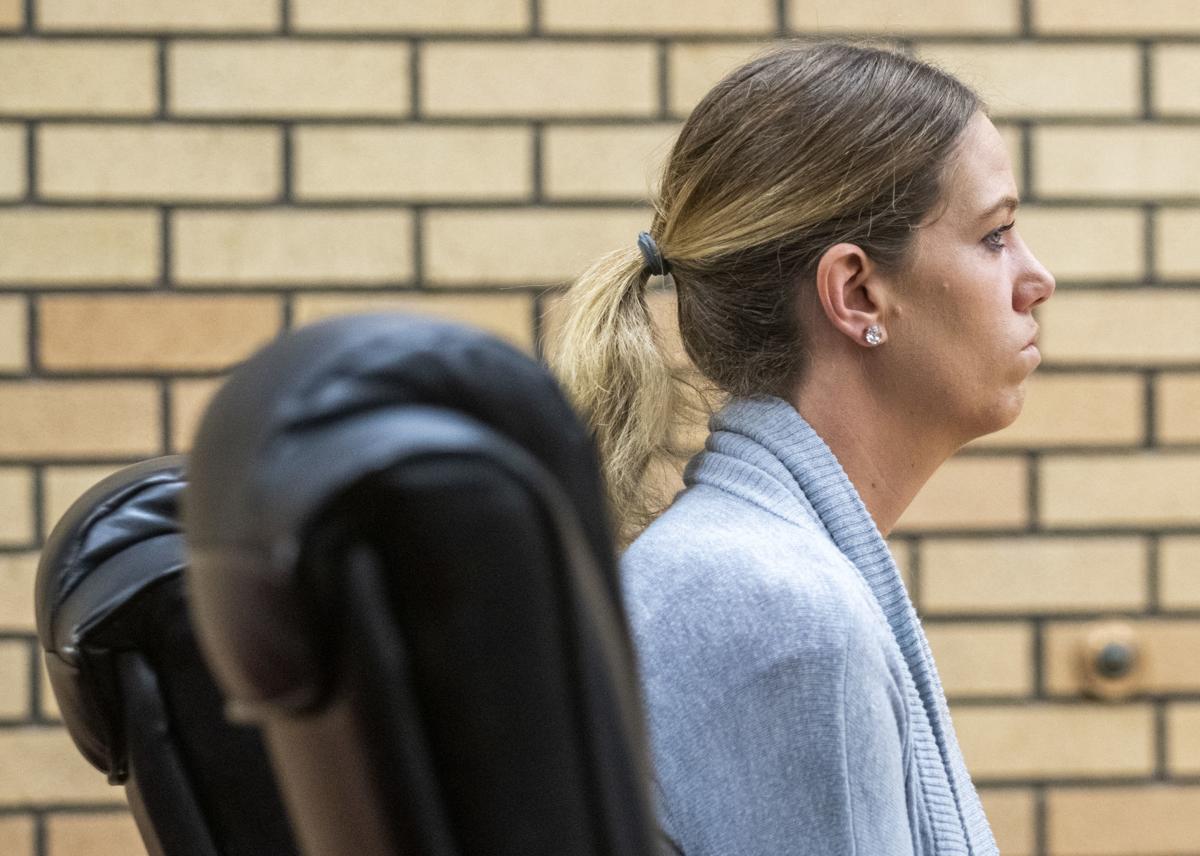 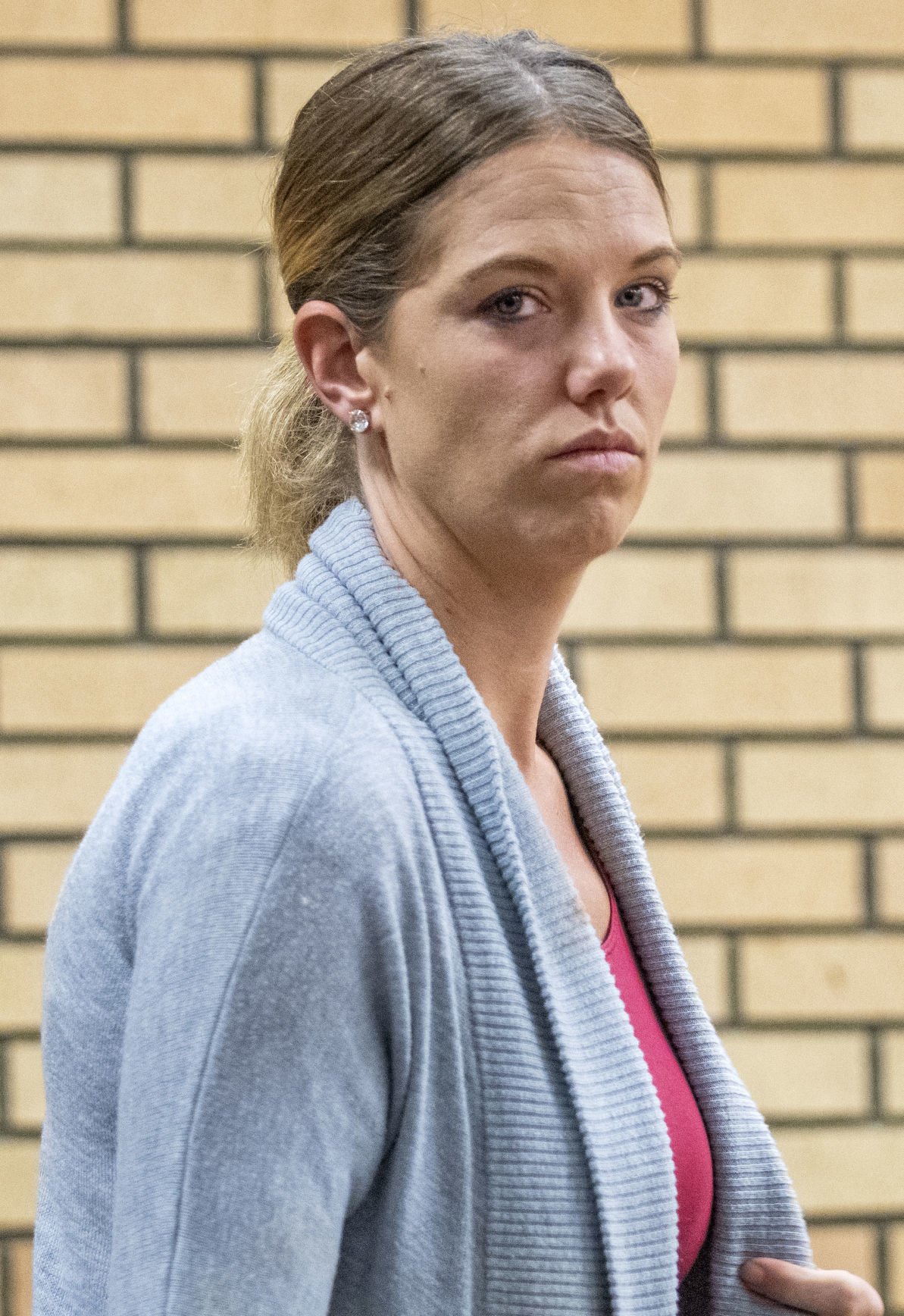 Stephanie Wells attends her pretrial hearing in November at the Gooding County Courthouse in Gooding.

GOODING — A woman charged with 19 counts of grand theft after officials said she stole more than $700,000 from a dairy is scheduled to enter a guilty plea in two weeks.

Defense attorney F. Matthew Stoppello told Emory he and Gooding County Prosecutor Matt Pember have been working on a resolution in the case, with a few details remaining to be ironed out.

Stoppello requested a date be set for a change of plea hearing.

Wells was hired by Box Canyon Dairy as chief financial officer and internal accountant in 2012. She voluntarily resigned in January as the dairy was closing its operation. Wells was charged after an investigation revealed she wrote checks to pay credit card bills and falsified payments for a loan she had with the company, court documents say.

Emory set the hearing for Nov. 26.

Wells’ Dec. 11 trial date will remain on the calendar, as well, at Pember’s request.

In addition to whatever plea agreement may be reached in the criminal case, Wells and her husband, Dustin Wells, face a civil lawsuit brought by Box Canyon Dairy in Jerome County in an attempt to recover the funds.

Dustin Wells filed a bankruptcy petition in May.

Heyburn fifth-graders brought tears to the eyes of veterans Monday during a spirited Veterans Day program.

Stephanie Wells attends her pretrial hearing in November at the Gooding County Courthouse in Gooding.