GREELEY, Colo. — The fourth day of testimony in the trial of Steve Pankey, the 70-year-old Idaho man accused of the 1984 kidnapping and murder of 12-year-old Jonelle Matthews, ended Monday evening with a tearful testimony from Pankey’s ex-wife.

Pankey was arrested in October 2020, nearly 35 years after Jonelle went missing from her Greeley home on Dec. 20, 1984. He lived in Twin Falls before a recent move to the Treasure Valley.

Monday centered around the testimony of Angela Hicks, Pankey’s ex-wife and the latest to take the stand in the month-long trial. Assistant district attorney Robb Miller addressed Hicks about her relationship with the suspect for over two hours, from the time she met Pankey up until her suspicions about his involvement in the disappearance of Jonelle emerged in 1999.

During her testimony, Miller asked Hicks if Pankey was in the room and she pointed at him and described his appearance for the court.

“It was just such a shock,” she said as she testified, referring to the discovery of law enforcement pursuing Pankey for information he was refusing to give about Jonelle in 1999.

At the time, the couple was living in Idaho when Hicks discovered Pankey didn’t pay rent for the month. Upon confrontation, he admitted he had to pay legal fees after getting in trouble with police for not giving them information about the case.

She stated an awful feeling surfaced when he said to her, “Do you really think I would hurt her when she looked so much like you?”

“It made my blood run cold,” Hicks said on the verge of tears, while reflecting back to the moment.

When Hicks heard that message, she explained to an attentive crowd of observers and jurors, she was trying not to react as her mind began flashing back to all Pankey’s suspicious behavior revolving around the disappearance of the 12-year-old girl.

That behavior dated back to the day after Jonelle went missing, according to Hicks. Around Thanksgiving, her family was invited to visit Pankey’s family members during Christmas in California.

Pankey confirmed to his wife they were not going to travel, and his mother even made plans to send their Christmas gifts to their Greeley home.

Then, on Dec. 21, Pankey came home and announced they were leaving for California the following morning. Immediately, Hicks thought about what they were going to do with their two dogs.

Pankey responded, “Don’t worry about the dogs, they’re gone.” And she never saw her dogs again, according to her statements on the stand.

After a short stay, Hicks recalled leaving California on Christmas Day when Pankey and his father got into a heated argument. As Pankey, Hicks and Mark, their young son, traveled back to Greeley, she noticed her husband’s strange obsession with coverage of the Jonelle case.

Pankey asked Hicks to turn on the radio to find news reports about the girl who went missing in Greeley on the ride back. She disclosed she spent several hours continuously flipping through channels so he could listen to every report.

Miller asked her why this was such a bizarre thing for Pankey to request his wife to do. Hicks referred back to a past story when she was listening to music in the kitchen of their home when her husband smashed the radio.

He then banned radios, TV and newspapers and told her, “This is going to be a Godly home.”

Pankey’s fixation on the case continued on. After being on the road for hours, he proceeded to drive past their home to a grocery store. He ordered Hicks to buy copies of the Greeley Tribune and the Denver Post from the past few days.

She explained that Pankey asked her to read every story involving Jonelle’s disappearance to him. He made her read some of the news stories multiple times, she said.

When the family returned home, Pankey’s ex-wife observed her husband began to dig in their front yard for multiple hours after telling her there were alleged septic problems.

Hicks said she was not aware of what the problems were, according to her testimony. But as he continued to dig, she made him food, she said in her testimony.

She went outside to tell Pankey his food was ready and he said: “Get your fat ass back in the house and don’t come back out here again,” according to Hicks.

A few days later, she observed a car engulfed in flames on her property. When she went to check it out, Pankey told her once again to go back inside.

Her husband’s odd behavior became a public spectacle while they were attending a church across the street from their home. In early 1985, their church announced plans to host a search party for Jonelle during a service.

The Pentecostal church believed in prophecy and word-of-the-lord, Hicks explained in her testimony. The pastor announced the prophecy that Jonelle was going to be found and returned home to her family.

When Pankey heard this announcement, he said “false prophet” to his wife before standing up and yelling the words once more. Hicks described her husband was agitated and pacing in the aisles before he was taken out of the church by other members.

In 1983, Pankey started an auto business where he would sell cars and parts. During that time, Hicks reported he would come and go as he pleased, whether he was biding on cars, working at a nearby auto shop, picking up cars or parts he purchased or going to church.

Prosecutors displayed evidence of past pictures of the Pankey family, their multiple residencies from over the years and the cars they owned. Miller asked Hicks if Pankey drove around a red car from one of their pictures, and she said yes.

In past testimonies from last week, Russel Baxley, a family friend to the Matthews and a property manager of the Nazarene church Pankey and the Matthews attended, reported Pankey owned an orange-red car.

During another testimony, Jonelle’s friend from church, Rochelle Davy, formerly known as Rochelle Baxley, stated she saw an orange-red car the night Jonelle went missing. Jonelle’s reaction to the car stuck with Davy because her friend seemed startled and agitated about this car.

In 1987, the Pankey family was facing financial hardships and decided to make a trip out to Texas to see if they wanted to move there, Hicks said. Pankey announced on the trip that the family was never going back to Greeley.

Greeley Police Detective Robert Cash explained Friday how his involvement in the case began in 2013 as he combed through the investigation and leads from over the years, he said during his testimony.

Cash said Pankey became a suspect just three months before Jonelle’s remains were discovered in July 2019 at an oil and gas site in rural Weld County.

The suspicions towards Pankey arose during a phone conversation between the two in regards to Jonelle’s disappearance, which involved Pankey’s fixation on the case and his thoughts on who was involved.

The almost 30-minute phone call from April 2019 was played during his testimony on Friday. Pankey talked about making deals and involving a lawyer before getting deeper into the conversation, according to Cash.

Cash also showed pictures of the area where Jonelle’s remains were found in 2019. On Monday morning, multiple people in law enforcement and forensic experts referred back to pictures from the scene when they took the stand.

Clay Buckingham, a crime analyst for the Greeley Police Department, said he responded on July 24 to the remains found at the site. Along with the bones of the body, small pieces of fabric, rodent bones, metal, buttons and black asphalt were collected, he said.

The remains were missing a lower portion of legs and the feet, according to Buckingham, which were never found.

During his testimony, he presented the evidence he collected at the scene, which included:

Prior to the autopsy, Buckingham said he believed the remains belonged to Jonelle because the clothing matched what she was wearing the night she disappeared and the skull had braces, just like Jonelle.

Weld County Coroner Dr. Michael Burson took the stand Monday afternoon to talk about his role in examining the body and determining the cause of death.

As an expert in Forensic pathology, Burson walked court attendees through the process of his examination, and showed pictures he took of the remains back in July 2019.

A defect was found on the left frontal lobe that exited the back of the head, which was a “characteristic of a gunshot wound,” according to his testimony.

The cause of death was determined to be from the gunshot wound and there was no other signs of apparent trauma anywhere else on the remains, he said. The forensic expert confirmed the manner of death was homicide.

During cross-examination, Defense Attorney Anthony Viorst, brought up the lack of ability to determine the range of the shooting and the type of caliber used due to the age of the remains.

Greeley Police Detective Grady Jackson, who offered assistance to the case through his expertise and knowledge about the farming land and area where Jonelle’s body was found, took the stand as well. He testified he completed two tests to determine how long it would take to dig a grave in the area and confirmed it only took a few minutes.

Other witnesses to take the stand included Dr. Diane France, a forensic anthropologist, who had a role in examining the body and scene for “skeletal clues.” France will likely be recalled to testify again in the trial, according to Judge Timothy Kerns.

Pankey admits to lying about Jonelle Matthews case, maintains he wasn’t involved: ‘I made a lot of stuff up’

Steve Pankey, the former Twin Falls resident on trial for the 1984 murder of Jonelle Matthews, testified that he lied about the case to law enforcement over the years, out of bitterness against his former church, his former supervisor and police.

Days after a mistrial was declared in the case against him, Steve Pankey's attorney left the case. 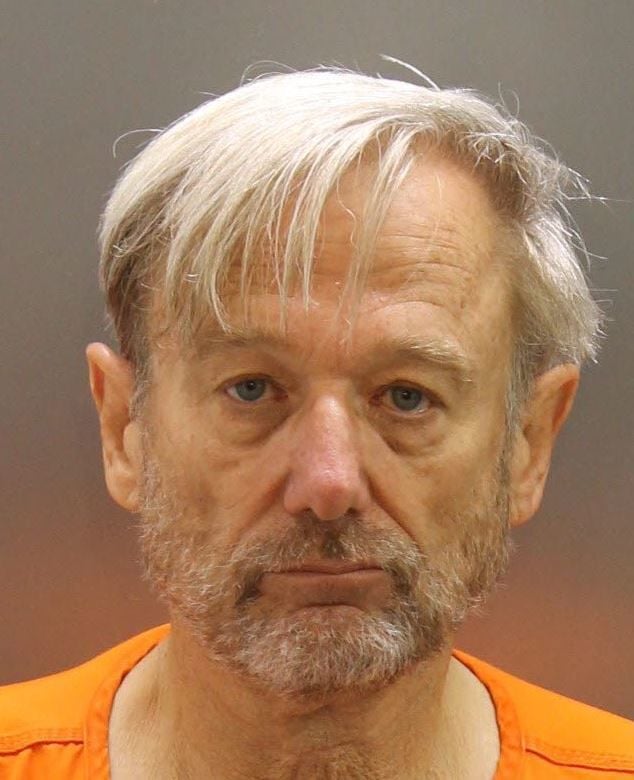 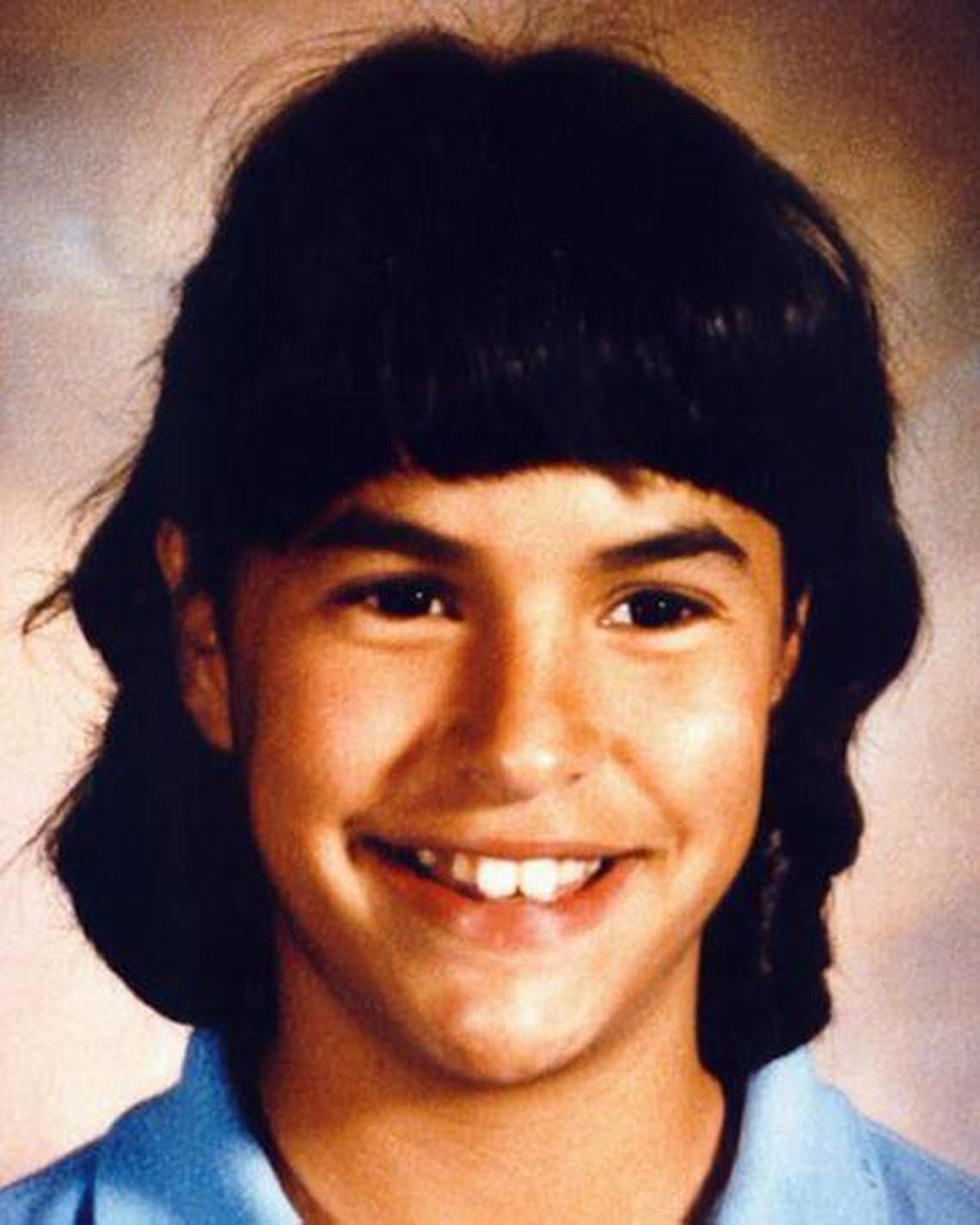