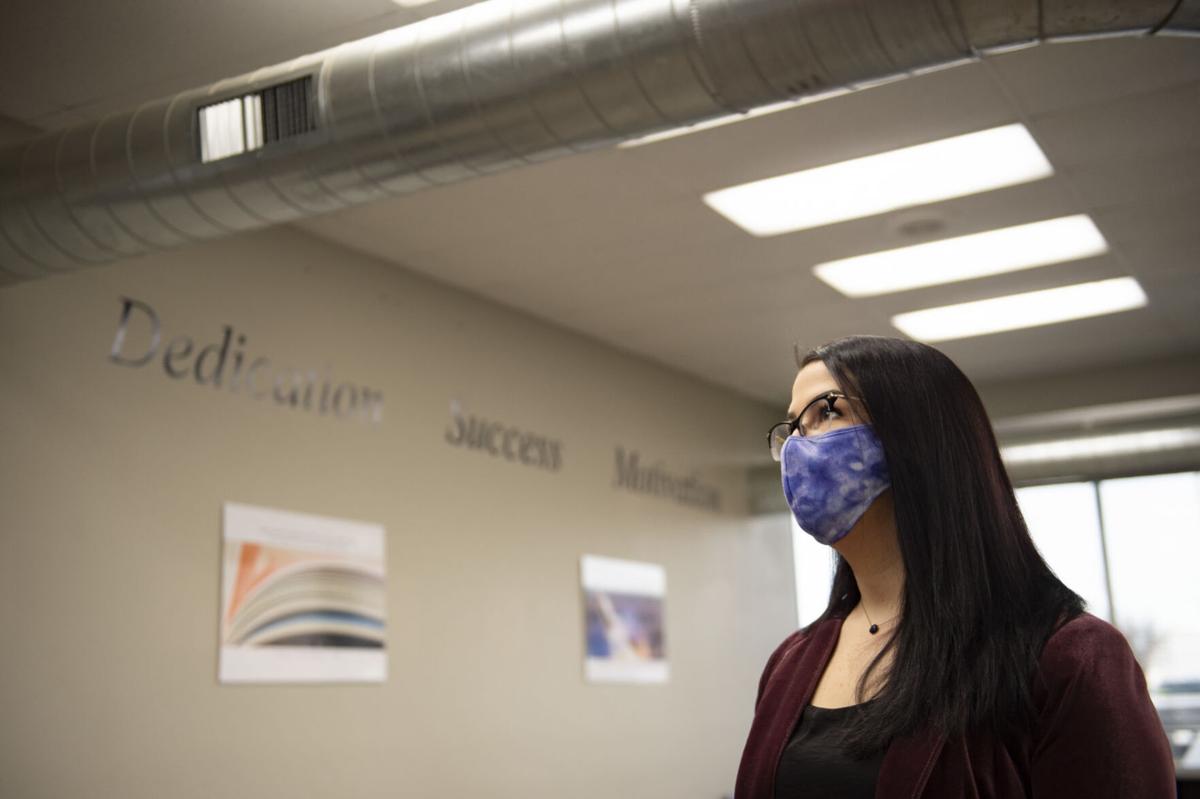 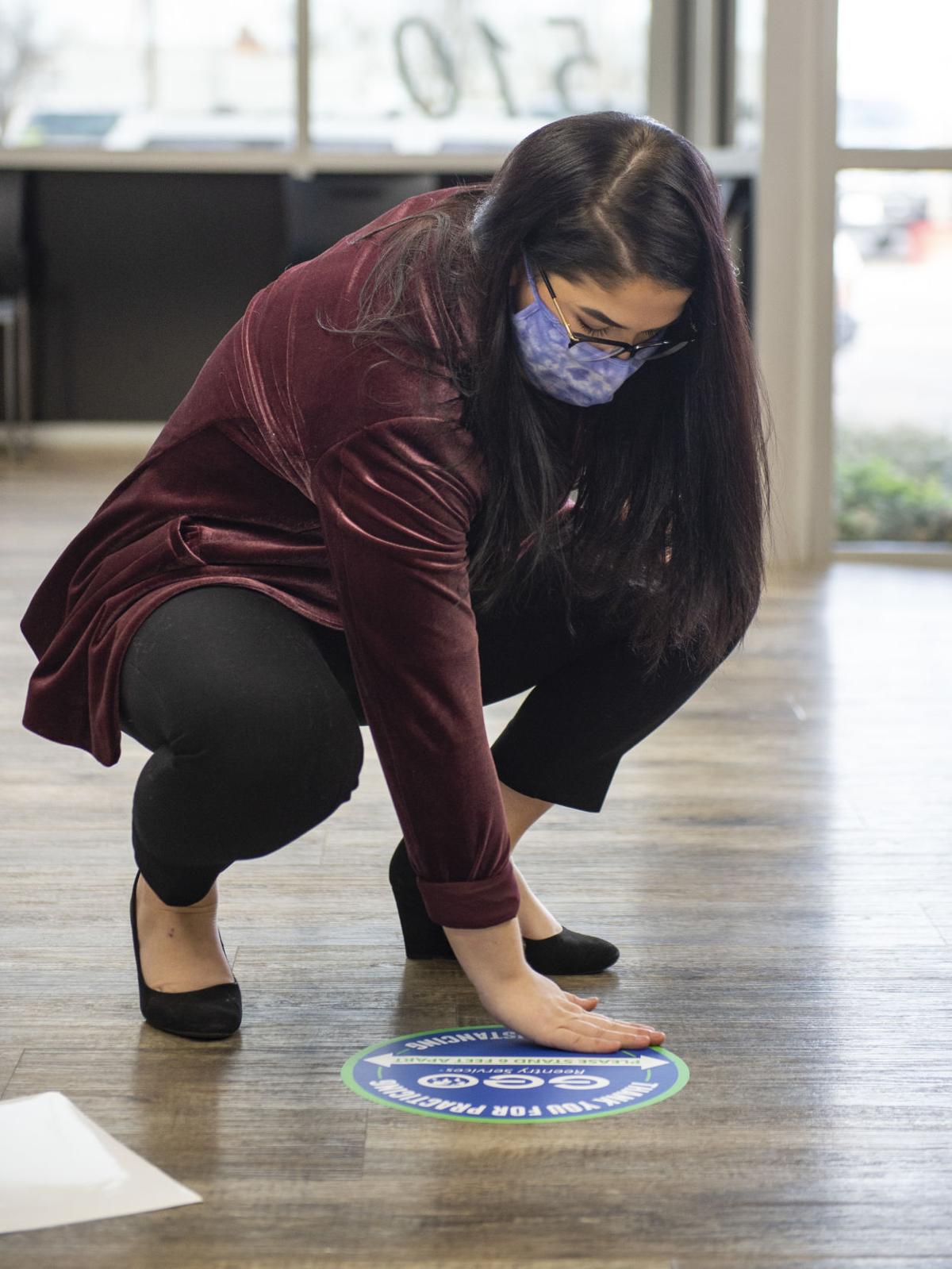 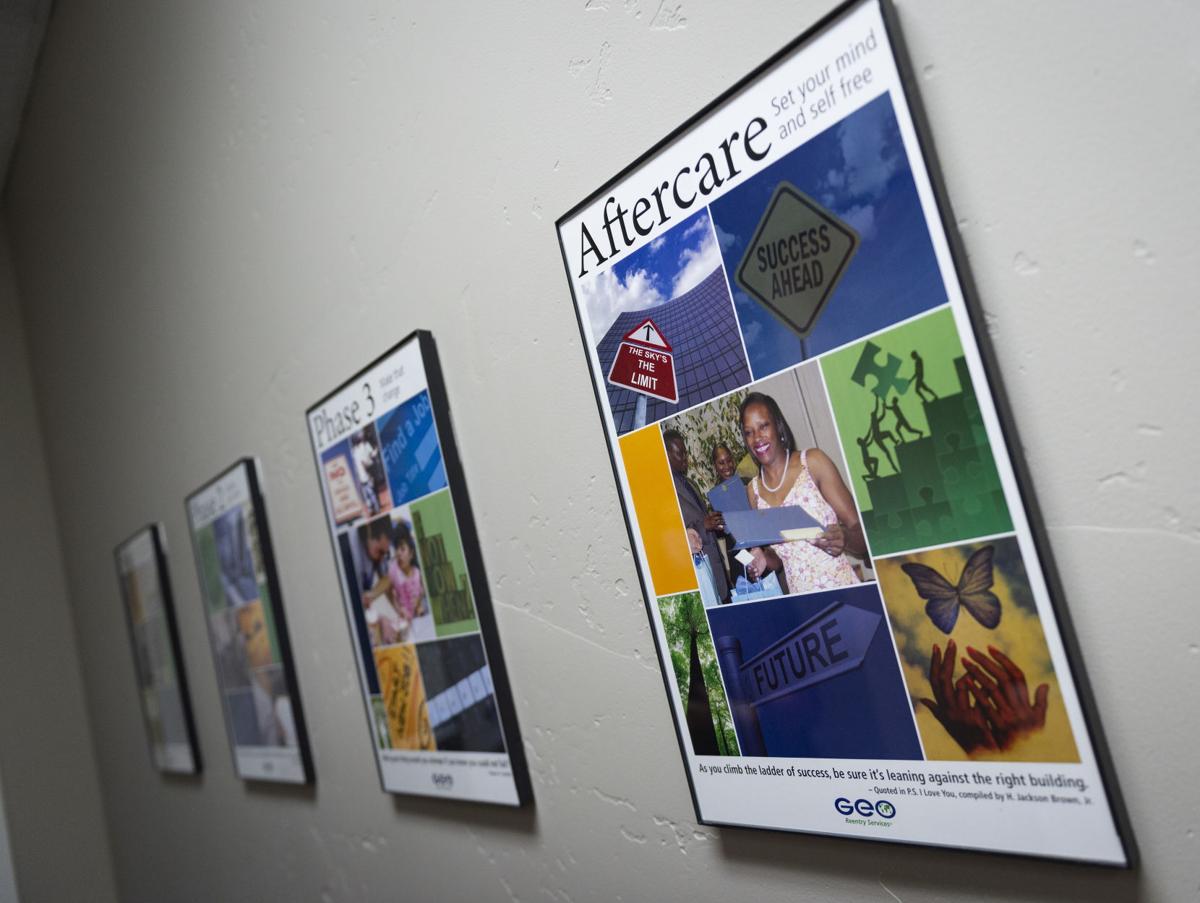 Three phases, including aftercare, posters are hung up Monday at the Geo Reentry Services in Twin Falls.

TWIN FALLS — A new center designed to keep people on probation and parole from reentering the prison system opened in Twin Falls on December 14.

Geo Reentry Services has a contract with the Idaho Department of Correction to run this “Connection and Intervention Station,” as well as others in Boise, Coeur d’Alene and Idaho Falls. Geo Reentry Services is a division of the Geo Group, which operates similar reentry programs and private detention facilities throughout the U.S.

Collin Widmier, manager of probation and parole for IDOC District 5, said that officers refer people to the station based on the results of an assessment that weighs the client’s history of substance abuse issues, mental illnesses and employment record. If, based on these results, the person is a moderate or high risk of returning to jail, officers may refer the person to this program.

“Anyone on probation, if they are new or are coming off another program, or are a parolee coming out of prison that might be struggling with substance abuse, mental health, trauma, employment or coping skills, we can refer them to Geo [Reentry Services], who will then provide case managers to work with these people on a daily basis,” Widmier said.

Geo Reentry Services statewide manager Evette Navedo said that after a person is referred to the station, he or she is connected with a case manager who helps create a customized treatment plan that outlines tangible goals for that person to achieve. The client then goes through a three-phase process over the course of their program.

Kristen Heller, program manager of the Twin Falls location, said that during the first phase, staff at the station help clients with essential needs, such as dealing with homelessness. During the next phase, the staff focuses on behavioral changes, such as anger management or substance abuse issues. During the third phase, the staff continues helping clients who are doing well as they look for employment or enroll in school. After completing the program, which varies in length from four months to one year, clients are then welcomed back to the station to act as mentors for other people going through the phases.

The program is designed to treat the underlying issues that have contributed to a person committing a crime. For example, Widmier said the majority of the people on probation and parole struggle with substance abuse, but underneath this abuse is often some sort of trauma that can hopefully be treated through this program. The program was funded by the state Legislature as a way to reduce recidivism as jails throughout Idaho struggle with overcrowding issues.

“Our whole goal is to not place them into custody,” Widmier said. “We’re hoping we can provide the treatment so they’re not placed back in the jail system.”

Since opening, the IDOC has referred six people to the station, but Heller said that number will ramp up after the new year. The station can serve up to 65 people at one time and up to 240 people a year. IDOC District 5, which includes all of the Magic Valley, oversees more than 2,000 people on probation or parole.

Heller said this new program will benefit the community, while helping a segment of the population that is often underserved. Although the center has only been open for two weeks, she has already noticed a difference with some of their clients.

“A lot of people in prison are capable of change,” Heller said. “If we pour into them, they will pour back into us.”

It may not be a long-term solution, but the county is wrapping up construction on an addition to its jail that will alleviate some of the facility’s overcrowding issues.

Paroled during a pandemic: What it's like leaving an Idaho prison right now

Leaving prison has always been hard. It's more so during a pandemic. But a Twin Falls woman is trying to make it less so.

During his State of the State speech, Gov. Brad Little proposed $2.7 million to open a facility to allow low-risk inmates live and work in Twin Falls prior to their release.

Three phases, including aftercare, posters are hung up Monday at the Geo Reentry Services in Twin Falls.