Skip to main content
You have permission to edit this collection.
Edit

Each year, the Idaho State Police release the Crime in Idaho Report. It's a snapshot look at the state's crime, and a compilation of data from almost all of the state's law enforcement agencies.

Overall, crime rates in Idaho are down. In 2019, there was a 7.36% decrease from 2018 Group "A" offenses. Group "A" offenses include crimes against persons (like murder, rape and kidnapping), crime against society (like drugs, gambling and animal cruelty) and crimes against property (like robbery, theft and destruction of property). There was a 8.80% decrease from 2018 in the National Incident-Based Reporting System crime rate. Violent offenses were slightly up.

As the Idaho Statesman reported, there were 38 total hate crimes reported, marking a 46.15% increase from 2018.

When police say a case is "cleared" they almost always mean an arrest was made for the crime. It could also mean the offender died, a victim refused to cooperate, extradition of the offender was denied or a few other reasons.

In an effort to depict the nature and volume of crime in a particular community and avoid data being reported more than once, jurisdictional reporting guidelines are established for law enforcement agencies participating in the Uniform Crime Reporting Program.

* When two or more law enforcement agencies respond and/or are involved in an investigation of the same offense, or share respective jurisdictions under agreement, the 'primary' or 'lead' investigative agency will report the incident.

* Agencies report only those arrests made for offenses committed within their own jurisdictions.

* Recovery of property is reported only by the agency that first reported it missing and/or stolen, regardless of who or what agency recovered it.

* If an agency refers an investigation to another law enforcement agency, the original reporting of the incident is transferred to the receiving agency, unless otherwise specified by an agreement between the agencies

* Federal agencies report offenses within their investigative jurisdictions if they are not being reported by a local/state law enforcement agency.

The lowest population county in our eight-county region at 1,134 people.

Four people were arrested in the county in 2019.

Back the Blue event

In 2019, the Twin Falls Police Department was staffed by 77 sworn law enforcement officers and 20 support services personnel for a total of 97 employees.

During 2019, the Twin Falls City Communication Center managed about 54,427 calls for service.

Hate crimes rose in Idaho last year, state police say. This city had the most reported

Hate crimes rose in Idaho in 2019 by more than 46%, according to a new report released last month by the Idaho State Police.

There were 38 hate crime incidents reported to Idaho law enforcement agencies across the state in 2019, compared to 26 in 2018. The vast majority of incidents — 19 in total — were logged by the Boise Police Department, according to Crime In Idaho 2019 report compiled by the Uniform Crime Reporting section of the Idaho State Police.

The report defines a hate crime as a criminal offense committed against a person or property which is motivated in whole or in part by the offender’s bias against a race, national origin, religion, sexual orientation, mental or physical disability or ethnicity. However, Idaho’s Malicious Harassment statute in Idaho Code 18-7902 still doesn’t mention gender or sexual orientation

“One hate crime is one too many in our community,” said Ron Winegar, deputy chief for the Boise Police Department. “We take every instance of an alleged malicious harassment in our community very seriously and devote significant resources to investigating and resolving those incidents. When the elements of such a crime are able to be proven, we strongly support prosecution of the alleged offender(s), as well as offer our unwavering support to victims.”

Overall, 15 incidents were anti-Black, 11 were anti-LGBTQ and five were anti-Hispanic or Latino. Of the reported incidents, 28 involved intimidation or simple assault, seven were aggravated assault, and three involved the destruction of property.

About 15 minor injuries resulted from 2019’s reported hate crime incidents, and “personal weapons” were used in some way in 61% of the incidents, according to Idaho State Police data.

Of the 38 incidents, the Idaho State Police reported that 17 of the incidents were “cleared.” Offenses are considered to be cleared when at least one offender is arrested for a crime or the reporting agency clears the offense by exceptional means when a physical arrest is not possible.

“Idaho gathers hate crime information as an additional element and/or characters of the offenses reported by law enforcement,” the report says. “... Accurate data collection for hate crime depends heavily on proper training of law enforcement to recognize such incidents and the cooperation and desire of law enforcement communities to report these offenses without the influence of special interest groups, media and politics.”

The release of this year’s report, published annually in July, comes just weeks after police began investigating anti-LGBTQ vandalism at the College of Idaho in Caldwell.

Multiple Pride flags were taken down and vandalized a day after students held a Pride Month celebration on campus, the college reported. Caldwell police are now looking for a person of interest reportedly seen on a surveillance camera in the area, and the incident could be categorized as a possible hate crime.

The 2020 reports are not finalized, according to Idaho State Police, as the reports on the list are updated and verified weekly. This list does not yet include College of Idaho incident, as the database doesn’t list any reports filed with the Caldwell Police Department.

The number of hate crimes reported in 2019 still does not match the five-year highs of 2016 and 2017, when 44 and 51 hate crimes were reported statewide, respectively. 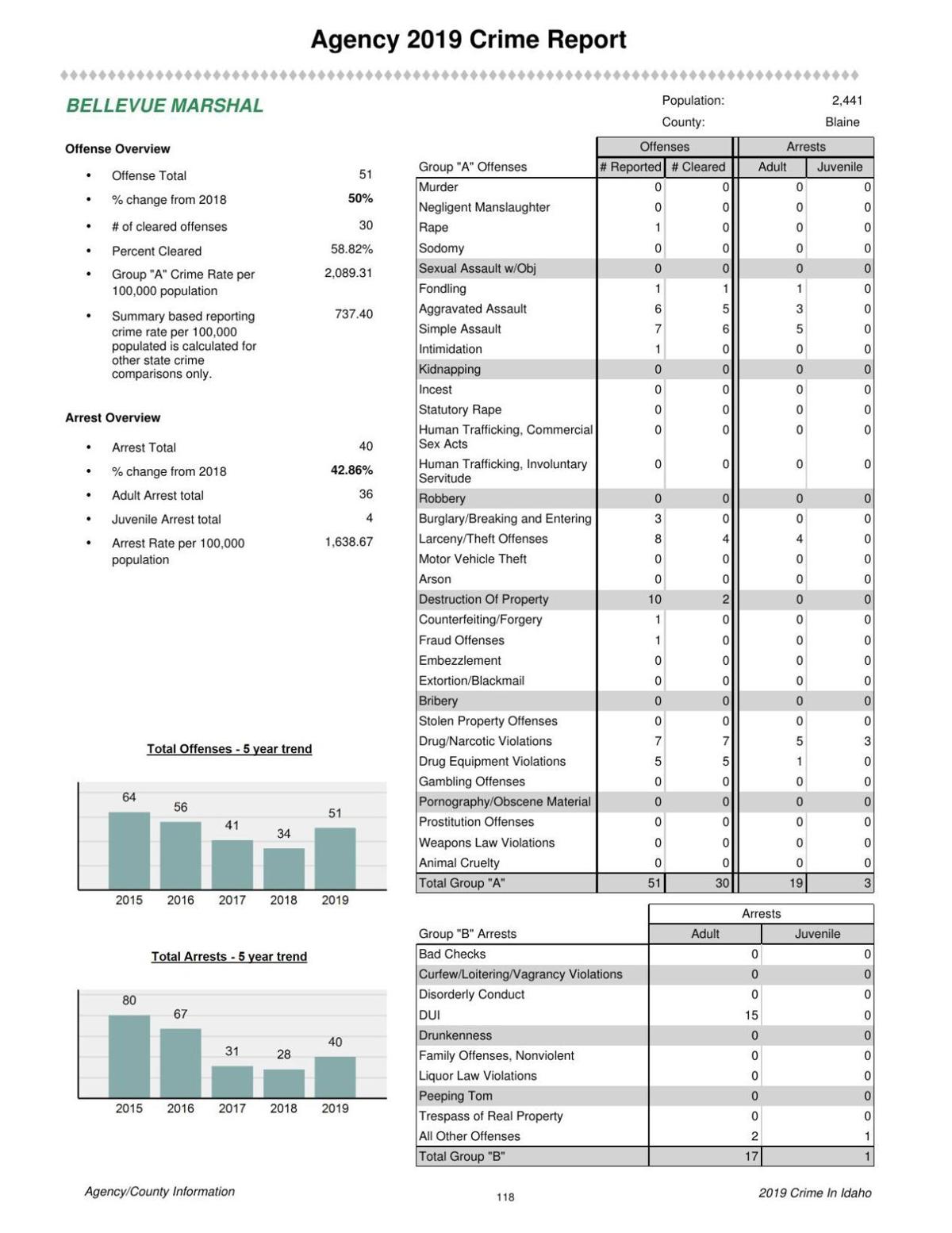 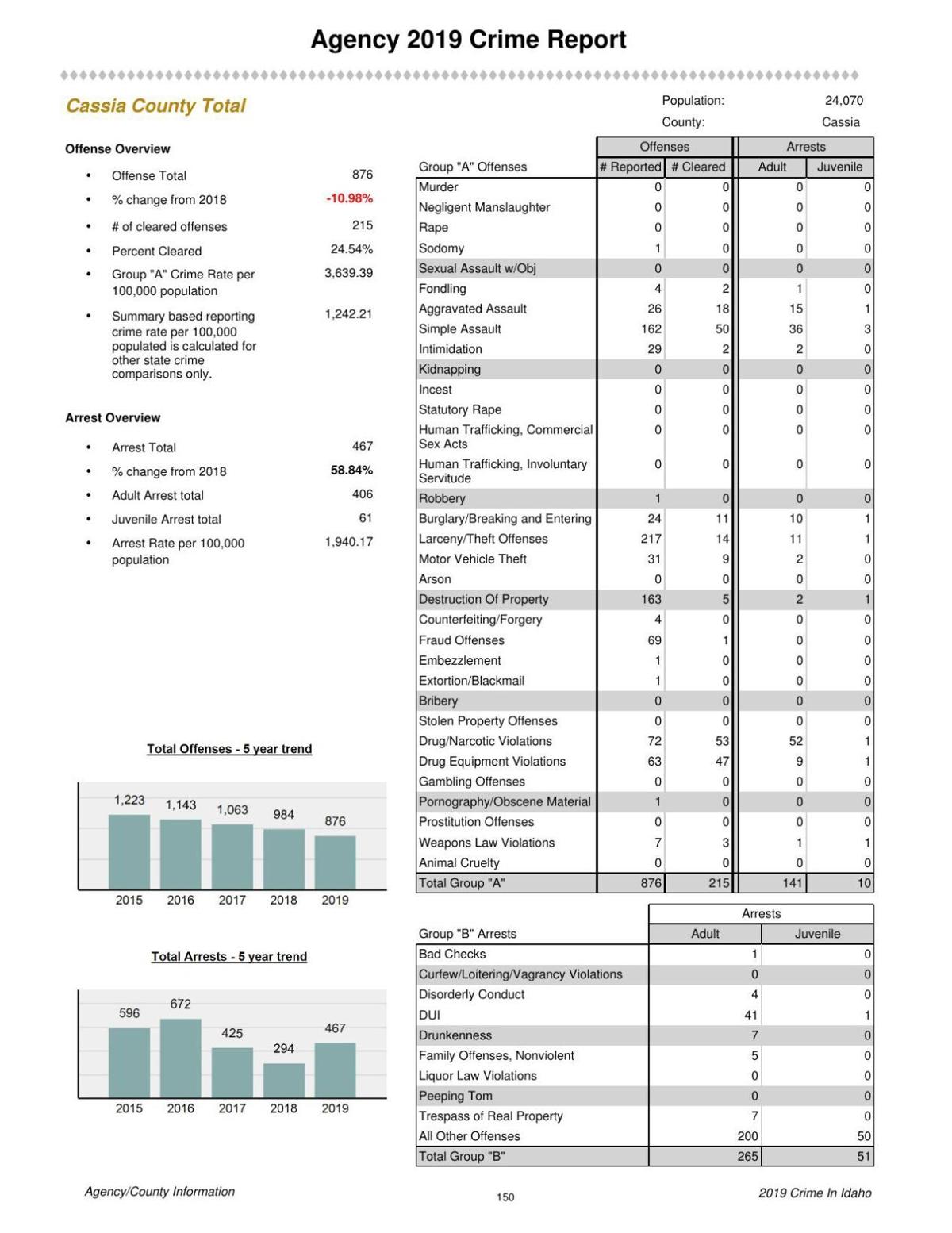 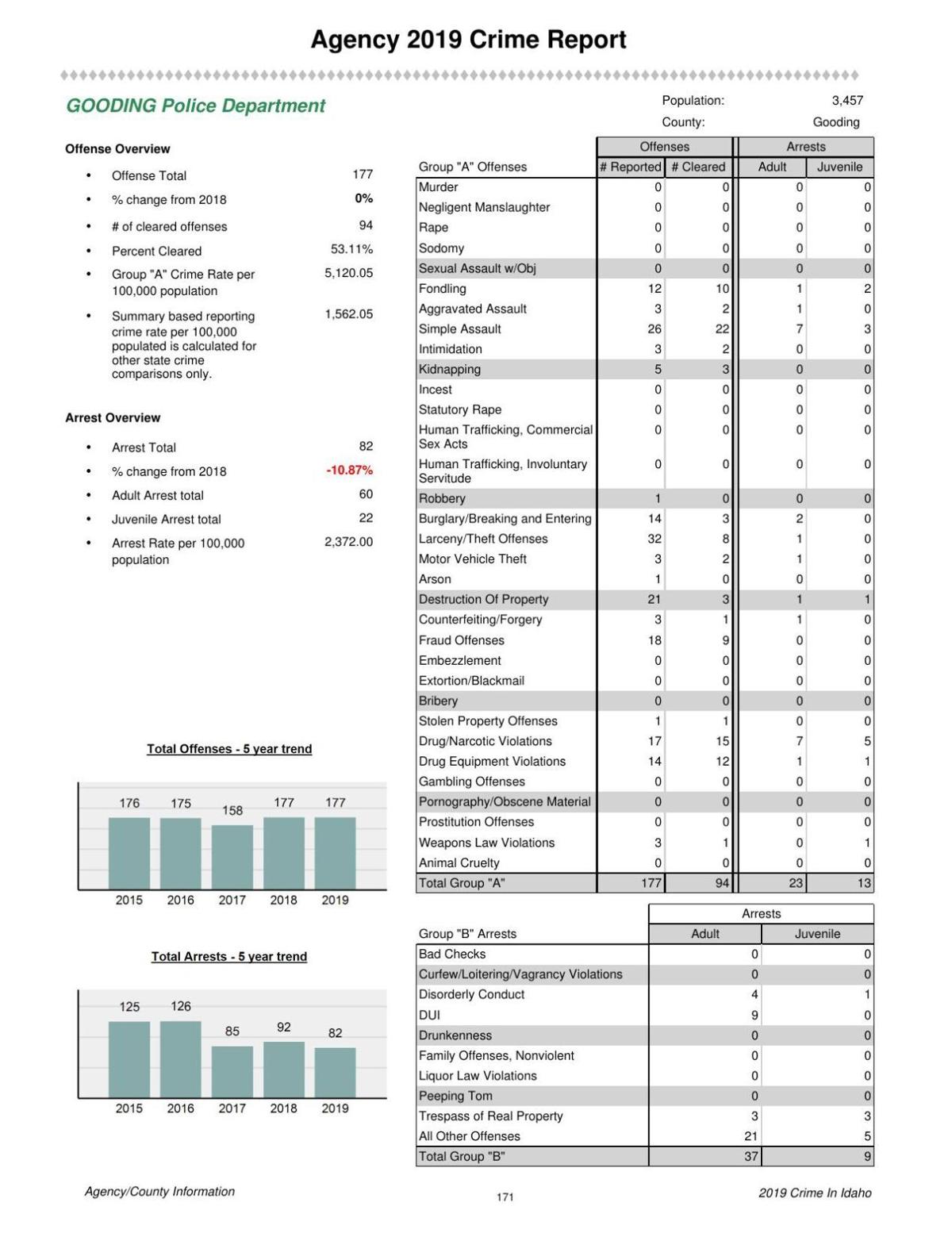 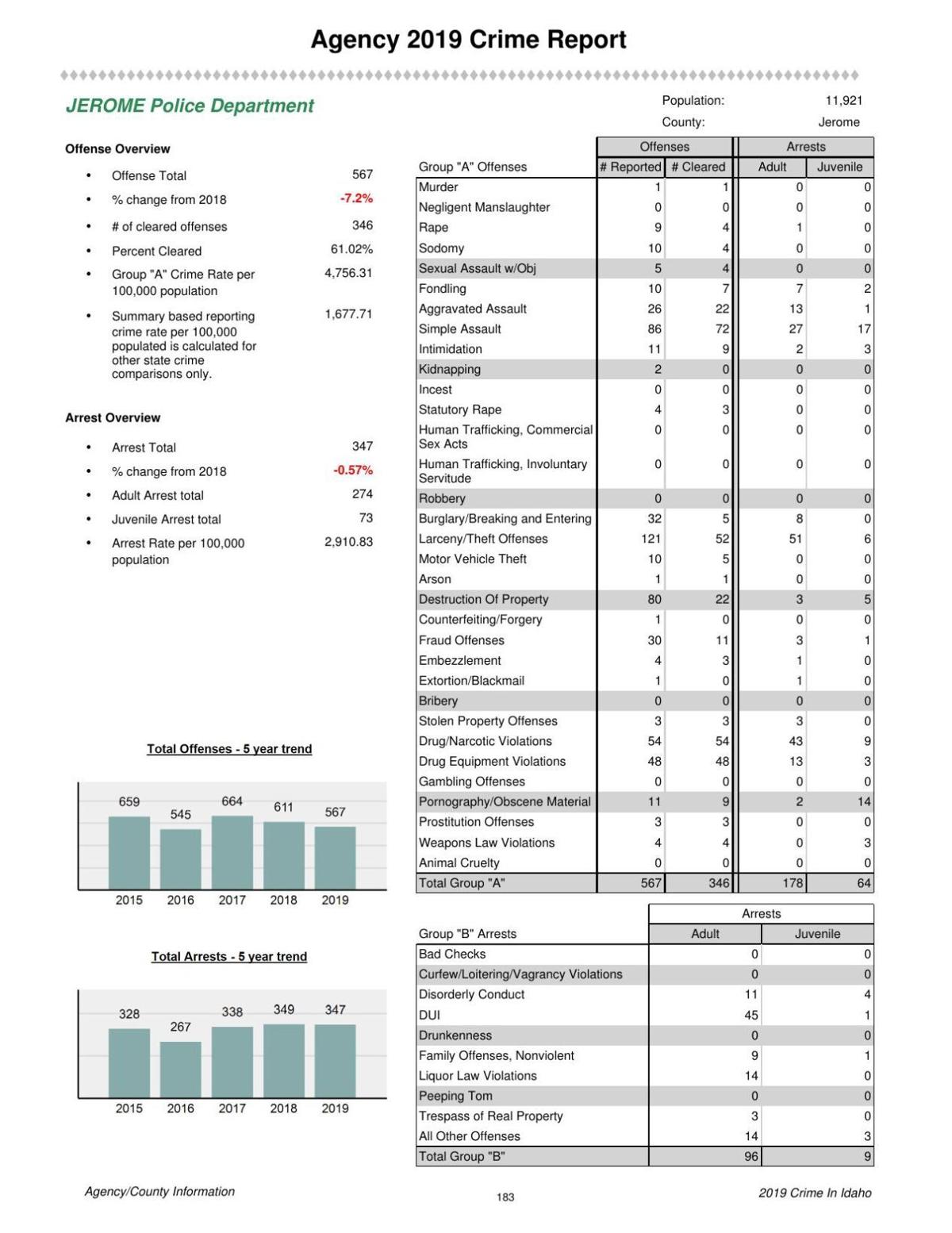 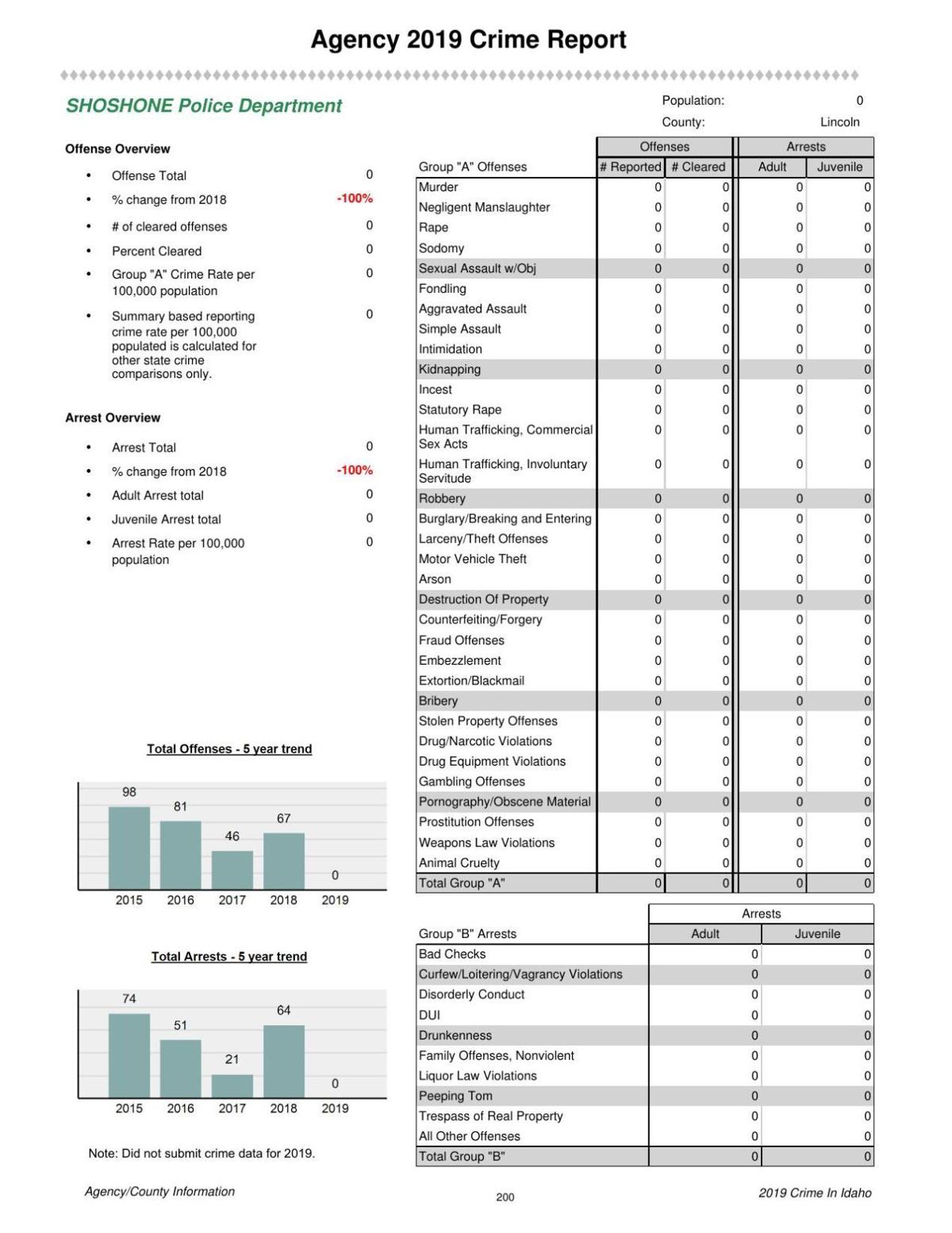 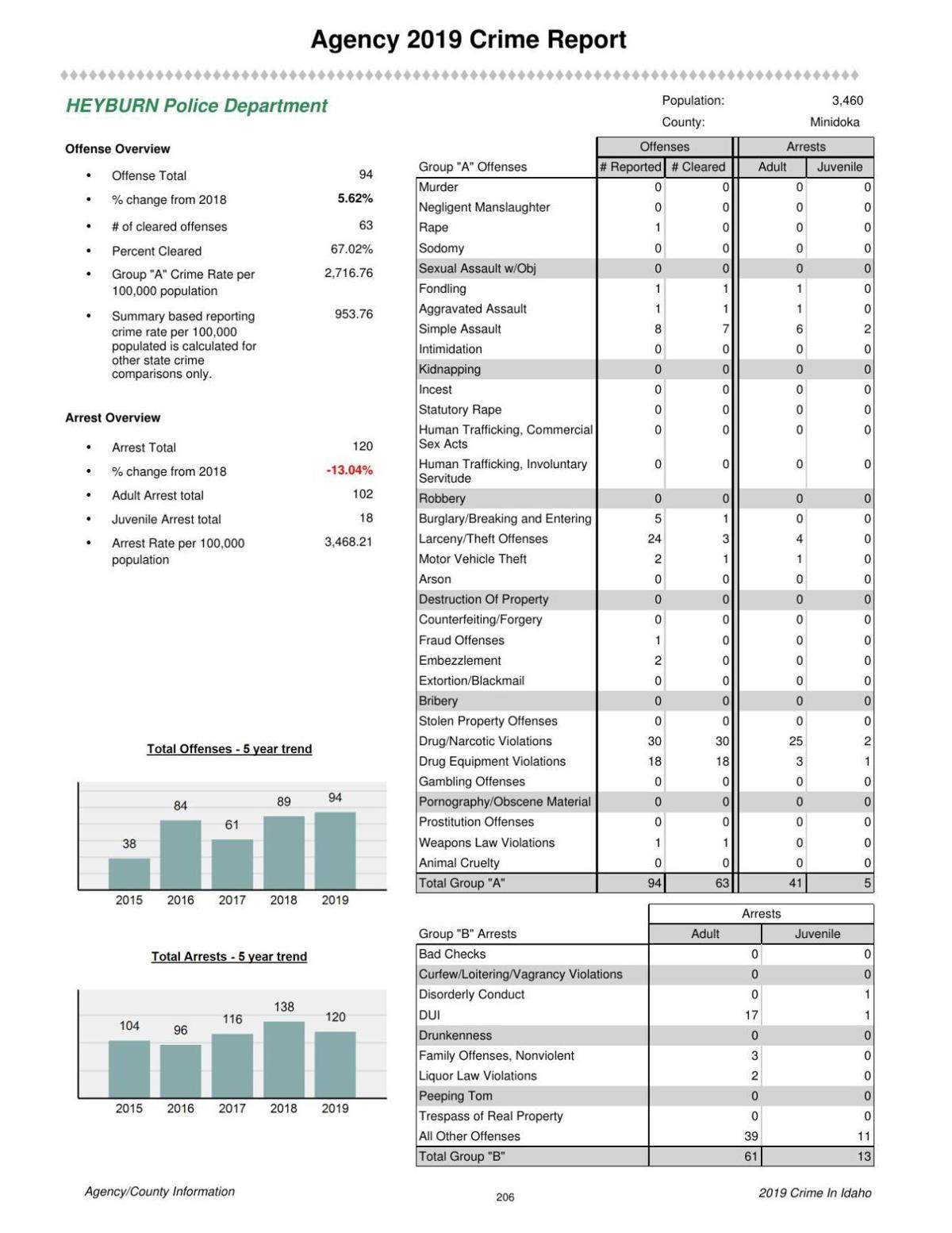 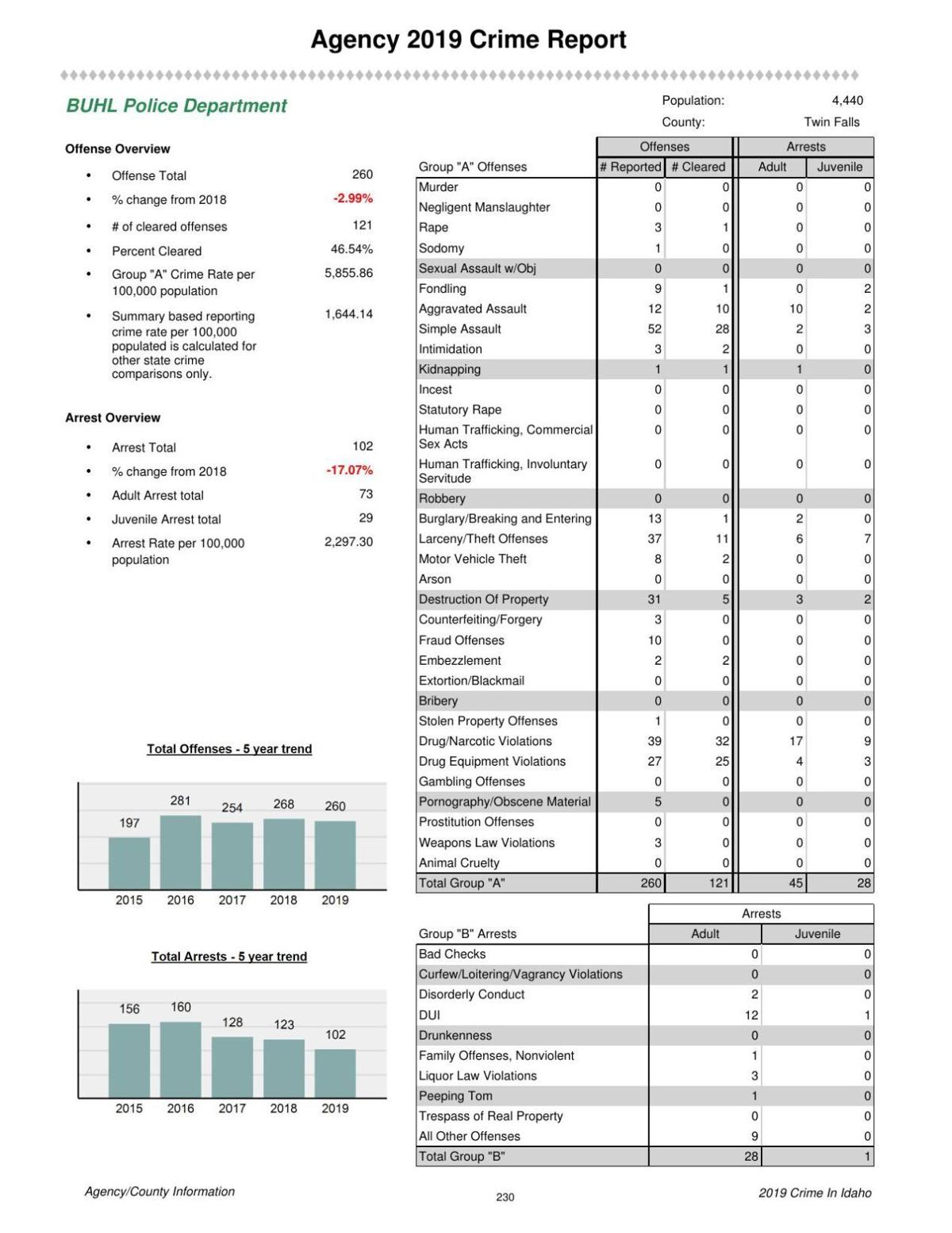 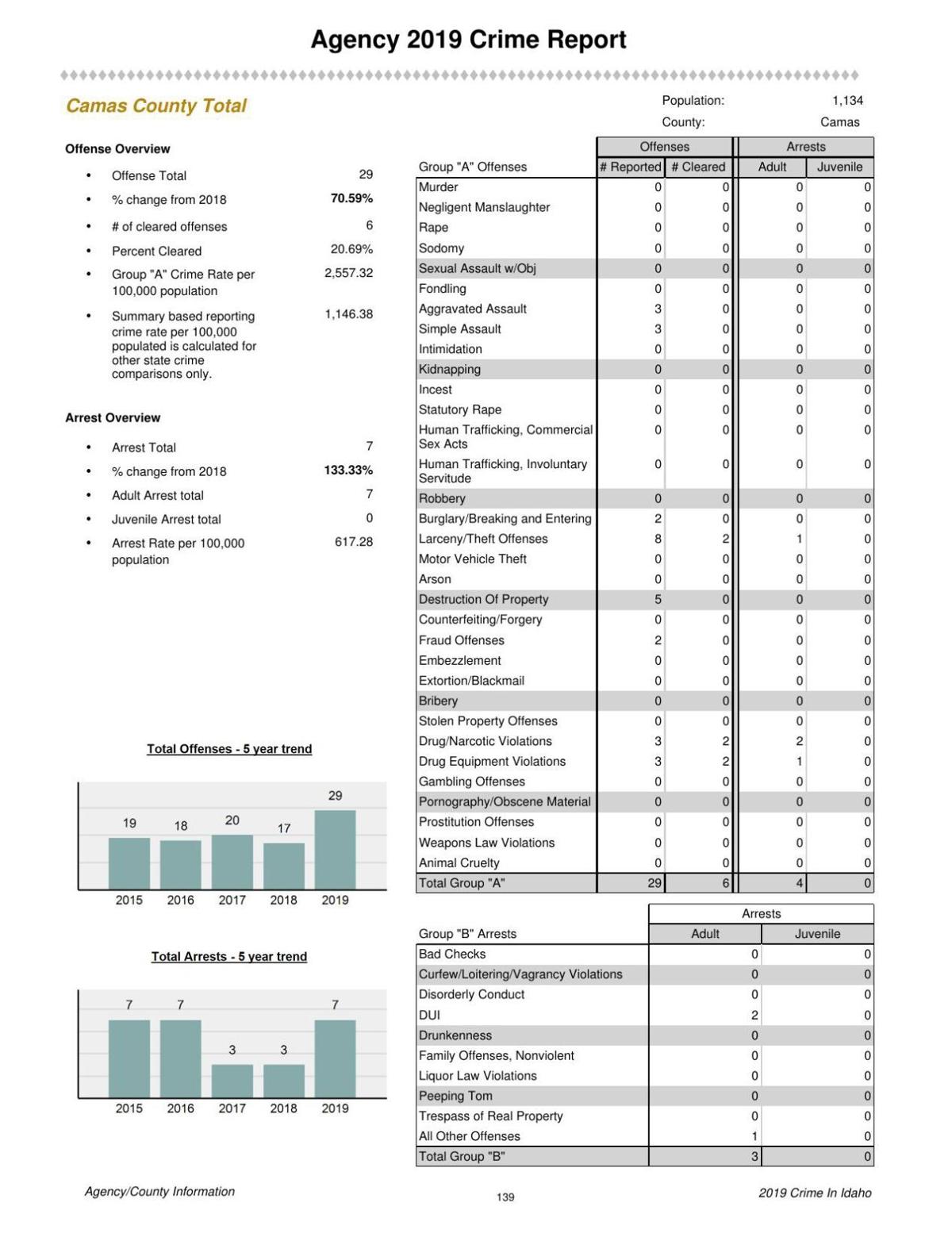 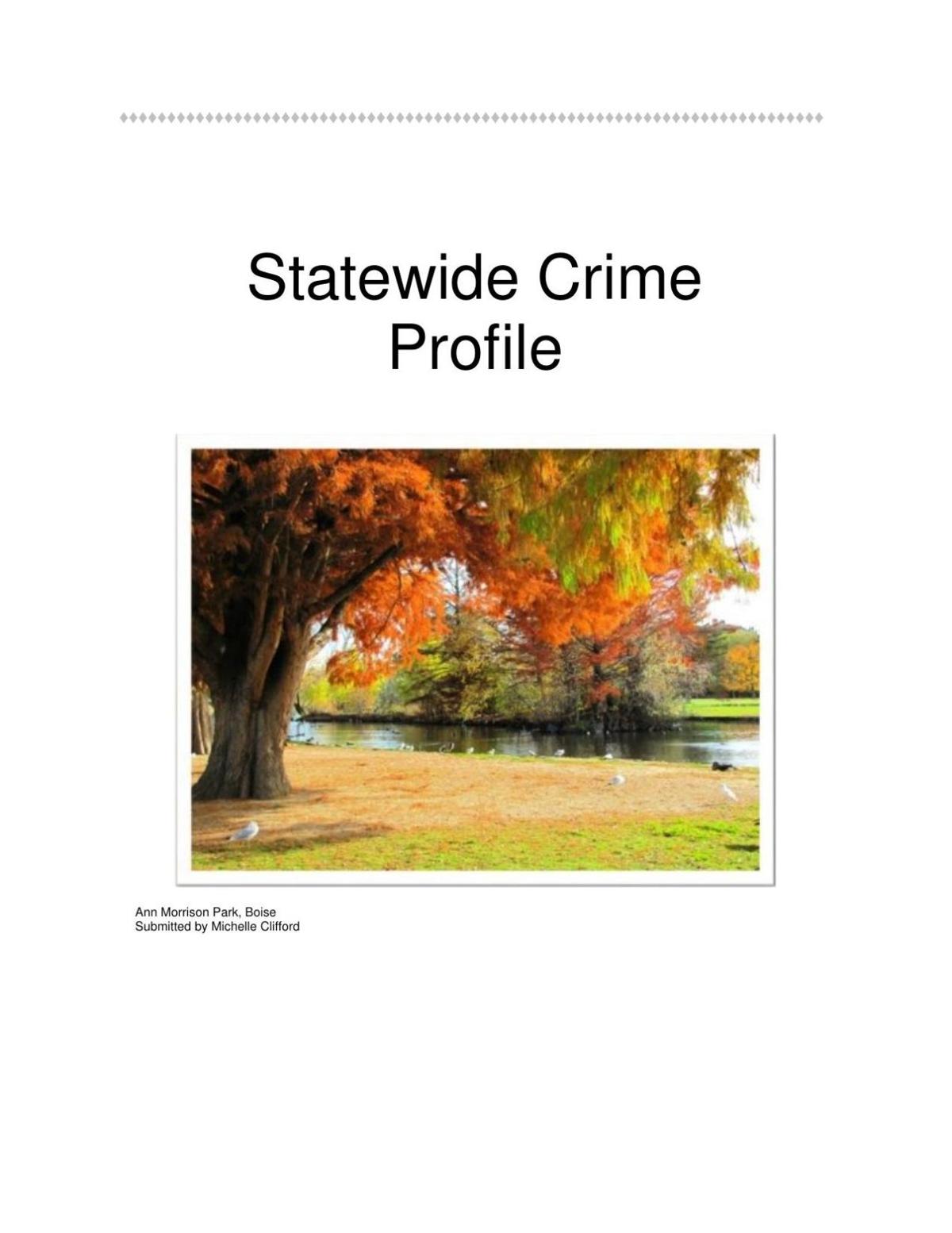 Related to this collection

Sergi Karplyuk, a trooper with the Idaho State Police, marches with other members of the Law Enforcement Honor Guard for a 21-gun salute Satur…