CRIPPLE CREEK, Colo. (AP) — A Colorado man sentenced to life in prison after he was convicted of fatally beating his fiancee with a baseball bat has written a letter to a television reporter arguing his innocence.

Patrick Frazee, 33, wrote a letter after not testifying at his trial or speaking at his sentencing, KCNC-TV reported. The letter to KCNC-TV reporter Rick Sallinger came after Frazee appealed his life sentence.

The return address is from the Colorado Department of Correction Arkansas Valley Correctional Facility in Ordway.

Kelsey Berreth, the mother of their child, went missing on Thanksgiving 2018.

She was last seen on video in a Woodland Park Safeway, authorities said, adding that her body was never found.

Krystal Lee, who was having an affair with Frazee, was the key witness against him, testifying that he asked her three times to kill Berreth, but she couldn’t do it, prosecutors said.

The 33-year-old former Twin Falls nurse was sentenced to three years in a plea deal after she helped clean up Berreth’s townhome in Woodland Park where she died, court officials said.

Frazee argued in the letter that unknown male DNA was found in the sink in Kelsey’s bathroom despite investigators telling reporters that all DNA was identified. Frazee also argued his attorneys did not even try to present a defense and told him not to speak to the media.

Did you miss any crime and court news from March? Here's a collection of the crime reports, notable arrests and important court hearings to make sure you know what's going on.

Idaho Gov. Brad Little has vetoed legislation that would have set up a process to compensate people convicted of crimes they didn't commit, but suggested he would approve future legislation that didn't put the state in court as a first step.

Search underway for man accused of shooting at deputies

State and local law enforcement agencies are searching for an Idaho man they say shot at two deputies and then fled.

The Mini-Cassia Criminal Justice Center, Minidoka County, Cassia County and others are being sued for $25 million in federal court by the mother of a 44-year-old woman who died in jail on Jan. 24.

A Nevada Highway Patrol trooper was shot and killed early Friday during a confrontation near Ely.

2 women injured after jumping from car to evade Jerome deputies

Two Magic Valley women were injured and hospitalized Tuesday when they jumped out of a moving car to evade law enforcement in Jerome County.

A Burley man is charged with attempted first-degree murder after police said he severely cut his fiancee with a kitchen knife.

Authorities are investigating after a cyclist was killed in an apparent hit-and-run collision near Pocatello.

A young boy was shot and killed in his Idaho home Sunday night in what investigators are calling a random act of violence.

BOISE — A former Gooding Police officer was sentenced Tuesday for possession of a controlled substance.

A Jerome man will spend at least two months in jail and five years on probation after he provided a false date of a crash to an insurance company to get benefits.

Two sisters from north-central Idaho pleaded guilty to amended chargings in a murder-for-hire scheme after trying to hire an undercover deputy to kill their neighbor earlier this year.

A jury found a Twin Falls man guilty of two counts of felony injury to a child, but was unable to come to a verdict on a first-degree murder and other charges.

Jury deliberates the guilt of Joshua Molina, charged with first-degree murder of his girlfriend's baby

The jury in the trial of a man charged with first-degree murder in the 2017 death of a 20-month-old baby was unable to reach a verdict Friday.

The FBI is investigating after hackers stole as much as half a million dollars of Idaho state payments that were intended to go to state contractors.

A judge on Friday reduced bail to $1 million for the mother of two missing children after her lawyer contended at her first hearing in Idaho that the amount had been set too high because of media attention.

Hailey mayor to swear in new police chief on Monday

Hailey's mayor has picked a new police chief after the former chief resigned while under administrative leave.

U.S. authorities are asking Yellowstone National Park tourists to review their vacation photos to see if they can spot any clues about two missing children whose mother has been brought back to Idaho to face charges.

Two Boise Police Department officers were justified when they fired their weapons and killed a woman with a BB gun, a prosecutor decided.

A Twin Falls man was arrested Tuesday and charged with six counts of sexual exploitation of a child, the Idaho attorney general's office said.

Boise man charged with seeking murder of child, her parents

A Boise man is being held on a $5 million bond after prosecutors said he molested a 7-year-old girl and then asked someone to have the child and her parents kidnapped and murdered.

For copyright information, check with the distributor of this item, KCNC-TV.

A suspect is in custody after police found a man who had been shot dead early Saturday morning in an apartment building in town, police say. 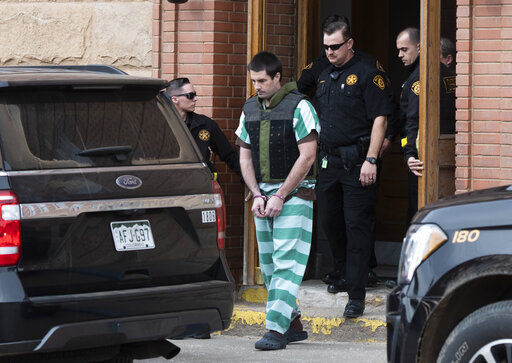 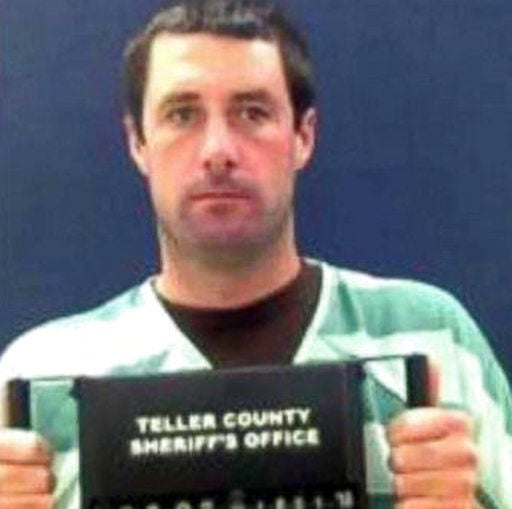