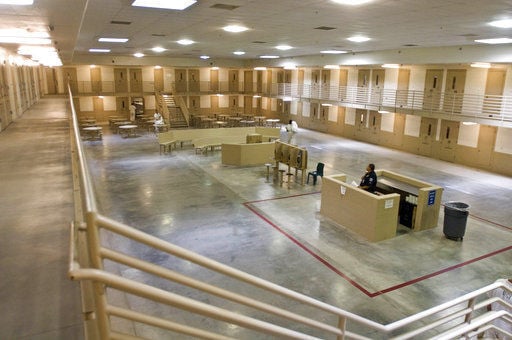 In this file photo taken June 15, 2010, inmates return to their cells at the Idaho State Correctional Institution in Boise. 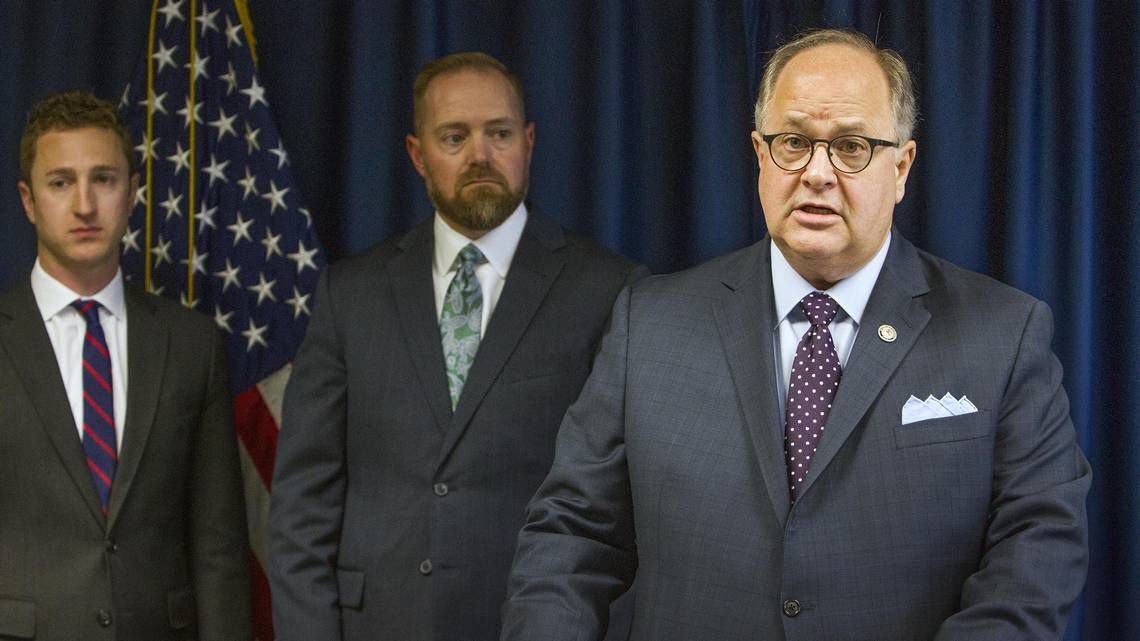 BOISE — A federal judge has sentenced two leaders of the Aryan Knights prison gang in Idaho to more than 17 years in prison on racketeering charges, according to the Idaho U.S. Attorney’s Office.

Both Foss and Pickens will also serve five years of supervised release after serving prison time. Each was found to have played a leadership role in the Aryan Knights, or “AK,” according to a news release from the U.S. Attorney’s Office. The gang is active in the Idaho Department of Correction’s prisons and elsewhere.

The AK gang has white supremacist and white separatist ideologies. Since its founding, the AK gang has expanded and is now believed to have over 100 members, both inside and outside of IDOC custody.

“Members of the AK gang have used violence and the threat of violence to target non‑white inmates and other targeted inmates,” according to the news release. “AK gang members also engaged in drug trafficking, extortion, and gambling to generate revenue, which was shared among members.”

Foss and Pickens were two of 10 AK gang defendants indicted by a federal grand jury in May 2019 for participating in a racketeering conspiracy, a crime under the Racketeer Influenced and Corrupt Organization Act, commonly called the RICO Act. The indictment also included two separate counts for committing a violent crime in aid of racketeering. Both Foss and Pickens pleaded guilty to participating in a RICO conspiracy.

Foss’ sentence will be served concurrently with a state sentence he is serving at an IDOC facility. If Foss were paroled on his state sentence at the earliest possible date, he would serve an additional 174 months in federal prison.

Pickens’ sentence is partially concurrent with his current state sentences. The sentence is structured so that Pickens will serve an additional 60 months in federal prison if he is paroled by the state at the earliest possible date.

Five of the 10 indicted defendants have pleaded guilty to a RICO conspiracy count, and one defendant, Michael McNabb, 36, was sentenced on Aug. 21, according to the news release. McNabb was sentenced by Nye to 28 months in federal prison.

A jury trial for the remaining defendants is scheduled for April 5, 2021, at the federal courthouse in Boise.

According to the U.S. Attorney’s Office, the gang was formed in an Idaho prison in the mid-1990s. It operates both within IDOC prison facilities and outside. It was founded to organize criminal activity for a select group of white inmates, officials say.

A Jerome man was arrested and charged with arson after a Sunday fire destroyed a home, motor home, vehicle and a fence.

Four teens have been arrested and charged in connection with a shooting that left a Twin Falls man wounded.

In this file photo taken June 15, 2010, inmates return to their cells at the Idaho State Correctional Institution in Boise.