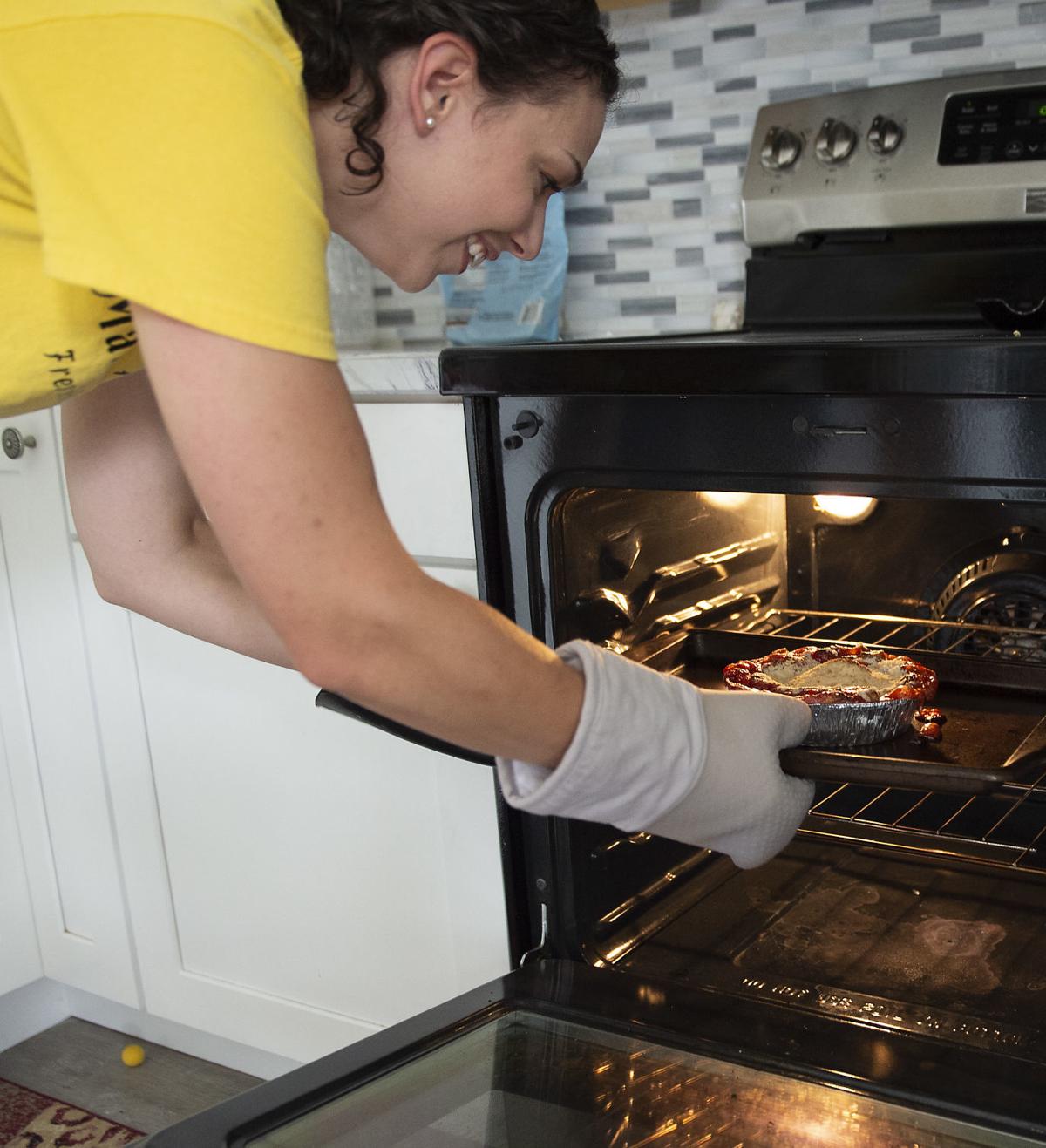 Diana Blaylock, owner of Mama's Best Bakery, pulls a strawberry rhubarb pie out of the oven Thursday in Twin Falls. Blaylock runs her small business out of her families apartment with a special use permit. 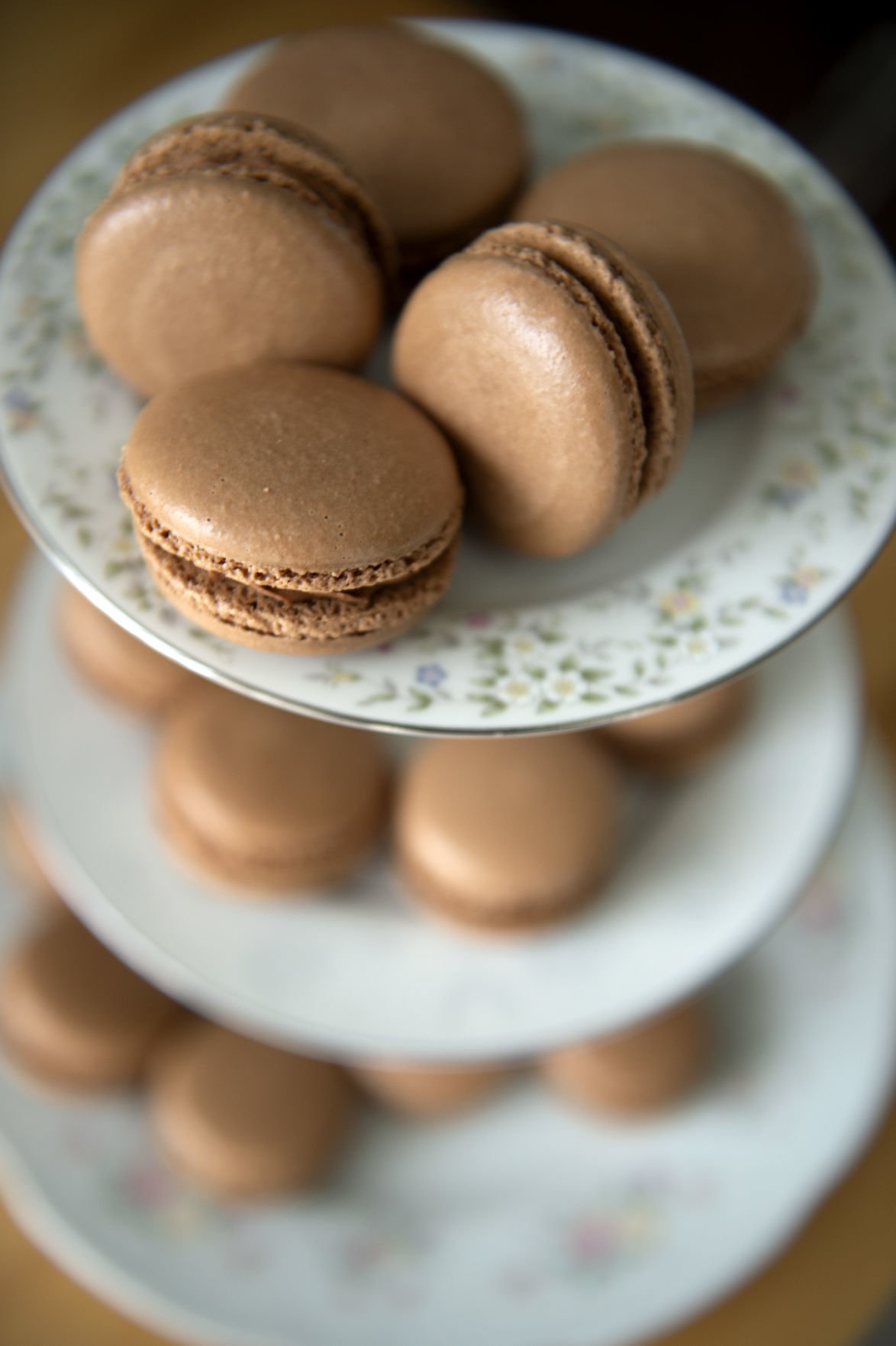 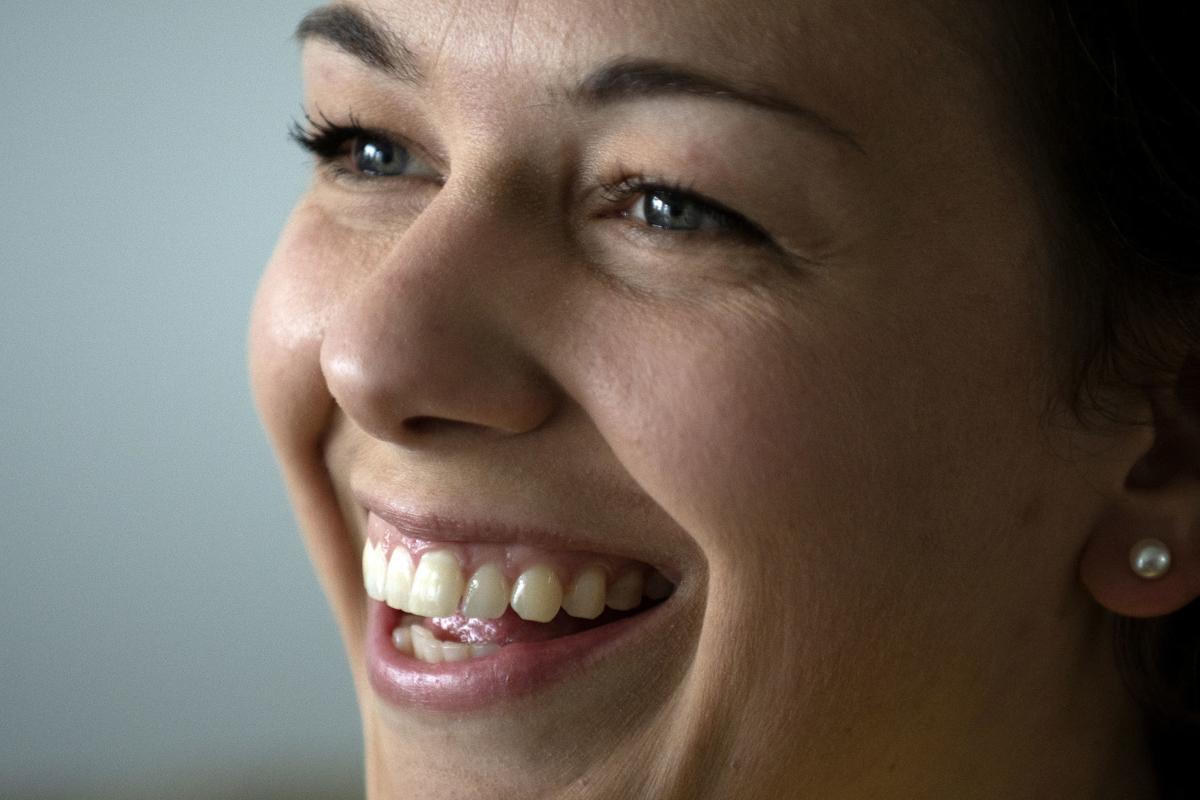 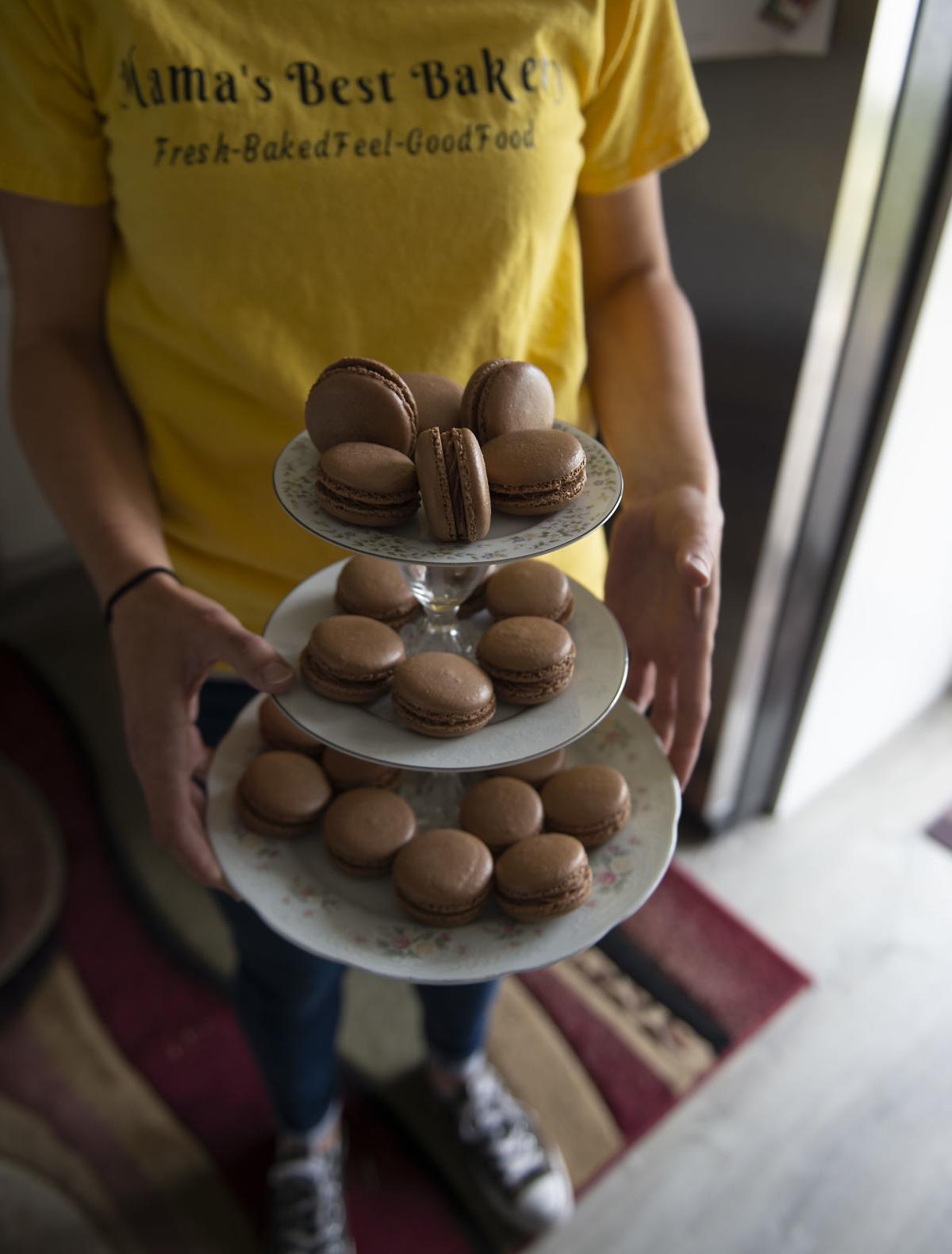 TWIN FALLS — Diana and Michael Blaylock had a serious problem on their hands: Too many apples.

“We bought a whole bunch of Jonagold apples,” Michael Blaylock said. “We came home with two big bags full and realized, ‘Oh, we can’t eat all this.’”

Some daunted couples might have tried to give the apples away. Others would have lived off the 21 pounds of apples for weeks, or tossed out extras. For the Blaylocks, the apple surplus led to the creation of a bakery business.

Two years after solving their apple issue, Mama’s Best Bakery is an official Twin Falls bakery. Planning and Zoning granted the Blaylocks a special use permit for home occupation last week and state law allows them to make and sell cottage foods out of their home.

There aren’t many businesses quite like Mama’s Best Bakery in Twin Falls.

“This one was kind of rare,” City Planner Brock Cherry said of the home occupation for cottage food sales.

Home occupations are common — music lesson teachers have them for instance — but few are aware of the cottage foods state law, Cherry explained.

The law works for bakers such as Diana Blaylock so long as she doesn’t start working with foods that can go bad easily. For instance, cheesecake and meringues are off the table.

The Blaylocks didn’t grow up in Twin Falls. They started out in St. Louis but decided they needed a change.

“We felt like God said go West, and we were like, ‘Ok, cool,’” Diana Blaylock said with a laugh.

Their first stop, Denver, didn’t agree with them.

“One good thing did come out of Denver,” she said. “That was our challah recipe.”

Now challah is one of her greatest hits — a Jewish neighbor in Denver gave her the recipe — along with triple berry pie. She makes it all though, from pies to macarons to Danishes.

She started baking when she was about 7 and has always enjoyed it as a de-stressor. She thinks that love and care separate the top bakers from the rest.

“Loving what you do shows in the work,” she said. “I’ve tried stuff from other people before, even people I know, and I’m like, ‘You don’t bake for fun, do you?’ … You can taste it when somebody loves what they do.”

Beyond tweaking her recipes until they’re just right, Diana Blaylock said she doesn’t have any amazing secret beyond “lots of butter” and sugar. She does have a general sense for Twin Falls’ tastes though.

“This town’s got a big craving for macarons, bagels and pie with a good crust,” she said.

Her husband hasn’t baked much so far and hasn’t made anything high-stakes.

“He’s helped me with cookies from time to time,” Diana Blaylock said. “We haven’t really set aside time yet for the intricate stuff.”

Living around pastries and desserts comes with challenges.

“People ask me how I’ve stayed as skinny as I have,” Michael Blaylock said. “It’s hard, but I kind of love it (living in a bakery).”

The Blaylocks’ two young children also enjoy the sweet treats too, although 4-year-old Will isn’t a huge pie fan.

The bakery is small today but could outgrow the Blaylocks’ apartment in the future.

“The hope is to have a place downtown,” Diana Blaylock said. “That’s the big dream.”

Find Mama’s Best Bakery treats at farmers markets or by visiting its Facebook page or website at mamasbestbakerytwinfalls.com. Or call the Baylocks at 314-477-1859.

TWIN FALLS — Farmers markets represent a microcosm of a community coming together in one place.

Diana Blaylock talks about her new endeavor, Mama's Best Bakery, June 27, in Twin Falls. Blaylock runs her small business out of her apartment…

JEROME — It was a pleasant summer day at Veteran’s Park in Jerome. The scent of freshly fried elephant ears and warm kettle corn cut across th…

Your guide to the Fourth of July in the Magic Valley: Where to watch fireworks and more

Independence Day is almost here and there is an plethora of ways to celebrate. The Times-News has put together a guide for anyone who still ne…

CAREY — A man died as the result of a collision with a tractor on Saturday.

Sentencing was delayed Monday after a man pleaded guilty to aggravated battery.

TWIN FALLS — He worked in a fly shop as a teen, cleaning duck wings and chickens for fly feathers and rooting around for gear in Ruel Stayner’…

Twin Falls man gets OK to sell guns from his home

TWIN FALLS — Planning and Zoning on Tuesday approved a man’s request to sell firearms out of his home. Multiple neighbors spoke in opposition …

Diana Blaylock, owner of Mama's Best Bakery, pulls a strawberry rhubarb pie out of the oven Thursday in Twin Falls. Blaylock runs her small business out of her families apartment with a special use permit. 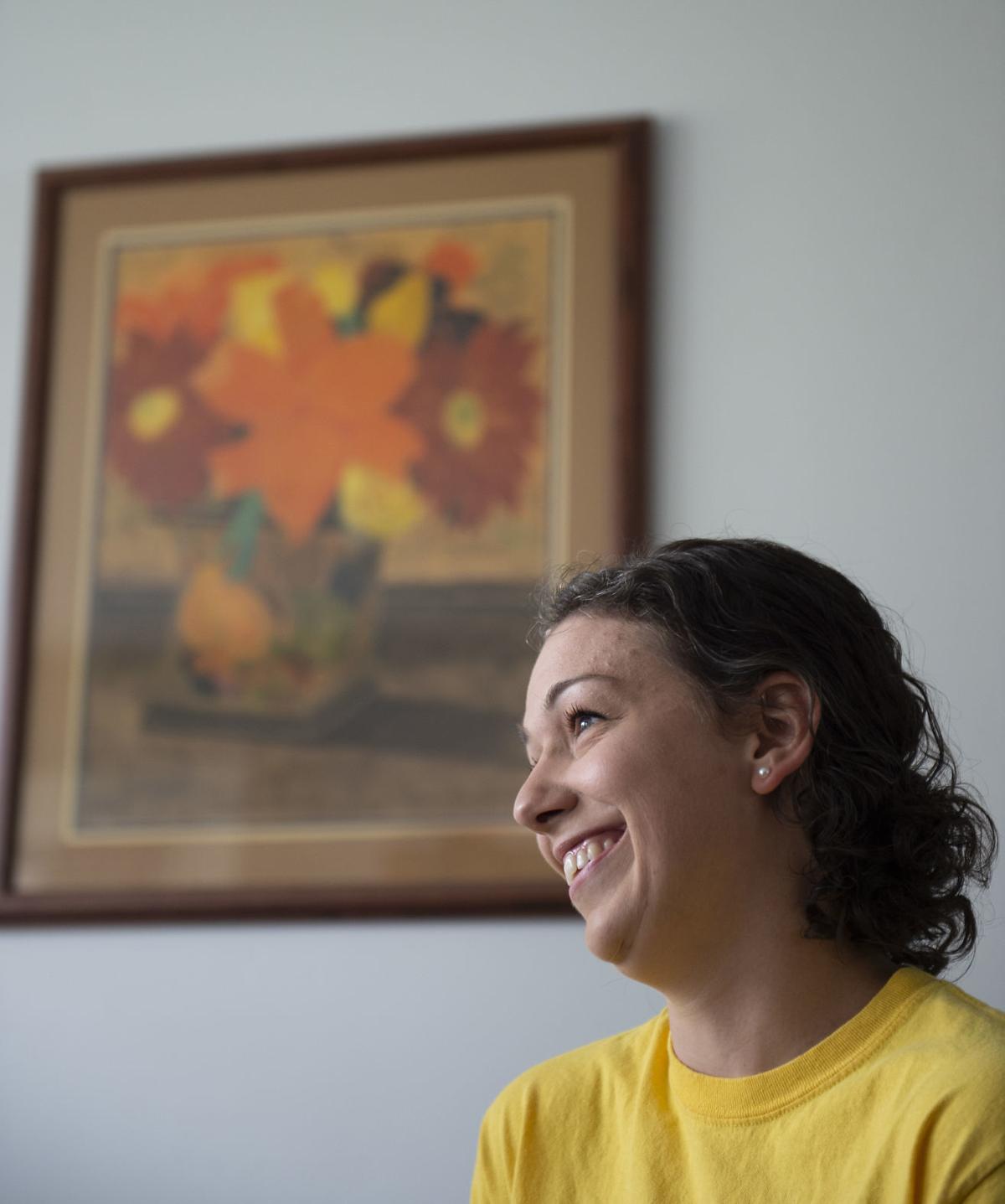 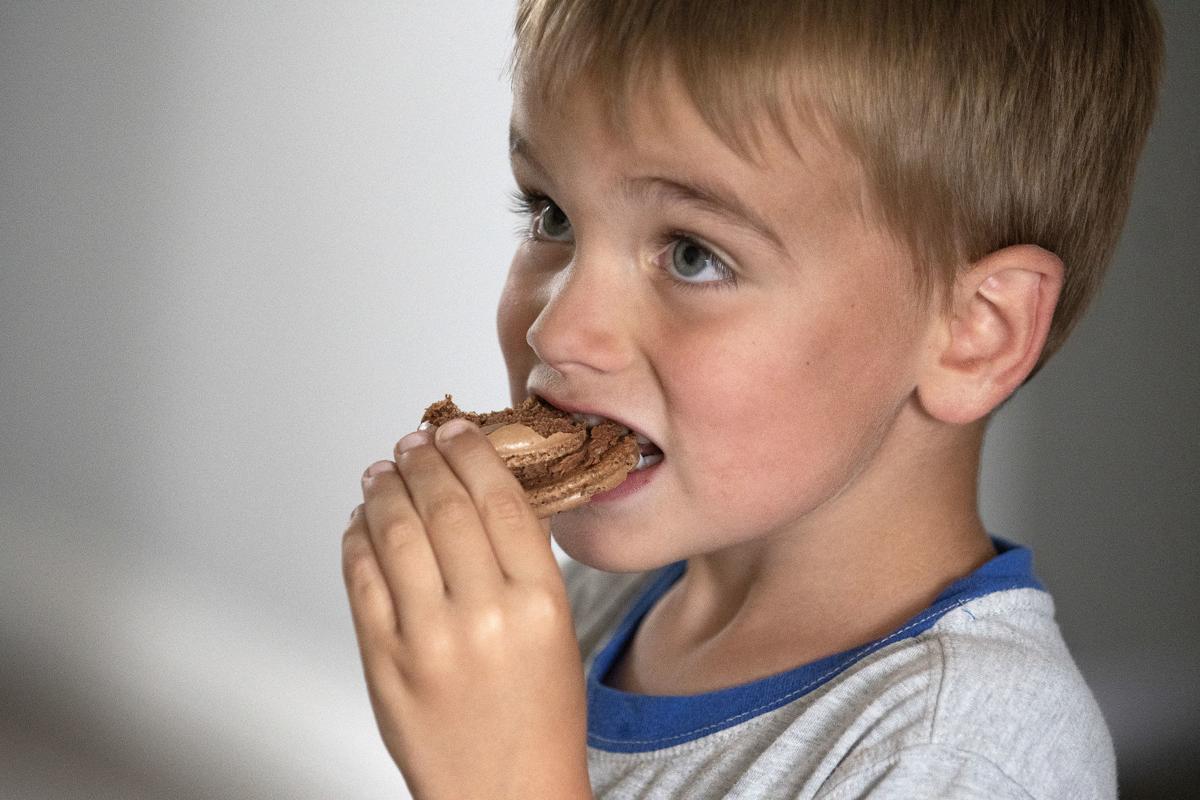 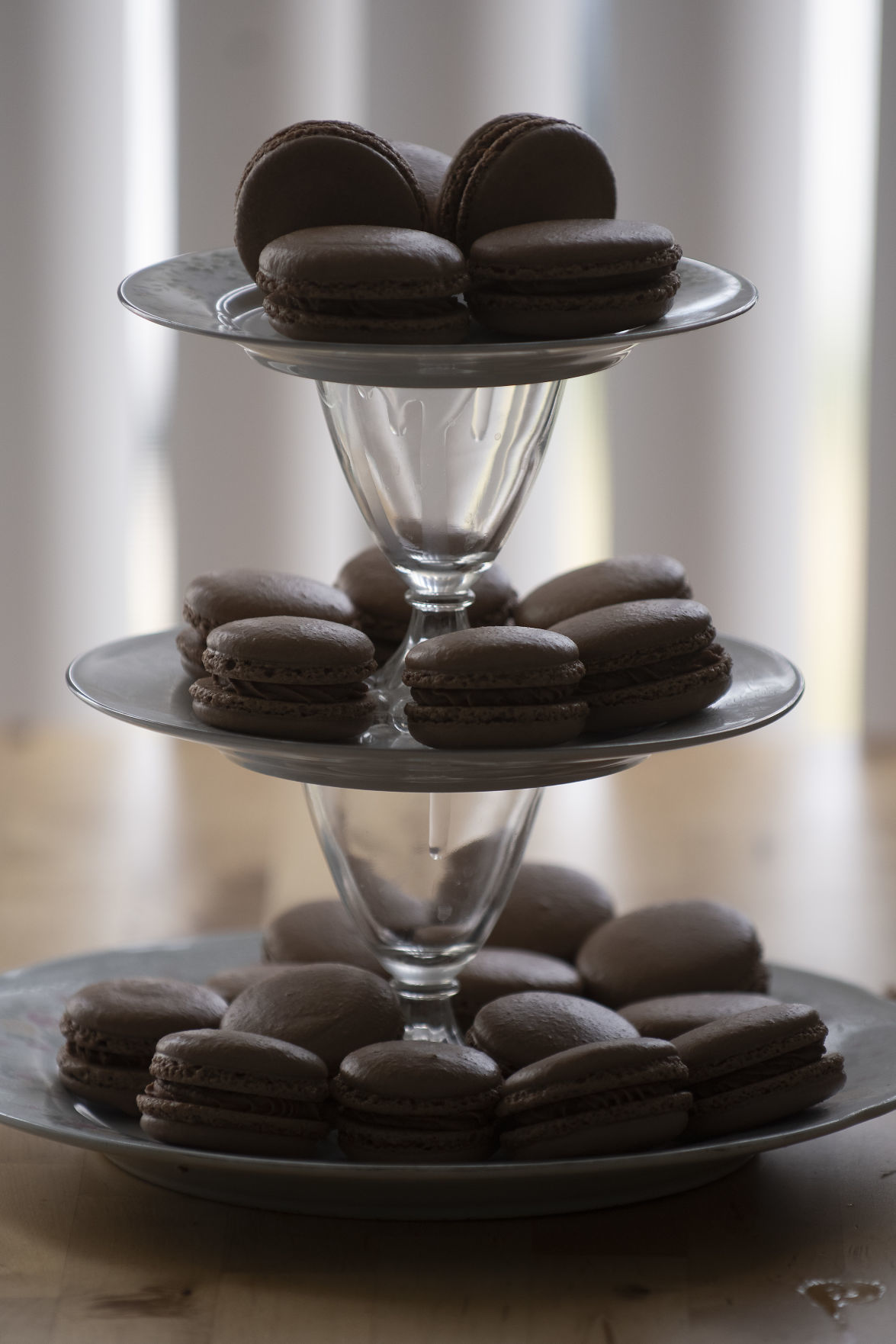