IDAHO FALLS • “Listen to Rush Limbaugh once in a while,” Rep. Dell Raybould said. “See what he thinks about it. He’ll tell you that this is just a bunch of nonsense.”

Raybould was talking about the idea that burning fossil fuel causes climate change. The Rexburg Republican is chairman of the House Resources and Conservation Committee and the Legislature’s expert on water issues.

Climate change skepticism is fairly common in Idaho, especially among its elected lawmakers.

Many Idahoans don’t accept the consensus among qualified scientists that global temperatures are rising due to human activity.

A June poll by Idaho Politics Weekly found that 44 percent of Idahoans believe both that the climate is warming and that it constitutes a crisis. Another 26 percent said it was changing but not too harmful, and 21 percent said they don’t think climate change is happening at all.

Whether or not you’re a skeptic depends largely on what political party you identify with. The same poll found that only 20 percent of Republicans think there’s an ongoing climate crisis, while 84 percent of Democrats hold that view.

That fits with a broad trend throughout the nation, according to polling by the Pew Research Center.

It will be difficult to build support for state policies to combat a problem many Idahoans don’t think exists.

Even among lawmakers who accept the consensus view, there isn’t a clear vision of what the state can do about it.

Although scientists say dramatic action is needed immediately, there is no indication such action will take place in Idaho.

Climate scientists overwhelmingly agree: The earth is warming at a dangerous rate, and we are responsible for it.

A wide range of surveys and literature reviews consistently find that the vast majority of climatologists believe climate change is happening and is human-caused. NASA puts the level of agreement at 97 percent.

The latest report from the International Panel on Climate Change predicts in this century average global temperatures will rise by between 4 and 5 degrees Celsius above preindustrial levels if emissions aren’t cut.

Even 2 degrees of warming could mean sea level rise of more than 20 feet, affecting 17 million Americans, according to Scientific American. It would mean more droughts, floods and intense storms; decreasing food production and increasing species extinction throughout the world, the panel found.

The more warming takes place, the more likely it is that these effects will be irreversible. And some changes in arctic and ocean ecosystems may already be irreversible.

Within the Idaho Legislature, there are wide-ranging views on the existence, causes and threat of climate change.

Senate Pro Tem Brent Hill, R-Rexburg, said he believes that the climate is warming, but it’s unclear how much is caused by human activity.

“We get climate change four times a year — it’s called the four seasons,” Loertscher said. “… I think we’re pretty vain if we think we can control the climate.”

Loertscher, the chairman of the House State Affairs Committee, sent along two articles that he said support his view.

One is an article from a London tabloid listing 100 reasons climate change is natural.

The other is an article by Edmund Contoski, an author and speaker for the Heartland Institute, who is not a climatologist. The Heartland Institute is a think tank that rejects the consensus view on global warming, as well as the view that secondhand smoke is unhealthy.

Loertscher’s view isn’t at the extreme end of the Legislature. Of nine lawmakers who responded to a four-question survey sent to all members of the Legislature by the Post Register, two said they don’t believe global temperatures are rising at all.

That belief runs contrary to the evidence.

This year was the hottest year in recorded history by global average, according to the National Oceanic and Atmospheric Administration. Last year was the third-hottest. Fourteen of the 15 hottest years on record have occurred since 2000. None of the 15 coldest years recorded occurred later than 1930.

Rep. Jeff Thompson, R-Idaho Falls, is chairman of the House Environment, Energy and Technology Committee which oversees many issues that involve greenhouse gas emissions such as energy policy.

Thompson thinks scientists broadly disagree about whether the climate is warming at all.

Though this view runs contrary to studies of scientific opinion, it has a significant impact on state policy.

“My biggest concern is what it’s going to do to electric rates for the citizens of Idaho,” Thompson said.

Although Idaho doesn’t contain any coal-fired power plants, and its two major natural gas power plants are up to EPA standards, Idahoans do import a significant amount of coal-generated electricity from Montana, Wyoming, Nevada and Oregon. So higher standards there could have a big impact on Idaho electrical rates, Thompson said.

While EPA had initially called for Idaho to cut its emissions by some 33 percent, recent revisions to the rule mean the cuts will be significantly smaller, said John Chatburn, administrator of the Idaho Office of Energy Resources.

The group is still analyzing the 500-page rule to determine what it will mean for the state, Chatburn said.

House Speaker Scott Bedke, R-Oakley, said he is “somewhat skeptical” of the scientific consensus. But he said state and federal water regulators should be ready to make changes if predictions of lower snowpacks come true.

The state should work to build more reservoirs and to do more aquifer recharge in order to mitigate possible low flows late in the irrigation season, he said.

But even with imported coal-generated electricity, most of Idaho’s greenhouse gas emissions come from other sources.

The biggest source is transportation, and the second-biggest is agriculture, according to a 2008 report from the Center for Climate Strategies commissioned by the Department of Environmental Quality.

The good news is that the report projects agricultural greenhouse gas emissions — mainly methane produced by livestock — will level off on their own in coming years.

But emissions from transportation — mainly fuel burned in commercial and passenger vehicles — are projected to continue rising rapidly, by about 11 percent between 2010 and 2020.

Senate Minority Leader Michelle Stennett, D-Ketchum, said there are lots of state policies she thinks should be enacted to combat climate change, but political realities don’t leave much hope that will happen.

“What I think and what’s plausible are two different things,” she said.

House Minority Leader John Rusche, D-Lewiston, accepts the consensus view on climate change. But he said cutting emissions from vehicles in the state is a hard problem. Significant portions of Idaho’s population live in rural areas where driving is a necessity.

And it’s also hard to see how emissions from livestock could be cut without significant changes in the American diet, he said.

Pro Tem Hill said the state should focus on promoting technological innovation, such as work on nuclear power occurring at Idaho National Laboratory.

Stennett said she doesn’t think the Legislature will take any significant action on climate change until it becomes a clear economic necessity. If anti-climate change measures can be sold as an economic boon, they have a shot, she said.

Rusche said the state is already seeing the effects of rising temperatures, and sooner or later it will have to deal with the issue.

“The Legislature has been trying to deny and ignore it, but the fact is that we’ve been having to respond to some of the impacts of climate change, whether it’s the economy in ski areas or the water in the East Snake Plain Aquifer,” he said.

In a six-day series concluding today, journalists from the Times-News, the Idaho Statesman in Boise, the Lewiston Tribune and the Post Register in Idaho Falls examined the potential effects of a changing climate.

A slim majority of Idahoans believe climate change is responsible for recent extreme weather and a larger majority think the U.S. should accep…

BOISE • How surrounding states react to carbon emission rules could have an impact on Idaho’s electricity prices, the administrator of the gov…

Climate Change: Idaho Could Be Safe Haven for Native Fish

LEWISTON | Idaho’s vertical geography may give salmon, steelhead and other native fish a fighting chance as climate change continues to alter …

Climate change is exacerbating some of the trends that are making it harder for sage grouse to survive in its native sagebrush rangeland, rese…

Faced with an uncertain future, wildlife managers say the best thing they can do to preserve species in the face of climate change is to prote…

What Climate Change Will Mean for Idaho's Energy Supply

IDAHO FALLS • When you flip a light switch in Idaho, chances are the electricity came from some combination of the following: a hydroelectric …

Although most climate change predictions sound dire, there may be some benefits — at least in the near term — for wheat and cereal grain farme…

Climate Change Presents Opportunities as well as Challenges for Idaho

Coco and Karl Umiker have been growing grapes in Idaho’s Clearwater Valley for 12 years, and last year their efforts paid off. 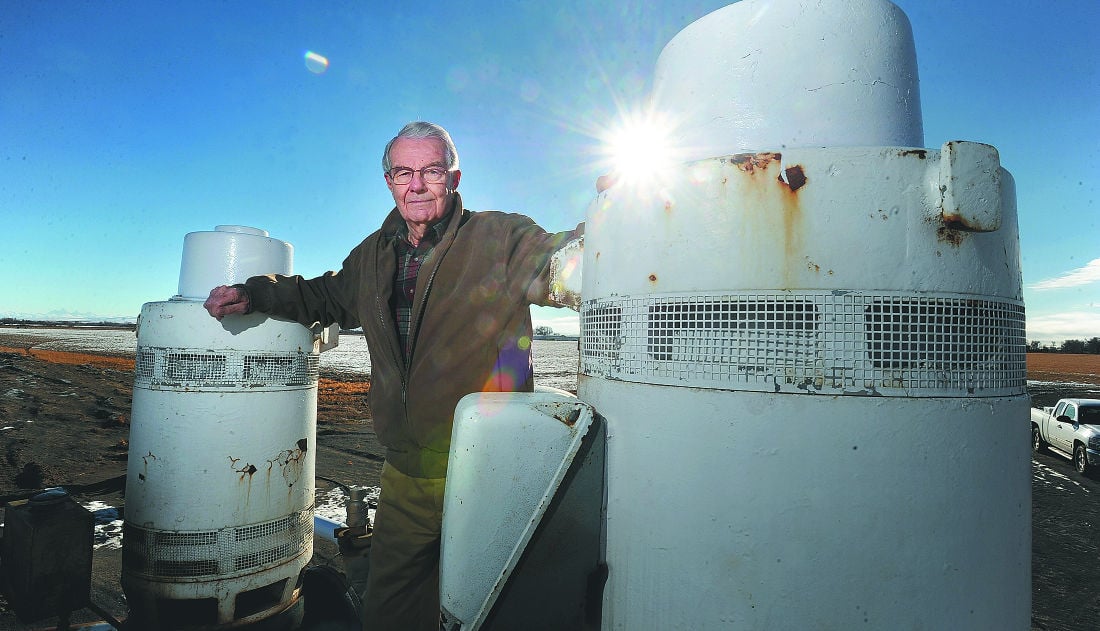 District 34 Rep. Dell Raybould, R-Rexburg, shown in this December 2014 file photo, is chairman of the Resources and Conservation Committee and serves on the Revenue and Taxation and Environment, Energy and Technology committees. Raybould, the Legislature’s top expert on water issues, does not believe climate change is real. 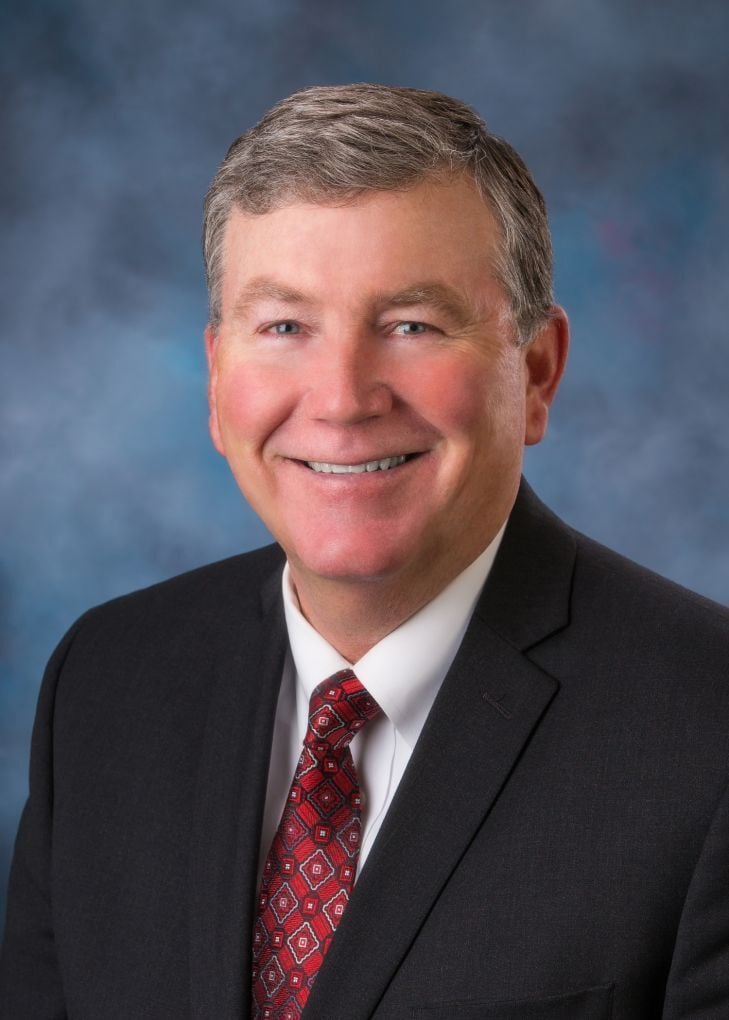