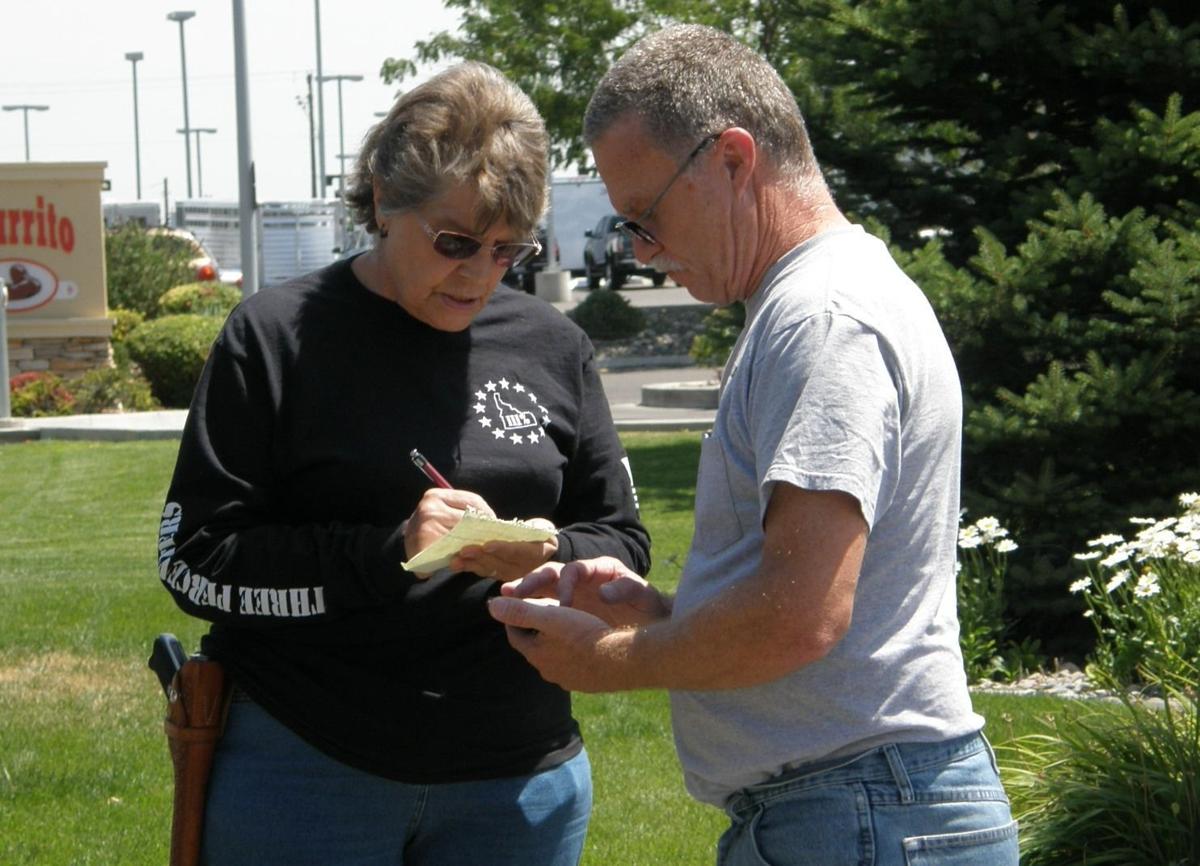 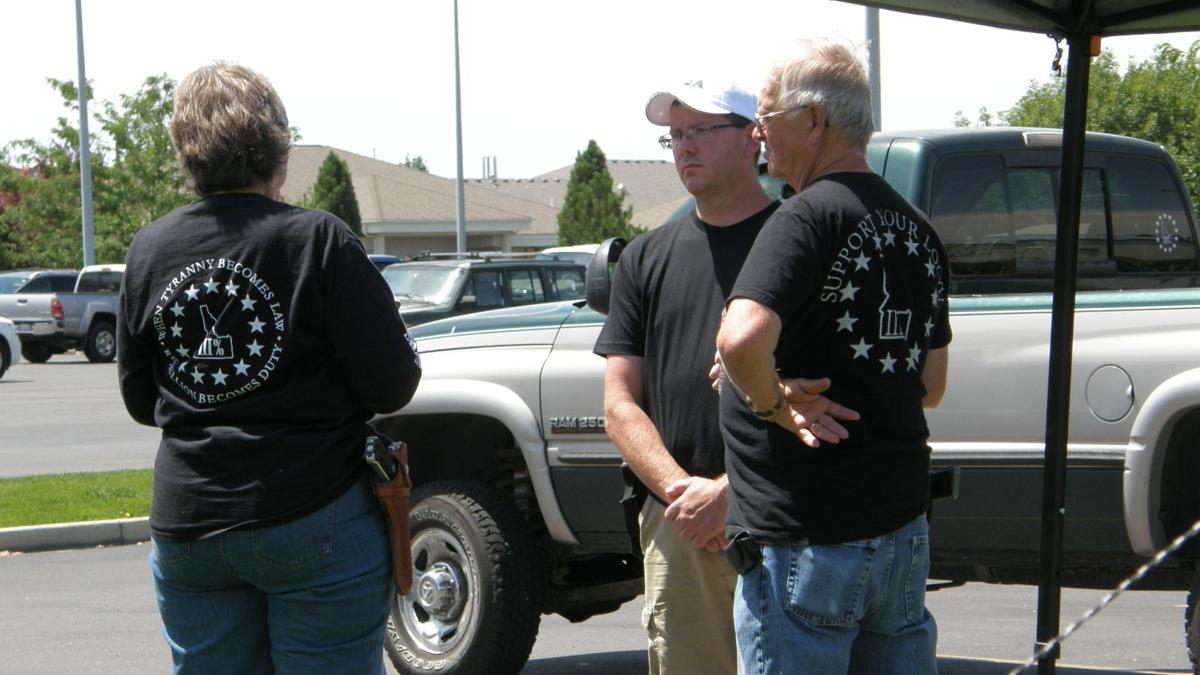 TWIN NEWS • Armed citizens are standing guard at military recruiting centers in the Magic Valley in the wake of last week’s shootings in Chattanooga, Tenn., that left five servicemen dead.

The local group III Percent of Idaho and the Idaho branch of the Oath Keepers have joined the movement. They’re hoping the effort calls attention to the vulnerability of servicemen who work in recruitment centers and can’t arm themselves under government rules.

“We are out here protecting those that are protecting us is what it comes down to,” said Gregg Phipps, a member of III Percent.

The groups began posting members at recruiting centers across Idaho on Monday and will do so all week.

III Percent of Idaho is acting in response to what it said was a lackluster response by politicians to protect military recruiters after the Chattanooga killings. The group released a press release July 19 saying members were upset flags at federal buildings were not at half-staff and said military officials were acting too slowly while considering extensions to security at recruitment offices.

The groups plan to station teams of at least two armed citizens at every recruiting center in the state.

“We are filling the security gap,” said Chris McIntire, spokesman for III Percent. “Our hope is that in the interim our representatives respond to the calls and emails we have left them.”

In Twin Falls, Staff Sgt. William Ross said the men and woman outside his Marine recruitment center had been supportive, but that his command had emailed warnings about Oath Keepers.

“I think them coming out to support us is helpful, but the other side of it is I heard they are sort of an anti-government group, which I obviously am not keen on because if you are going to support us you support the government,” Ross said.

The National Guard issued a statement saying it neither encourages nor discourages the movement, but recognizes it as a demonstration of the First and Second Amendments.

III Percent of Idaho has criticized both Gov. C.L. “Butch” Otter and President Barack Obama in the wake of last week’s shooting at a recruitment center in Tennessee. The group called on the governor to allow recruitment center staffers to carry arms.

As of Tuesday, governors in seven states have ordered or allowed guardsman to carry guns while on duty. Otter wouldn’t say if he intends to do the same.

But Otter’s spokeman Jon Hanian said the governor has contacted Gary Sayler, commanding general of the Idaho National Guard, to do a review and to recommend any needed security changes.

“We’re having those discussions,” Otter’s spokesman said, “but we’re not going to discuss what those measures may be publicly, in the interests of operational security.”

BLOG: Otter Wants Next Prez to Be a Governor Like Him

The governor said the country’s direction under the Obama administration — President Barack Obama is a former senator but was never an executive — has convinced him the next president should have that experience.