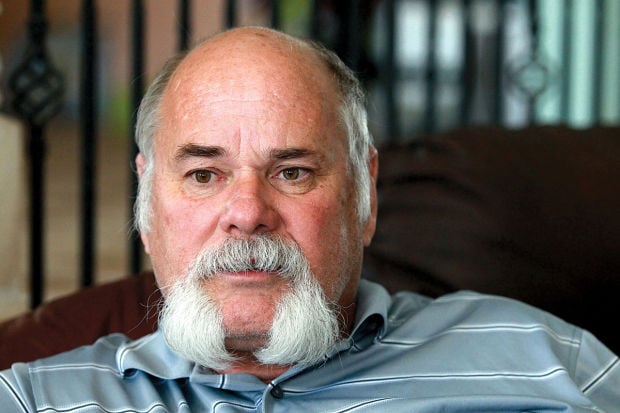 ASHLEY SMITH • TIMES-NEWS Tim McDaniel, a teacher at Dietrich School, pauses for a photo on Friday at his home. A group of parents filed a complaint against McDaniel for teaching about the reproductive system out of a biology textbook. 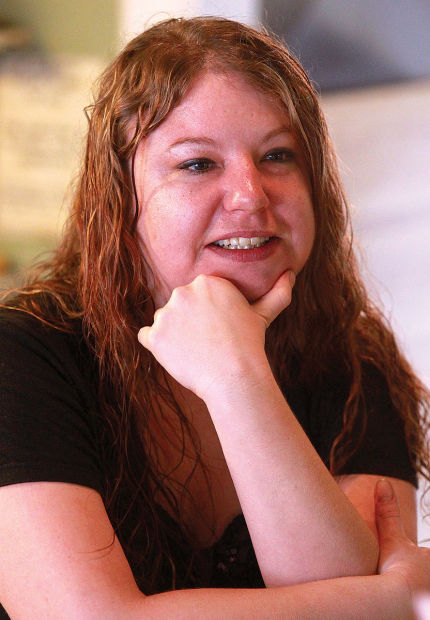 ASHLEY SMITH • TIMES-NEWS Felecia Rollyson, a chef at the Eagles Nest in Dietrich, supports her daughter’s teacher Tim McDaniel and says she disagrees with the parents who filed a complaint about him for teaching the reproductive system from a biology textbook. 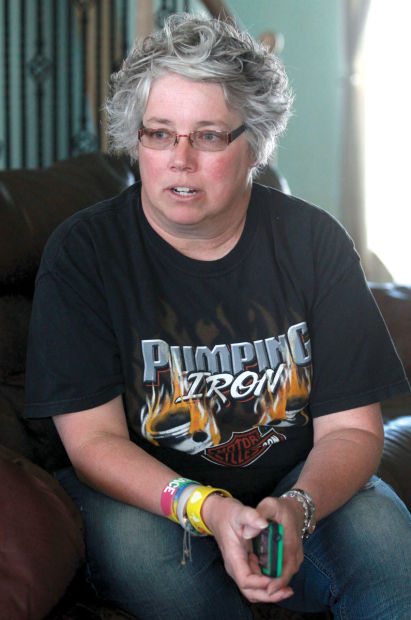 ASHLEY SMITH • TIMES-NEWS Shelly McDaniel talks about the stress caused by a complaint filed with the state about her husband, Tim, teaching about the reproductive system out of a biology textbook.

DIETRICH • The first building to greet you in Dietrich is a small, plain church with a tall, white steeple. It sits on the bottom of a hill, shielding most of the town from the rest of the outside world.

In the back of the 330-person town is Dietrich’s one and only school building. And contained inside those brick walls is one science teacher who is quickly becoming a household name.

Tim McDaniel — a long-time science teacher for the Dietrich School District — is the center of a state investigation on teaching possible controversial classroom content. Allegations include sharing private student information, teaching sex education and different forms of birth control, and promoting a political candidate while on school property.

Along with a state investigation, McDaniel also faces a possible reprimand from the Dietrich school board.

A little more than one week after the story first broke and quickly spread across the country, many of the town’s residents are still standing in support of their beloved science teacher.

“This has not been an easy week,” McDaniel said. “It’s affecting my sleep, my teaching, and my family is beginning to notice.”

McDaniel got a shot of good news on Thursday when two parents notified him saying that they would withdraw their names from the complaint filed with the state.

McDaniel declined to list what parents withdrew their names but said he felt better that the investigation won’t end up with the state revoking his license. Calls to the parents from the Times-News were not returned on Friday.

McDaniel said he won’t know if the school board will choose to reprimand him until the state investigation is over, which can take months to complete.

“I won’t sign it if they give me a letter of reprimand,” he said. “I haven’t done anything wrong.”

Scrutiny over McDaniel’s teachings began when four parents with students in his classroom filed a complaint with the Idaho Professional Standards Commission. According to McDaniel, the school board told him that the parents were upset that he explained the biology behind an orgasm and included the word “vagina.”

McDaniel said he teaches the human reproductive system because the school’s health teacher is too uncomfortable teaching it himself.

He’s been teaching the human reproductive system and different forms of birth control from the school-approved biology textbook for 17 years, McDaniel said. Since he first started teaching in Dietrich, he has never received a complaint about his teaching material or his teaching style. His class isn’t used for sex education and students are given the chance to opt out of the class if they feel uncomfortable.

McDaniel said he doesn’t mind covering the material. He and his wife Shelly have adopted 20 children and raised five of their own children and laugh that they’ve got “the talk” down to a science.

“My husband doesn’t joke when he’s talking about this subject,” Shelly said. “He doesn’t joke in general. He’s kind of terrible at it.”

McDaniel’s story across the state, the nation and was even picked up by some international news outlets over the past week, which has been a surprise to Dietrich residents, said Felecia Rollyson, who works as a chef at The Eagle’s Nest, the town’s only restaurant and bar.

“We have dirt roads for some of our city streets here,” she said. “This is the epitome of a small town.”

Rollyson said that just a few hours after the school board met with McDaniel to discuss the allegations, it felt like the entire town knew what was going on. Yet she wasn’t expecting the rest of the state to also catch on to the news.

Since then, Rollyson said her customers have vocalized their support for McDaniel and his family. With her daughter in McDaniel’s class, Rollyson said she is standing by the McDaniels’ side.

“I don’t know if it’s because we all go to the same church or what but it’s probably influencing some of this,” she said. “It feels like a witch hunt. (…) Everyone has been talking about this. But if you look at the size of his family, you can see he’s got a lot of love in his heart.”

Shirley Bingham also supports the McDaniel family. Three out of her four children have taken McDaniel’s class and she has never had a problem with his material.

“I totally support him,” Bingham said, who works as a substitute teacher for the Dietrich school district. “I hope he is allowed to continue teaching like he is.”

Shelly McDaniel said that criticism that the complaint was religiously based is false. The McDaniels are members of the Church of Jesus Christ of Latter-day Saints, which advocates teaching the proper anatomical parts of the human body to children starting at 4 years old.

“We all go to the same church,” she said. “This didn’t start because the church teaches us not to know this.”

McDaniel continues to teach science while the state pursues its investigation into his teachings. The school board will meet next Tuesday, April 9, but McDaniel doubted they will make any sort of decision by then.

“This has been eye opening for the community,” McDaniel said. “I think it’s showing them that you can’t make allegations and not get a fight back.”

Vagina. There, we said it. Orgasm. Yup, we just went there.

Dietrich teacher Tim McDaniel faces a complaint by a group of parents about a reproductive system class he taught.

Our View: The Science of Overreaction

In 1692, more than 150 people were accused of witchcraft (78 percent of them women) and were subsequently dispatched to the afterlife rather b…

Sudanese man in NYC unable to talk to family

ASHLEY SMITH • TIMES-NEWS Tim McDaniel, a teacher at Dietrich School, pauses for a photo on Friday at his home. A group of parents filed a complaint against McDaniel for teaching about the reproductive system out of a biology textbook.

ASHLEY SMITH • TIMES-NEWS Felecia Rollyson, a chef at the Eagles Nest in Dietrich, supports her daughter’s teacher Tim McDaniel and says she disagrees with the parents who filed a complaint about him for teaching the reproductive system from a biology textbook.

ASHLEY SMITH • TIMES-NEWS Shelly McDaniel talks about the stress caused by a complaint filed with the state about her husband, Tim, teaching about the reproductive system out of a biology textbook.