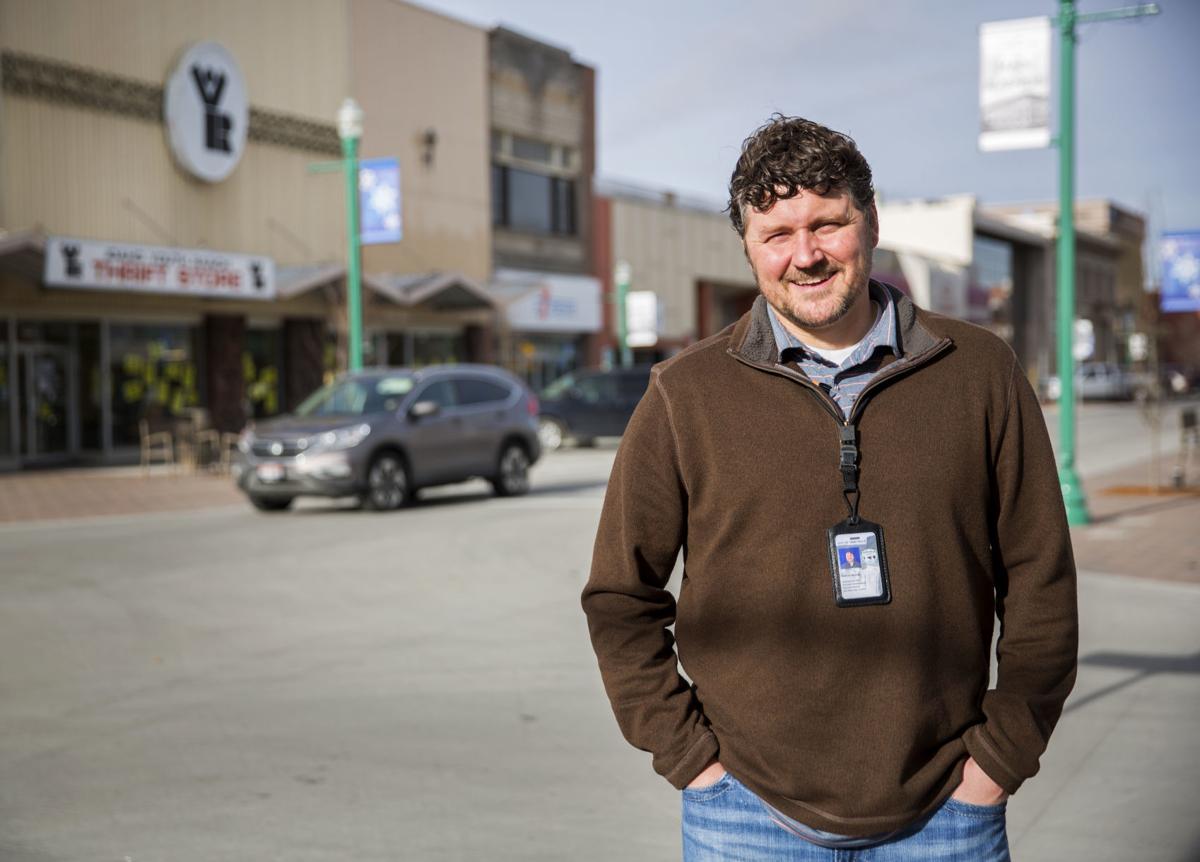 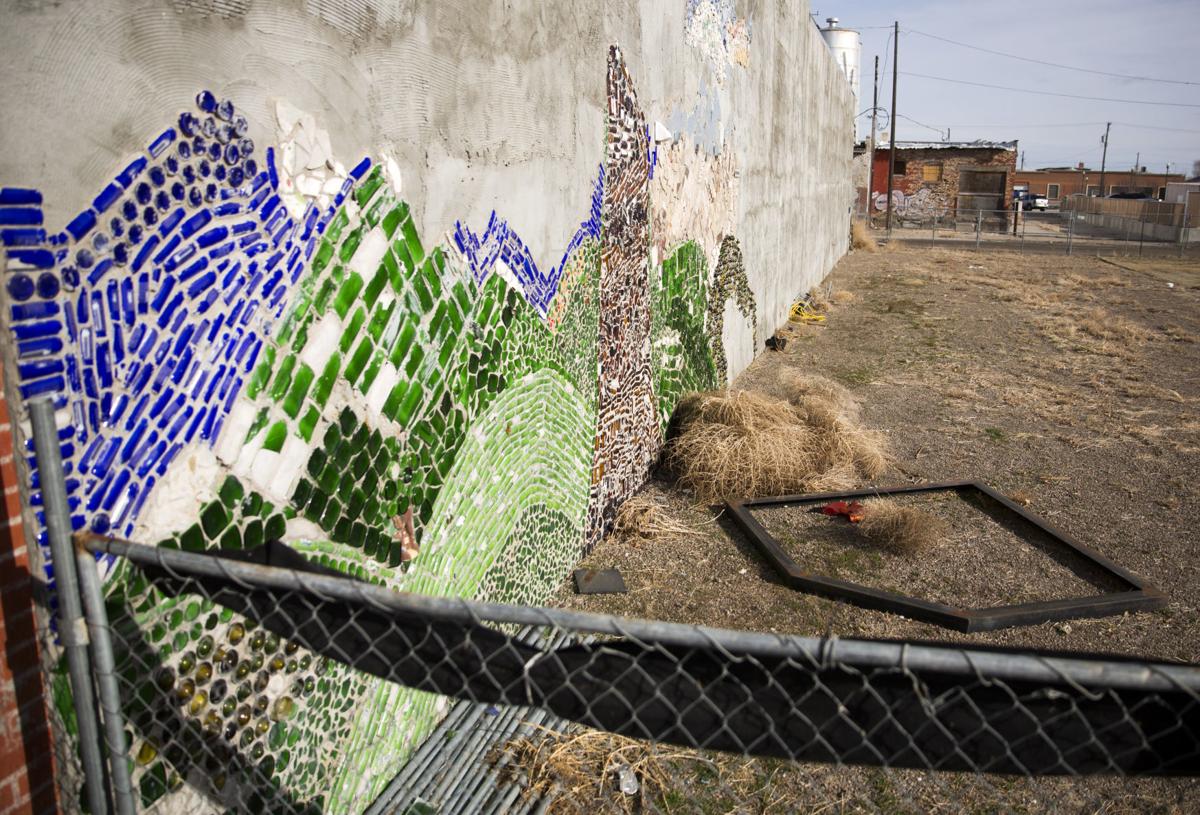 The location of the former Rock Canyon Amphitheater sits vacant Friday in Twin Falls. The Urban Renewal Agency could develop this area if board members and the public decided it was a priority.

The URA has five years left to make public improvements in the downtown and warehouse districts of Twin Falls. The revenue allocation area “4-1” was created in 1998 and expires at the end of 2022. After that, the URA no longer gets tax money from that area — and therefore can’t reinvest that money.

That means it’s time to prioritize what the agency should do with its remaining time. The URA has other areas it can work in, surrounding Chobani and Clif Bar, but the opportunities on those lands are more limited.

“This really is the only area we have right now which has multiple property owners,” Murray said at the workshop Tuesday.

Participants included URA directors, City Council members and the public. Altogether, they pitched about a dozen ideas at the workshop.

But Murray didn’t get the narrow priority list he’d been hoping for. When everyone voted for their favorite ideas at the end, it was still all over the board.

Murray conservatively estimates the URA will have about $2.5 million in uncommitted funds over the next five years. To work best on that budget, he plans to gather more input through online surveys and URA board meetings to narrow priorities.

Here are seven projects that attendees of Tuesday’s workshop identified as the most important to them for the area, and what the URA could do to help the downtown get them.

“We have a number of infrastructure priorities,” Murray said. “But the thing that seems to be getting the most attention is the housing.”

Attendees at Tuesday’s workshop talked about a need for different kinds of housing — duplexes, fourplexes and upstairs apartments in mixed-use buildings

Getting people to live downtown will ultimately support downtown businesses, he said.

One opportunity the URA has to bring housing to downtown is the Idaho Youth Ranch building. The agency purchased the property for about $500,000 dollars in January. Murray said the URA will solicit proposals from developers in a couple of weeks.

The entire Hansen Street corridor has gotten the most interest from developers considering housing projects, he said. The problem, however, is nobody wants to be first.

The URA could take out some of the risk for a developer by selling the Youth Ranch building at a loss. The agency will be forced to sell all of its downtown properties by the end of 2022.

Albion Street is technically outside the URA’s revenue allocation area, but much of the downtown businesses dump into a sewer line there. The city’s engineering department previously identified Albion Street’s sewer line as a bottleneck that could significantly inhibit future growth. 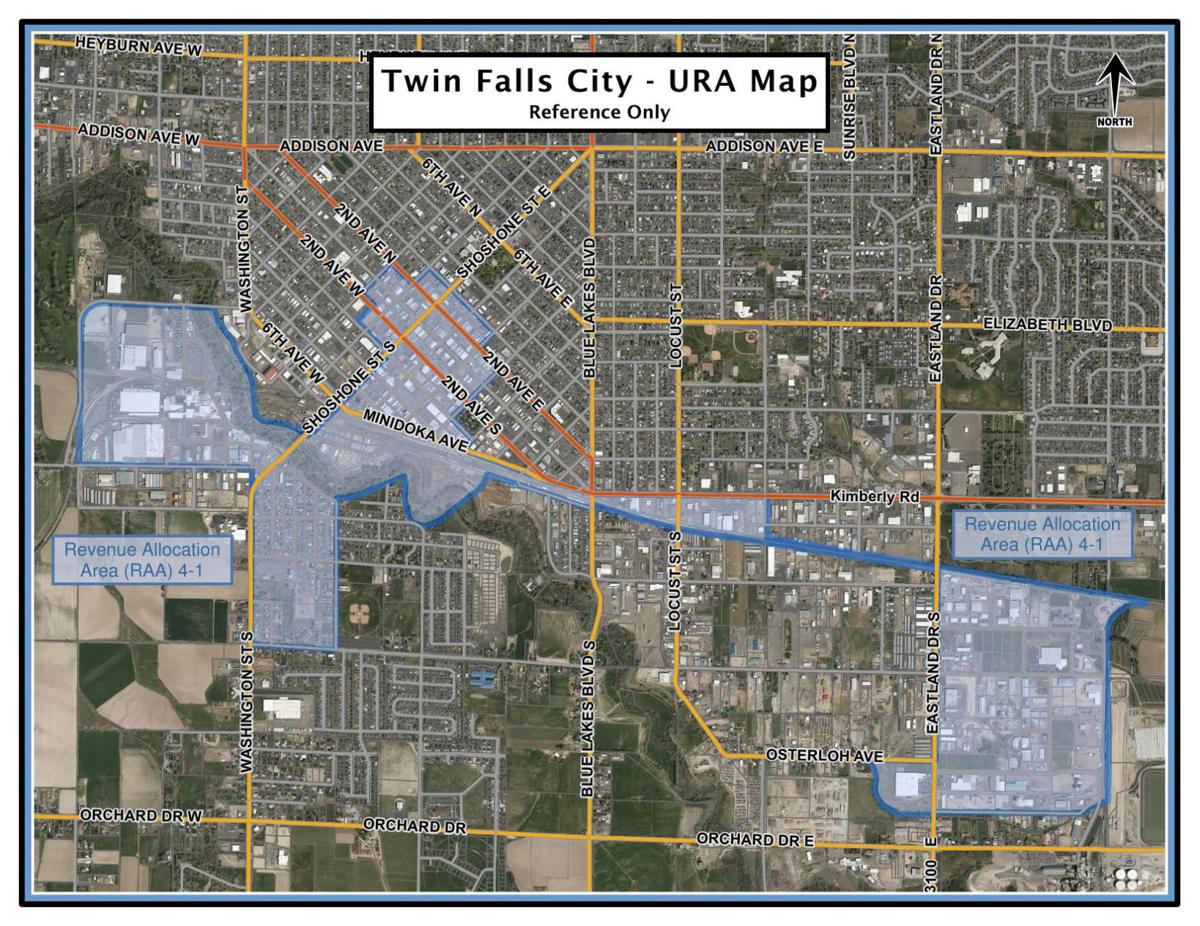 It could cost up to $1 million to install a bigger line. This would be the URA’s top priority, Murray said, if it opts to pursue a single utility project.

It’s been an ongoing mission of transportation committees to get the Idaho 30 rerouted off the Second Avenues to Washington Street South, Sixth Avenue West and Minidoka Avenue. This would divert trucks away from downtown.

The city could then reduce speeds on the Second Avenues, making them more pedestrian friendly, and even remove a lane of traffic for diagonal parking.

“You’d have lower traffic, yes, but you’d have the type of traffic you want down there,” Murray said.

Unfortunately, a project of this scope would be largely outside of the URA’s budget. And the first step would be to acquire right-of-way for the alternative route.

But the agency host community workshops, hire a consultant and send a traffic analysis model to the Idaho Transportation Department.

“It’s an important enough factor for our downtown that our Urban Renewal Agency should be looking at how to move that forward,” Murray said.

Russ Tremayne, associate professor of history at the College of Southern Idaho, has made it is mission to complete a history-themed park at the grain silos in Old Towne Twin Falls. The park has some native plants and benches, but Tremayne asked the URA if it could finish the project with signage and public art.

Murray said this was the first time he had heard about the park, but several others put their support behind the proposal. The URA could help install sidewalk, public art, signage, street lighting or a drinking fountain to help complete the project.

While this isn’t one of Murray’s priorities, it could come up for future discussion.

If people are going to live downtown, a nearby grocery store or market would be a boon to those residents. But Murray thinks the chances of getting one downtown are low. Grocery stores typically operate in tight margins and require high traffic volumes to keep them going.

Still, if a company proposed one, the URA could assist by paying for public infrastructure such as parking, sidewalks or utilities.

6. Hotel or bed and breakfast

City Councilwoman Suzanne Hawkins was one of several who supported the idea of getting a bed-and-breakfast or a hotel into the downtown area. This, in addition to housing, would help bring people to support the local businesses.

While the former Wells Fargo building, for example, would have the size required for a hotel, it would be an expensive investment. Murray prefers to allow hotel owners to take the lead on whether they want to come downtown, and if so, the URA could help with improvements such as a parking garage.

One attendee at the workshop pointed out that a lot at Fifth Avenue South is listed for sale. The grassy area had previously been used as the Rock Canyon Amphitheater, an outdoor concert venue — and the grass that’s been planted is starting to die off.

Were the URA to purchase this property, it could bring another concert venue to Twin Falls and pay to complete an art mural that was never finished.

Other workshop attendees brought up the idea of an amphitheater right next to Rock Creek Canyon. The URA already owns several properties south of Minidoka Avenue, and could purchase more to get an amphitheater developed.

Murray is skeptical this idea will move forward.

“I do think it’s important that we support the arts as much as we can,” he said.

But another concert venue, he said, wouldn’t do the most good for the most amount of people. He’d rather see better access to Rock Creek Canyon and more improvements to its trails.

Still, if this were identified as a priority, the URA could partner to assist another group that would create the amphitheater.

The URA has 5 years left to fund downtown projects. What's next on the list?

TWIN FALLS — The Urban Renewal Agency has five years left to make public improvements downtown, and it wants your help picking its next develo…

TWIN FALLS — The intersection of Main Avenue and Hansen Street is quickly becoming the heart of downtown.

TWIN FALLS — The Urban Renewal Agency has completed the sale of a building that’s leased by C3.

TWIN FALLS — Renovations are taking place in earnest at the historic Elks Lodge in downtown Twin Falls, and a new brewpub is slated to open in…

TWIN FALLS — A forlorn thrift store building sits on a major corner in downtown Twin Falls, but in another year or two, it could become a bust…

The location of the former Rock Canyon Amphitheater sits vacant Friday in Twin Falls. The Urban Renewal Agency could develop this area if board members and the public decided it was a priority.