Frank Yamagata worked the land, helped build Intern camp — to provide for his family
2 comments
Share this
{{featured_button_text}}
1 of 2 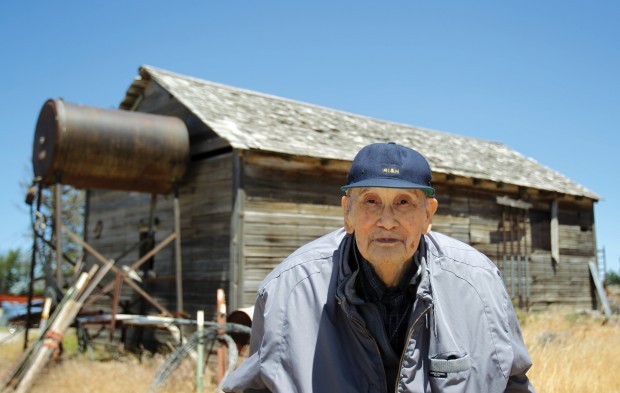 As a newlywed, Yamagata lived in this two-room granary on his farm near the Minidoka War Relocation Center 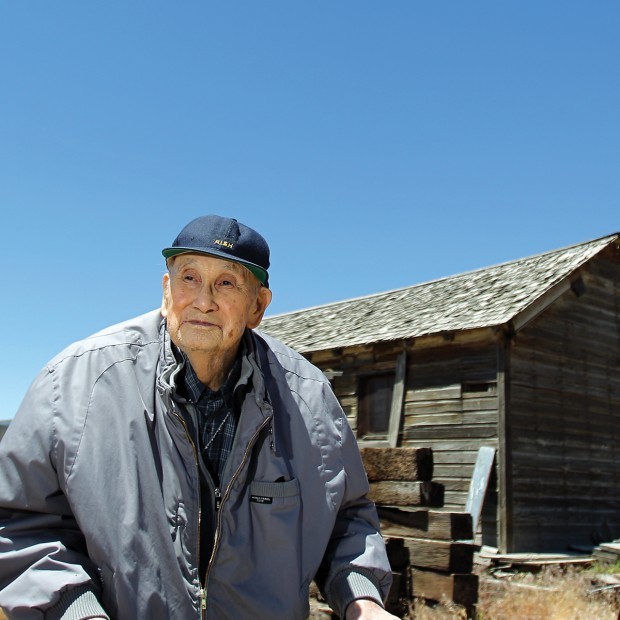 Frank Yamagata, 94, stands next to an old granary near Hunt where he and his wife lived in the 1940s. Yamagata farmed the surrounding land from 1943 to 1980.

TWIN FALLS • Frank Yamagata was 24 when Pearl Harbor was attacked in 1941. Yamagata wanted to join the army and defend his country, but his family believed his duty was at home being a farmer.

“I didn’t mind being a soldier,” Yamagata said. “I kind of wanted to go; it was an adventure. When you’re young you never considered you might die.”

Yamagata, 94, lives in a Twin Falls assisted living home. The back that once worked 160 acres of farmland is now hunched over a walker as he shuffles through the hallways near his room.

Yamagata, a second-generation Japanese-American born near Yakima, Wash., in 1917, moved to the Magic Valley in the mid-1920s. The oldest of four children, he quit school in the 10th grade to help his father farm. His father’s health was fragile after a heart attack, and Yamagata knew he had to provide for the family. With Yamagata’s help, one of his siblings went to college.

Father and son sharecropped for several farmers in the Jerome area until Pearl Harbor, when the farmer they worked for kicked them off his property.

“He liked the way we farmed, but when Japan attacked he thought we attacked the U.S.,” Yamagata said.

That incident is one of the few times Yamagata remembers discrimination because of his ethnicity. There were few Japanese families in the Twin Falls area in the ’20s and ’30s, but Yamagata never felt different and said his work ethic is how people knew him.

The Yamagata reputation proved valuable; he and his father were soon working on another farmer’s land.

“He knew I would do a good job, and I did a good job for him,” Yamagata said.

‘Not the Way to Treat People’

To earn extra money Yamagata picked up a second job working from midnight to 8 a.m. building what would be the Minidoka War Relocation Center outside of Hunt.

“They were hunting for people to build that camp; anybody who could hold a hammer was hired,” Yamagata said. “I just helped the carpenters and lugged lumber.”

Yamagata knew the camp was meant to imprison people of Japanese descent but felt he could do nothing to change anything, he said. “I felt sorry for them. They had nice homes back there. That’s not the way to treat people.”

He made friends with many of the people who lived inside the internment camp. A couple visited Yamagata when they received day passes, and he is still friends with some of them.

Yamagata said he remembers a time when the U.S. government wanted an inventory of his personal belongings; he doesn’t know why but thinks it was just in case the Japanese were successful enough to invade the U.S.

“The government was just afraid of those along the coast. There was no way we could sabotage this far away from the coast,” Yamagata said.

His mother’s family lived in Nevada, and he heard stories of how one of his relatives lost a job with the Union Pacific Railroad because of fears that he might sabotage the trains.

In 1942, Yamagata made enough money to buy his own farm — only two miles from the Minidoka War Relocation Center. Yamagata said it was hard to for him and his parents to see people just like them lose a hard-earned way of life while his family was free.

At 34, Yamagata married Misako Fujita. She was from Ogden, Utah, and her father did not approve of their courtship. The two eloped, leaving behind only a note for her family. Yamagata’s mother had only one rule for her son when it came to a wife: Bring home a girl who speaks Japanese.

When Fujita arrived at her new home, she was afraid when she saw all the sagebrush and rocks. She was a city girl who quickly had to adapt to her new home. For some time the newlyweds and Yamagata’s parents lived in a two-room granary. They used an outhouse and an outdoor bath house with a fire underneath. The main house eventually built is now gone, though the old granary still stands.

Fujita helped Yamagata care for his two elderly parents until they died. The couple eventually had a daughter they named Wanda, who now lives in Twin Falls with her husband, Russell Davis. Wanda said her mother was a doting person, her father’s “right hand man” on the farm, and she often felt like a spoiled only child.

Before Fujita died in 2010, the couple lived with Wanda and her husband in Houston. In 2005, the whole family moved back to Twin Falls; Wanda said her parents cried because they were so happy.

“I like this area best of all. After all, I grew up here,” Yamagata said with a smile.

Wanda and Russell often visit Yamagata at the assisted living home and, once a year if he is up to it, take him to visit the old farm near Hunt. Yamagata sold it in 1980.

Wanda said her father’s story is an old-fashioned tale of hard work typical of the times he grew up in. He serves as a constant source of inspiration and strength in her life.

“Boy, what would Dad have accomplished if he was given the chance to get an education?” Wanda said. “But in his mind he never had any regrets.”

Most people want to keep old files on their devices

Most people want to keep old files on their devices

As a newlywed, Yamagata lived in this two-room granary on his farm near the Minidoka War Relocation Center

Frank Yamagata, 94, stands next to an old granary near Hunt where he and his wife lived in the 1940s. Yamagata farmed the surrounding land from 1943 to 1980.