Become a Member
Read Today's E-edition
Share This
Do US teens have the right to be vaccinated against their parents' will? It depends on where they live
0 comments
Share this 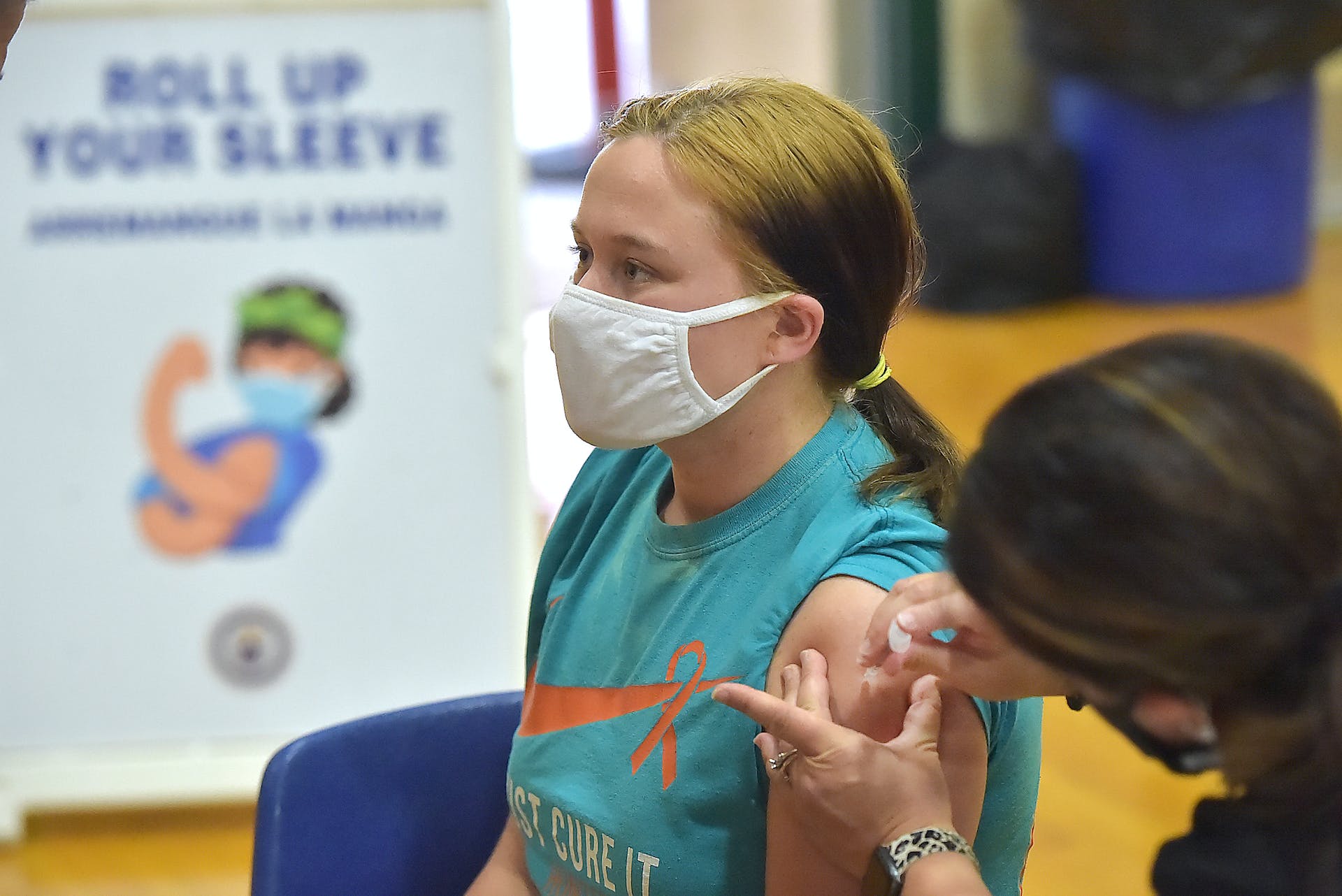 The Centers for Disease Control and Prevention recommends COVID-19 vaccines for everyone aged 12 and up. And yet, 12- to 15-year olds are the least vaccinated age group in the country, with 1 in 3 having received one dose and just 1 in 4 being fully vaccinated – about half the rate of the population as a whole.

In some states, minors can legally decide for themselves whether they would like to get vaccinated. In Tennessee, for example, state law allows teens 14 and older to make medical treatment decisions without parental consent. But earlier this summer, state health officials fired their vaccination director after she wrote a memo explaining the law to state medical providers.

I teach vaccine law, so I know the principle that certain minors may be vaccinated without parental consent is woven into our country’s history.

It is also in line with the recommendations of the medical profession in general. In 2013, the Society for Adolescent Health and Medicine advocated “policies and strategies that maximize opportunities for minors to receive vaccinations when parents are not physically present.”

However, there’s no federal law mandating this right in the United States. Instead, there’s a state-by-state patchwork of widely varied regimes. In some, parental consent is always mandatory. In others, there are laws that establish the conditions under which minors can decide for themselves – although, as the Tennessee situation shows, even this right can cause controversy.

Parental consent is the norm

Generally, parents or legal guardians have primary legal authority to make health decisions for their children, including vaccination decisions. When a state legally allows parents to request exemptions for legally mandated childhood vaccinations, these laws universally require that the parents are the ones to take steps to obtain it.

When minor children disagree with their parents’ opposition to vaccination, they must look to statutes or case law for assistance, and may find it lacking.

As of 2021, roughly one-third of U.S. states have passed laws establishing the “mature minor doctrine”: a legal framework allowing minors to independently obtain health care without parental consent, within specified limitations. Some, but not all, specifically include vaccination.

In other states, minors may still be able to make their own medical decisions thanks to state court rulings establishing the mature minor doctrine.

The 1928 Mississippi case of Gulf & S.I.R. Co. v. Sullivan is one of the earliest of these rulings. In this case, the parents of a 17-year-old railroad employee sued his employer, alleging that a smallpox vaccination administered by the company physician had injured the teen. The parents had neither consented nor objected to his employment by the railroad or the vaccination, but later claimed that their consent was needed for the smallpox shot.

The Mississippi Supreme Court disagreed, finding that in possessing the intellectual maturity to get the railroad job, the teen also “was of sufficient intelligence to understand and appreciate the consequences of the vaccination.”

In 1967’s Smith v. Selby, the Washington State Supreme Court similarly upheld a minor’s right to make their own medical decisions – in this case, of a married teen to consent to his own vasectomy due to a medical illness.

Since then, courts in a number of other states have established the mature minor doctrine as well – including Tennessee, where the state supreme court’s 1987 ruling in Cardwell v. Bechtol allows teenagers aged 14 to 18? to consent to medical treatment so long as the treating physician finds the minor to be “sufficiently mature to make his or her own health care decisions.”

Mature minor laws can vary considerably from state to state.

In Alaska, Arkansas and Idaho, minors of any age may choose their own medical care when their doctor deems them capable of meeting standards of informed consent.

In Alabama, minors may consent to health care at the age of 14, in Oregon at 15 and in Kansas and South Carolina at 16. Montana provides this right to minors who have graduated from high school.

Illinois, Maine, Massachusetts, Montana, Nevada, New Jersey and Pennsylvania have statutes permitting minors to make their own medical decisions based on a variety of factors, such as gaining legal emancipation from their parents, being married – or divorced or widowed – being pregnant or a parent, or enlisting in the military.

Not just an abstract legal question

When a child disagrees with their parents’ opposition to vaccination, it can deeply strain family bonds.

In 2019, in testimony before the Senate Committee on Health, Education, Labor and Pensions, an Ohio teenager named Ethan Lindenberger described how online misinformation about side effects frightened his mother to the point of refusing to let him get vaccinated.

“Her love and affection and care as a parent was used to push an agenda to create a false distress,” he said.

That left Lindenberger vulnerable to a number of preventable illnesses until he turned 18 and could decide for himself.

Lindenberger gave his testimony amid one of the worst measles outbreaks in the United States in decades. According to the CDC, 2019 saw 1,282 cases of measles in the U.S. – nearly four times higher than 2018 and the highest since 1992. The “majority of cases were among people who were not vaccinated against measles,” according to the CDC.

Unvaccinated teens can also be vulnerable financially. Shortly after the publication of my book “Vaccine, Vaccination and Immunization Law” in 2018, I met a student at Florida International University with a similar experience. By the time the student had turned 18 and chose for themselves to be vaccinated, they were too old to be covered by the federally funded Vaccines For Children program. This student told me they were unable to afford the cost of the numerous recommended series of vaccines.

Not all efforts by states to pass laws expanding the ability of minors to seek vaccination have succeeded. Recently, these measures have met strong opposition from the anti-vaccination movement, and history suggests that this will only increase in the face of COVID-19 vaccination hesitancy.

[Over 110,000 readers rely on The Conversation’s newsletter to understand the world. Sign up today.]

In the District of Columbia, a lawsuit has been filed challenging legislation passed in 2020 permitting minors of any age – as long as they are capable of meeting standards of informed consent – to receive any vaccination recommended by the CDC’s Advisory Committee on Immunization Practices.

It now appears that anti-vaccination sentiment has stalled expansion of the mature minor doctrine. I am not aware of any current court cases involving minors seeking vaccination over parental objections, nor of any cases of minors traveling to other states to receive vaccinations under this doctrine.

Even in states where the mature minor doctrine is established, most teenagers are probably unaware of their rights. And as recent history in Tennessee shows, efforts to educate them about those rights may prove controversial.

Brian Dean Abramson does not work for, consult, own shares in or receive funding from any company or organisation that would benefit from this article, and has disclosed no relevant affiliations beyond their academic appointment.

If you don't know where your onions came from, throw them away to prevent salmonella, CDC says

A salmonella outbreak that has sickened more than 600 people in 37 states has been linked to various types of imported onions, federal health officials said.

Is chewing on ice cubes bad for your teeth?

A dentist explains why chewing on ice cubes is a habit worth breaking — no matter the cause or the strength of your cravings to keep doing it.

Scientists temporarily attached a pig's kidney to a human body and watched it begin to work. What's it mean for life-saving transplants?

A food historian spent a month at the Library of Congress trying to answer the question of why we have historically been, and remain, so focused on dietary protein. Here is what she found.

Do your BMI numbers add up? Body mass index has a mixed reputation

Body mass index has had a mixed reputation for estimating obesity and possible health risks. Are there alternatives to measuring body fat?

What's the gut-brain connection? Having a gut feeling is more than an expression

The gut-brain axis links your brain’s emotional and cognitive centers with your intestinal functions.

Ivermectin has been lifesaving for people with parasitic infections like river blindness and strongyloidiasis. But taking it for COVID-19 may result in the opposite effect. Here's a brief history.

How to treat sinusitis without antibiotics

Most cases of sinusitis are associated with viral infections, which are bulletproof to antibiotics.

Can medications and supplements interact with one another?

As people take more and more medications and supplements, the chances for interactions increase.

How to get your garden ready for winter

How to get your garden ready for winter

Need a break from the computer screen? It's time to 'deskercise'

Need a break from the computer screen? It's time to 'deskercise'

From hibiscus to yuzu, the foods set to trend in 2022

From hibiscus to yuzu, the foods set to trend in 2022