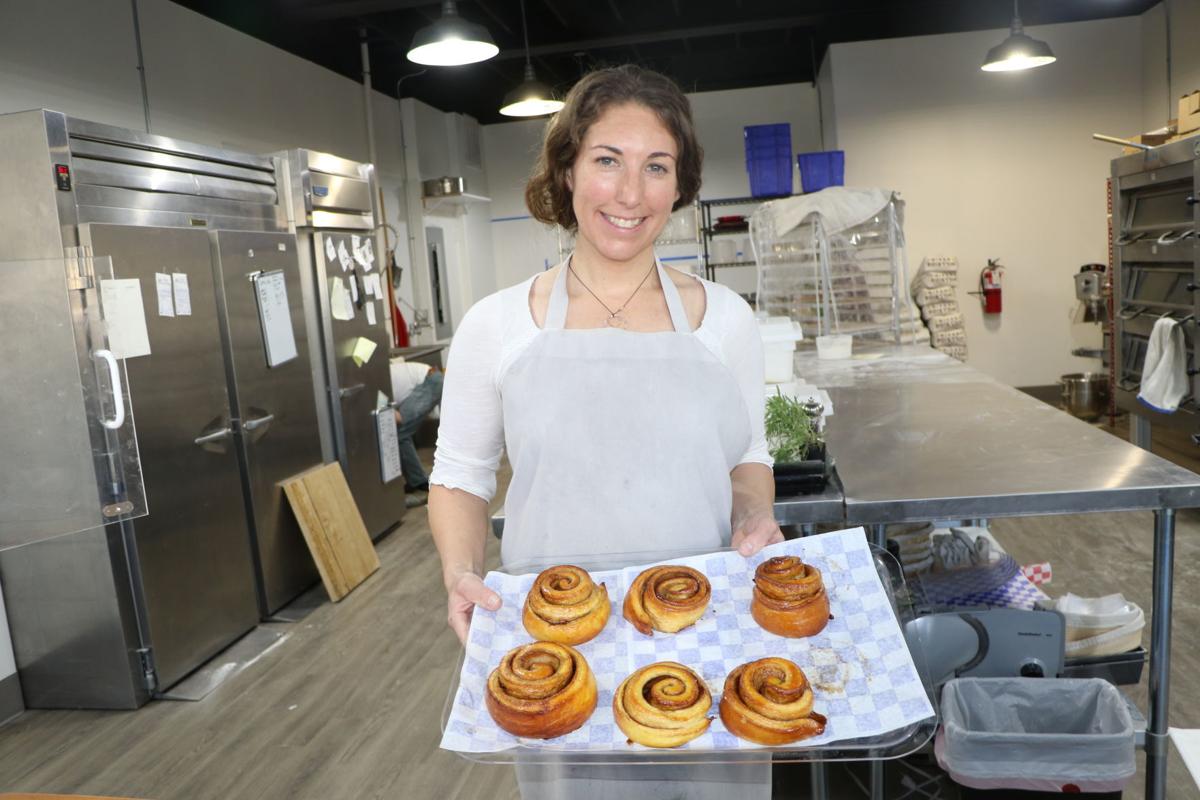 Trina Benson shows off some of the sweet rolls, which are delightfully sweet without the gooey icing many cinnamon rolls boast. 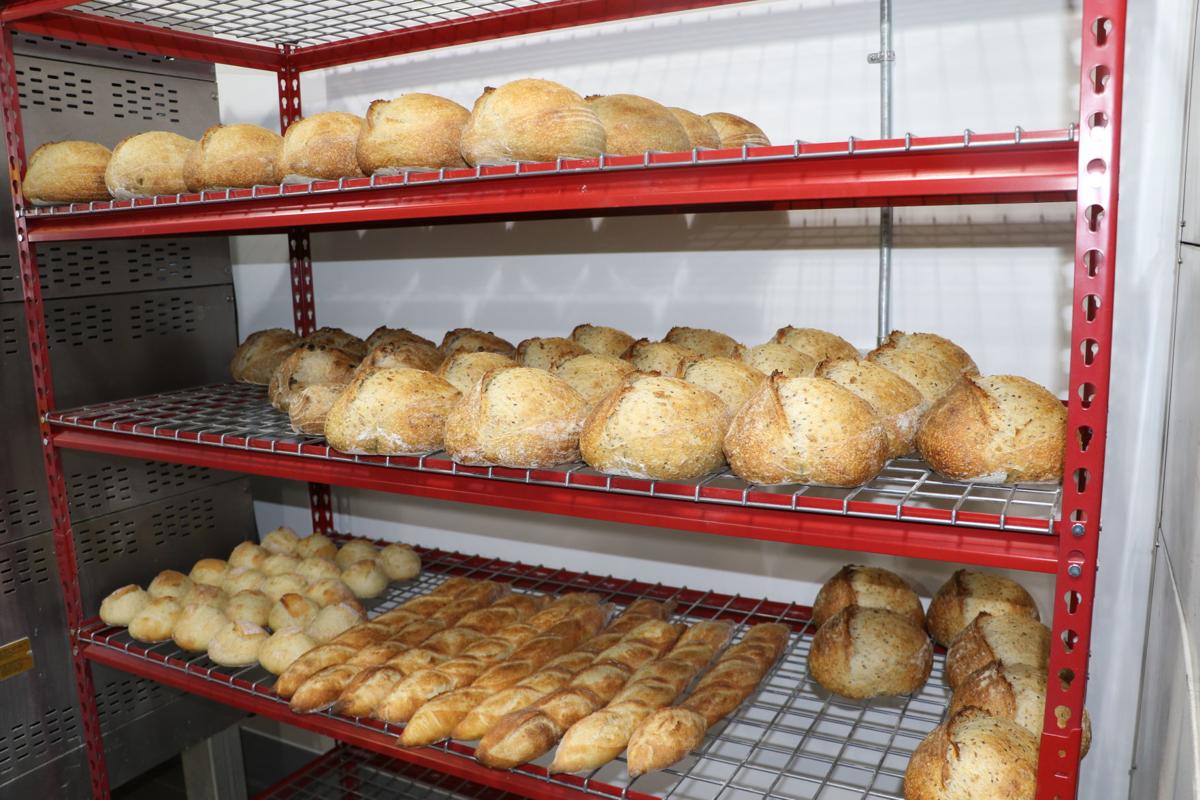 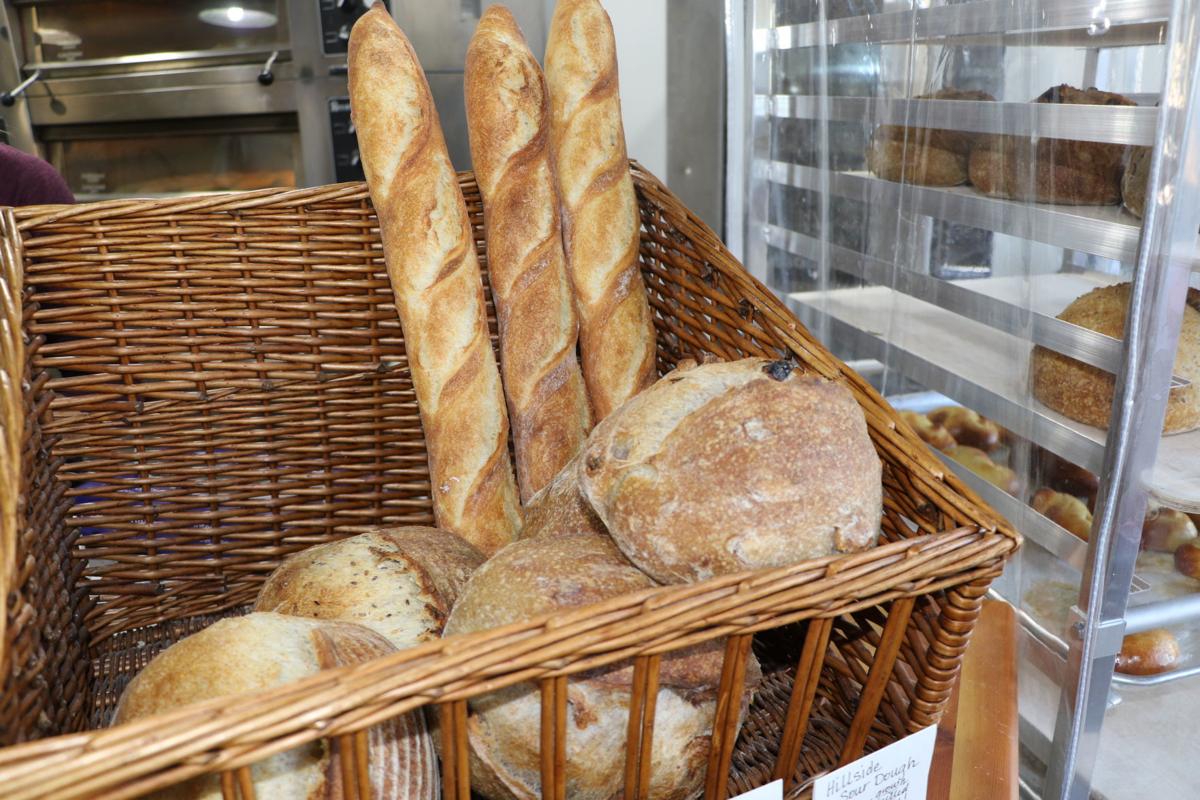 Trina Benson shows off some of the sweet rolls, which are delightfully sweet without the gooey icing many cinnamon rolls boast.

Price: Ranges from $2 for sweet rolls to $7 for raisin walnut sourdough loaf

Why we love them:

Roman Chavez fell in love with artisan French bread during a vacation to Paris. When he couldn’t find the same experience in the bread aisles upon his return home, he didn’t settle for the next best thing — he learned to make his own at the San Francisco Bakery Institute.

“The minute I pulled my first loaf of bread out of the oven, I knew what I wanted to do with the rest of my life,” he said.

Today Chavez’s tangy sourdough loaves are flying out the door at the new Hangar Bread bakery that he opened a few months ago in Hailey.

Customers line up to load their reusable bags with French baguettes, augmenting them with other loaves, including one bursting with sunflower, flax and sesame seeds and another featuring Chavez’s special recipe of raisins and big chunky walnuts.

Others, like Helen Chenoweth and Donell Salus, treat themselves to the cinnamon rolls, which are sweet and moist, despite the lack of glaze.

“My neighbors and my family are hooked on their bread,” said Hailey resident Annie Weber. “My favorite is the loaf with seeds, but the men in my family like the sourdough.’

Chavez was working as a jet fuel broker at the Long Beach airport when he ordered a commercial oven upon graduating from the bakery institute. With no commercial storefront, the deliveryman dropped the oven off at the FedEx hangar where he worked.

Chavez’s fellow employees were soon clamoring to buy the bread and pizza dough that he experimented with.

Chavez began operating out of a studio attached to the garage of his Hailey home after he and his wife, Rachel Schochet, moved to the Wood River Valley to be close to Rachel’s mother.

He baked loaves for NourishMe, Café Della, Tundra and Ketchum Kitchens, then seized the opportunity to have his own storefront.

He uses flour grown at Hillside Farms south of Bellevue and milled on the custom-made European stone mill at the new Hillside Grain.

“I like the whole process from walking through the fields handling the stalks of wheat to harvesting and crushing them, mixing the flour with sourdough, baking it and having someone eat it. And then the cycle starts anew,” he said. “Full cycle from the grain to the mill to the oven to the stomach.”

As Chavez talked, he brushed the flour off freshly baked baguettes, arranging them in a basket alongside other types of bread.

“This is our bachelor’s loaf,” he said, picking up a package with a half loaf of sliced pumpernickel. “It’s just a half loaf, so you can eat it while fresh and come back for another half loaf.”

His sourdough loaf takes two days from start to finish. Trina Benson, his business partner, whips a batch of flour with water and Chavez’s sourdough starter. Stretched, folded and kneaded, the mix is stuffed into small bread proofing baskets four hours later and the baskets are put in a refrigerator, where they will stay 18 to 20 hours as the sourdough feeds on the flour mixture, extracting starches and sugars.

“That’s where you get the flavor,” said Chavez. “When people don’t give the bread time to release those starches, they miss out on the flavor they could have had.”

Each sourdough starter bears characteristics unique to the bacteria on the baker’s hands and the bacteria in its environment, Chavez said. San Francisco has great sourdough bread, he said, because of its salt water ocean air.

“If I went somewhere else, my bread would taste different.”

She pointed out the rosemary growing in the bakery.

“When the focaccia bread, which we make with rosemary and parmesan, comes out of the oven in early afternoon, the aroma draws people in,” she said.

The Times-News is featuring some of the area's fantastic local places to eat — places that can only be found here in the Magic Valley and aren't part of big national chains. Read past columns at Magicvalley.com. Have a suggestion for a great place we should try? Email frontdoor@magicvalley.com.

Local Eats: La Michoacana's arrival in Twin Falls is 25 years in the making

Rosario Tellez watched as her parents went from selling bread door-to-door to opening their first bakery. The new Twin Falls location is their fourth.

QUIZ: What type of Halloween candy are you?