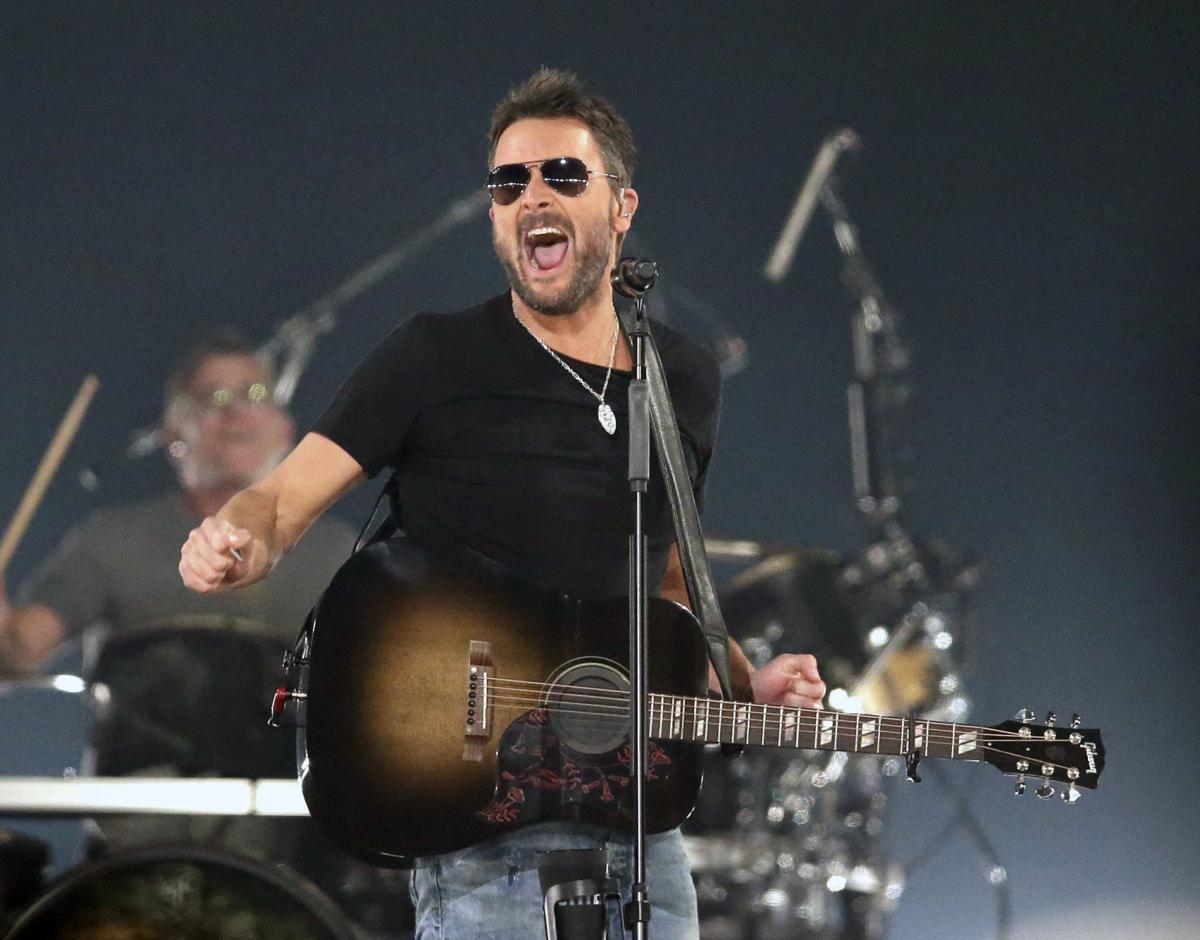 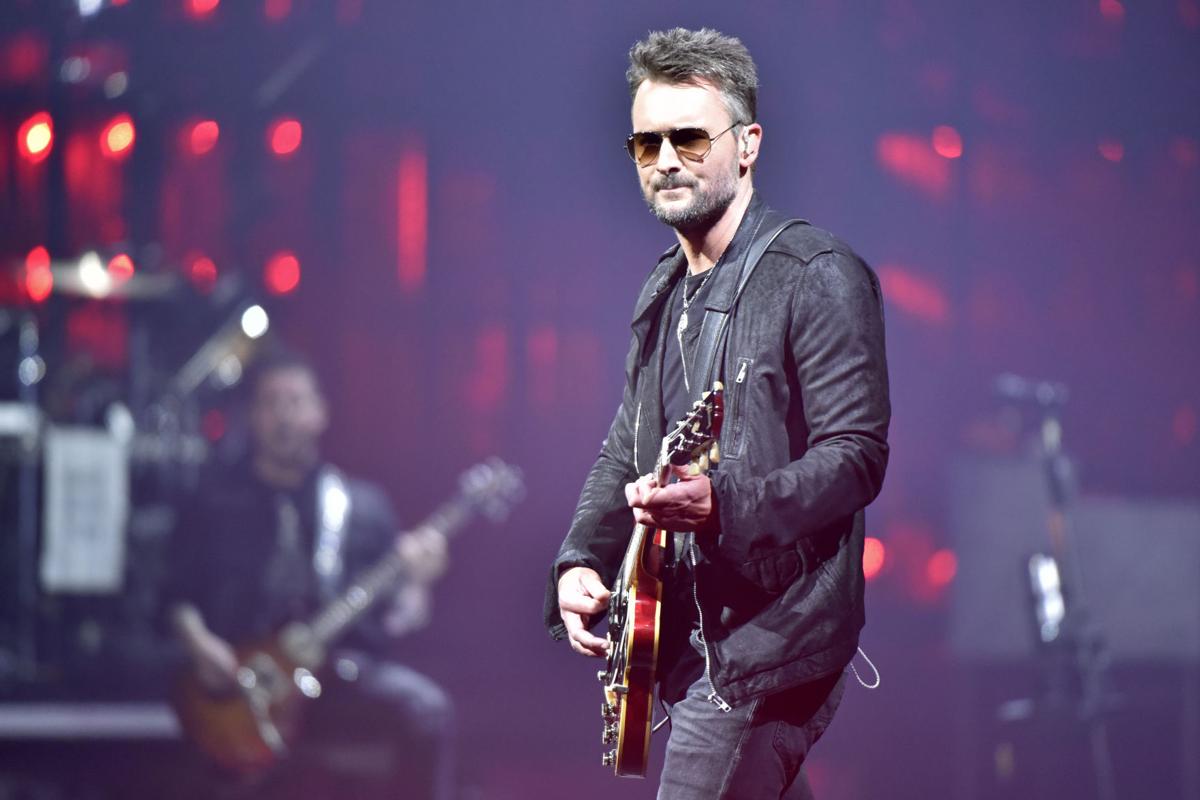 Eric Church performs during his Double Down tour at the Allstate Arena on Saturday, March 23, 2019, in Rosemont, Ill.

But with light glimmering at the end of the pandemic tunnel, Church is ready to hit the road again soon. This fall.

The reigning CMA Entertainer of the Year has announced “The Gather Again Tour,” which is scheduled to hit 55 North American cities. The trek includes a Boise concert, but fans will have to be patient.

Tickets go on sale Friday, May 7, at 10 a.m. at Ticketmaster. Members of the Church Choir fan club will be able to buy presale tickets at 10 a.m. Tuesday, May 4, at EricChurch.com.

“Making the most of the long-awaited opportunity to ‘gather again,’ for the first time in his career Church will adopt an in-the-round set up,” according to a press release, “with the stage at the center of each arena floor in order to accommodate as many fans as possible.”

“A seven-time ACM Award winner, four-time CMA Award winner, and 10-time Grammy nominee, Church has amassed a passionate fanbase around the globe known as the Church Choir as well as a critically acclaimed catalog of music. His most recent album, ‘Desperate Man,’ earned a Grammy nomination for Best Country Album (his third nod in the category) and produced his most recent No. 1 hit, ‘Some Of It.’ Previous releases include the Platinum-certified ‘Sinners Like Me’ (‘How ’Bout You,’ ‘Guys Like Me’), ‘Carolina’ (‘Smoke a Little Smoke,’ ‘Love Your Love the Most’) and ‘Mr. Misunderstood’ (‘Record Year,’ ‘Round Here Buzz’), the Double-Platinum certified ‘The Outsiders’ (‘Like a Wrecking Ball,’ ‘Talladega’) and the three-times Platinum-certified ‘Chief’ (‘Springsteen,’ ‘Drink In My Hand’), as well as 22 Gold, Platinum and multi-Platinum certified singles.”

Church last played ExtraMile Arena, then called Taco Bell Arena, in 2017. His most recent Idaho performance was in 2018 at the now-defunct Mountain Home Country Music Festival.

When it comes to the music industry returning to touring, Church “passionately” has “taken a leadership role,” according to the release.

“It became very clear to me that the only way to really get back to normal is through vaccinations,” Church told Billboard in its April 3 cover story. “You’ve got to get needles in arms.

“I just want to play shows. Politics’ job is to divide – that’s how you win elections. Those things that unite us are music and sports. The times when, whether you’re a Democrat or Republican or whatever, you throw your arm around the person next to you. We need that. I need that.”

Church will appear in an upcoming public service announcement promoting vaccine education, according to the press release. The PSA is scheduled to premiere during the ACM Awards broadcast on Sunday, April 18.

‘WandaVision’ wins big at the 2021 MTV Movie and TV Awards

‘WandaVision’ wins big at the 2021 MTV Movie and TV Awards

Lights, music, waterfalls: Behind the scenes of Shoshone After Dark

The waters tumbling over the 'Niagara of the West' starting Friday night will be illuminated by 42 lights, synced to music and create a spectacle like no other. But how did the project all come together?

The Kimberly High School Choir will get to perform the world premier of a new song — one written by a well-known composer who lives in Twin Falls.

Shoshone Falls to be illuminated after dark in May

The "Niagara of the West" will soon have a new feature, inspired by the shorter eastern attraction: lights.

A 16-year-old "American Idol" contestant has dropped out after a video circulated of him sitting next to someone wearing what appears to be a Ku Klux Klan hood.

When “Last Man Standing” taped its last episode several weeks ago, cast members were grateful they finally got a chance to say goodbye.

The 100 worst reality TV shows of all time

The shows range from the fairly harmless to the downright morally disastrous — along with a few that are so bad they just might be good.

The 50 best TV shows that were canceled

All good things must come to an end, an expression particularly apt when it comes to television shows. Here are 50 of the best TV shows that got canceled.

Confession time: 'I spent the afternoon with Dr. Phil'

My husband and I have been working from home, together, through the pandemic – more than a year now. Like many couples, we made an effort to “…

Tom Cruise has returned his Golden Globes to the Hollywood Foreign Press Association, a source says, amid controversy on the HFPA's lack of diversity.

Ellen DeGeneres, who has seen a ratings hit after allegations of running a toxic workplace, is ending her longtime-running talk show.

AT&T spins off WarnerMedia, combines it with Discovery

AT&T spins off WarnerMedia, combines it with Discovery

Eric Church performs during his Double Down tour at the Allstate Arena on Saturday, March 23, 2019, in Rosemont, Ill.