BOISE — Jay Pickett, the actor who starred in “Soda Springs,” an independent movie filmed in Idaho, died on Friday. He was 60.

Pickett had credits in over 50 films and was featured in soap operas such as “Port Charles, “Days of Our Lives” and “General Hospital,” according to IMDB. An actor who often played cowboys, Pickett was in the process of filming another movie he wrote called “Treasure Valley” when he died on set in Owyhee County.

Travis Mills, director of “Treasure Valley,” told the Idaho Statesman in a phone interview that Pickett was in the midst of filming as Jack Braun —the protagonist who secludes himself on a ranch after losing his family in a fire — when he died in an apparent medical incident. Pickett’s cause of death has not yet been determined.

“He was on his horse and we were getting ready to do a scene,” Mills said. “He slumped over, a couple cowboys said, ‘Something’s wrong.’”

People on scene performed CPR on Pickett until paramedics arrived.

“It was a super shocking thing,” Mills said. “He died on his horse, getting ready to do a movie scene, and that’s what he loved.”

Pickett was raised in Caldwell, and though he lived in Los Angeles at the time of his death, he still had strong ties to Idaho.

Pickett was the middle child of five siblings. He graduated from Vallivue High School in 1980 and attended Treasure Valley Community College and Boise State University, where he studied theater arts and played football for the Broncos. Pickett met his wife, Elena, at TVCC. The pair had three children: Maegan (Ashley), Michaela and Tyler.

Later, Pickett earned his master’s at the University of California-Los Angeles.

“Jay always knew he wanted to be an actor from the time he was a little boy,” said Jan Larison, one of Pickett’s sisters, in a phone interview.

Larison provided horses for the “Treasure Valley” film and was on-set the day Pickett died. She said Pickett “was really in his element that day” during shooting.

The film was on its seventh day of filming Friday — about one-third of the way through the schedule. For now, Mills said it’s too soon to say what will happen with the film.

“We know one thing for sure: The footage that we’ve gotten will be used in some way to pay tribute to Jay,” he said.

“Treasure Valley” was the second Western that Mills and Pickett had worked on together and was something of a follow-up to another Idaho film, 2012’s “Soda Springs,” that Pickett co-wrote and starred in.

Friends said Pickett especially enjoyed such roles, which let him combine his acting chops and the rodeo skills of his youth. (Pickett’s brother, Dee Pickett, is a member of the Pro Rodeo Hall of Fame and nephew Bo Pickett is also a celebrated rodeo tie-down roper. Rodeo professionals Ringo and Rainy Robinson and Lan Larison are also relatives of Pickett’s.)

“Jay was a movie cowboy. He was what everybody wanted to be,” said Michael Feifer, who co-wrote and directed “Soda Springs.”

Feifer and Pickett worked on numerous movies together over two decades. The director said Pickett’s “Clint Eastwood” leading man looks, acting skills and horsemanship made him a natural pick for Westerns.

“Every actor who does a Western says they can ride a horse but they’re lying,” Feifer said in a phone interview. “Not only can Jay ride a horse, but he grew up doing rodeo. I know not only is he going to be safe, he’s going to look good doing it.”

Their film “Catch the Bullet” is slated to debut Sept. 10.

“He was an amazing husband, dad, brother and friend and he leaves a huge hole in our hearts,” his wife, Elena, wrote in a message to Larison. “I’m not sure how we will move forward but I’m sure he will help us get there.”

Pickett was also a mentor.

“He was my big brother, my best friend. He was my daughter’s godfather when she was born,” remembered Michael Dietz, a fellow actor who played Pickett’s brother on “Port Charles.”

Though Dietz left the soap opera after a few years, the two remained close, celebrating their shared birthday and spending holidays together. Dietz said Pickett, 10 years his senior, took Dietz under his wing when Dietz first moved to Los Angeles.

“He was the one guy in the world that I felt like I could speak to about anything,” Dietz said. “It was more than a friendship, he was my family.”

Mills said he was “humbled” to be asked to work on “Treasure Valley” with Pickett.

“Although he was very experienced in the film industry and has a longer history in it than I do, he never brought ego to the table,” Mills said. “He was a very humble guy who would listen to any idea and give it consideration. It was one of the best working relationships I’ve ever had.”

Larison said her brother was a fierce competitor with unending compassion.

“He was passionate about what he did, whatever that was — whether it was roping or making movies or playing catch or coaching basketball,” she said.

On Facebook, friends of the actor lamented his passing.

“My great friend, business partner, favorite actor, big brother, true cowboy and much, much more, Jay Pickett, went to heaven yesterday,” read a post from Feifer, the director of “Soda Springs.” “We co-produced and co-wrote ‘Soda Springs’ and made movie magic in his home state of Idaho. While Jay may not be on earth, ‘Soda Springs’ will always be with us. ... See you soon, cowboy!”

An actor, Jim Heffel, posted on Facebook that Pickett “decided to ride off into the Heavens.” Heffel is part of the “Treasure Valley” production.

“Jay died sitting on a horse ready to rope a steer in the movie ‘Treasure Valley’ in Idaho. The way of a true cowboy,” his post said. “Ride like the wind partner.”

25 years in the making, Trailing of the Sheep Festival still going strong

For the 25th year, hundreds of sheep paraded through Ketchum during the Trailing of the Sheep Festival. Here's a look at what it was like in the town during the event.

‘Something for everyone in every community:’ Magic Valley’s spookier attractions open just in time for Halloween

Almost in the blink of an eye, high temperatures and barbecues became overcast days and falling leaves. As a familiar chill sets into the Magi…

Who was Halyna Hutchins, the director of photography killed by prop gun?

The film industry has been left shocked and in mourning after cinematographer Halyna Hutchins was killed on set when Alec Baldwin discharged a prop firearm.

Events for this week and beyond!

Prop guns: What they are and how they can kill

Even when there is no "bullet" in a prop gun, there are still projectiles, including gun powder and gas that can be dangerous within a certain range.

Want to meet some of the founders of the Magic Valley? You can. And yes, we said meet, even though they are dead.

Betty Lynn, the actress famous for portraying Thelma Lou on "The Andy Griffith Show,” has died. She was 95.

An 11th-hour deal was reached, averting a strike of film and television crews that would have seen some 60,000 behind-the-scenes workers walk off their jobs.

The primary goal of HSCT for MS is to stop the progression of the disease, avoiding new or worsening symptoms. But some patients report the procedure causes improvements as well.

Gwyneth Paltrow cut back on alcohol after battling Covid-19

Footage from Jay Pickett’s latest film, “Treasure Valley,” which the Idaho-born actor wrote and starred in. Pickett died during filming. 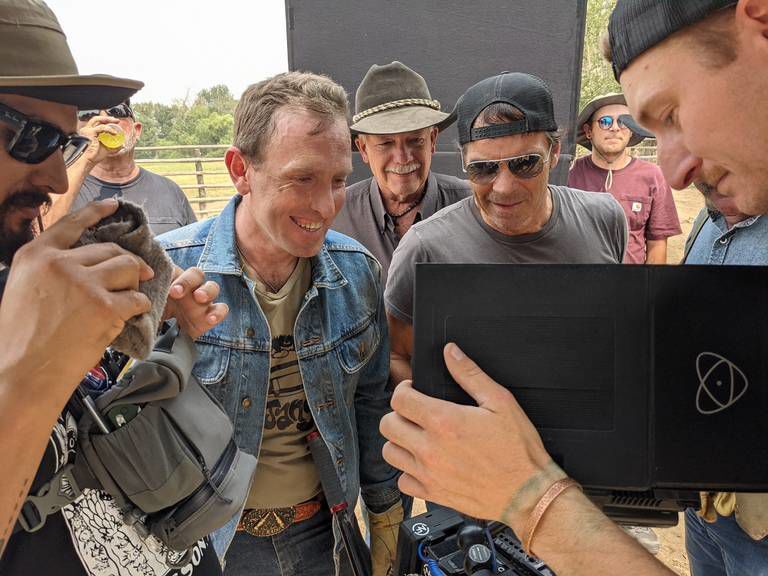 Jay Pickett, center in sunglasses, reviews takes from his film “Treasure Valley” as director Travis Mills, in denim jacket, and Canyon County Sheriff Kieran Donahue, in cowboy hat, look on. Pickett died while filming “Treasure Valley,” which he wrote and starred in.