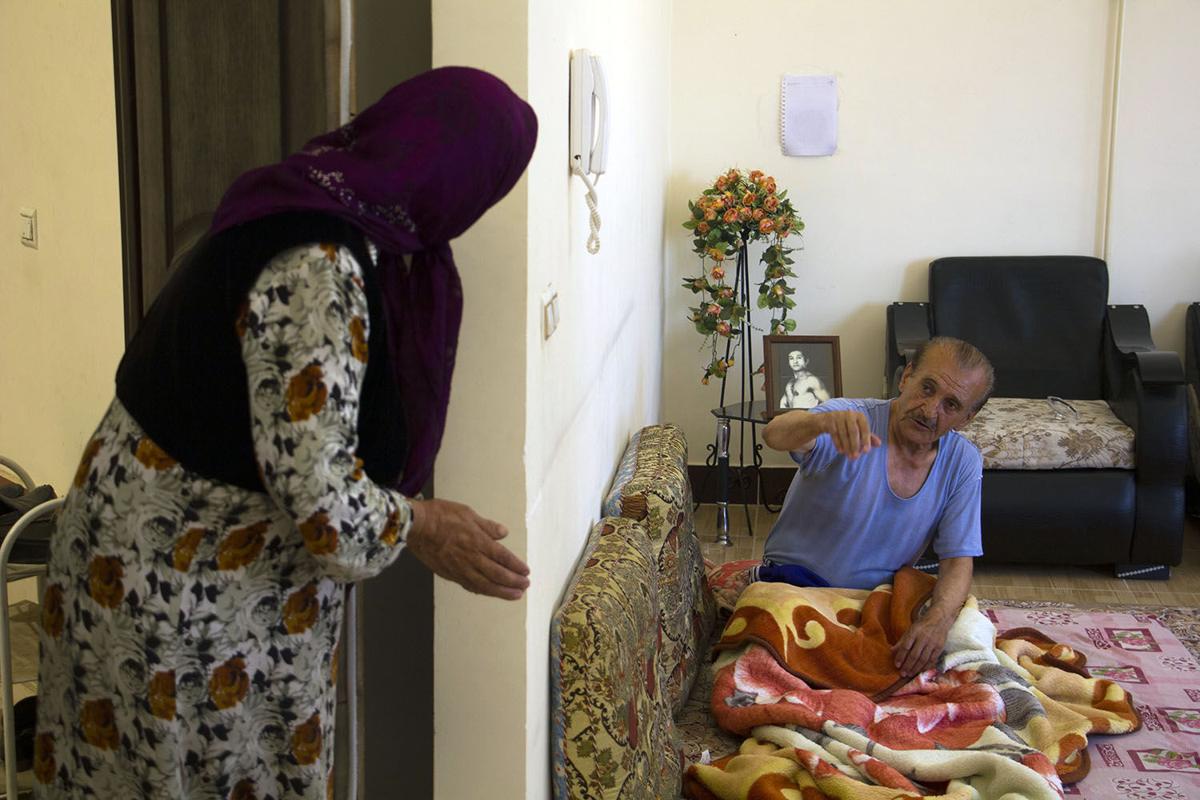 “Fish” is directed by Saman Hosseinpuor of Iran and is a funny look at what happens when water is scarce, and your fish can’t wait. 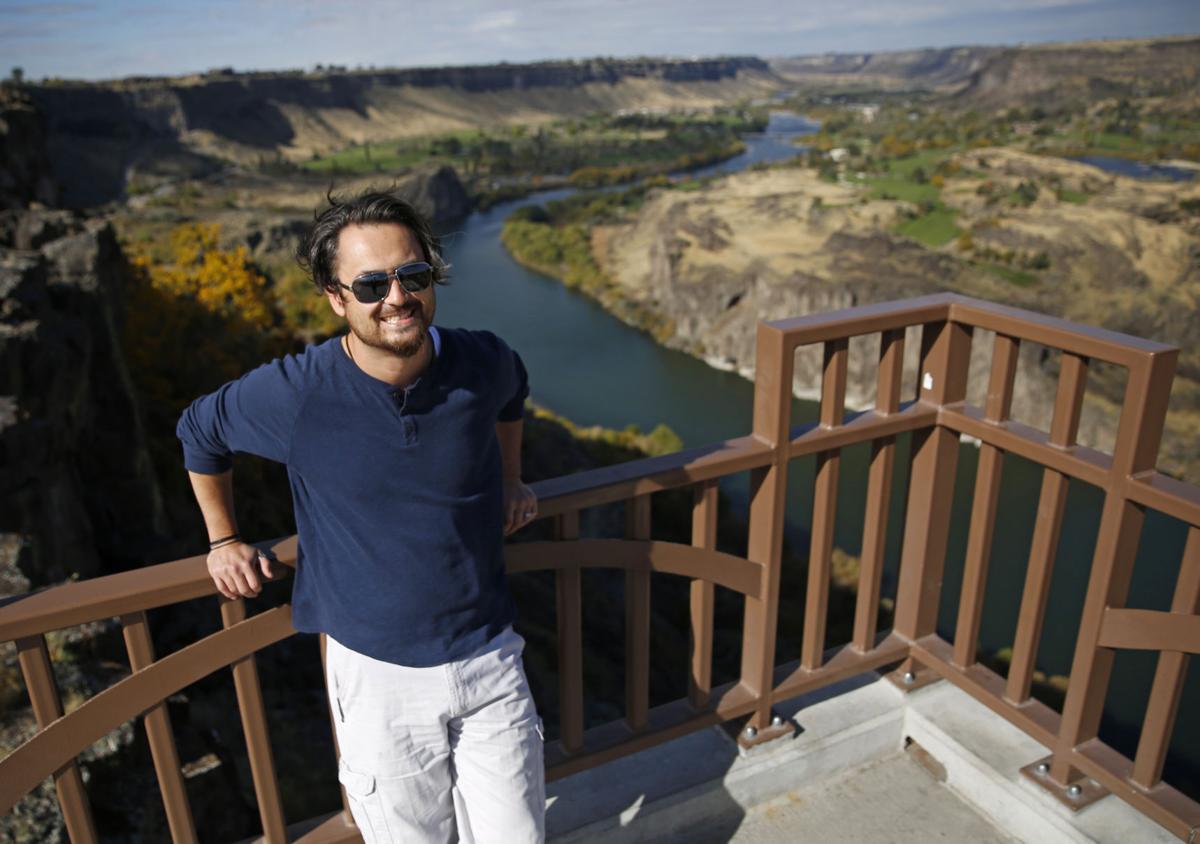 Aaron Mitton poses for a portrait Tuesday at Nielsen Point in Twin Falls. Mitton’s film was selected for the SANDWICHES Film Festival. 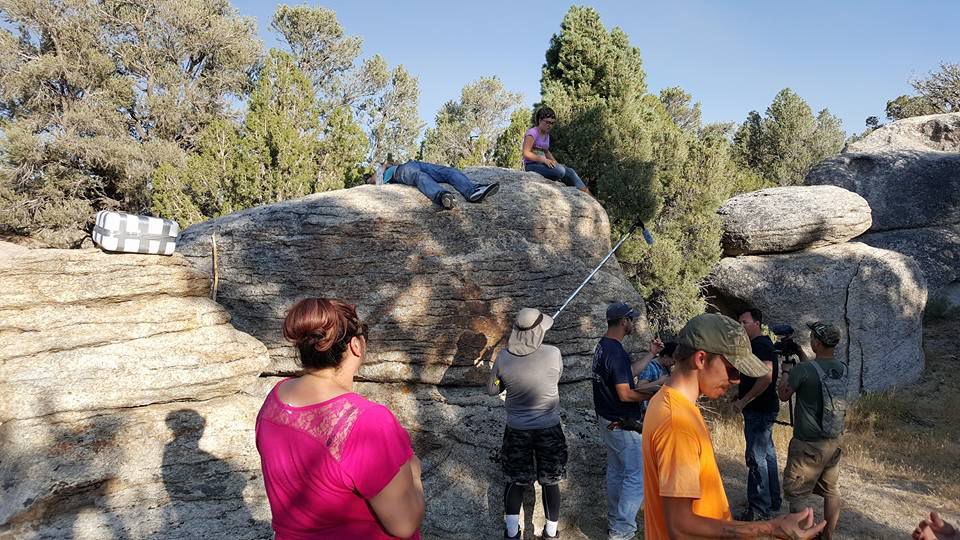 “Fish” is directed by Saman Hosseinpuor of Iran and is a funny look at what happens when water is scarce, and your fish can’t wait.

Aaron Mitton poses for a portrait Tuesday at Nielsen Point in Twin Falls. Mitton’s film was selected for the SANDWICHES Film Festival.

TWIN FALLS — The films are assembled and ready to feed audience appetites.

The Twin Falls SANDWICHES Film Festival starts Friday and continues Saturday at the Orpheum Theatre in Twin Falls. This is the film festival’s inaugural event and the acronym stands for shorts, animated, new filmmakers, diversity, Web series, international, comedy, horror, experimental and student. Festival passes will be $25 a person to attend all the screenings, and individual screenings are $10.

Festival director Ray Chao left Los Angeles on Thursday to fly to Twin Falls. Chao is an actor and producer based in LA. He has been working with Katie Neff and Steve Kaminski — a Jerome couple who perform improv and act around the world — to bring the film festival to Twin Falls.

There were about 180 submissions and 29 were selected. The festival will screen three feature films and 26 short films from directors across the world and in Twin Falls. Three films in the festival have ties to Idaho.

“I’m so excited,” Chao said. “This is like planning a wedding. I feel like we’ve done everything we can and it’s up to the audience to come, and I hope they enjoy it. I think this is something we can provide to Twin Falls every year.”

Chao encouraged people to check out a screenwriter’s table reading from 11 a.m. to 12:15 p.m. Saturday at Twin Beans Coffee. Local actors will read from five scripts.

“I feel like screenwriters benefit because they get to hear actors speak their words,” he said. “That dialogue is really critical. It might be interesting for the general public to hear what a table reading sounds like. It’s just literally people sitting around a table and reading from a script.”

Twelve filmmakers and screenwriters are attending the film festival.

“We want the filmmakers to network and our audiences to ask questions and learn a little bit more about the process,” Chao said. “The community has embraced it they are really excited about it.”

Aaron Mitton won’t have to travel far to see his first film on the big screen.

Mitton, a Twin Falls filmmaker, will show his film “Devils Playground” at 3 p.m. Saturday. The film is about a woman who has experienced a recent tragedy and takes comfort in a friend in a similar situation. But she finds out he may be hiding a dark secret.

“This is my first real project,” Mitton said. “I’ve done other things over the years, personal stuff, student projects.”

Mitton works as a lab scientist and considers film making his hobby.

“I’ve been wanting to do it for awhile,” he said. “It had been percolating for a couple years. I wanted to make sure it was done for our first film festival.”

“Devils Playground” was filmed in Twin Falls and Utah. The film took 11 days to shoot and features a mostly local cast that found through casting calls on Facebook and Craigslist.

Mitton said he was excited when he found out his film was selected for the festival.

“I was excited because I was really nervous,” he said. “I didn’t know if I was going to get in or not.”

Other Idaho-based films are “A Man Takes a Drink” by Idaho filmmaker Adam McCoy. It is a four-minute film that will show at 7 p.m. Saturday.

“Ghost of a Chance” was filmed in Boise and is about a woman named Mary, found barely alive floating down a river. As she starts regaining her memory, she realizes her past life is a little more sinister than she expected. “Ghost of a Chance” will show at 4:30 p.m. Saturday.

“I enjoy independent films and movies,” Mitton said. “Having the festival in Twin will bring better awareness and hopefully create a larger (film) community in Twin Falls.”

TWIN FALLS — Where do socks go when they disappear in the dryer?

i had a great time i made a little video how the event went https://www.youtube.com/watch?v=ZORP6Gccf_g

Harry, Meghan to quit royal jobs, give up 'highness' titles

Report: Hank Azaria to quit voicing Apu on 'The Simpsons'

Jobs in the Magic Valley Area

Your daily 6: Senators swear 'impartial justice,' Starbucks for the poor and another TSA gaffe

Your daily 6: 'OK Boomer' in Supreme Court, impeachment moves to Senate and about those Mount Rushmore fireworks

Your daily 6: Arrests in Iran, school restores mascot removed as racist and brace yourself, Boston

Teague excited to be back with adopted hometown Hawks

Firefighters save world's only 'dinosaur trees' in Australia