While hiking through Black Magic Canyon remnants can be found of the Big Wood River carving its way through old basalt lava rock in Oct. 2019, found north of Shoshone.

While hiking through Black Magic Canyon remnants can be found of the Big Wood River carving its way through old basalt lava rock in Nov. 2019, found north of Shoshone.

Before you go: This hike is only available during the fall and early winter. The hike is not safe to hike during irrigation season, which is mid-March to mid-October.

Directions: From Twin Falls head north on U.S. Highway 93 until you reach East 520 North. Head east on 520 North. It will curve to the north and turn into 3 Mile Road East. Stay straight to enter a gravel road and follow it until you reach a dam. Park and enter the canyon from there. 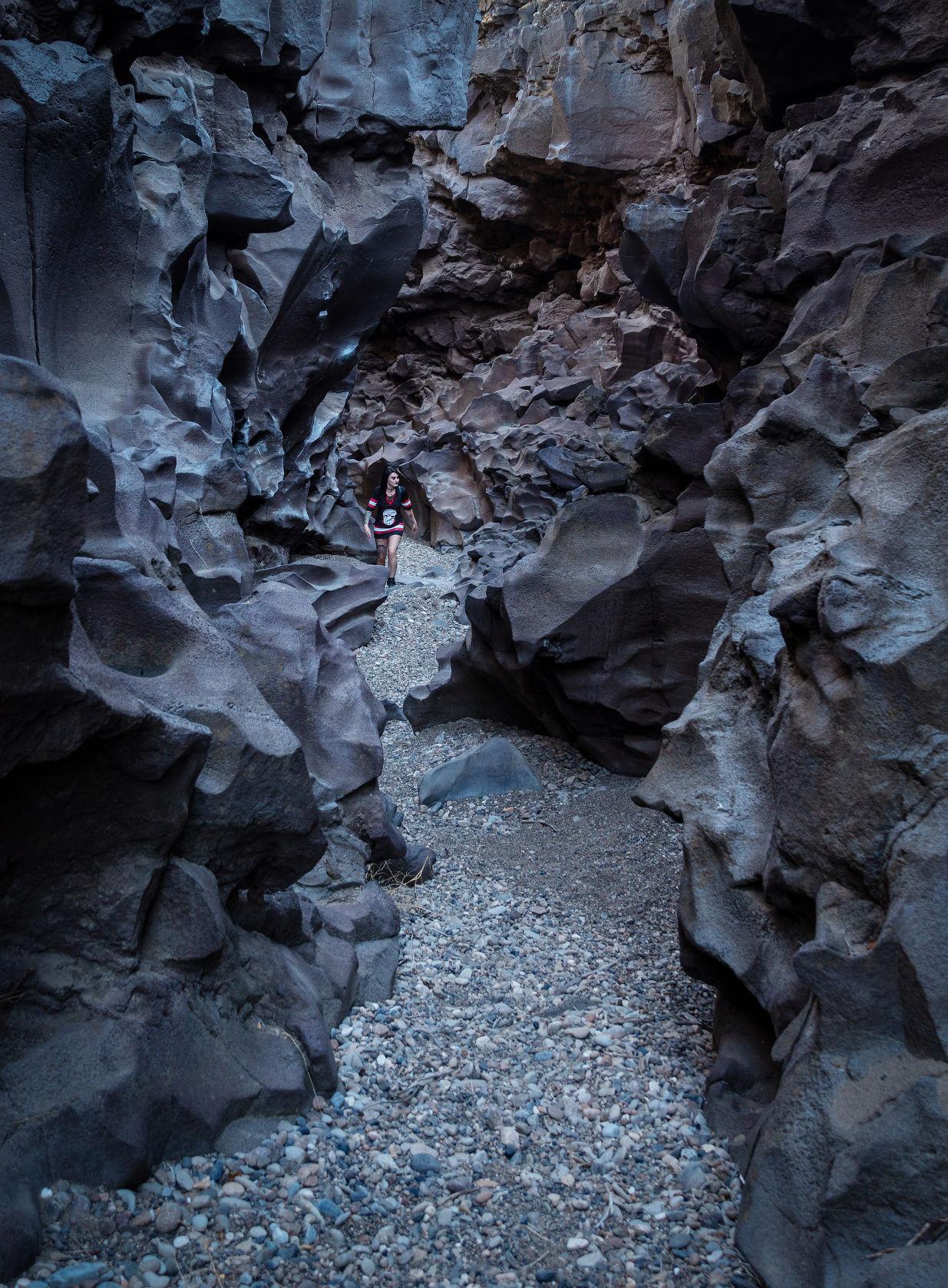 Why make the hike: While this isn’t Antelope Canyon in Arizona or The Narrows at Zion National Park, Black Magic Canyon gives hikers a small, yet spectacular canyon lined with dark basalt walls that have been carved out over thousands of years from the Big Wood River. The unique landscape can make for some really amazing photos and a fantastic experience for hikers. 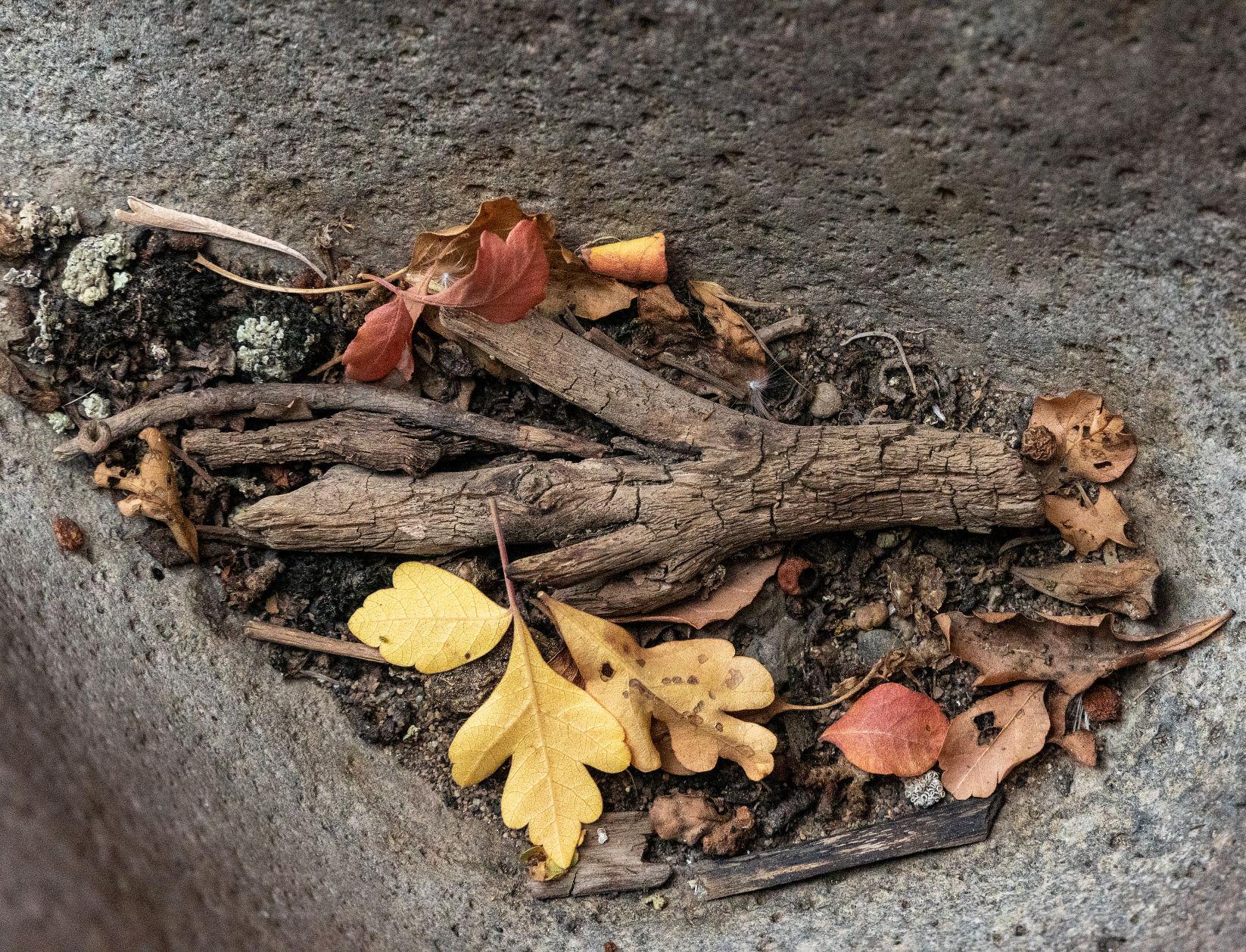 Debris fills a hole in the basalt seen during a hike Tuesday, Oct. 5, through Black Magic Canyon north of Shoshone.

Pro photo tip: The devil is in the details. While the canyon is amazing, look for tiny details to photograph such as the texture in the walls or debris left over time. Consider converting your photos to black and white to help bring out the grit from your photography adventure. 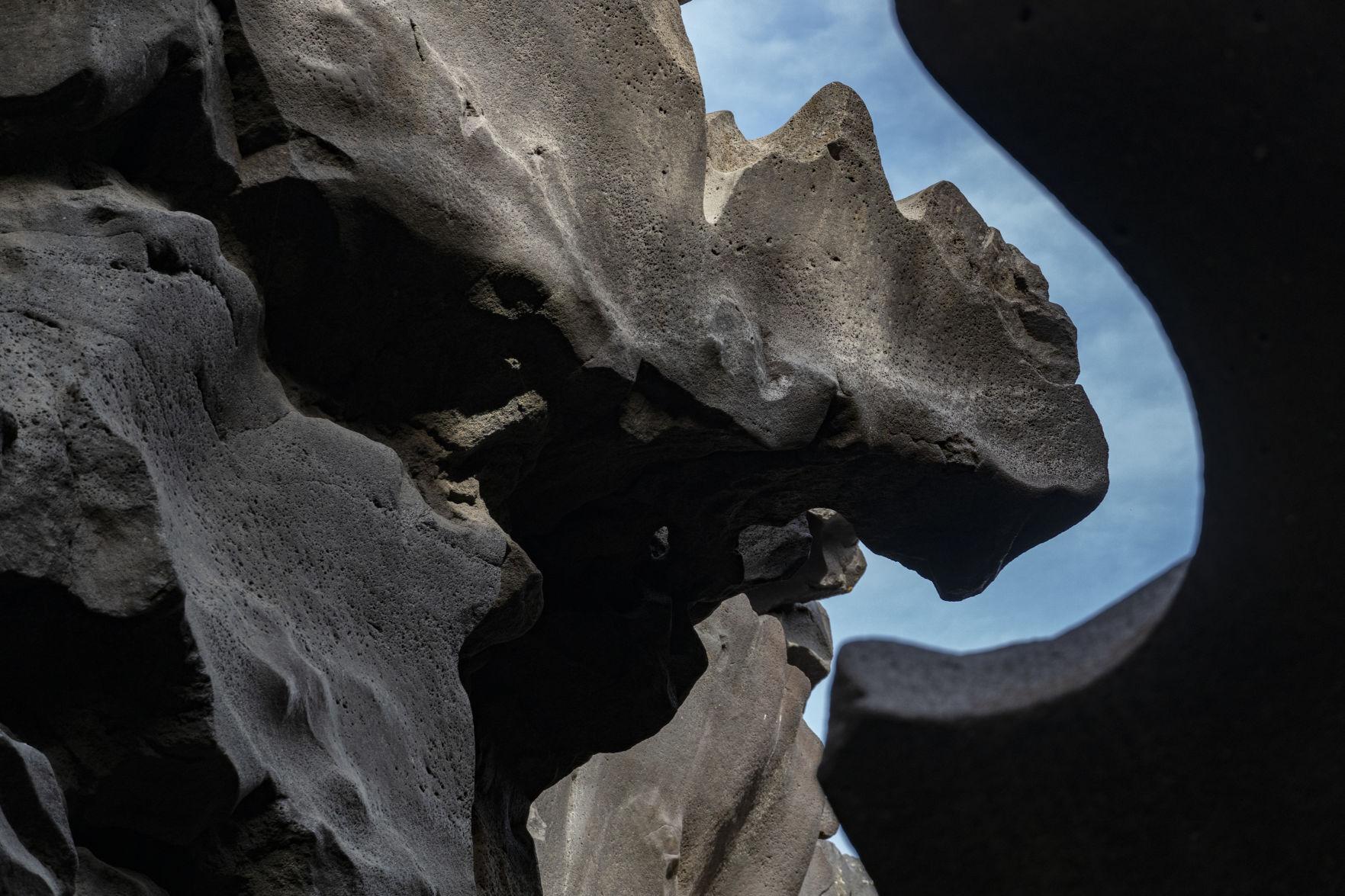 While hiking through Black Magic Canyon remnants can be found of the Big Wood River carving its way through old basalt lava rock in Nov. 2019, found north of Shoshone.

NOTE: Please consider taking a bag to collect trash on your way out.

Accessing the outdoors during the COVID-19 pandemic

Visitors are encouraged to enjoy a hike, a ride or a camping trip but should adhere to best health practices to prevent virus transmission, including staying at least six-feet away from others and avoiding groups of people who are not immediate family members or housemates. Please wear a mask if close contact is unavoidable.

Please observe leave no trace policies and pack out whatever you pack in. Stay safe and enjoy the outdoors.

While hiking through Black Magic Canyon remnants can be found of the Big Wood River carving its way through old basalt lava rock north of Shoshone.

Finding gems while hiking in the Magic Valley and making pictures.

I have known Lizbeth through Castleford High School as her school counselor. It is a privilege to work with her and witness her efforts pay off academically and through altruistic measures. Her academic record and list of accomplishments stands alone.

Lizbeth is a dynamic individual, who has the capacity to transform the world around her. I am amazed at her poise and balance with all she accomplishes. She is able to organize and manage her time effectively to achieve high standards in leadership, academia and service.

Lizbeth has true grit and resilience. She has proven this with her ability to overcome hardship with regard to family trauma during her high school career. Albeit extremely difficult, her aspirations nor achievement were daunted. Instead, it made her stronger and was a pivotal growth moment from which she used as a springboard for strength and dedication not only to her parents but for her younger brother. Her inner strength composes her outward confidence.

Liz will graduate high school with more than 40 college credits and her CNA credentials. She has a perfect 4.0.

She is involved in numerous service projects through National Honor Society. She is a leader in our school and does so by example. She also helps out with translating in many different scenarios.

Her academic achievements include completion of college core curriculum alongside the high school diploma while maintaining a perfect 4.0 GPA.

Liz shows resilience by championing obstacles with grief and loss. She has ambition and motivation with a diverse list of accomplishments leading her to be well-rounded.

She is curiosity with cultural understanding through pursuing goals related to being an exceptional human being.

“Liz has been a student of mine for the past three years,” said math teacher Madison Reynolds. “As her math and leadership teacher, I have seen many examples of Liz’s hard work, dedication, and leadership abilities. She consistently strives to actually learn and understand the material and concepts presented in class and dedicates time outside of class to ensure her success. Liz consistently models positive behaviors and leads by example. It is because of her dedication and perseverance that she consistently achieves her goals.”

“Liz continually demonstrates her ability to think of others and act in empathetic ways,” Reynolds said. “She looks for ways to encourage her peers and her high emotional intelligence helps her identify the needs of others. Her positive attitude and dedication to her learning influence those closest to her. I believe that Liz’s character, integrity, and moral compass will continue to guide her and lead her to impact others positively. She pushes herself and others to achieve great things and her resilience continues to yield success in her life. I have no doubt that Liz will continue to be successful in whatever path she chooses to take.”

The Republican governor, in a speech about the future of work that was followed by several questions, said expanding day care could help get more workers back in the workforce.

Idaho’s current unemployment rate of 2.9% puts the state back at pre-pandemic levels last seen in early 2020, a span that includes a period of double-digit unemployment as COVID-19 spread and jobs evaporated. But now, many employers can’t find enough workers.

“We know part of that is parents who are staying home,” Little said. “We think we can take some onetime money and build some (day care) capacity.”

Nationally, the U.S. Department of Labor said last week that the unemployment rate last month dropped from 5.2% to 4.8%. Officials said 194,000 people found work, a tepid number and evidence that the pandemic remained a problem, with many companies struggling to fill millions of open jobs.

Idaho has had problems with the highly contagious delta variant, with the state currently on crisis standards of care due to so many unvaccinated patients filling hospitals. Crisis care standards mean that scarce resources such as ICU beds will be allotted to the patients most likely to survive.

Idaho is one of the least vaccinated U.S. states. Little, who has been vaccinated, has consistently asked residents get vaccinated too, among other things, help the state’s economy improve.

The council that held Tuesday’s event is an independent office of the governor created by former Gov. C.L. “Butch” Otter in 2017 to find statewide strategies to help businesses succeed. Lack of workers was a primary topic among the day’s speakers.

“It’s a common hymn that I hear from everybody in the workforce,” said Little, noting that he’s had a series of roundtables around the state with business leaders. “We see this all over.”

Little didn’t offer any numbers on his plan. The Idaho Department of Health and Welfare has requested $100 million in its 2022 budget for existing child care providers. The money to expand day care capacity would come from Idaho’s share of the $1.9 trillion COVID-19 rescue package signed into law by President Joe Biden in March.

Little’s spokeswoman, Marissa Morrison, said details about the plan will be revealed when the governor gives his state of the state speech to lawmakers in early January.

“Nationwide, statistics show that the pandemic had a huge effect on women in the workforce, and families are a priority for the governor,” she said.

Specifically, Little said he’d like to get the state’s workforce participation rate higher. The rate is comprised of those 16 years and older working or looking for work. Little noted Idaho’s rate in 1998 was over 71%, but it’s now dropped to 62.5%, according to the Idaho Department of Labor.

“If we want to get the participation rate up, (day care) is something we’re going have to address,” he said.

It’s not clear how lawmakers will receive an initiative to increase day care capacity. House Republicans earlier this year killed a federal $6 million early childhood learning grant. Republican Rep. Charlie Shepherd argued against using the money made available by the Trump administration because he was against anything that made “it easier or more convenient for mothers to come out of the home and let others raise their child.”

He later apologized for the comment but declined to change his vote, and an attempt to get another vote on the legislation failed.