Please log in to keep reading.
Enjoy unlimited articles at one of our lowest prices ever.

President Joe Biden speaks during an event Wednesday in the South Court Auditorium on the White House campus.

Giffords Law Center senior policy adviser David Chipman speaks at a House Judiciary Committee hearing on assault weapons Sept. 25, 2019 on Capitol Hill in Washington. The Biden administration is expected to nominate Chipman to be director of the Bureau of Alcohol, Tobacco, Firearms and Explosives.

WASHINGTON — President Joe Biden will unveil a series of executive actions aimed at addressing gun violence on Thursday, according to a person familiar with the plans, delivering his first major action on gun control since taking office.

He’s also expected to nominate David Chipman, a former federal agent and adviser at the gun control group Giffords, to be director of the Bureau of Alcohol, Tobacco, Firearms and Explosives.

Two people familiar with the matter told The Associated Press that Chipman’s nomination is expected to be announced Thursday. The people could not discuss the matter publicly ahead of an official announcement and spoke to The AP on condition of anonymity. If confirmed, Chipman would be the agency’s first permanent director since 2015.

Biden has faced increasing pressure to act on gun control after a spate of mass shootings across the U.S. in recent weeks, but the White House has repeatedly emphasized the need for legislative action on guns. While the House passed a background check bill last month, gun control measures face slim prospects in an evenly divided Senate, where Republicans remain near-unified against most proposals.

Biden is expected to announce tighter regulations requiring buyers of so-called ghost guns to undergo background checks. The homemade firearms — often assembled from parts and milled with a metal-cutting machine — often lack serial numbers used to trace them. It’s legal to build a gun in a home or a workshop and there is no federal requirement for a background check.

The president’s plans were previewed by a person familiar with the expected actions who was not authorized to publicly discuss them. Biden will be joined by Attorney General Merrick Garland at the event.

Senior administration officials confirmed that the Justice Department would issue a new proposed rule aimed at reining in ghost guns within 30 days, but offered no details on the content of the rule.

The Justice Department will also issue a proposed rule within 60 days tightening regulations on pistol-stabilizing braces, like the one used by the Boulder, Colorado, shooter in a massacre last month that left 10 dead. The rule would designate pistols used with stabilizing braces as short-barreled rifles, which, under the National Firearms Act, require a federal license to own and are subject to a more thorough application process and a $200 tax.

The Justice Department will also publish model red flag legislation within 60 days, which the administration says will make it easier for states to adopt their own red flag laws. Such laws allow for individuals to petition a court to allow the police to confiscate weapons from a person deemed to be a danger to themselves or others.

It will begin to provide more data on firearms trafficking, starting with a new comprehensive report on the issue, which the Biden administration says it hasn’t done in over two decades.

The president will also announce investments in community violence intervention programs, which are aimed at reducing gun violence in urban communities, across five federal agencies.

Administration officials hinted there may be more to come from the administration on guns, calling the round of executive actions “initial steps” that were completed under Garland’s purview within the first few weeks of his tenure.

The ATF is currently run by Acting Director Regina Lombardo. Gun-control advocates have emphasized the significance of the ATF director in enforcing the nation’s gun laws, and Chipman is certain to win praise from them. During his time as a senior policy adviser with Giffords, he spent considerable effort pushing for greater regulation and enforcement on “ghost guns,” reforms of the background check system and measures to reduce the trafficking of illegal firearms.

Prior to that, Chipman spent 25 years as an agent at the ATF, where he worked on stopping a trafficking ring that sent illegal firearms from Virginia to New York, and served on the ATF’s SWAT team. Chipman is a gun owner himself.

Chipman and a White House spokesman both declined to comment.

During his campaign, Biden promised to prioritize new gun control measures as president, including enacting universal background check legislation, banning online sales of firearms and the manufacture and sale of assault weapons and high-capacity magazines. But gun-control advocates have said that while they were heartened by signs from the White House that they took the issue seriously, they’ve been disappointed by the lack of early action.

Biden himself expressed uncertainty late last month when asked if he had the political capital to pass new gun control proposals, telling reporters, “I haven’t done any counting yet.”

White House press secretary Jen Psaki said last month, however, that executive actions on guns were coming as well, calling them “one of the levers that we can use” to address gun violence. 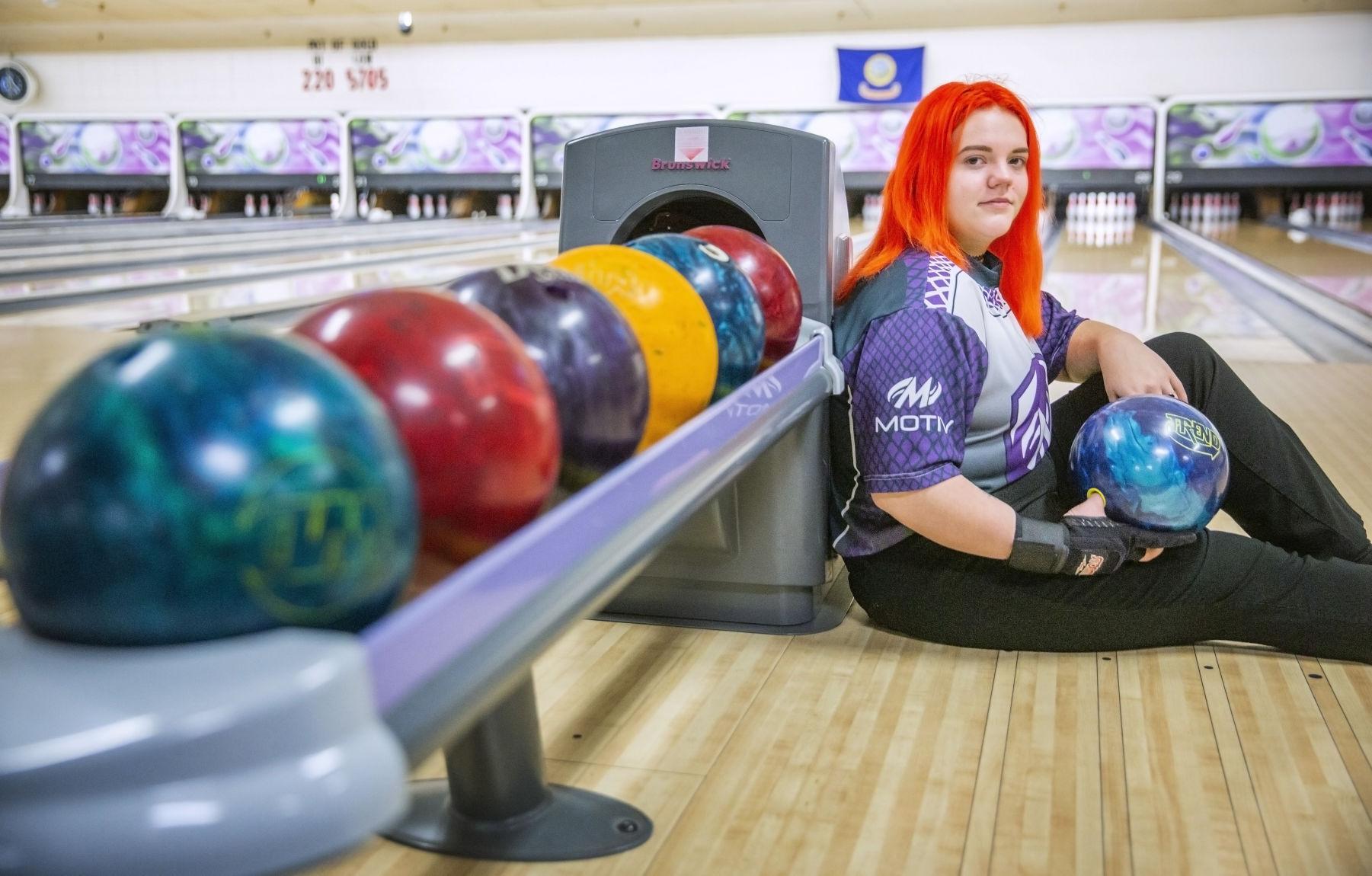 Kimberly High School senior Stephi Leazer poses for a portrait March 24 at Bowladrome in Twin Falls. Leazer is the 3A girls state bowling champion and the Times-News 2021 girls bowler of the year. See the story on page B1.

Editor’s note: This column first ran Sept. 6, 2012, in the Times-News and at Magicvalley.com

Ezra Meeker was 22 years old the first time when he passed through here. Meeker, along with his wife, Eliza Jane, and his infant son, Marion, followed the Old Oregon Trail through Idaho in 1852 in search of the American Dream.

Meeker settled in what would become Puyallup, Washington, where he amassed a fortune and became one of the most influential men in the state.

Hard times at the end of the 19th century destroyed his financial empire, so Meeker started a new life devoted to preserving the Oregon Trail, the route that took more than 300,000 emigrants west.

The Oregon Trail was disappearing across the West; the trail had been plowed under in many places and progress was erasing the trail from the nation’s collective memory. Determined to keep the historic emigrant route from fading into obscurity, Meeker set out with a team of oxen and a covered wagon and traveled back east over the route he had taken some 50 years before.

The attention Meeker drew to the Oregon Trail on his numerous trips across the West resulted in the eventual preservation of the trail and its alternate routes. 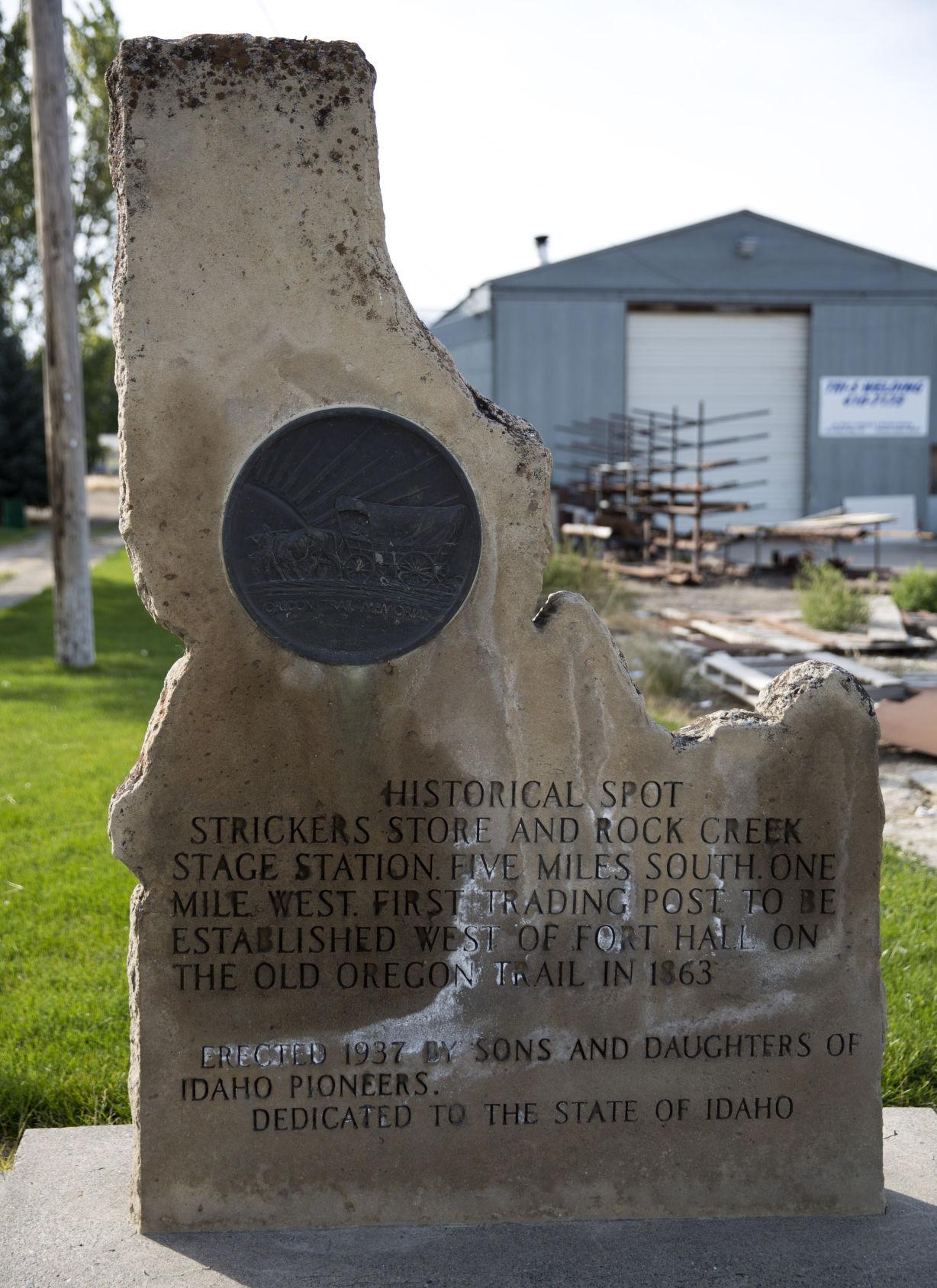 The white-haired, bearded pioneer caused a stir everywhere he went. He stopped at each town along the way and gave speeches about the Oregon Trail. In 1910, on his second trip back, the 80-year-old Meeker spoke at Shoshone Falls to a large gathering celebrating Twin Falls County’s first Flag Day. 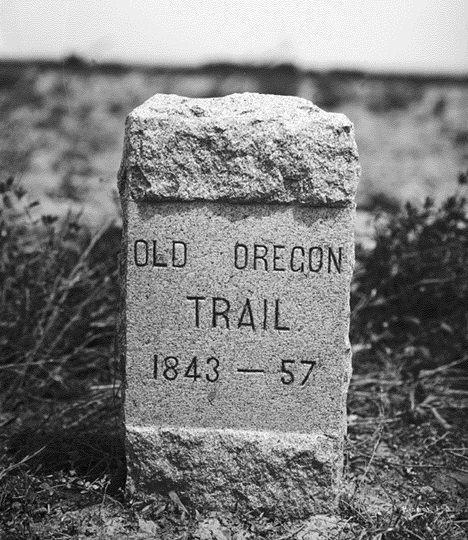 Markers designating the path of the 2,000-mile Oregon Trail come in many shapes and sizes and include various dates. Shown here is a marker photographed by early Twin Falls photographer Clarence E. Bisbee.

Meeker charged a fee — 10 cents for adults and a nickel for children — to view his wagon, which was painted with slogans advertising the Oregon Trail.

Finally, in 1924 — at the age of 94 — Meeker flew from Vancouver, Washington, over the Oregon Trail to Dayton, Ohio, in an open-cockpit plane, piloted by Lt. Oakley Kelley. The next day, he rode in a parade with Orville Wright, then flew to Washington, D.C., to meet with President Calvin Coolidge.

Meeker gave the president his plan to designate a national highway honoring the Oregon Trail.

Gov. Brad Little prepares to talk about Idaho's COVID-19 response and what he'd like to see done by the summer Wednesday, Jan. 20, 2021, at CSI in Twin Falls.

The Republican governor in his order also prohibited state agencies from providing information on an people’s vaccine status to other people, companies or government entities.

Little, who has received the vaccine, said in the order that he strongly encourages people to get vaccinated. But he expressed serious concerns that a requirement for vaccine passports would violate medical privacy rights.

In New York state, a government-sponsored vaccine passport called the “Excelsior Pass” is being introduced. The smartphone app shows whether people have been vaccinated or recently tested negative for COVID-19.

The White House has ruled out a national vaccine passport, saying it is leaving it to up the private sector for companies that want to develop a system for people to show they have been vaccinated.

Besides citing concerns about medical privacy rights, Little said COVID-19 vaccine passports could cause prejudice against “those unable to receive the vaccine, slow our economic recovery, cause division among our populace and, ultimately, be counterproductive to the widespread administration of the COVID-19 vaccines among Idahoans.”

State officials have said that more than 325,000 of Idaho’s 1.8 million residents are fully vaccinated and that 170,000 have received one dose of vaccines requiring two doses.