Please subscribe to keep reading. You can cancel at any time.
Already a subscriber?
Log in or Activate your account.
Loading&hellp
No thanks, return to homepage.

The former Idaho Youth Ranch building will finally be demolished and replaced starting this week. Main Avenue will be closed Monday evening as part of the demolition work.

The Galena Opportunity Fund’s project for the downtown Twin Falls location has faced tons of setbacks and the expected demolition date for the property at 160 Main Avenue has been delayed more than a handful of times during the past year.

Among the many snags were issues at both the Planning and Zoning and City Council levels, incorrectly mailed public meeting notices, structural problems associated with the Youth Ranch building’s demolition, the COVID-19 pandemic and ownership changes, just to name a few.

But on Monday, Main Avenue will shut down between Hansen Street and 150 Main Avenue to allow for crane set-up and demolition. The closure will last from 6 p.m. to 10 p.m.

City economic development leaders have said the project will be valuable for downtown Twin Falls’ ongoing economic revitalization. When completed, the former Youth Ranch site will be home to a six-story building with ground-level retail, upper level apartments and office space sandwiched in-between. 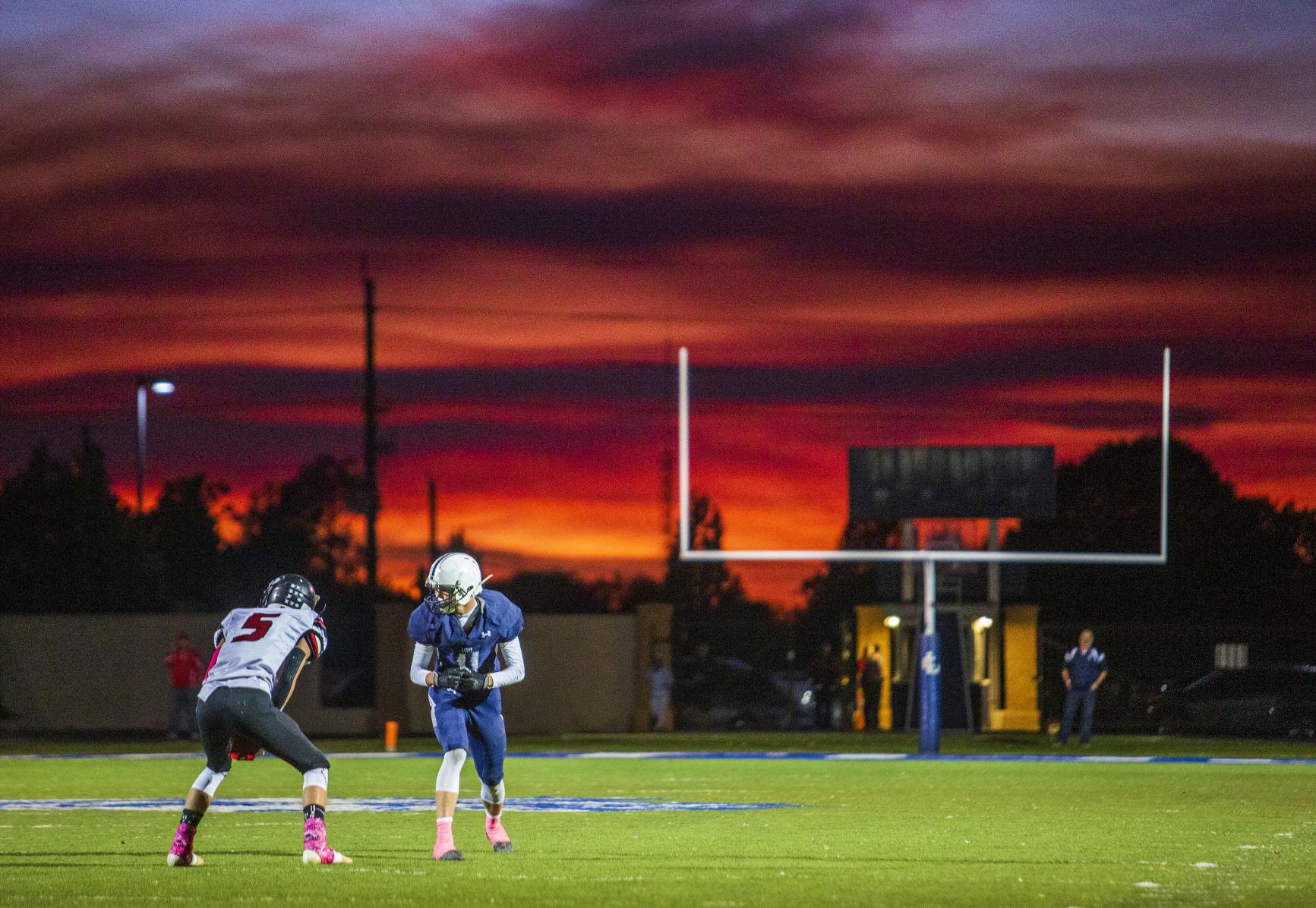 The Supreme Court building is shown May 4 in Washington.

WASHINGTON — The Supreme Court agreed Friday to take up President Donald Trump’s policy, blocked by a lower court, to exclude people living in the U.S. illegally from the census count that will be used to allocate seats in the House of Representatives.

Never in U.S. history have immigrants been excluded from the population count that determines how House seats, and by extension Electoral College votes, are divided among the states, a three-judge federal count said in September when it held Trump’s policy illegal.

The justices put the case on a fast track, setting arguments for Nov. 30. A decision is expected by the end of the year or early in January, when Trump has to report census numbers to the House.

Trump’s high court nominee, Amy Coney Barrett, could take part in the case if, as seems likely, she is confirmed by then.

Last year, the court by a 5-4 vote barred Trump from adding a census question asking people about their citizenship. Justice Ruth Bader Ginsburg, who died last month, was part of that slim majority. Barrett would take Ginsburg’s seat.

“President Trump has repeatedly tried — and failed — to weaponize the census for his attacks on immigrant communities. The Supreme Court rejected his attempt last year and should do so again,” said American Civil Liberties Union lawyer Dale Ho, representing a coalition of immigrant advocacy groups that challenged Trump’s plan in court.

Trump left it to Commerce Secretary Wilbur Ross, who oversees the Census Bureau, to figure out how many immigrants are not living legally in each state.

The administration told the court that the president retains “discretion to exclude illegal aliens from the apportionment based on their immigration status.”

Trump’s violation of federal law is “not particularly close or complicated,” the ACLU said in a court filing arguing that the court shouldn’t hear the case.

The Supreme Court separately allowed the administration to end the actual census count this week, blocking a court order that would have kept the count going until the end of the month.

The court did not take action on two other administration appeals of controversial policies on asylum seekers and the border wall that also were ruled illegal by lower courts.

Since early last year, the administration has made asylum-seekers wait in Mexico for U.S. court hearings, which has forced tens of thousands of people to return to Mexico.

Known informally as “Remain in Mexico,” the policy became a key pillar of the administration’s response to a surge of asylum-seeking families from Central America at the southern border. It also drew criticism for having people wait in dangerous cities.

The administration also is appealing a ruling that the administration can’t spend more than Congress authorized for border security. After Congress refused to give Trump all the money he wanted for the wall, he declared a national emergency at the border and Defense Department officials transferred billions of dollars to the project.

Lower courts sided with states and environmental groups that challenged the transfer as a violation of the Constitution’s provision giving Congress the power to determine spending. A separate suit from members of Congress also is making its way to the court.

The justices blocked the court rulings in both the asylum seekers and border wall cases, leaving the policies in effect. Arguments wouldn’t heard before next year and the issues would have much less significance if Joe Biden were to become president. He could rescind Trump’s policy forcing asylum seekers to wait in Mexico, for example. 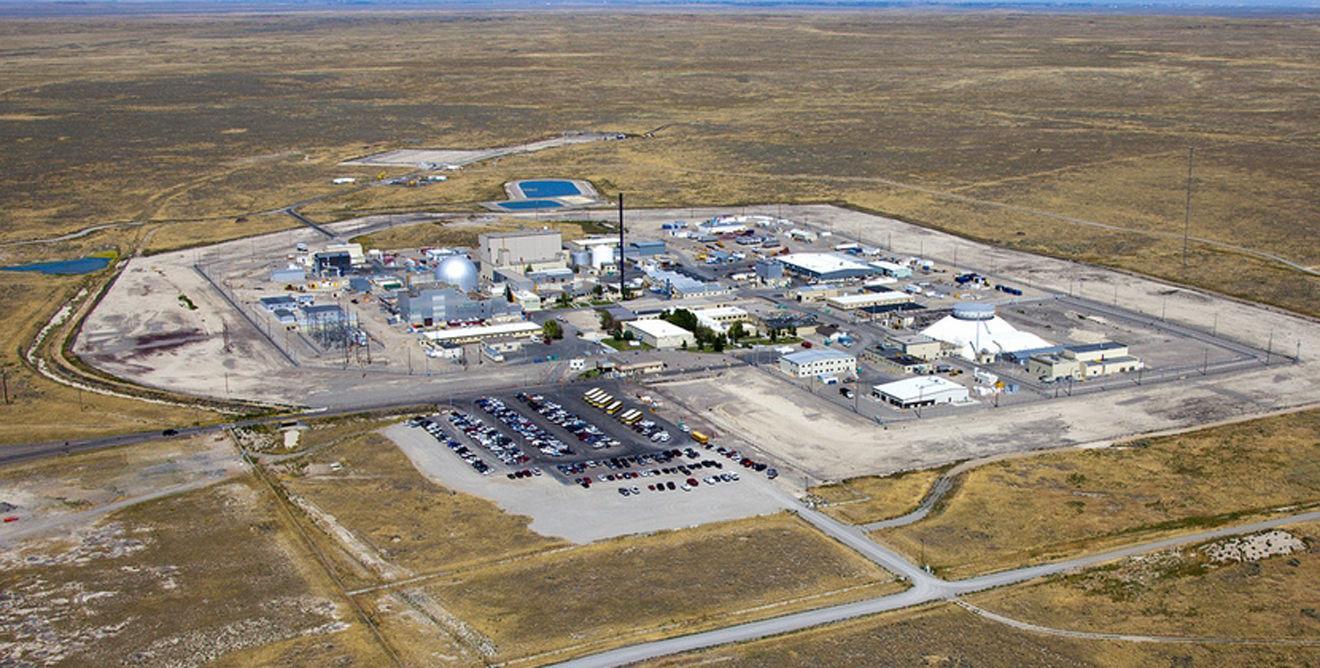 An aerial photo of INL.

Early voters line up to cast their ballots at the South Regional Library polling location Thursday in Durham, N.C.

President Donald Trump arrives to speak to a campaign rally at Ocala International Airport on Friday in Ocala, Fla.

More than 22 million Americans already cast ballots in the 2020 election, a record-shattering avalanche of early votes driven both by Democratic enthusiasm and a pandemic that has transformed the way the nation votes.

The 22.2 million ballots submitted as of Friday night represents 16% of all the votes cast in the 2016 presidential election, even as eight states are not yet reporting their totals and voters still have more than two weeks to cast ballots. Americans’ rush to vote is leading election experts to predict that a record 150 million votes may be cast and turnout rates could be higher than in any presidential election since 1908.

“It’s crazy,” said Michael McDonald, a University of Florida political scientist who has long tracked voting for his site ElectProject.org. McDonald’s analysis shows roughly 10 times as many people have voted compared with this point in 2016.

“We can be certain this will be a high-turnout election,” McDonald said.

So far the turnout has been lopsided, with Democrats outvoting Republicans by a 2-1 ratio in the 42 states included in The Associated Press count. Republicans have been bracing themselves for this early Democratic advantage for months, as they’ve watched President Donald Trump rail against mail-in ballots and raise unfounded worries about fraud. Polling, and now early voting, suggest the rhetoric has turned his party’s rank and file away from a method of voting that, traditionally, they dominated in the weeks before Election Day.

That gives Democrats a tactical advantage in the final stretch of the campaign. In many critical battleground states, Democrats have “banked” a chunk of their voters and can turn their time and money toward harder-to-find infrequent voters.

But it does not necessarily mean Democrats will lead in votes by the time ballots are counted. Both parties anticipate a swell of Republican votes on Election Day that could, in a matter of hours, dramatically shift the dynamic.

“The Republican numbers are going to pick up,” said John Couvillon, a GOP pollster who is tracking early voting. “The question is at what velocity, and when?”

Couvillon said Democrats cannot rest on their voting lead, but Republicans are themselves making a big gamble. A number of factors, from rising virus infections to the weather, can impact in-person turnout on Election Day. “If you’re putting all your faith into one day of voting, that’s really high risk,” Couvillon said.

Meanwhile, Trump was outraised by Democratic challenger Joe Biden in September and is being outgunned financially by his rival with just weeks to go until Election Day.

Trump’s campaign, along with the Republican National Committee and associated groups, raised $247.8 million in September, well short of the $383 million raised by Biden and the Democratic National Committee in the same period. Trump campaign communications director Tim Murtaugh tweeted that the Trump effort had $251.4 million on hand at the end of September, compared with $432 million for Biden.

Trump campaigned Friday in Florida and Georgia, neighboring states he carried four years ago and must win again to extend his presidency. His decision to devote Friday evening’s prime-time slot to Georgia in particular highlighted the serious nature of his challenge in the 2020 contest’s closing days: Far from his original plan to expand into Democratic-leaning states, he is laboring to stave off a defeat of major proportions.

No Republican presidential candidate has lost Georgia since George H.W. Bush in 1992. This week, Trump had to court voters in Iowa, a state he carried by almost 10 points four years ago.

In Macon, he cited support from former University of Georgia football star Herschel Walker to win favor from his rally crowd. “How good was Herschel Walker?” Trump said as the Georgia crowd roared. “He’s on our side, and he’s an incredible guy.”

Perdue was wrapping up his remarks at the Macon event when he referred to Harris as “KAH’-mah-lah? Kah-MAH’-lah? Kamala-mala-mala? I don’t know. Whatever.” The audience laughed.

Harris’ political opponents have repeatedly mispronounced her name since she became the first Black woman and first person of South Asian descent on a national ticket. Democrats say the mispronunciations smack of racism.

Biden opened his Michigan swing at a suburban Detroit community center. In keeping with his usual protocols, Biden and all the participants wore masks throughout the event, except when they were speaking, and a small crowd of dozens of reporters and supporters watched from folding chairs separated by circles to ensure social distancing.

“He’s living in a dream world,” Biden said of Trump’s rosy predictions of the pandemic. The former vice president then turned to the Trump administration’s court fight to overturn the “Obamacare” health coverage law — including its protection for people with preexisting conditions — without having a replacement plan.

“Mishandling the pandemic isn’t enough for Trump,” Biden charged. “On top of that he’s still trying to take away your health care.”