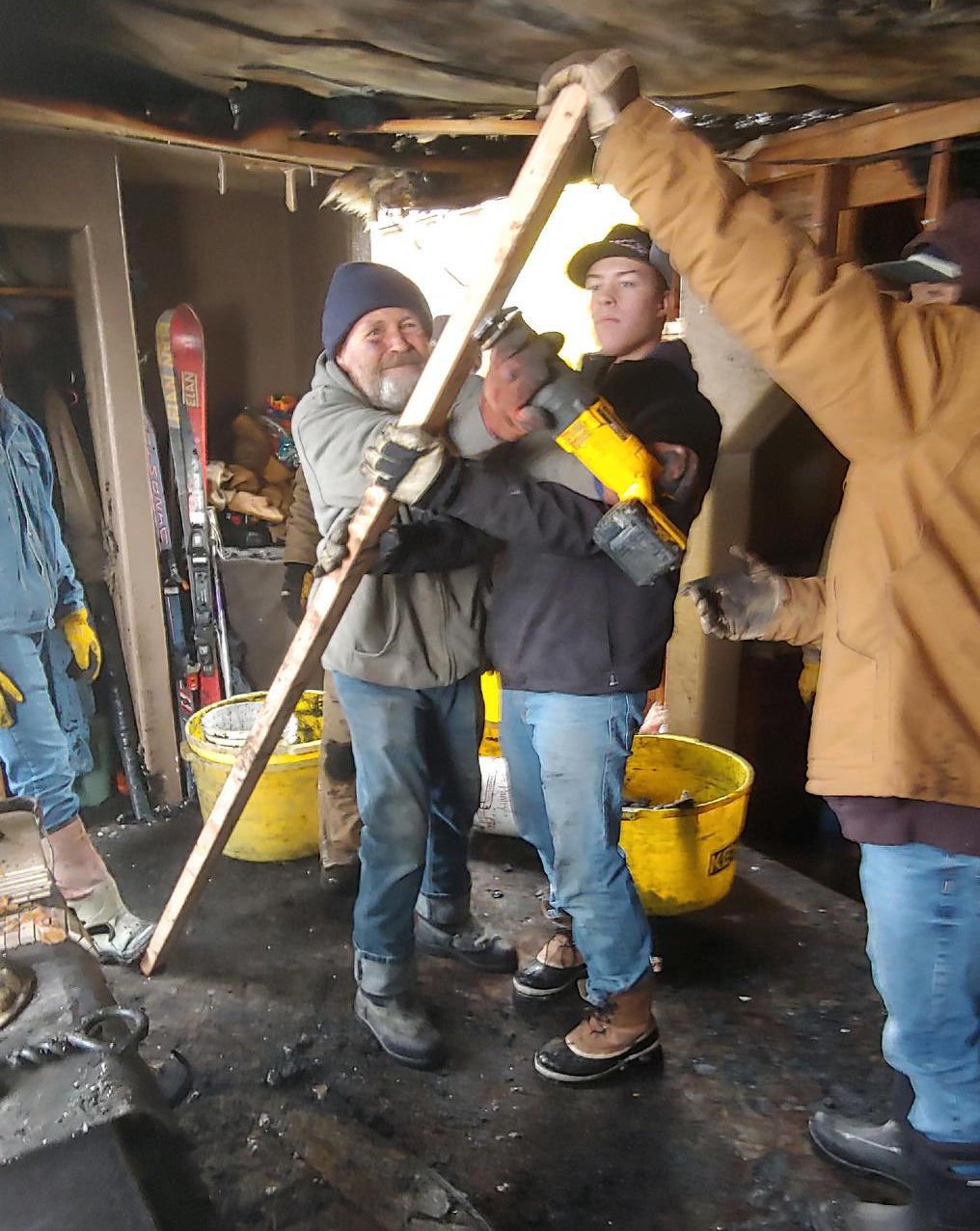 Klint and Denzel Lloyd help support the burned roof of the home during cleanup. 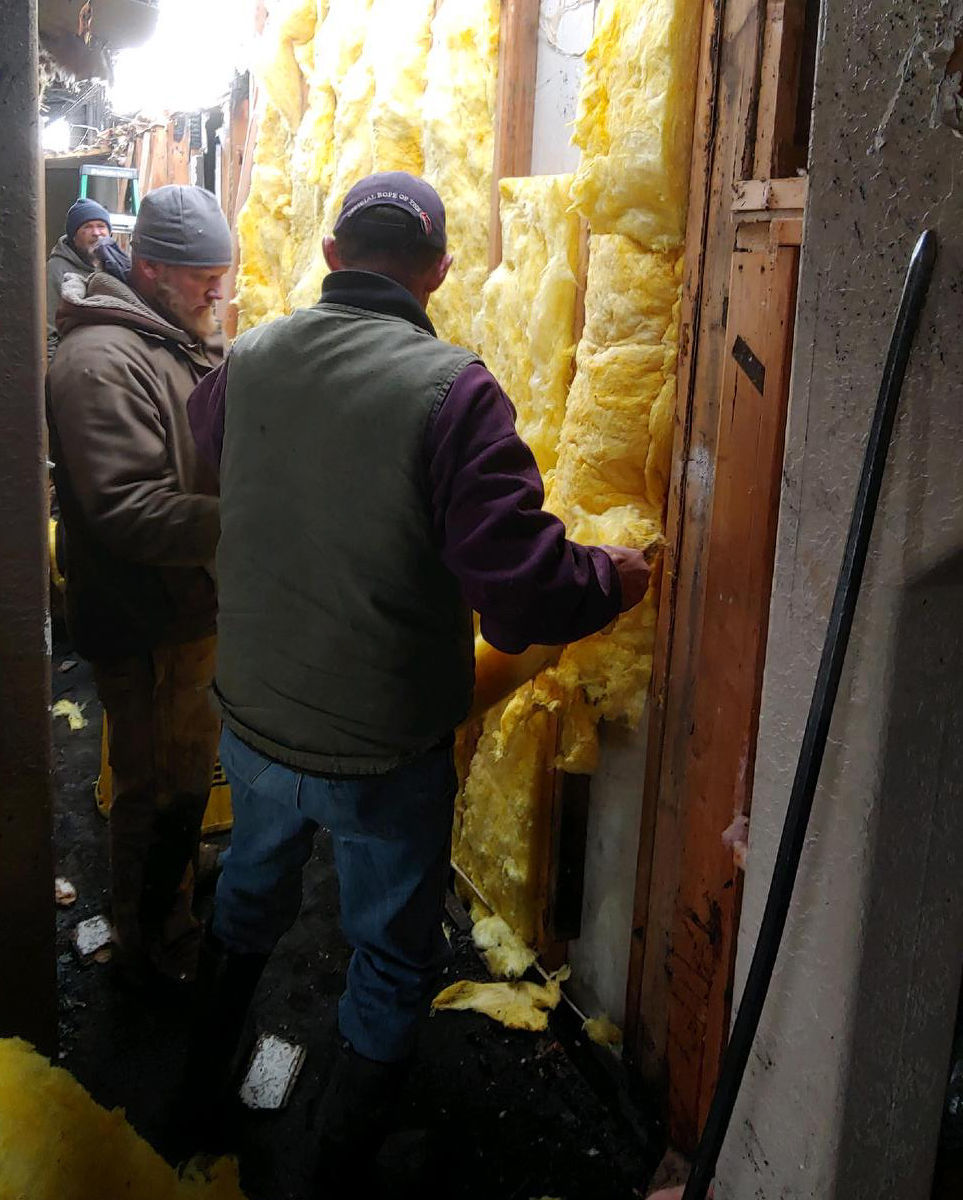 ALMO — About 30 members of a southeast Cassia County community showed up on Monday to help a family make their home livable again after a chimney fire.

“Isn’t that what you’re supposed to do, help people?” said Lavell Erickson of Almo who was one of the troop that helped fix roof trusses, repair the roof, rebuild a wall, insulate, clean up debris and wash clothing.

The home belongs to Robert and Dawn Briggs.

The Briggs family has one teenage daughter living at home and everyone escaped without injury.

The fire traveled across the attic and down a wall, causing damage in one part of the home and leaving a mess of smoke and water damage in other parts of the house.

The temperature outside hovered at 20 degrees, Santini said.

“There’s nothing like a 2:30 a.m. page to bring you out of sound sleep,” Santini said about the response of the eight-person rural department, which is often precious minutes away from reaching the fire station and even farther away from the emergency. “We are especially aware that there may be people involved when it’s a house fire. I guess it is kind of a calling.”

The department had to remove the ceiling throughout the home, which was a mobile home with an addition, to control the flames, he said.

“When I got there, fire was coming out of two parts of the house,” Erickson who also showed up on Monday to help the family rebuild the home.

By early morning the following day, community members rallied and arrived at the Briggs’s to shore up the house from the elements, Erickson said.

“Everyone just came and it was unbelievable the work they accomplished,” fire department Commissioner Jay Black said. “Many of the people up here are handy and they all have skills and talents and a willingness to work. You can’t keep them back.”

Women from the local Church of Jesus Christ of Latter-day Saints ward prepared meals and community members helped the family wash all their clothing and bedding.

“Dawn is always helping other people in the community,” said Lloyd.

Lloyd said when he was a child, Dawn Briggs would take community children to Burley for a birthday dinner and present.

“She’s really attached to many people in the community, and they to her.”

Another person brought a large horse trailer and people sifted through burned debris and took it off the property for the family.

A contractor in town loaned tools and others supplied plastic sheeting, wood and insulation.

The repairs came just in time, Lloyd said, because the community received 5 inches of new snow on Tuesday.

Donations are being gathered for the Robert and Dawn Briggs family by The Church of Jesus Christ Latter-day Saint Bishop Doug Ward, 208-430-1909.

Hundreds of people gathered on the colorfully lit Rupert Square to listen to music, eat snacks and watch a giant beet drop from a crane during the city's first New Year's Eve party.

Coaches at non-profit gym Fighter's Chance are teaching youth respect and discipline, while training them to box free of charge.

Klint and Denzel Lloyd help support the burned roof of the home during cleanup.