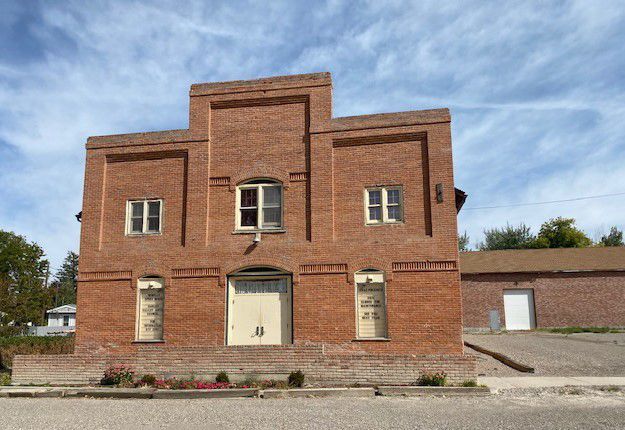 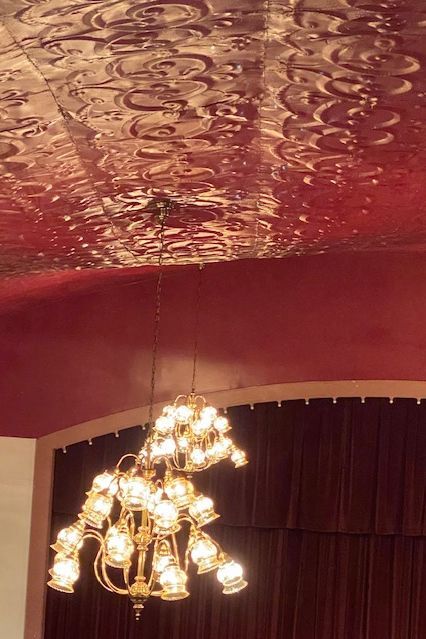 The ceiling at Howells Opera House is sagging and in need of repairs. The issues have temporarily closed the theater. 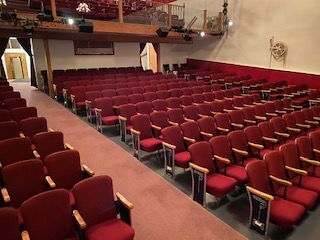 OAKLEY — A sagging ceiling over the Howells Opera House’s audience section has forced Oakley Valley Arts Council to temporarily close the theater and begin raising funds for its repair.

During the last show, OVAC member Jan Davis said, one of the youth players pointed out the sagging ceiling section.

There was no fall production and there will be no Christmas concert this season, due to the issue.

The board approached Idaho Heritage Trust, which helped out by providing a structural engineer and the board had two contractors look at the ceiling.

“All of them said it doesn’t look good,” Davis said. “So, the board made the decision to shut it down and try to raise funds to save the ceiling.”

But, she said, the roof is not collapsing, which has been a rumor going around.

The 1907 curved design of the tin ceiling is decorative and improves the acoustics of the theater.

The board is seeking donations to pay for the restoration work, Wendell Wells, wrote in an OVAC newsletter.

The building is on the National Historic Places Register, Davis said, which makes the project a little more challenging.

“It may be hard to get a contractor. They are so swamped right now building houses,” Davis said.

“And that may just be a starting point,” Davis said. “If we can’t afford to do the project we will remain closed.”

Every dollar donated will go towards the restoration of the theater.

People can donate to the project, via OVAC, which is a non-profit organization at P.O. Box 176, Oakley, Idaho, 83346 or via a Gofundme account online.

A former Mini-Cassia jailer has been accused of having sexual contact with an inmate through a jail cell door slot.

Two Cassia County Idaho Parks and Recreation employees were honored for their excellent work at City of Rocks and Castle Rocks State Park.

The Caring & Sharing Christmas Tree Festival will be held over two days this year.

The family's lawsuit said jail staff mistook an infection related to her amputation for withdrawals from opioid drugs, and Eads would be alive if she was treated properly. She died after spending 14 days in jail.

The ceiling at Howells Opera House is sagging and in need of repairs. The issues have temporarily closed the theater.