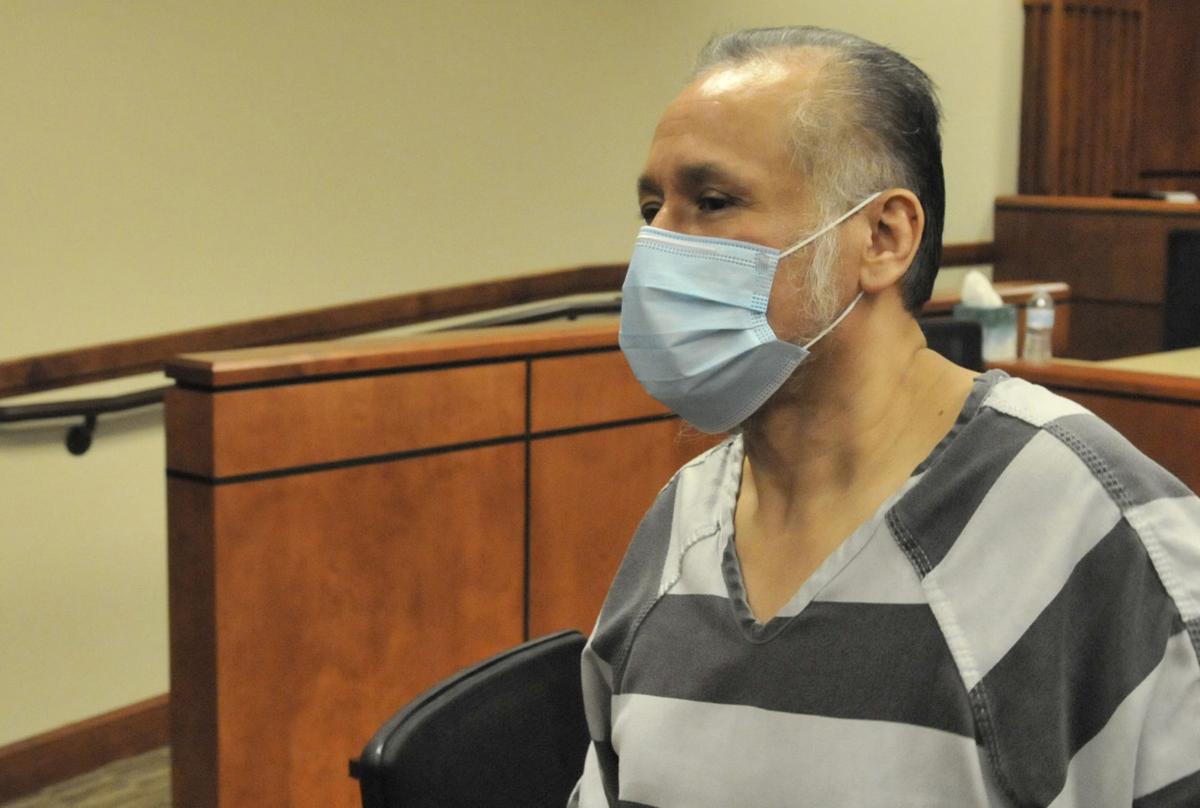 Gilberto Flores Rodriguez turns to look at the people in the courtroom galley on Friday after he was sentenced to life in prison for the first-degree murder of 14-year-old Regina Krieger in 1995. 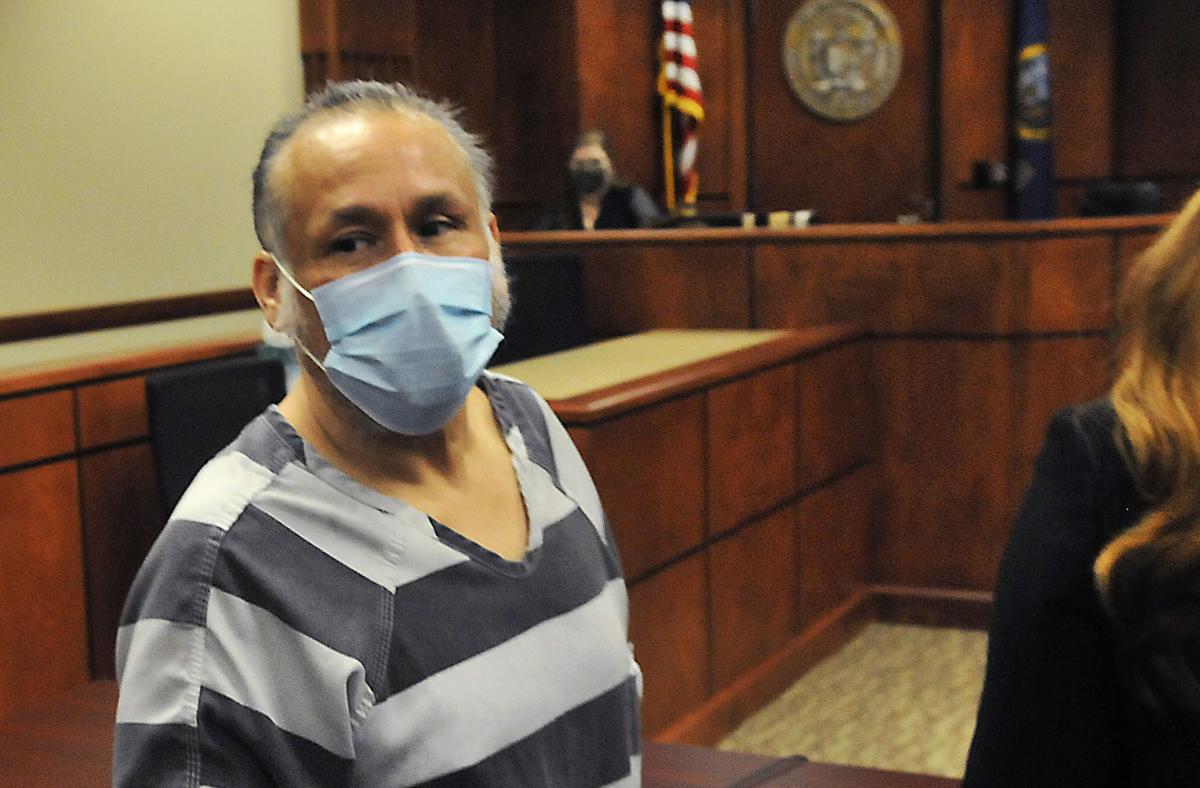 Gilberto Rodriguez after he was sentenced to life in prison for killing Regina Krieger in 1995. 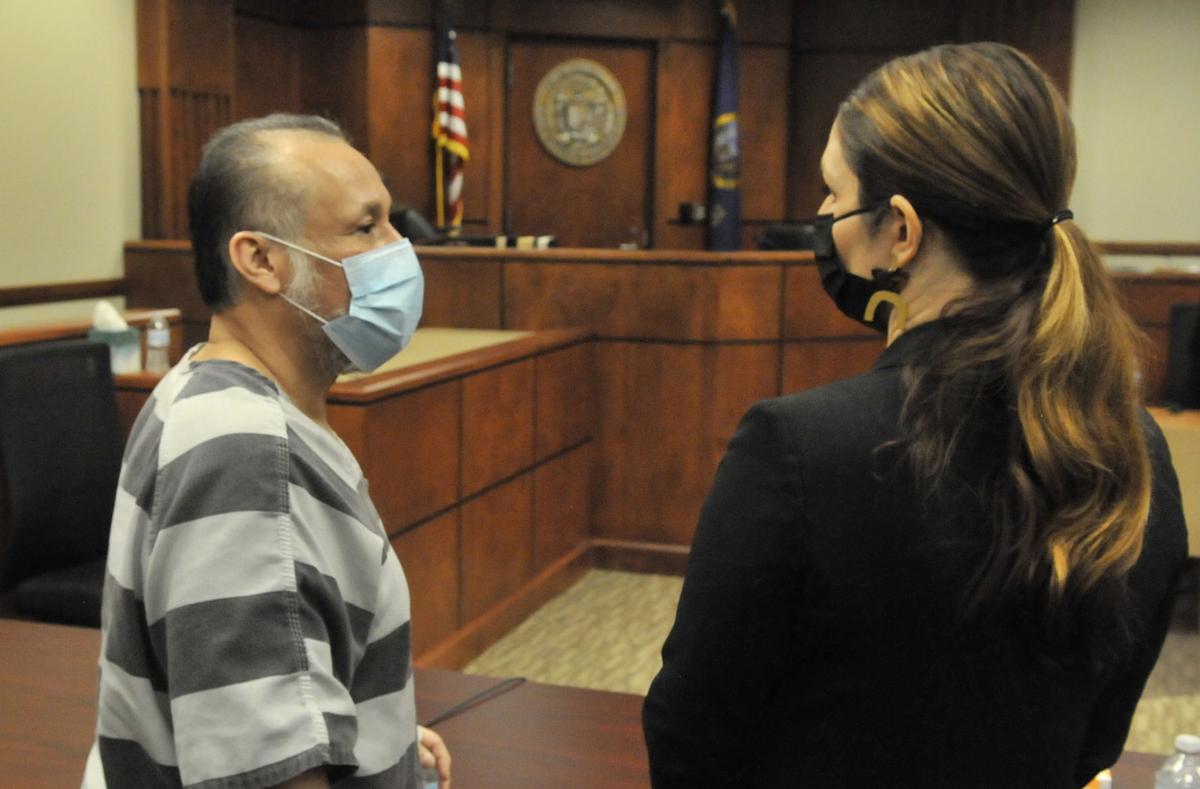 Gilberto Rodriguez speaks with one of his attorneys, Danica Marian Comstock, on Friday, Oct. 16, 2021.

BURLEY — Gilberto Flores Rodriguez will spend the rest of his life in prison for brutally killing a 14-year-old Burley girl in 1995.

During the hearing, Rodriguez said he has always been innocent of the crime.

“I take responsibility for what I do, but I didn’t do this,” Rodriguez said.

“Justice is not a concept that applies to some people and not others,” Rodriguez’s attorney, Keith Roark, said.

Roark said that justice was not served in court on Friday because Rodriguez is not guilty.

Roark said the case was not over and he will use all of the measures available to him to overturn the conviction.

Rodriguez did not fully comply with the presentence investigation because Roark said “he is so angry at the court, the community and police for the way he has been treated.”

A few minutes into Hunnel’s statement, Roark objected to her comments, but Tribe overruled the objection, allowing her to continue.

Hunnel said she had every mug shot taken of Rodriguez, but they had never met face-to-face until that moment.

“In February 1995 you took something I cherish. A piece of my heart. My daughter’s spirit surrounds me daily,” Hunnel said.

She said a former friend of Rodriguez’s testified in court that Rodriguez had told him he was haunted by Gina.

Hunnel said it was not Gina’s spirit that had been haunting him, but her.

She told Rodriguez that this time he would not be going to prison on drug charges, “but as a baby killer.”

Hunnel said Gina was not the only young person that he “infested with his evil ways.”

She said the night he killed Gina in her basement bedroom, slashing her throat and stabbing her in the heart, there was another person, “Jesus Christ,” in the room with him begging him not hurt his child.

He was also there to receive Gina’s spirit when Rodriguez ended her life, she said.

“I have served my purpose and Gina can finally rest in peace,” she said.

Daniel Krieger looked Rodriguez in the eye and said for years he’d wanted him dead.

He also asked Rodriguez to repent and said “God loves us all.”

Clifton Krieger wiped away tears as he told the court how his sister’s death when he was 12 years old impacted his life.

“I’ve waited for this day for a long time,” he said.

He told Rodriguez that he too had forgiven him long ago and had not wanted to see him put to death.

“You took my sister and that was the hardest thing I’ve ever went through,” Krieger said. “But I’m a stronger person because of it.”

Roark said there were several injustices that occurred during the court proceedings, including statements in affidavits that were false or omitted facts, witnesses that lied and were not credible and a juror that slept during some of the testimony.

Roark told the court that Lady Justice with her scales of justice on the wall behind Judge Tribe would be “offended” by what had occurred in the courtroom.

Hunnel said after the hearing that although there is resolution to the case “there will always be a piece of my heart missing.”

She is reminded daily of her daughter who is missing from her life.

Cassia County Prosecutor McCord Larsen said the people who helped bring the case to point of sentencing were too numerous to mention.

“They inspire me and they pushed me,” he said. “Probably to my limit at times,” Larsen said.

“This case altered my view of victims in a positive manner,” Larsen said. “And hopefully, that will help me become a better prosecutor.”

The decision on how to fill Heyburn's top police department leadership role moving forward rests on the mayor's shoulders.

Gilberto Flores Rodriguez turns to look at the people in the courtroom galley on Friday after he was sentenced to life in prison for the first-degree murder of 14-year-old Regina Krieger in 1995.

Gilberto Rodriguez after he was sentenced to life in prison for killing Regina Krieger in 1995.

Gilberto Rodriguez speaks with one of his attorneys, Danica Marian Comstock, on Friday, Oct. 16, 2021.