The city reported the incident to the Idaho Department of Environmental Quality.

Heyburn Councilwoman Joanne Justesen said the problem occurred when a clarifier at the city’s wastewater plant was unable to push the sludge around and spilled over.

“What spilled was not bad stuff, it still had to go through the UV process,” Justesen said. “But there was nothing raw and it had gone through some of the cleaning process.”

Her house guest Sam Logan, of California, was one of the first people to notice the spill, which looked like a brown froth on the water, and went to investigate where it was coming from.

“I didn’t like the looks of it,” Logan said.

Logan took pictures and video of the incident and reported it to the city.

“I was worried when I found out it was coming from the plant. Even if it was just the bacteria, it was still contaminated,” Kelly said.

Kelly said families who live downstream have children and she has grandchildren who often visit.

But, Justesen said, the city may face a Department of Environmental Quality fine from the spill.

Justesen said the city is a few months out from getting a new clarifier online that is part of the city’s sewer upgrade project.

A $12.4 million bond for sewer work was approved through judicial confirmation in 2018 after the city faced fines of $53,000 a day for being out of compliance. The project ultimately did not cost that much due to the city combining the bond money with grants, saving taxpayer dollars.

Citizens will only have to pay back a little more than $5.5 million of the costs due to grants.

“This really puts an exclamation point on the fact that this project should have been done years ago,” Justesen said. “This upgrade is so needed.”

Kelly said city employees were going door-to-door on Tuesday morning telling residents along the river about the spill.

Justesen said it is her understanding that the biological “bugs” will not harm anything and will just continue to break down bacteria in the river like they do at the plant.

Justesen said she’s asked that a new policy be placed on the Aug. 12 council meeting agenda to implement procedures to notify residents when incidents like this occurs.

“We want to be transparent,” she said. “Citizens need to know and have the right to know what’s going on in the city.”

A group of Heyburn residents are circulating a recall petition for Mayor Mark Rosa, who they say is a bully and is misusing his authority.

The winners of Minico High School's construction project are tickled with their new tiny house treasure.

Heyburn residents may have another problem on their hands during the COVID-19 pandemic if they don’t stop flushing wipes and other items into the sewer system.

A Burley cleaning business expanded to include COVID-19 disinfecting of factories, dairies and businesses during the pandemic. 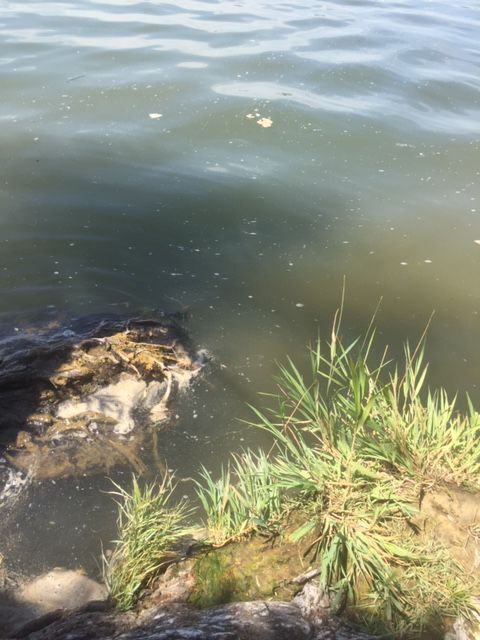 A beige froth floated downstream on Monday from the Heyburn wastewater plant after a clarifier overflowed into the Snake River. 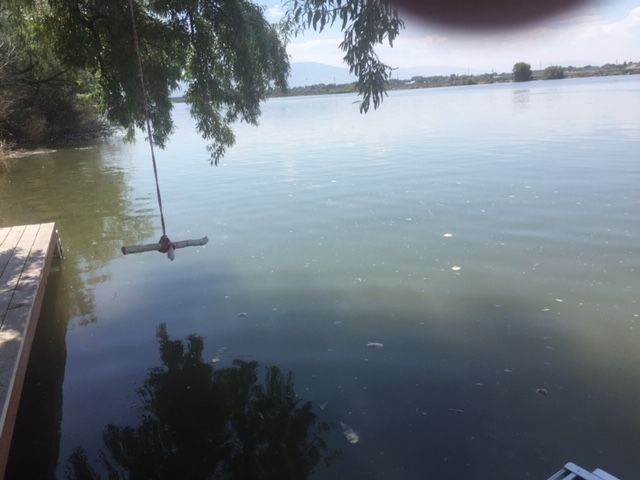 A frothy substance floats on top of the Snake River after a Heyburn clarifier at the wastewater plant malfunctioned and overflowed.