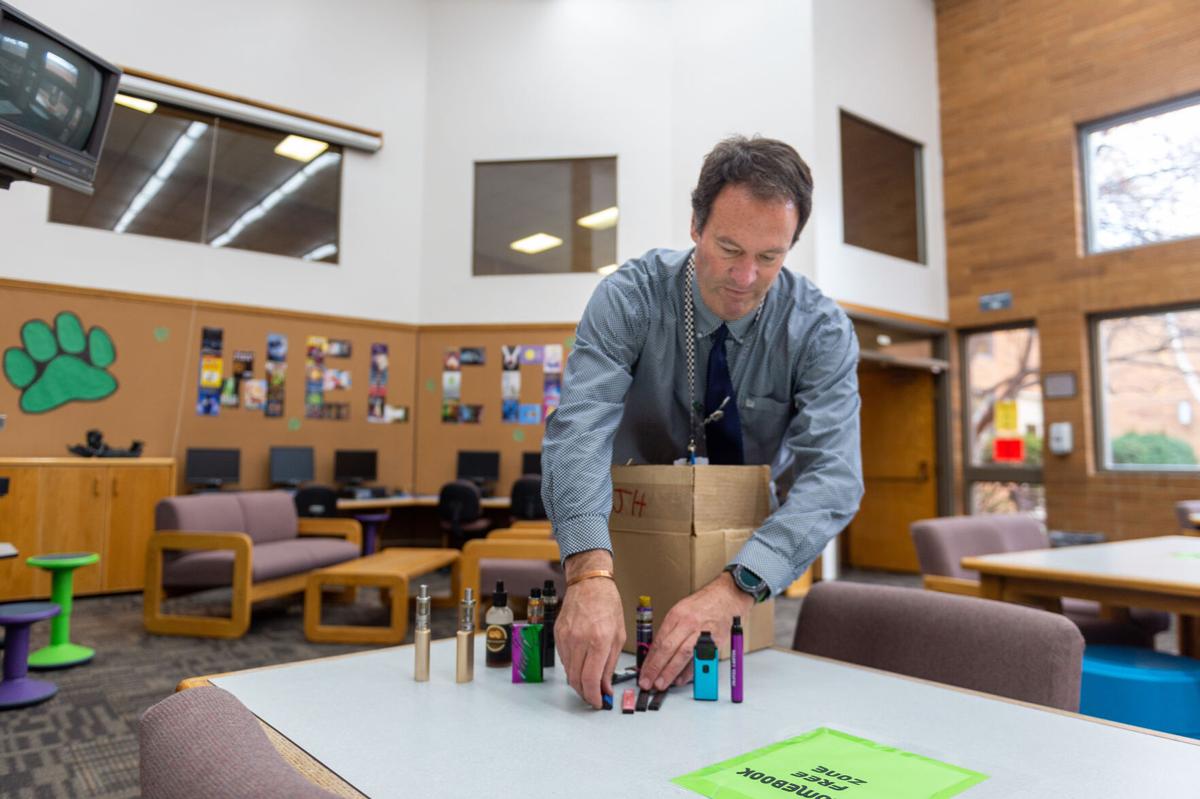 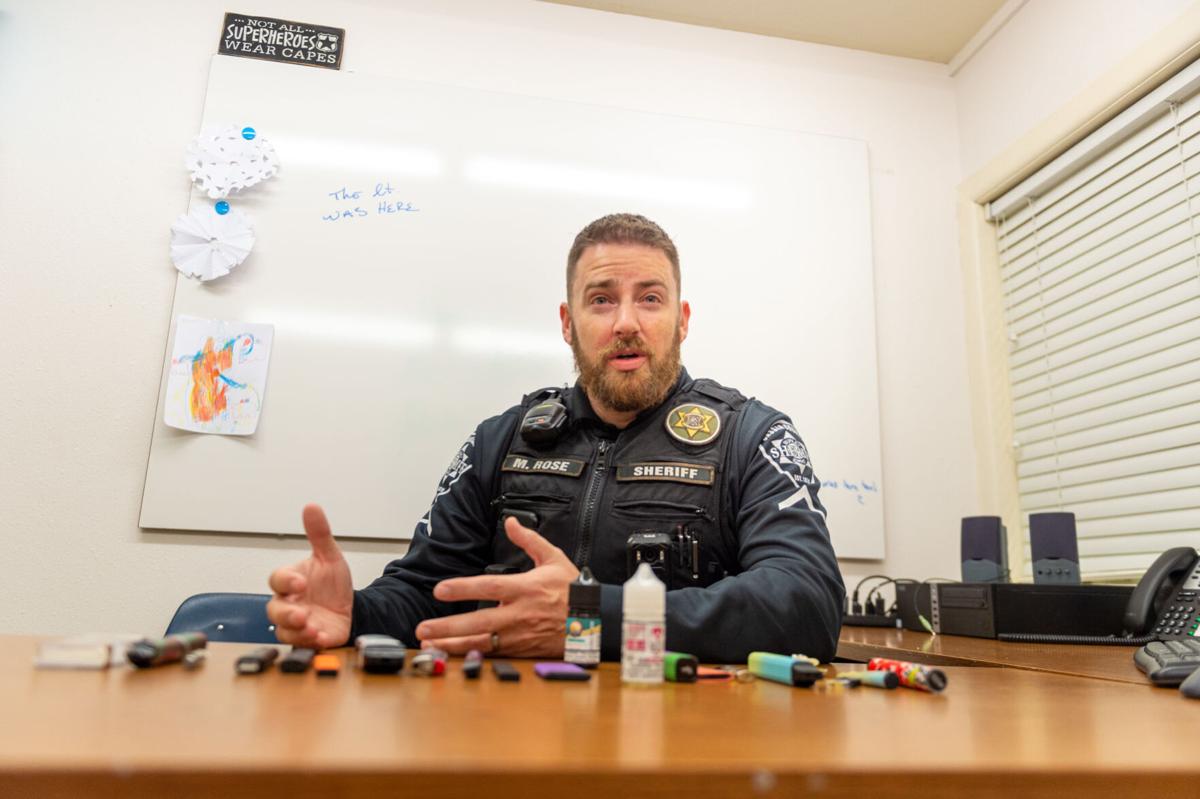 Vaping is inhaling the vapor from a battery-powered smoking device or electronic cigarette. The devices have cartridges filled with liquids that contain nicotine, chemicals and flavorings that are heated to vapor for a person to inhale.

“Students from all socioeconomic demographics are vaping,” Burley Junior High School Principal Steve Copmann said “It’s not just those kids, it’s any kid. It can be the bishop’s kid or a business leader’s kid.”

Copmann said some of the students who are vaping are “the kindest, the nicest, hold the door for you kids.”

“They are just making bad choices,” he said.

Each device will cost about $1,100 plus installation. Federal stimulus funds will be used to pay for them, James said.

The devices have 12 sensors and do not contain any cameras, but rather send notifications to apps installed on staff phones or via email upon detection of the chemicals found in e-cigarette mist, along with THC or carbon monoxide. They can also alert staff to loud noises coming from fighting, vandalism or gunshots.

The device can also be configured to trigger an alarm when the word help is shouted.

When the device is activated, it records a timestamp so hallway cameras can be used to identify potential suspects. They are also tamper-resistant and will send out an alarm when they are pulled off the wall or covered.

“These will help make schools a safer place,” James said.

Copmann is hopeful that the vape detectors will be a deterrent for students.

“It may not be a deterrent for those who are already addicted,” he said. “But it may deter some of the first-time users.”

“Vaping has been a frequent issue at our secondary schools, more so at high school than middle schools,” Craner said.

At Twin Falls High School, there have been 11 incidents of suspension due to vaping so far this year, which was mirrored at Canyon Ridge High School, she said.

Cassia County School District Resource Officer Mike Rose said vape use in schools has continued to grow in the four years he has been on duty.

Issues have also occurred with elementary students, he said.

Rose said students are disciplined with suspensions at the school and repeat offenders may go before a district board for discipline, which can include expulsion and a criminal citation.

Possession of any piece of vape paraphernalia for someone under age 18 is an infraction and the first offense comes with a $74 ticket. If a student hands the device to another minor, they can be cited with distributing, which carries a first offense fine of $256.50. For repeat offenders, the consequences become more severe.

At Cassia High School, the alternative high school in the district, Rose created an amnesty box where students can place anything against the law or against school rules — with no questions asked.

“They put stuff in the box all the time,” Rose said.

Copmann said when students are caught vaping their parents are also called.

Burley Junior High has suspended 10 students for vaping so far this year.

“One student was suspended for vaping on Thursday and came back on Tuesday and did it again,” Copmann said.

More importantly than being a crime and against school rules, he said, “vaping is permanently damaging their lungs.”

Many of these students, even the youngest ones, get addicted to it, he said.

When parents are told, he said, some are completely unaware that it is occurring, and other parents defend it, fight it or admit they told their child not to vape until after school.

Parents need to be aware of the issue and have conversations with their children. If they are vaping and addicted parents need to get them help so they can quit.

Rose said for many students it takes a court hearing to get them some help, like cessation classes.

But, he said, few resources exist that offer help to minors.

Part of the problem, Copmann said, is that many of the devices are designed to be discreet and can mimic pens, USB devices or even be incorporated into the drawstrings on clothing, making it challenging to know when someone is vaping.

The cartridges come in all kinds of flavors and scents that appear to be marketed towards youth, Copmann said.

“It used to be if a student was smoking you’d smell the cigarette smoke,” James said. “Now when they vape it smells like cotton candy or tutti frutti.”

PHOTOS: Up in smoke, vaping a major problem in schools

A Burley man and a Burley teen died on Sunday after a vehicle crash on Idaho Highway 27 and 200 South. 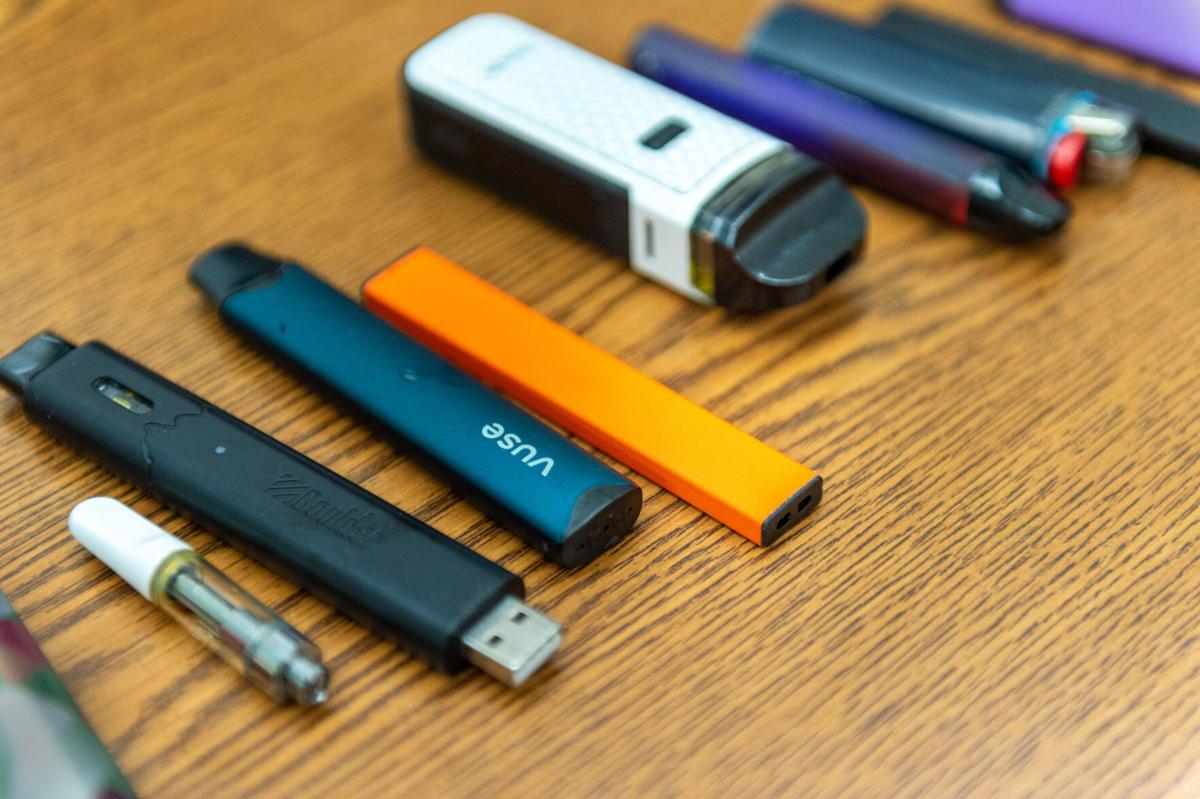 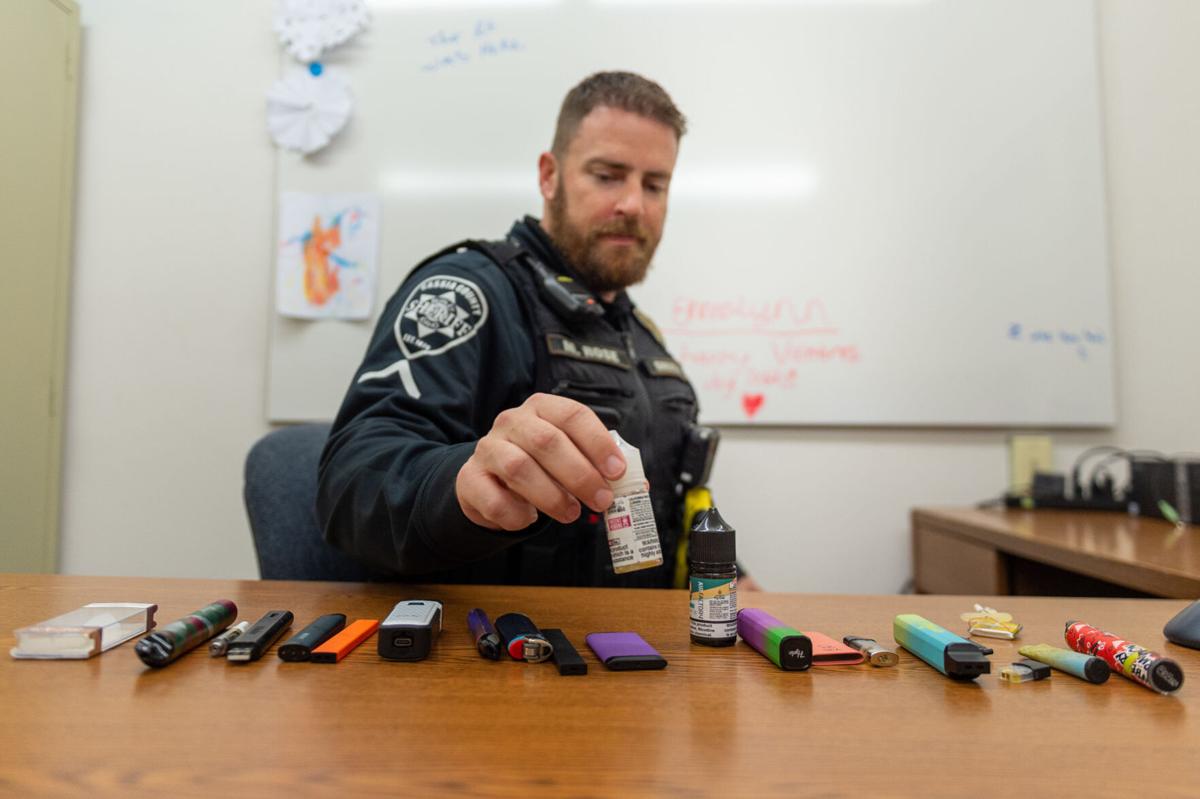 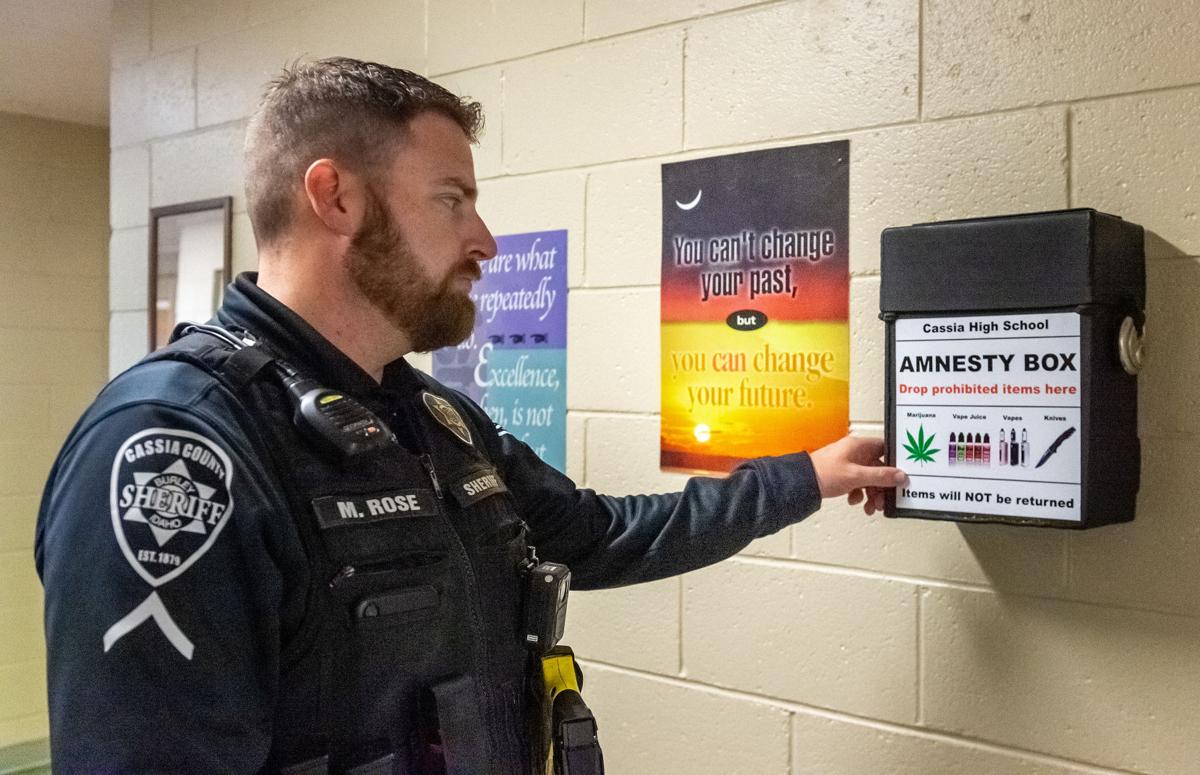