HANSEN — A cold front Thursday brought stronger winds to the South Hills, spreading the Badger Fire toward Magic Mountain Ski Resort and prompting a warning for people to get out of cabins they had previously been allowed to return to.

“The Badger fire has reached Little Fork and threatens to come up over Magic Mountain towards the cabins,” the Twin Falls County Sheriff’s Office said Thursday evening. “The U.S. Forest Service has requested that anyone at the cabins prepare to leave immediately. You will not be allowed back to the cabins until further notice.”

That’s a fairly small increase from the last cold front; it was 89,090 acres Saturday evening.

But the fire nearly doubled in size last week when a cold front brought high winds to the area. Firefighters hope that does not happen again as another cold front moved in Thursday with 15-20 mph winds and gusts up to 30 mph.

Firefighters said they would focus on improving and monitoring fire containment lines Thursday, the Great Basin Regional Incident Management Team said in its morning update. Road crews were working on removing dangerous snags from campgrounds within the fire perimeter.

Firefighters also built fire lines along the eastern and western flanks of the fire on Thursday, the team said. Crews finished an initial line in the Fuller Flat area and are now focusing on holding and improving it. Crews began putting in a line east of Trail Canyon, where aerial observations showed hot spots within the fire footprint. 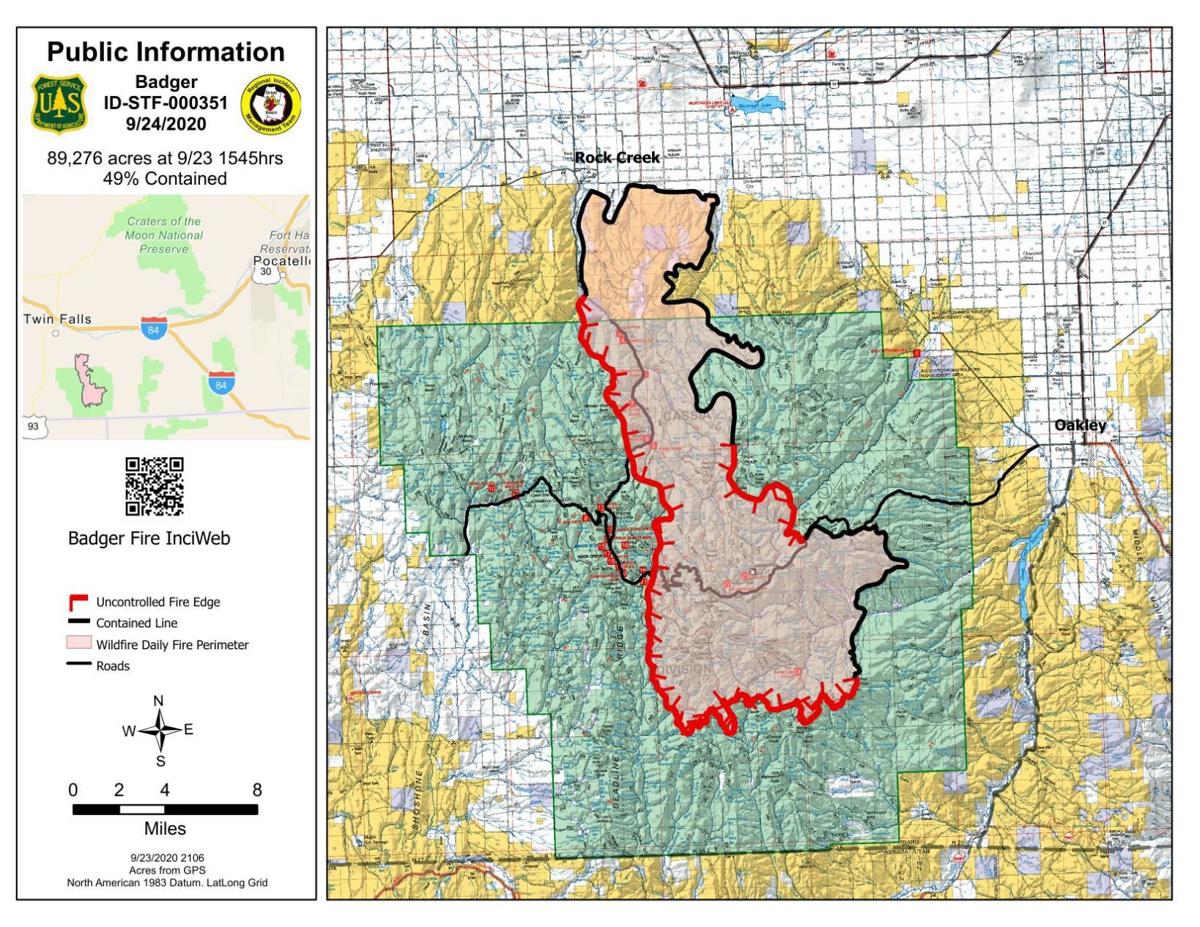 Gov. Brad Little and county commissioners are updated on the status of the Badger Fire.

The Badger Fire is now 25% contained as more firefighters have arrived to fight the fire. 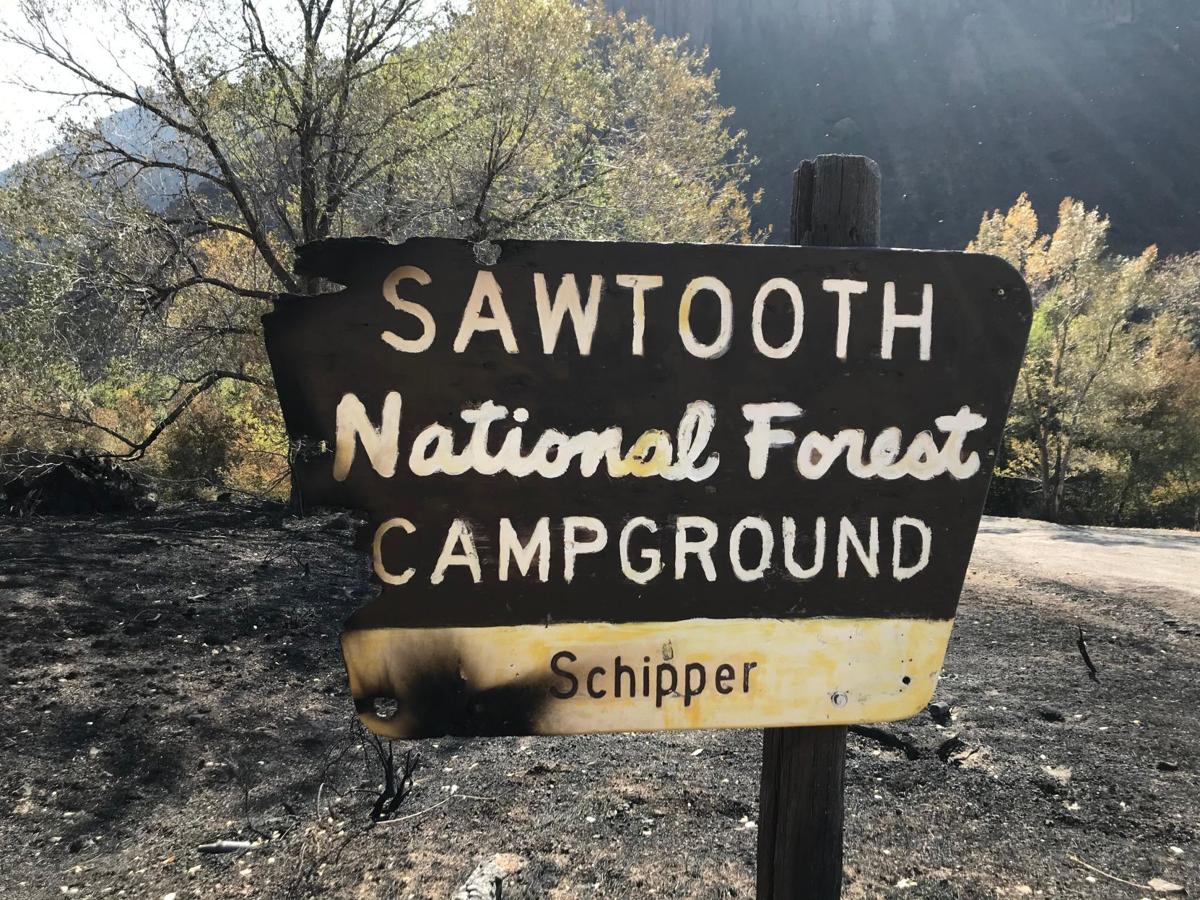 The Badger Fire partially burned the Schipper Campground, but some facilities in the area were saved, the Sawtooth National Forest said. 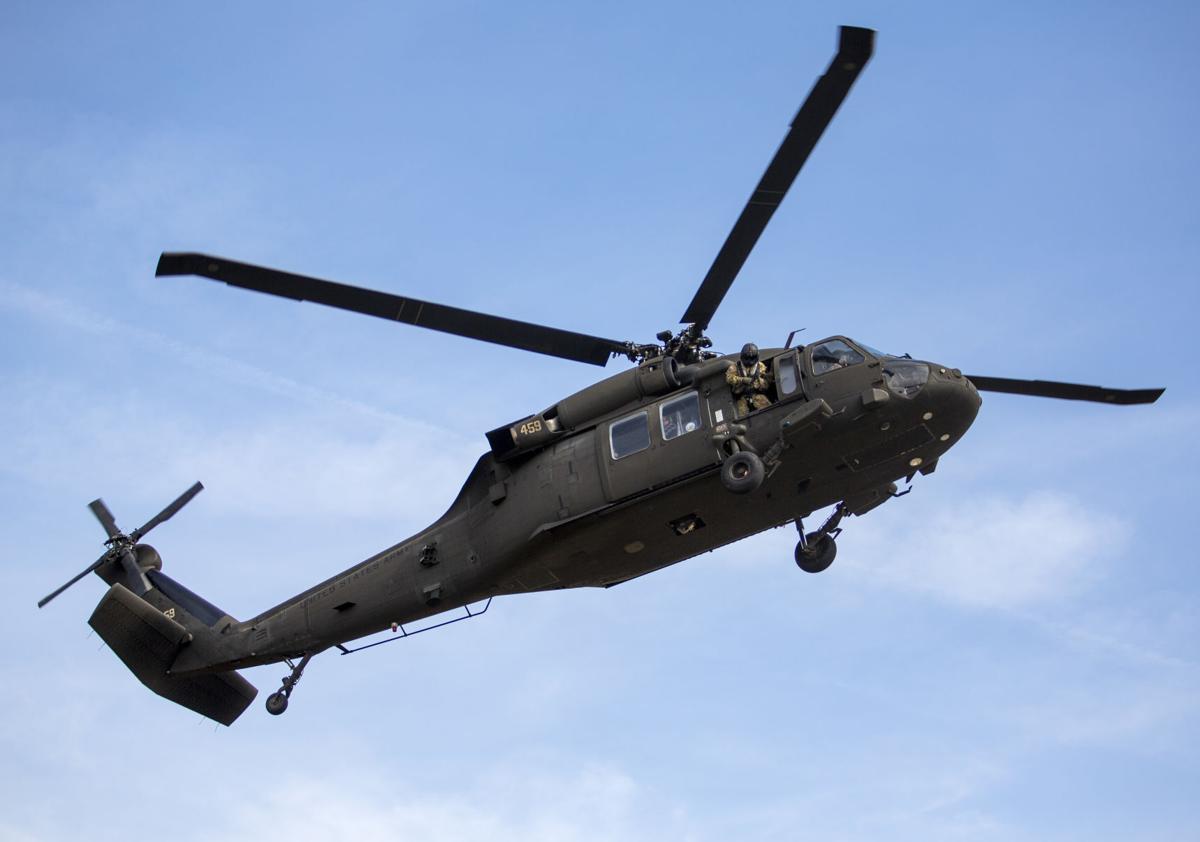 Gov. Brad Little arrives on a Black Hawk helicopter to be updated on the status of the Badger Fire on Wednesday, Sept. 23, 2020, at the Oakley Municipal Airport in Oakley.