BURLEY — By day, he’s a business owner, and on his off time, he’s a Mexican movie actor.

His recent movies are El Ascenso, which will be shown in theatres and on Netflix. “Dando Duro” will be released in the near future. To date, he has worked in 14 movie productions, one documentary and one science fiction movie.

He is originally from Michoacán, Mexico, and is a U.S. citizen. He came to the United States in 1989, because with hard work and determination there was an opportunity to make something of yourself, he said.

“If you want to know my life story, watch the movie, ‘Dando Duro’ – it’s very similar to my struggles,” he said.

The Superior Convention Center is a venue where dances, quinceaneras and wedding parties are held. The events features some local bands and groups, while others come from all over the West and from Mexico.

Becoming an actor was something he didn’t think about. It just happened, he said.

He became Facebook friends with most of the musicians that came to perform at the center. One day while reading his Facebook, he found San Martin Hidalgo Agency, which was looking for actors.

He thought about it, and thought, why not?

He contacted Hildago and he explained the pros and cons of acting, the ups and downs, and that it might be difficult, since he was based in Idaho.

With his wife’s support, Luce, he took a chance.

Soon he was in Los Angles, studying method acting under Valentine Trujillo, Alejandro Tomas, but his most famous teacher and actor was Miguel Angel Rodriguez, who starred in 400 Mexican movies and directed 200 of those films.

His first film was “Refugio Mariscal,” and he had a non-speaking part. He would act in other movies playing the side kick and started working his way up to speaking parts in each movie.

“Lately I’ve been playing the bad guy in the movies,” he said.

“I studied theatre in Mexico,” he said. “Being on stage is different than a movie.” He did not believe he would use the learned acting skills in a movie.

Being in a Tele-Novela, he said, is a process.

He has to join La Anda, the National Actors Association, which is like the U.S version of SAG—the Screen Actors Guild, a powerful union in the United States that represented film and TV principal and background performers worldwide.

“Once I get my membership card, I can start thinking about novelas,” he said.

Being in a movie is a lot of work, and a lot of hours.

“It’s work, nothing else” he said. “There are cameras all around you, and it’s all business.”

Chavez doesn’t have an agent or manager at this time; he gets his roles through director’s recommendations and his acting profile. Eventually, he’ll sign with an agency.

Chavez said he never dreamt of being an actor. He dreamt of just being happy.

“One who does less than he can be is completely unhappy,” he said.

He said he had depression episodes, but once he got into acting, it has never returned. He credits acting for keeping him busy and depression free.

His wife, Luce, keeps the business going while he is out shooting a movie. She is his biggest supporter, as he purses this adventure, he said. On occasions, she goes with him.

While on location for a movie, it can take about a month and half to shoot. Other movies where he had smaller parts took about two weeks to film. For right now, its one movie at a time, he said. 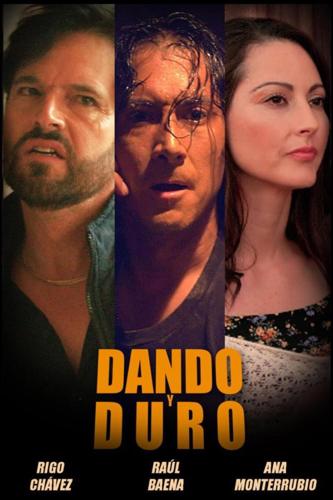 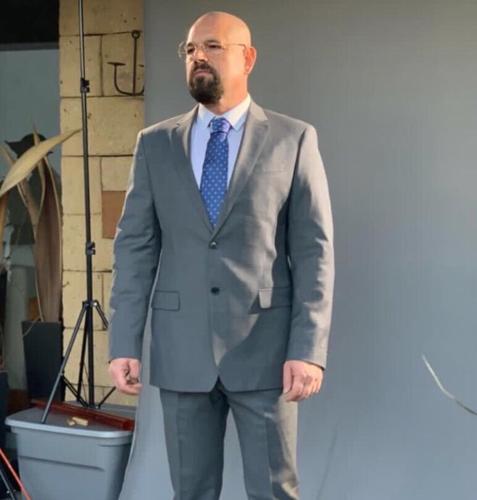