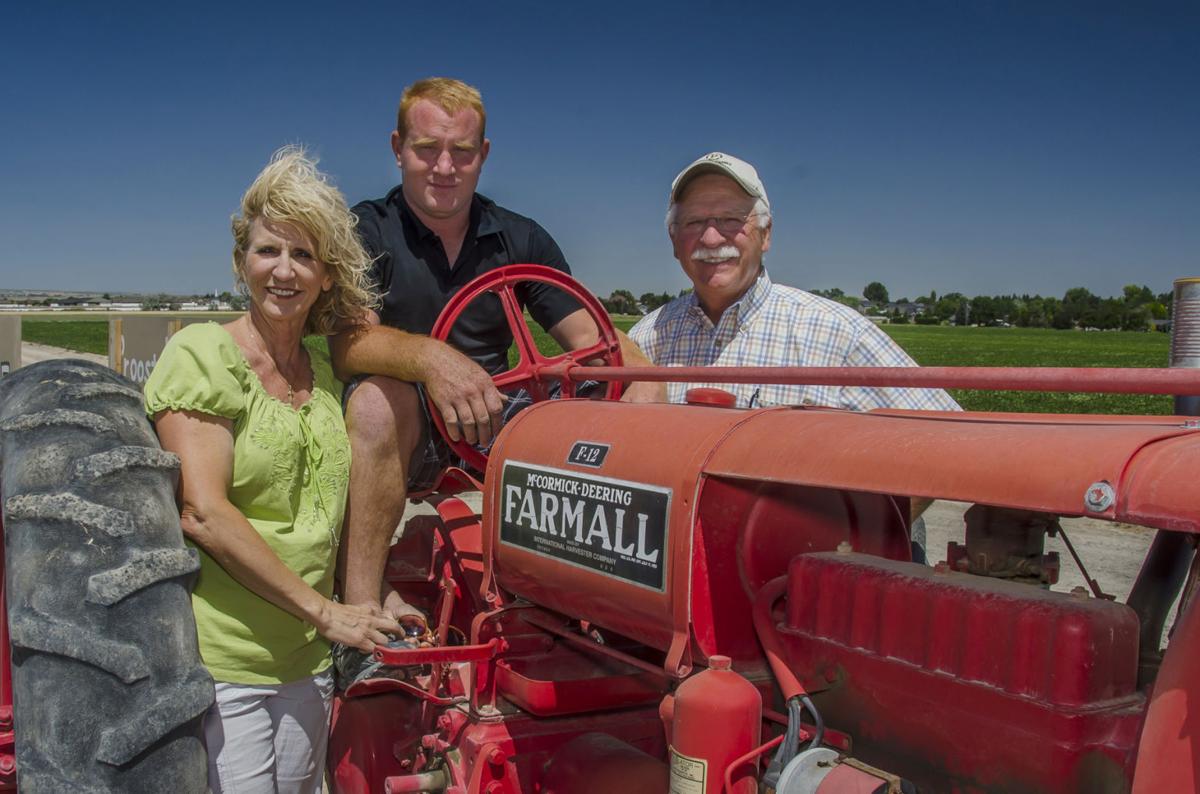 Jay and Elaine Proost are shown with son Nick. 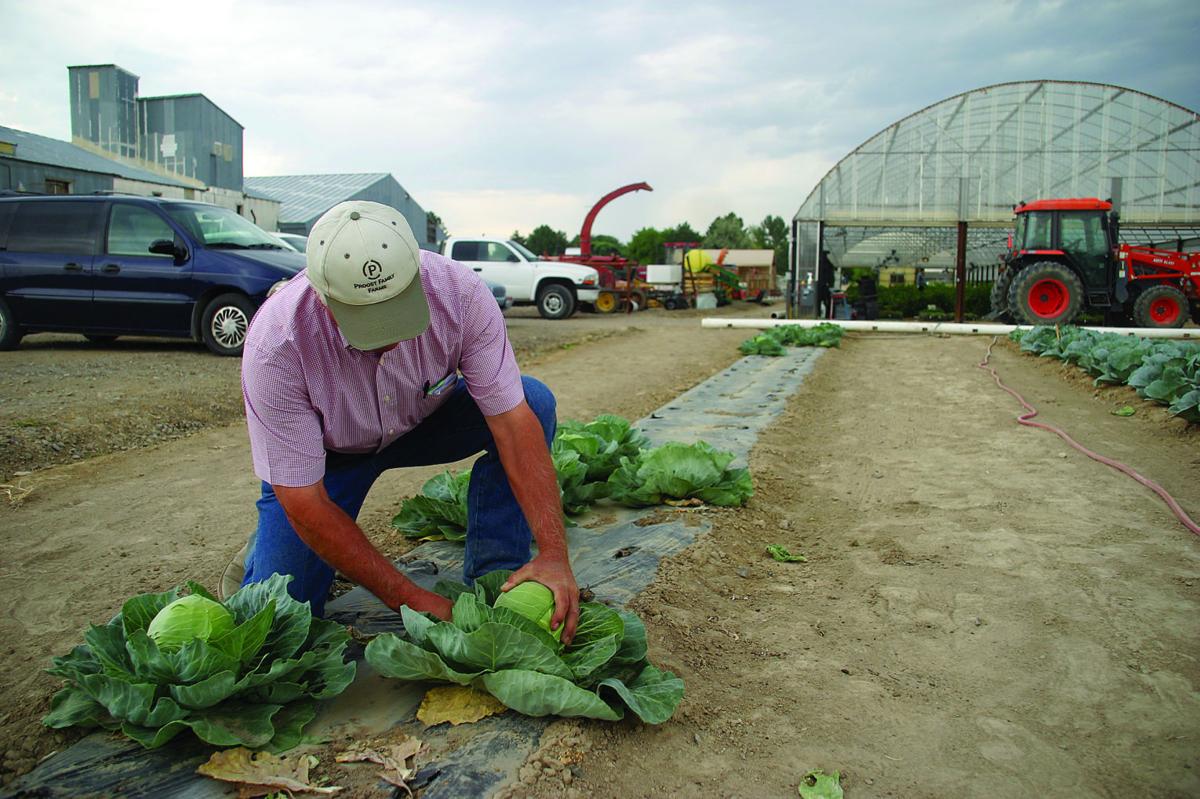 Jay Proost cuts a cabbage for a customer in the Proost Family Farms growing area in 2012.

TWIN FALLS • The days of growing mountains of melons, tomatoes and sweet corn are over for Jay Proost and his wife, Elaine.

Wanting to spend more time with family, the couple who ran several produce stands in the Magic Valley is calling it quits after six years.

Magic Valley residents will remember the Proost Family Farms stands in Twin Falls and Burley, and many former customers have told Jay they will miss them.

“They sometimes say that they wonder what they are going to do without us,” he smiled.

“We are going to help sell it,” Jay said. The items don’t hold a lot of sentimental value for him, although he remembers buying them, sometimes in rough shape, and transforming them to excellent condition.

Proost Family Farms started off as “a hobby-type deal,” Jay said, but over six years it grew to a full-fledged operation that required getting up at 4 a.m. and working until sundown during much of the growing season.

Even though he won’t have to wake up at 4 a.m. anymore, Jay said he probably will anyway. “That’s just the way I’m wired,” he said.

For Prost, one of his most satisfying accomplishments was teaching people to work. He said his employees, which numbered about 20-25 last year, worked hard, even though some of them didn’t come from an agricultural background.

“That farm was blessed,” Jay said. “I think the Lord honors hard work.”

Last year, for example, a heavy hailstorm in the Twin Falls-Burley area missed his fields by mere blocks.

The Proosts started out with a couple of acres and at the end of six years had a 40-acre farm. “We expanded every year,” Jay said. The amount of produce sold increased 10-fold from the first year.

He aimed to limit the amount of chemicals applied to his crops, he said. With the help of crop consultant Dennis Crawford, an integrated pest management program was started that emphasized natural methods to curb pests.

A big weapon was the release of ladybugs. “We always had a lot of ladybugs on the farm,” Jay said.

Elaine enjoyed selling the vitamin-laden produce to customers. “That was one of my big things — getting people healthy,” she said.

Before starting the business, the Proosts attended an intensive workshop in Michigan to learn the tricks of running a produce stand.

Elaine, who was raised in Los Angeles, said at the outset that she knew very little about growing crops. “My husband had the farm background, but I learned a lot and it was very enjoyable.”

“It’s a big job,” Jay said, pointing to a three-inch thick business plan he used last year. Detailed in its pages are jobs that needed to be done on different dates.

The Proosts didn’t plant all their crops at once but multiple times to ensure fresh produce was always available.

And the produce customers purchased at the stands was very likely picked that very same day, he said. And buy they did. Jay said he remembers some Montana residents who filled up their horse trailer with green beans for canning.

“We wanted the stand to be a blessing for the community,” Jay said.

Now that the produce stands have been discontinued, “We are going to go on a cruise this summer,” Jay said. He looks forward to spendng more time with his family, including two granddaughters in Twin Falls and a new grandson in Michigan.

“We really missed not being able to spend more time with them,” Jay said.

Jay will continue to run his American Society of Agricultural Appraisers business, which provides education and support to appraisers.

In addition, Jay and Elaine will continue to grow vegetables, but on a smaller scale than what was required for the produce stands.

TWIN FALLS -- Standing in a 90-acre lot Thursday, with the wind occasionally whipping up dust storms in the distance, Clif Bar & Company C…

These Times-News stories are getting the most attention on Magicvalley.com. What did you miss?

BURLEY • A plastics manufacturer plans to break ground this month on a new $50 million facility, the state announced Thursday.

Mister Burger Is a Family Affair

TWIN FALLS • He was 15 and she was 13 when they met while working at a Twin Falls hamburger joint.

Jay and Elaine Proost are shown with son Nick.

Jay Proost cuts a cabbage for a customer in the Proost Family Farms growing area in 2012.