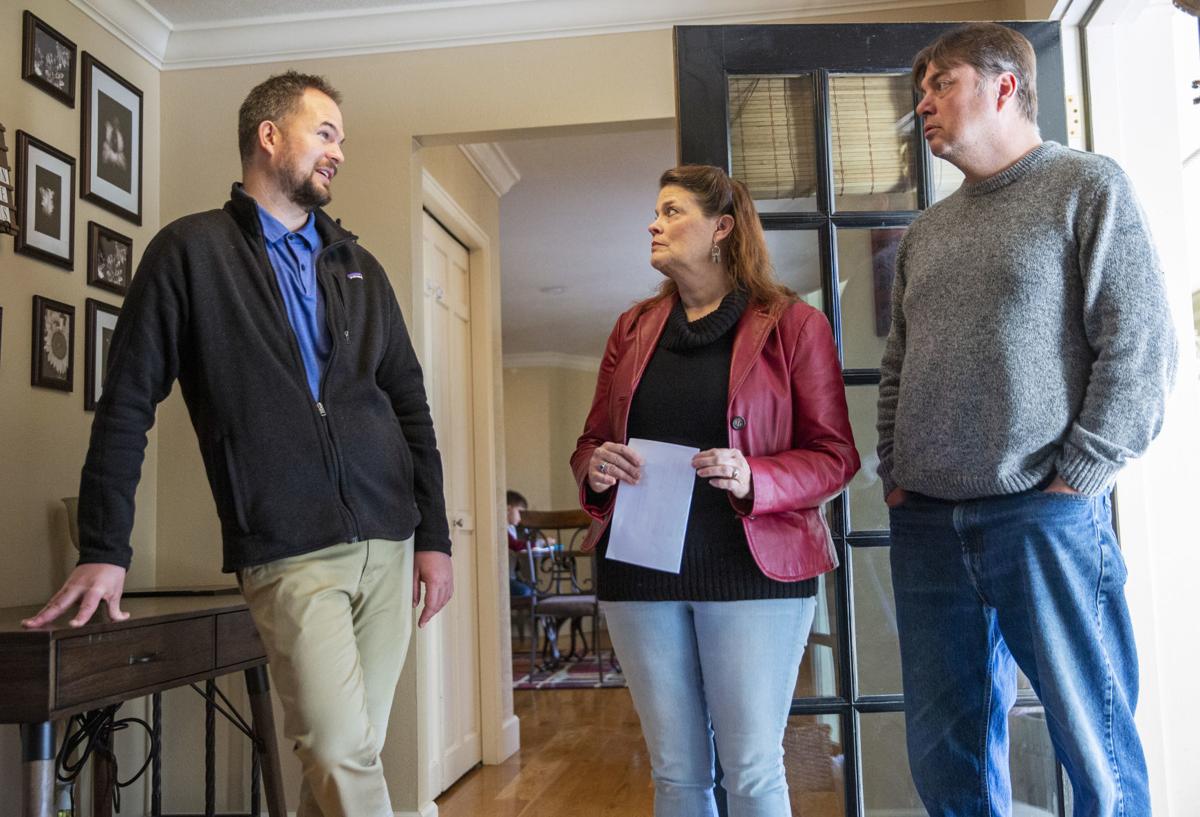 Realtor Corey Robinson, of Berkshire Hathaway, talks with Julie Swearingen, center, and her husband, Robyn Swearingen, about the property amenities Saturday during an open house in Twin Falls. 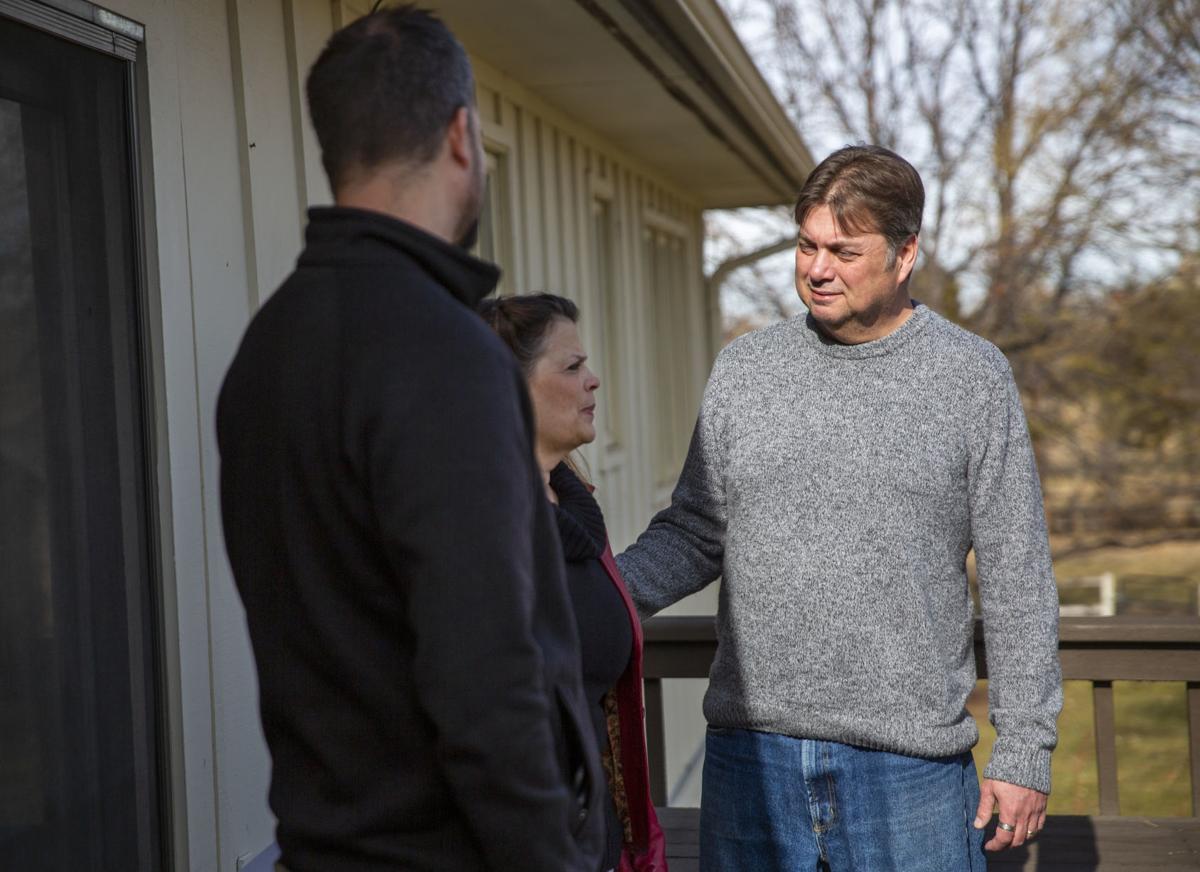 Robyn Swearingen, right, looks at a house for sale with his wife, Julie Swearingen, as Realtor Corey Robinson, of Berkshire Hathaway, shows them around Saturday during an open house for the property in Twin Falls. 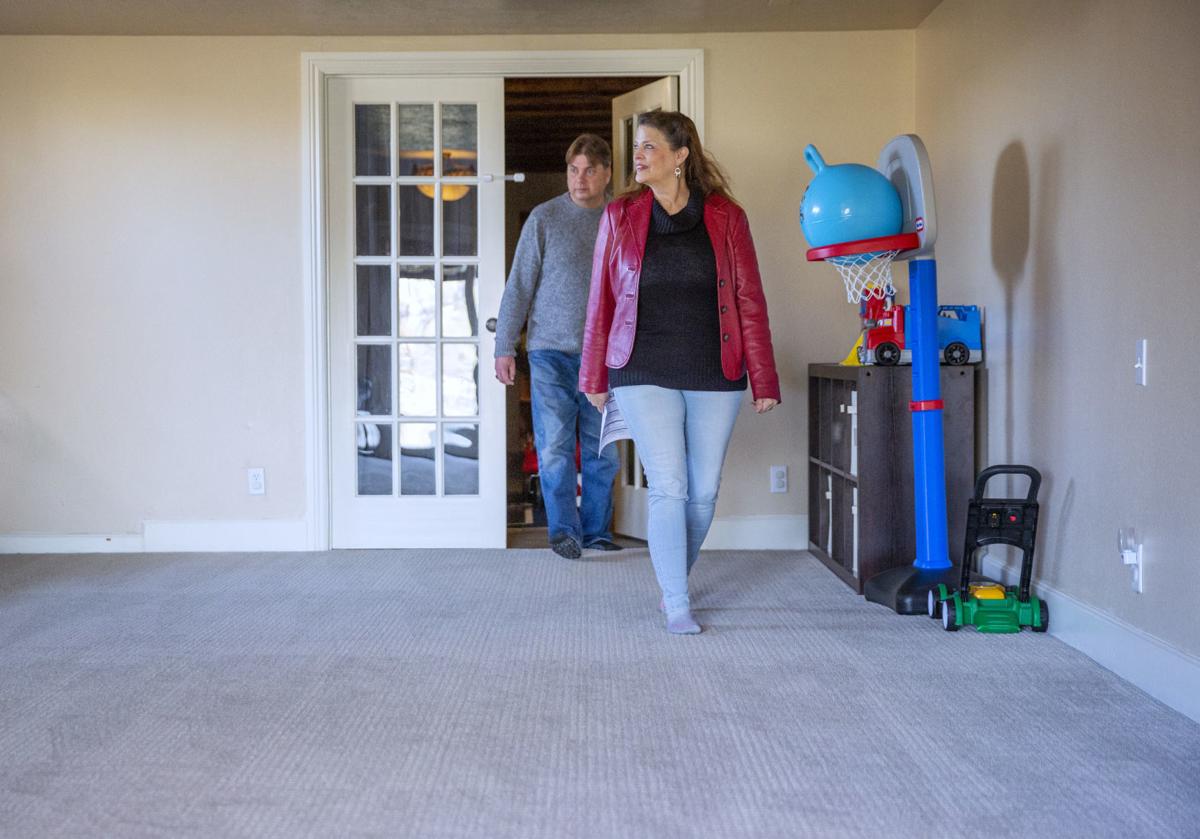 Julie Swearingen front, and her husband, Robyn Swearingen, explore a home for sale Saturday during an open house in Twin Falls.

It depends on how you count, but by one metric real estate sales in the western Magic Valley broke the $1 billion plateau for the first time in 2019, according to the Intermountain Multiple Listing Service. New construction and sales not involving Western Magic Valley Realtors Association brokers aren’t included in the data.

The Intermountain Multiple Listing Service essentially double-counts sales — once for the buyer and once for the seller. The $1,010,000,000 in total volume for the western Magic Valley — everything real estate agents sold west of Burley, east of Bliss and south of Shoshone — was $559 million in real sales.

Still, real estate value in the Magic Valley is moving steadily upward. In Twin Falls County, the average sales price of a home rose 5.7% in 2019. Jerome County saw a 7.7% increase. And actual real estate sales in the western Magic Valley went from $318 million in 2014 to $558 million last year. That’s a 43% jump.

By many measures, Idaho is experiencing the highest home value increases in the country. According to Keeping Current Matters, Idaho homeowners saw a $26,000 gain in home equity in the last 12 months, leading the nation. Most of the states leading the way in property value jumps are in the Mountain West.

Bryan Newberry is the owner and broker of Magic Valley Realty. He’s been in real estate for almost 20 years, and he said the Magic Valley should see continued growth and rising housing prices for another few years at least.

“I see nothing that would put the brakes on growth in the area,” Newberry said.

Newberry noted that there’s a general feeling of optimism in the economy, and that helps fuel growth. Even though rising property values in Idaho are making homes less affordable for many, the Gem State is still cheap compared to some surrounding states.

“That optimism is attracting people from out of the state and out of the area who recognize a good deal when they see one, as far as home prices,” Newberry said.

The housing shortage is driving prices up, according to Western Magic Valley Realtors President Jordan Beard.

Shook pointed out that the cost of a starter home has increased dramatically in the past four to five years. He said in 2015 it was possible to buy a starter home for $120,000.

At the same time, interest rates are roughly half what they were before the Great Recession, Shook said. Today they’re in the mid-3% range, down from 6.5% before the recession. That helps home buyers.

“They can basically spend $100,000 more on a house today than they could back then,” Shook said.

Twin Falls City Councilwoman Nikki Boyd has been in the real estate business for decades. She said the increase in real estate sales is a reflection of a strong economy. But she added that some of the talk about explosive growth has been exaggerated. Twin Falls is growing steadily and sustainably, she said.

Downtown Twin Falls could gain an $8 million apartment complex, but there are a few potential hurdles.

Twin Falls is becoming an entitlement city, and that means new money for things like fixing up old homes to help moderate and low-income people.

Heaps of housing: Building is booming in the Magic Valley

For the second time in a week, Idaho lawmakers considered introducing legislation that aimed to improve access to public land. For the first time, they voted to move it forward.

Long after the interstate took traffic out of little Bliss, a truck stop could soon bring back the glory days

The little town of Bliss has maybe 400 residents, and most of them leave the town to work. So a new truck stop that will employee 70 people is a huge deal.

Orchard and Harrison to get crossing beacon

Twin Falls is working to make the area around South Hills Middle School safer for pedestrians.

Realtor Corey Robinson, of Berkshire Hathaway, talks with Julie Swearingen, center, and her husband, Robyn Swearingen, about the property amenities Saturday during an open house in Twin Falls.

Robyn Swearingen, right, looks at a house for sale with his wife, Julie Swearingen, as Realtor Corey Robinson, of Berkshire Hathaway, shows them around Saturday during an open house for the property in Twin Falls. 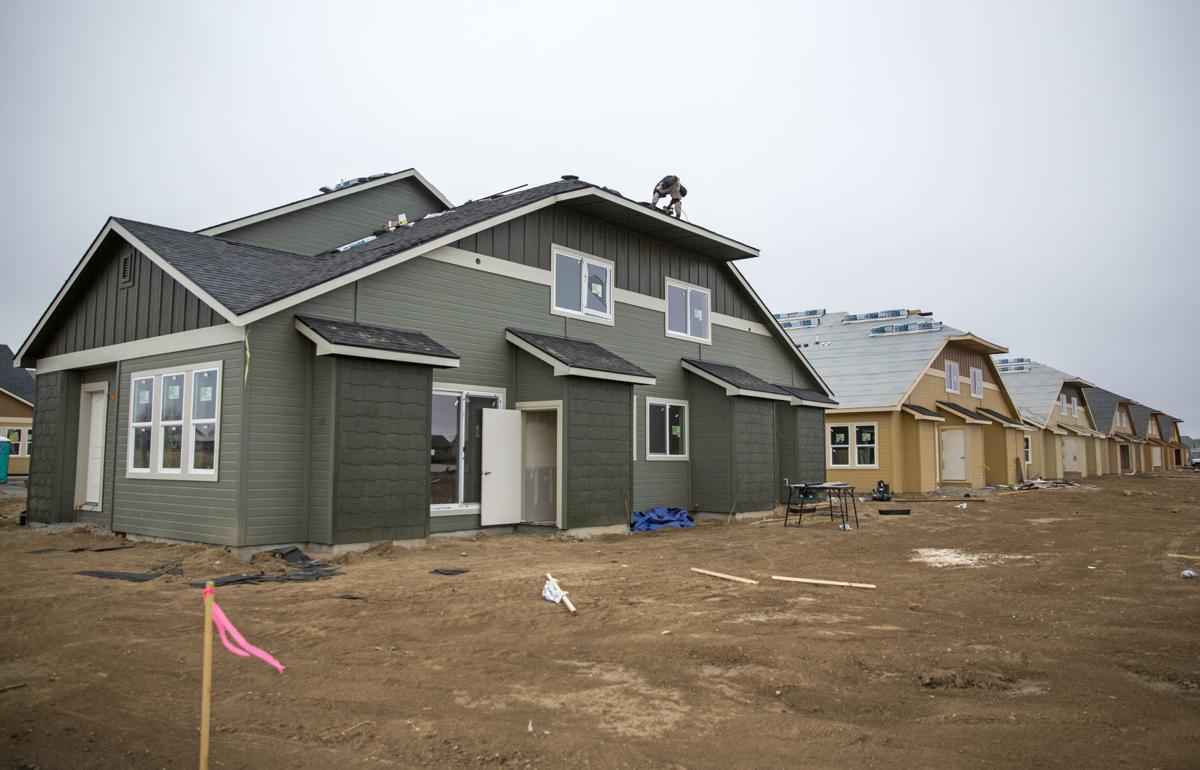 Real estate sales keep growing in the Magic Valley. For the first time ever, total sales volume broke the $1 billion plateau. That comes out to $559 million in actual sales, which is also a new record.

Julie Swearingen front, and her husband, Robyn Swearingen, explore a home for sale Saturday during an open house in Twin Falls.