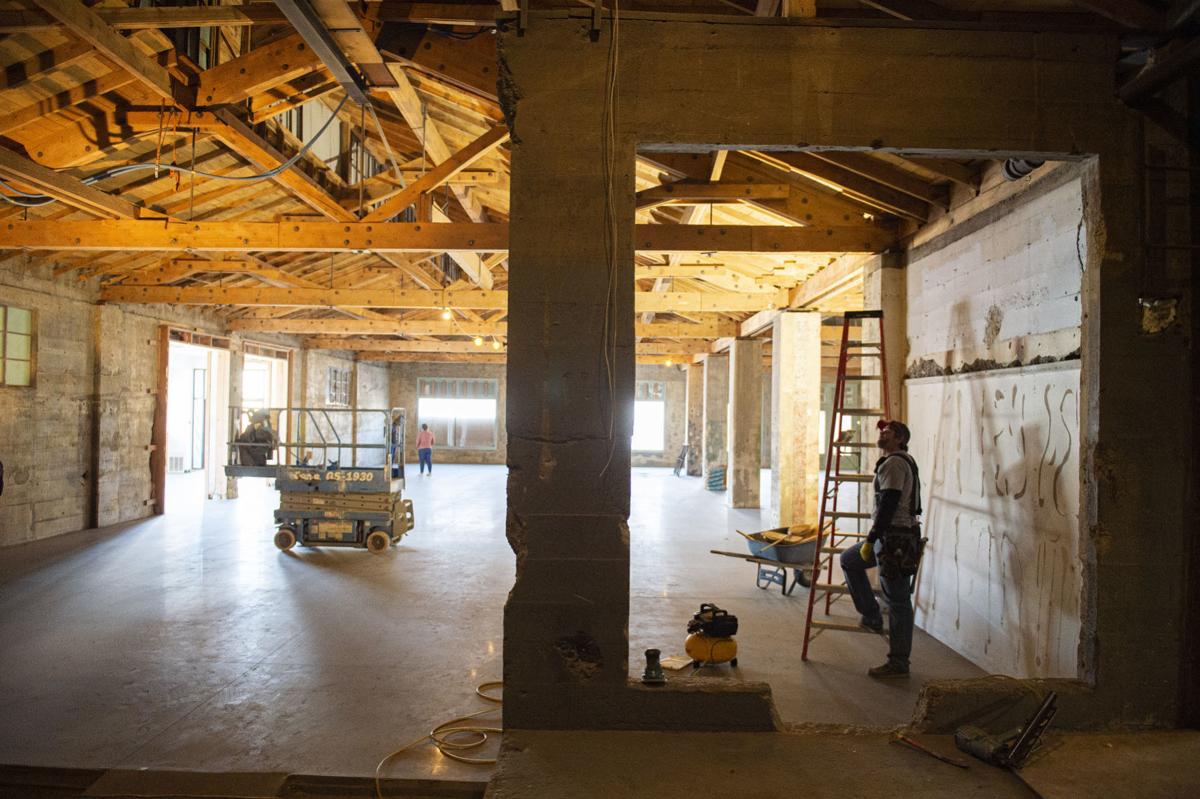 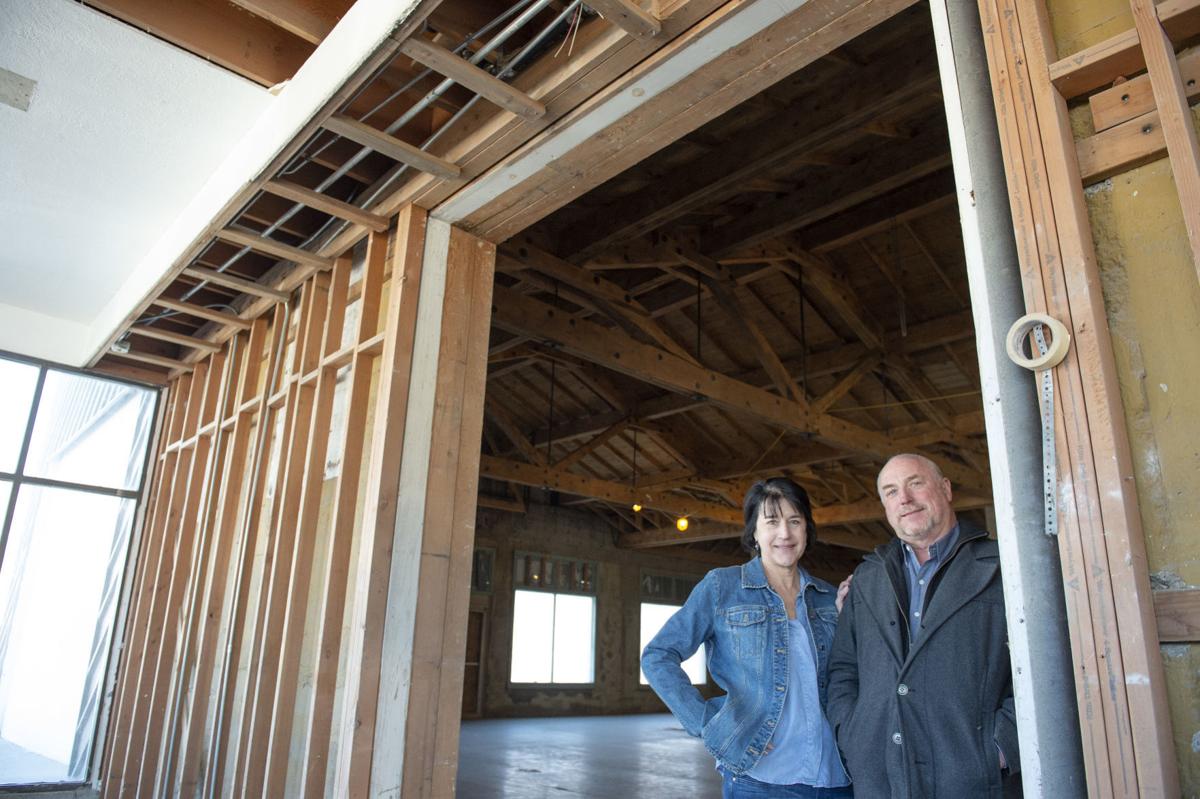 Lisa And Dave Buddecke pause inside their 2nd South Market for a photo Thursday in downtown Twin Falls. The building was built in 1926. 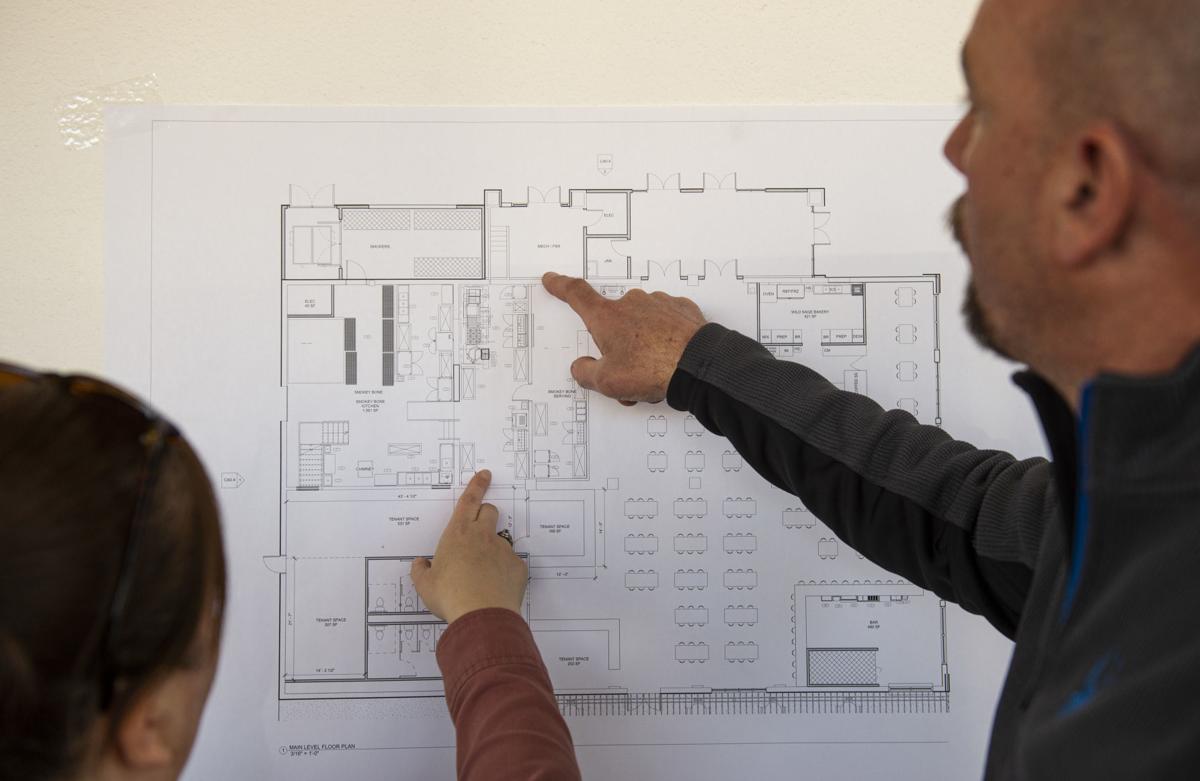 Nathan Bishop, with Creative Carpentry, and Christina Gonzalez, owner of Wild Sage Baking, talk about plans for the 2nd South Market Thursday in downtown Twin Falls. Gonzalez will be renting space in the building.

TWIN FALLS — One of the nation’s fastest-growing trends, food halls, is coming to Twin Falls. 2nd South Market, slated to open this summer, will be housed in the historic 1926 downtown Twin Falls building formerly occupied by the Salvation Army. 2nd South Market will be the first Opportunity Zone project to open in Idaho and the state’s third Opportunity Zone investment.

Opportunity Zones were established in the 2017 Tax Cuts and Jobs Act to encourage long-term investment in low-income communities through tax breaks.

Kelsar Property owners Dave and Lisa Buddecke are gutting and remodeling the 94-year-old building to expose original wood ceilings/trusses, windows and doors. At Second Avenue South and Hansen Street, the 13,000-square-foot indoor area will house several food vendors in a large open space concept. The 14,700-square-foot outdoor fenced space will be open during summer and fall for additional outdoor seating, private events, open-air markets and corn hole games. A stage is planned for live music and other amenities.

Initial vendors include Smokey Bone BBQ, Wild Sage Baking Co. featuring Cloverleaf Creamery Ice Cream, and The Tap Room — a bar built with repurposed original wood from the building — which plans to feature Idaho craft beer and wine. Other vendors will be announced.

The building’s location in an Opportunity Zone was vital to Kelsar Properties’ final decision to purchase the property.

“We’ve had a vision over the past several years to build a food hall concept in Twin Falls,” Dave Buddecke said. “The long-term tax incentive we would realize to purchase this building in an Opportunity Zone really helped to seal the deal for us. It’s a win for our investment and supports our business model as well as Twin Falls’ economy.”

The size and layout of the building with both indoor and outdoor space on a single level offered Kelsar Properties the possibility to make their food hall vision a reality.

“2nd South Market is an essential third space after home and work that establishes a sense of belonging in Twin Falls,” said Nathan Murray, Twin Falls economic development director. “It is important to have that location you can go to and engage in good conversation and activity. This new venue will go a long way to fortify downtown as a neighborhood for residents and visitors alike.”

The Magic Valley's economy is growing fast. But not all cities and neighborhoods are feeling equally prosperous. Even in downtown Twin Falls it’s easy to find boarded up buildings and empty lots covered in dust and weeds.

A destination on the river: Morey's Steakhouse has new patio, other amenities to enjoy the view

A north Burley steakhouse has expanded its menu options along with patio space to provide an experience along with the meal.

Albertsons Cos., the nation’s second-largest grocery chain, took the first step toward taking the Boise company public and issuing stock.

Cities with the lowest share of income spent on mortgages

Cities with the lowest share of income spent on mortgages

How to save extra money for the holidays

How to save extra money for the holidays

2nd South Market is set to open this summer in downtown Twin Falls.

Lisa And Dave Buddecke pause inside their 2nd South Market for a photo Thursday in downtown Twin Falls. The building was built in 1926. 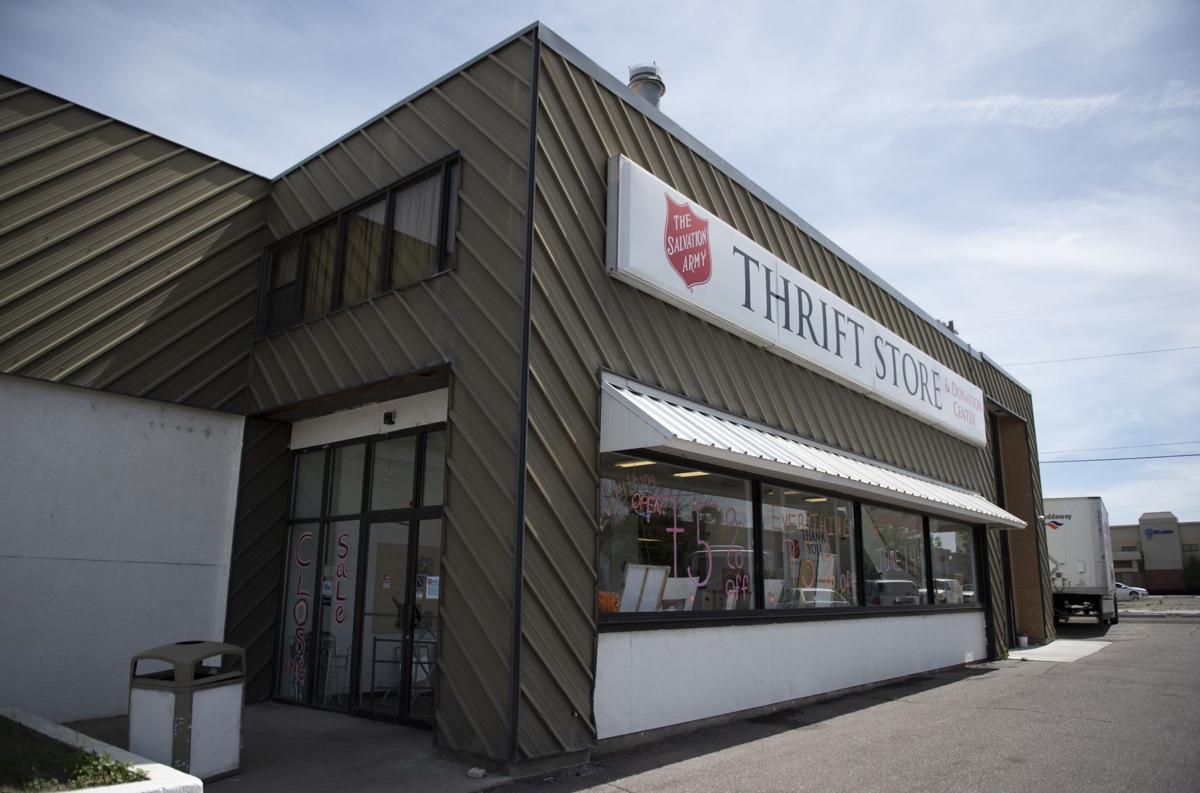 The Salvation Army Thrift Store is seen in June 2019 in Twin Falls, a few days before it closed. The building

Nathan Bishop, with Creative Carpentry, and Christina Gonzalez, owner of Wild Sage Baking, talk about plans for the 2nd South Market Thursday in downtown Twin Falls. Gonzalez will be renting space in the building.