Become a Member
Read Today's E-edition
Share This
End of the checkout lane? These grocery carts could weigh your apples, tally your bill
0 comments
Share this
John Sowell Idaho Statesman

EAGLE — The latest innovation in grocery store technology — one meant to ease customer checkout and reduce face-to-face contact amid the continuing pandemic — debuted recently at a store outside Boise.

Albertsons Companies is testing grocery carts outfitted with cameras, sensors and a scale to scan groceries, including canned goods, boxes, meat and produce, as customers shop and place items in their carts.

The test is taking place in a store in suburban Eagle, a few miles west of Boise. Albertsons, the nation’s second-largest grocery chain, will spend several months evaluating the system and gauging customer feedback to determine whether it wants to roll out the carts to its 2,278 stores across the nation.

Shariq Siddiqui, co-founder and CEO of Redmond, Washington, startup Veeve, which supplied the carts, predicts demand will be strong. He envisions a day when grocery stores provide checkers with electronic tablets that can monitor cart activity and move checkers out from behind checkstands so they can interact directly with customers as they shop.

“The feedback has been extremely positive,” Siddiqui said by phone. “People love the idea of being in control, and during the pandemic the demand for contactless shopping has just skyrocketed.”

“I think it’s really a nice option, and more and more we want to avoid the checkout line,” Eagle resident Jennifer DeWitt said after taking one of the five specially designed carts for a spin. “Even the self-checkout lane is getting overcrowded. So hopefully this will be a good solution.”

Before DeWitt entered the store, she hadn’t heard of the smart carts. An employee with Veeve, which supplied Albertsons with five of its buggies, explained how to her it worked and asked if she wanted to check it out.

“He was nice and offered it, so I thought I’d give it a try,” DeWitt said.

Albertsons declined to comment, saying it is still evaluating the carts.

A touch screen sits atop the cart where a child might sit in a traditional grocery cart. The customer keys in his or her phone number, tied to an Albertsons loyalty card, and scans each item on a barcode scanner on the back of the touch screen. Items are then placed in a bag in the cart.

For produce such as an orange, kiwi or celery, the bar code sticker gets scanned and the item placed in the cart. The built-in scale calculates the difference in weight in the load and charges the correct price. For customers who change their mind, a second scan of the product removes it from the cart, and it can be placed back on the shelf.

Even beer and wine can be bought with the carts. A store employee must verify that the customer is at least 21, the legal age to buy alcohol.

When they’re ready to check out, the touchscreen program takes into account in-store and phone app discounts and totals the order. The customer swipes a card reader with a debit or credit card. The screen then prompts the customer for an email address if the customer wants a receipt.

Eventually, cameras and sensors in the cart will do away with the need to scan each item, Siddiqui said. Products will be automatically recognized and rung up.

“People really like to be able to scan their items, skip the checkout lines, come straight to us and pay when they’re done,” said Veeve deployment strategist Brady Tomlinson, stationed inside the Albertsons store. “And they grab their bag and go.”

Veeve was founded in 2018 by Siddiqui and Umer Sadiq, who brought nearly two decades of combined experience from Amazon. A year later, Veeve introduced its cart, dubbed Gen-1, a “nerdy name,” Siddiqui said.

Veeve is also conducting a test market for Safeway in the Northern California city of Pleasanton, where the Albertsons-owned company is headquartered.

Veeve is one of a number of companies pushing shopping cart technology. Last year, Amazon debuted its Smart Cart at Amazon Fresh stores. Another company, Caper, bought last month by Instacart, has a pilot program with Kroger, owner of Fred Meyer and Smith’s stores, for its KroGO cart that also uses artificial intelligence.

Two other startups, Shopic and WalkOut, offers similar technology that can be installed in existing shopping carts.

Interest in Veeve’s shopping carts is high, said Siddiqui, whose company is located two minutes away from Microsoft’s campus. That includes large chains such as Albertsons, smaller chains and even neighborhood grocery stores, he said.

“With Seattle being our backyard, we’re definitely testing here with a retailer,” he said. “We’re also out in California, we’re in a couple of locations in Ohio, Cincinnati and Loveland. We’re in Indiana. We’re in Idaho.”

The smart carts are just the latest checkout innovation brought to grocery stores since the 1970s. Before that, store employees marked prices on products using ink stamps on cans and paper stickers on boxes and other packages. Purchases were rung up by checkers manually on cash registers.

The first checker-operated scanner, built by RCA, was introduced in 1967 at a Kroger store in Cincinnati, where the nation’s largest grocer is headquartered. Instead of today’s familiar black-and-white Universal Product Code bars, the Kroger scanners read a bulls-eye code.

The first UPC reader, developed by Spectra Physics, then a Eugene, Oregon, company, and NCR was unveiled at a Marsh supermarket in Troy, Ohio, in 1974. The machines read package barcodes — technology developed in 1949 but not embraced by the grocery industry until decades later.

Supermarket scanners did not become widespread until the early 1980s. WinCo, a regional chain headquartered in Boise with stores throughout the West, was an early adopter of the Spectra Physics scanner and expanded its use.

Self-checkout lanes were developed in the early 1990s, but they didn’t catch on initially. Retailers liked them because they could reduce staff and relieve long lines. Customers, who felt they were paying for customer service, didn’t like the idea of reduced staffs and didn’t find self-checkout any more convenient.

Seventeen years ago, Albertsons tested hand-held scanners that customers in Dallas could take with them as they shopped, ringing up their purchases and loading them into their cart. The company had planned to roll out the technology to other markets, but it never caught on.

In 2018, Walmart offered customers in select stores a handheld scanner that allowed them to scan groceries as they shopped. They paid for their items at a self-serve check stand. Later, the company, headquartered in Bentonville, Arkansas, introduced a phone app that allows customers to scan and pay for purchases with their mobile phone.

The largest dairy transport company in the U.S. has started construction on a new facility in Jerome.

Here's a look at some of the new businesses around town.

Chobani is giving an entire case of free yogurt to anyone — while supplies last — this Saturday.

While some vineyards saw 25% decrease in yields, a local Buhl vineyard saw three to four times the fruit.

6 steps to higher net worth: A year-end financial checklist

Here are six easy-to-implement steps to help boost your net worth going into the new year. Plus, check out more personal finance tips from experts.

Seth Meyer was appointed USDA’s Chief Economist in January of 2020, returning to USDA after two years. Prior to his return, Seth was a researc…

Amid the continuing pandemic, supply chain disruption, and increased food prices, Dot Foods’ donation of $30,000 in total to six area food pantries Nov. 10 and 12 came at the right time.

The growth in home prices is finally slowing down.

What's in your wallet? If you're a Capital One customer, it might soon be more money. 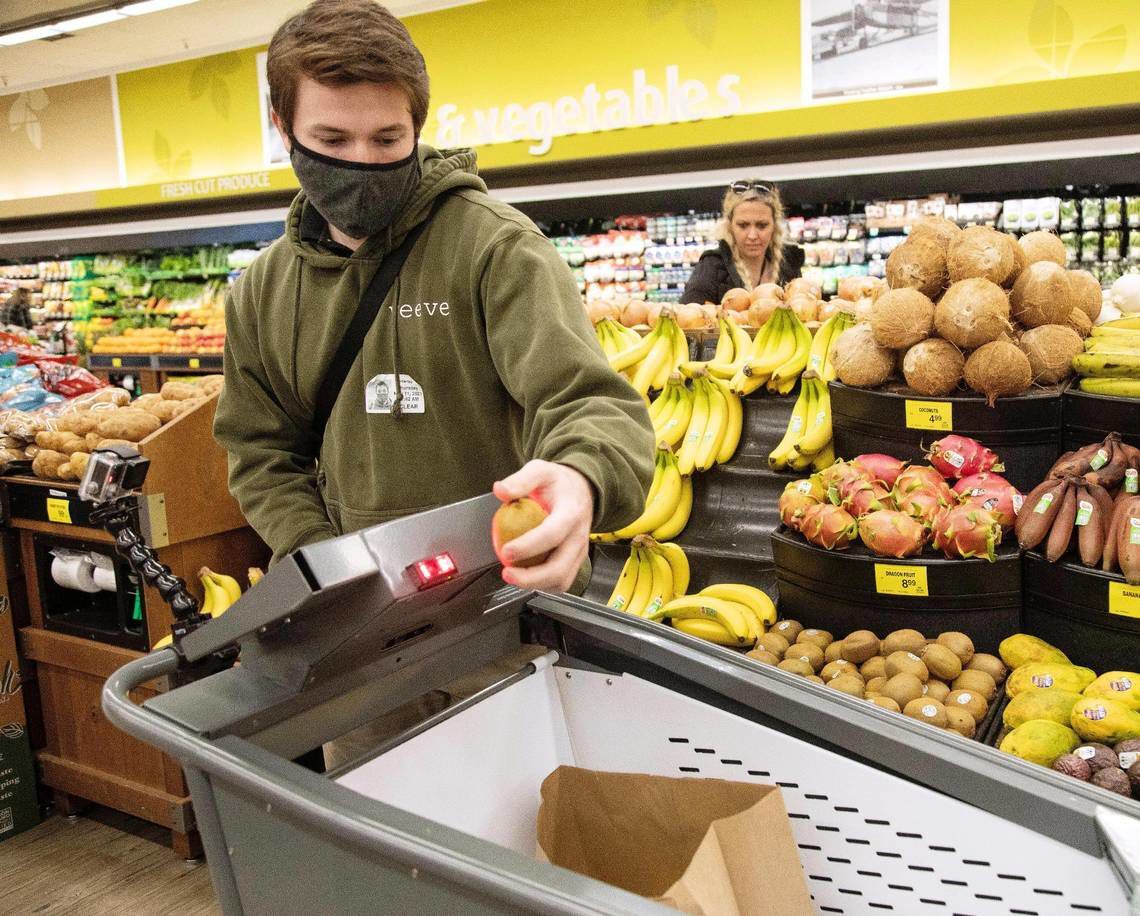 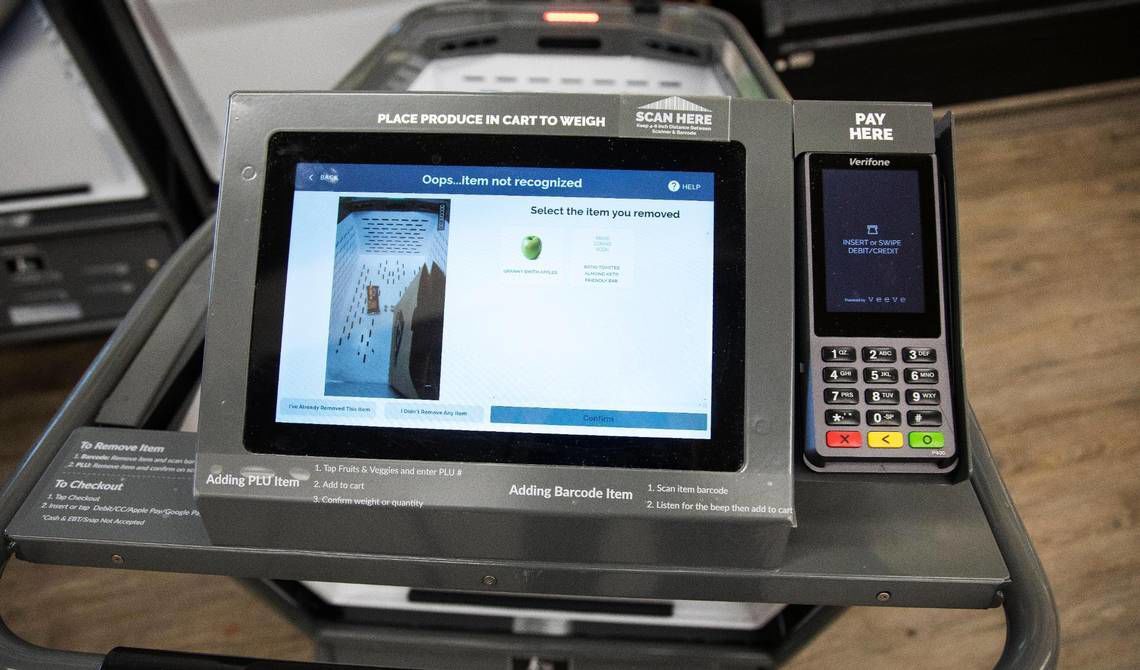 The Veeve shopping cart, pictured at an Albertsons store in Eagle, Idaho, uses computer technology to allow customers to scan item barcodes, weigh produce in basket, and use contactless payment straight from the grocery cart. 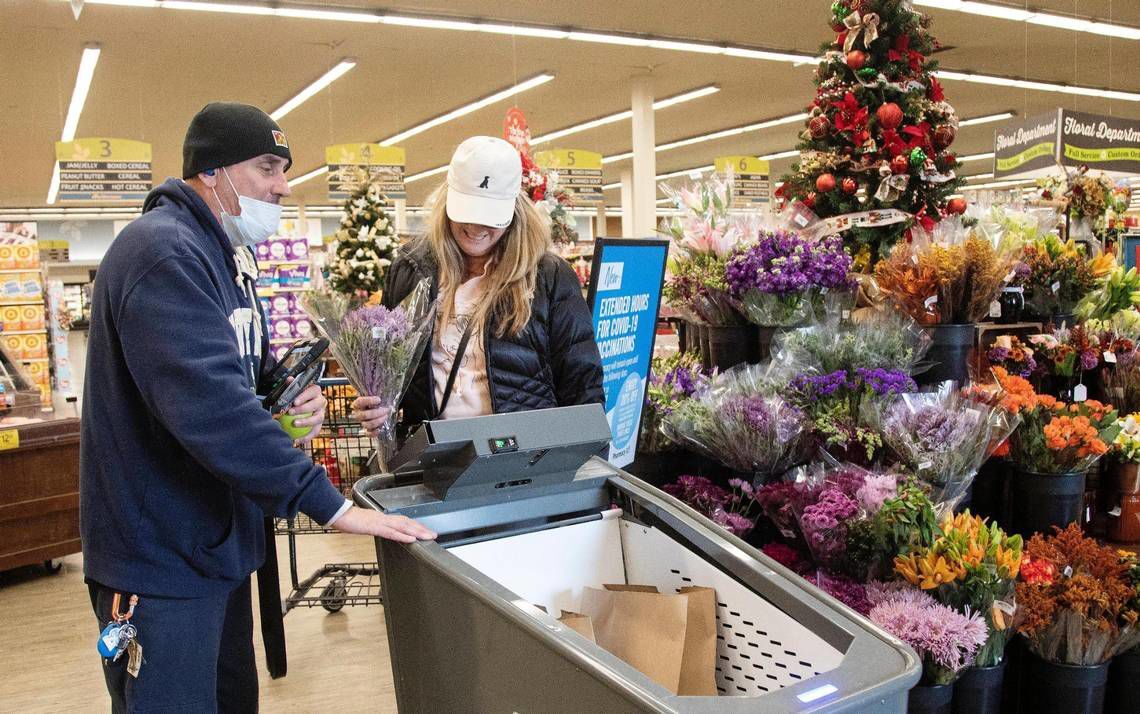