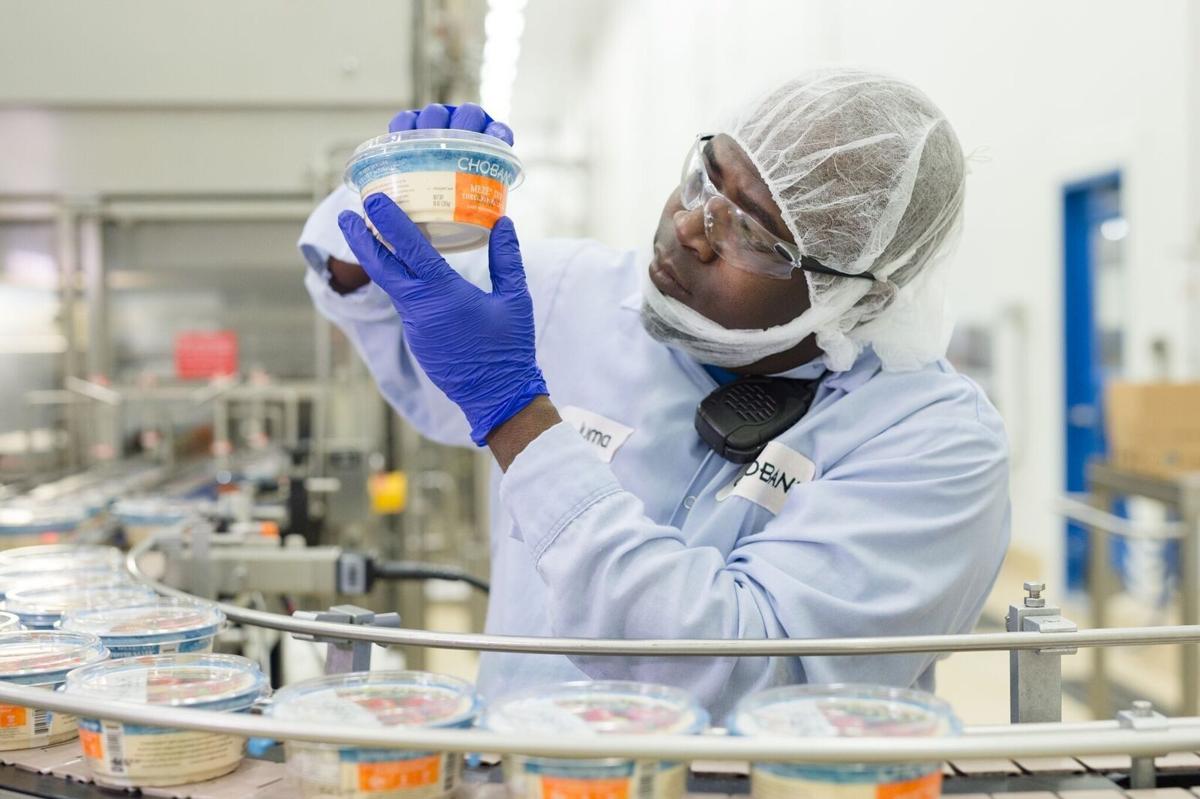 A Chobani employee with one of the Meze Dips products in Twin Falls in an undated photo. 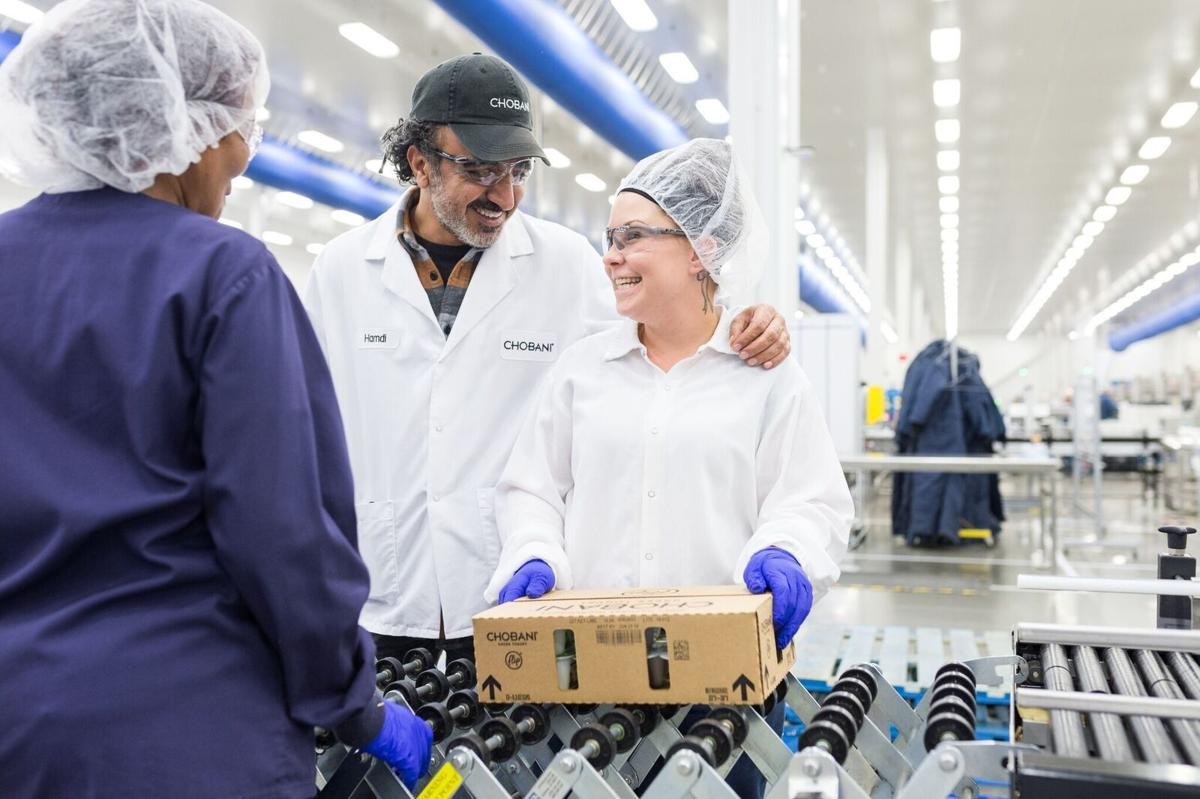 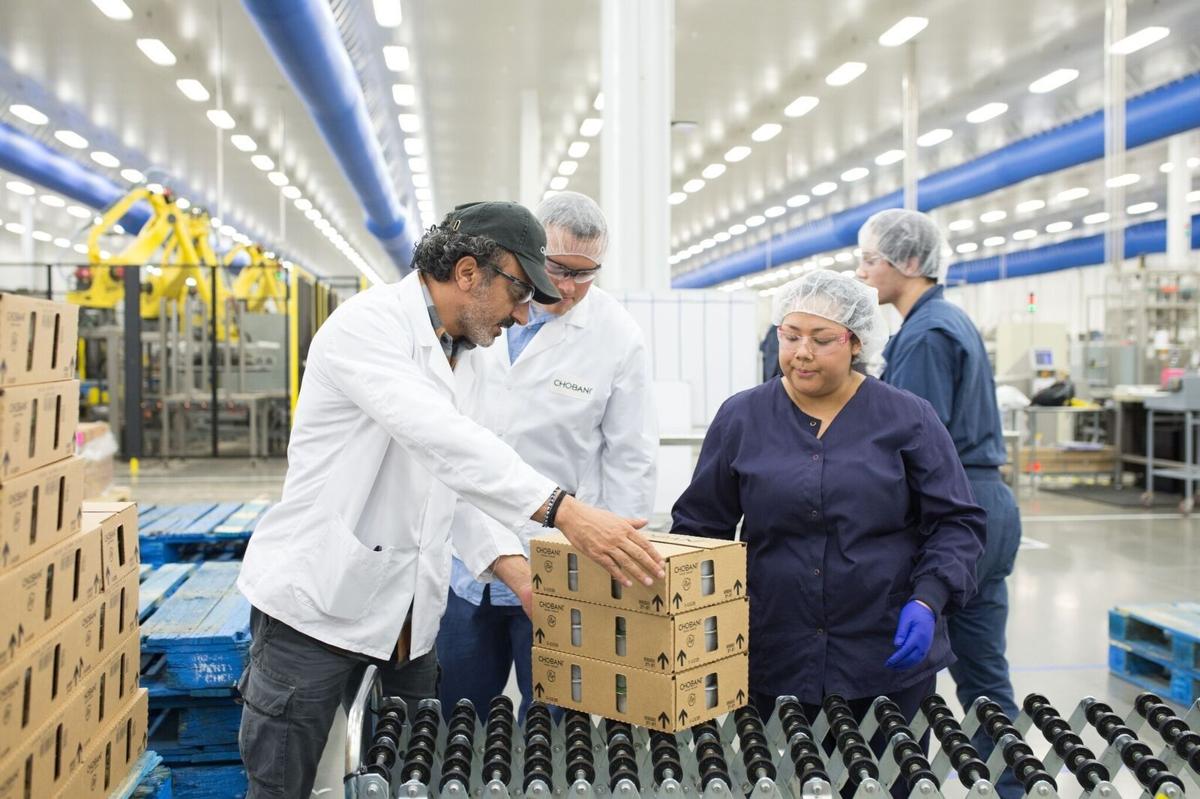 TWIN FALLS • Chobani will soon have more than 1,000 employees at its Twin Falls plant.

The yogurt company says it is preparing for future growth and will have hired at least 100 more people in the first half of 2016.

The announcement comes as the company begins a $100 million expansion and prepares to launch two new product lines this summer. In the last six months of 2015, the company also hired about 100 employees.

The newest round of hiring will officially take Chobani over the 1,000 employee mark at its Twin Falls facility.

The company’s growth is a reflection of its partnerships and mutual success in Twin Falls, he said.

Jan Roeser, regional economist for the Idaho Department of Labor, estimates the company is in the top five employers in the county in terms of number of employees — and likely among the top 10 in the region.

The company ranked No. 64 in the state’s list of top private business employers in Idaho for 2015. However, Roeser said, there are gaps in the report because an exact employment number is not provided, only a range.

With a low unemployment rate in the region, Gonda said, Chobani is making a concerted effort to attract more people to the Magic Valley.

“One of the biggest barriers to future growth is finding more people,” he said.

Last weekend, the company expanded its talent search with a career event in Boise, recruiting in the areas of engineering, automation, operations, quality, production, maintenance and research and development. New employees will fill a mixture of vacancies as well as new positions.

“People are beginning to see Twin Falls as an incredible place to call home,” Gonda said.

He attributes employee satisfaction, reported in anonymous surveys, to CEO Hamdi Ulukaya’s mission and values, and how the company acts in the community by “leading with a soul.”

“Hamdi always believed our success and growth in Twin Falls would be vibrant and robust,” Gonda said. “To see that come to be in such a short time is incredible.”

Chobani has an overall yogurt market share of 19.3, the highest share in the company’s history which translates to a 36.1 share of overall Greek yogurt. The company also stated in March its top-line sales growth was up 25 percent year-over-year.

Gov. C.L. “Butch” Otter is scheduled to attend an invitation-only expansion celebration Thursday at Chobani with Ulukaya at the Twin Falls facility.

Chobani to Give Employees Shares, Making Some Instant Millionaires

NEW BERLIN, N.Y. • Chobani is giving its employees ownership stake in the company, a surprise move that could make some of the yogurt company’…

The world’s largest yogurt factory is about to get bigger.

Chobani says it is incrementally investing nearly $100 million into its Greek yogurt plant in Twin Falls. The decision aims to fuel momentum as the company continues to expand into new areas.

UPDATE: Chobani's New Dip and Drink Products Will Be Made in Twin Falls

A Chobani employee with one of the Meze Dips products in Twin Falls in an undated photo.