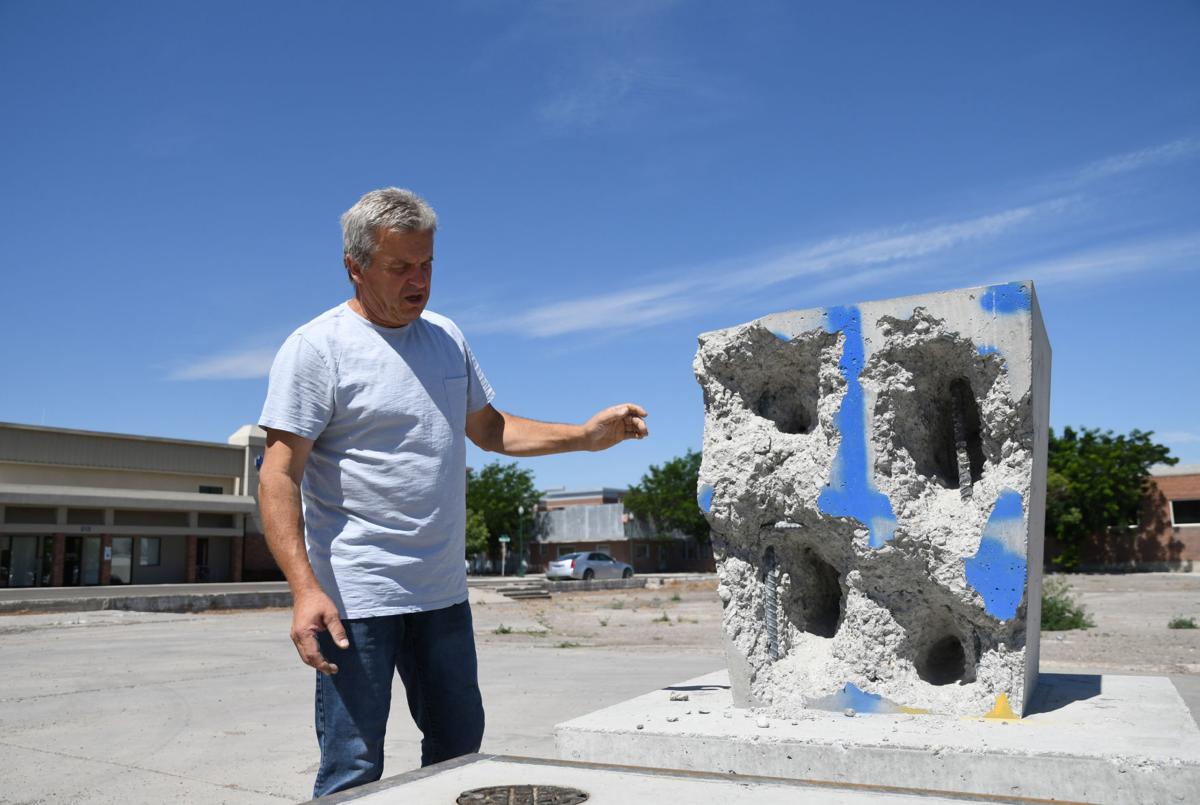 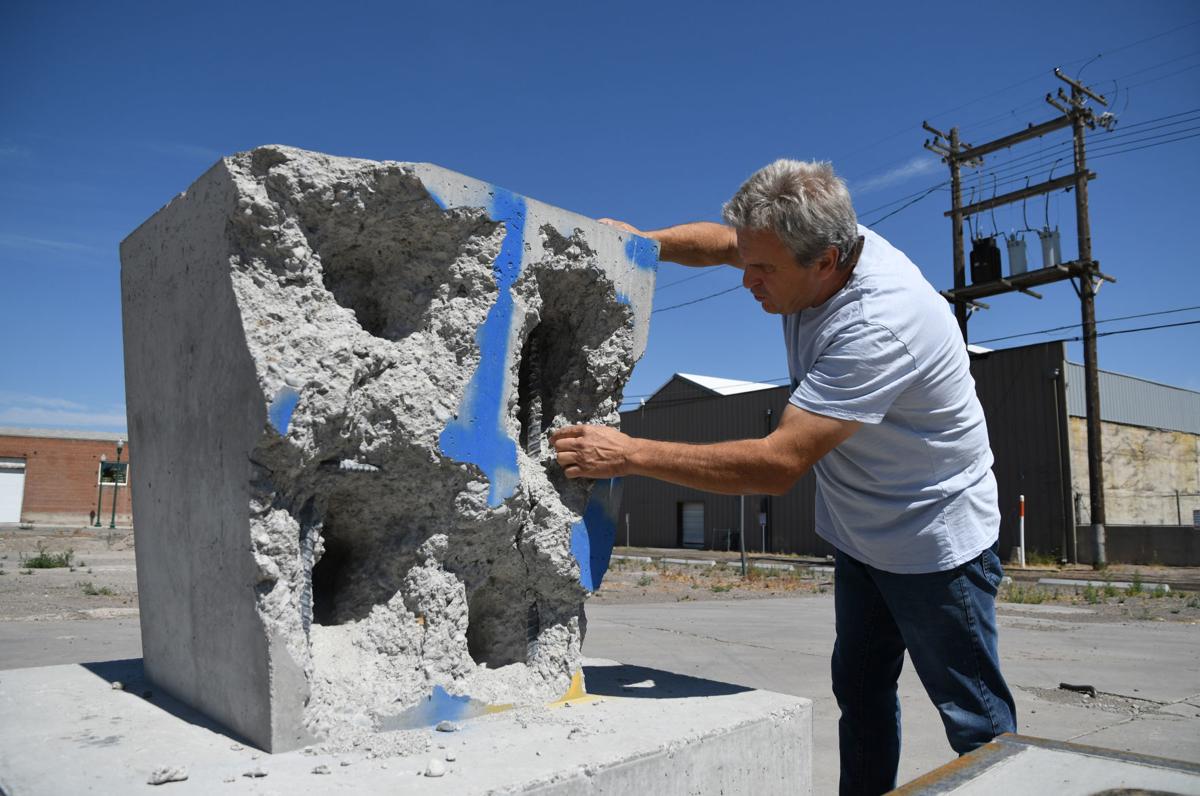 Jacob Caval examines his security barrier after it underwent a barrage of gunfire from a SWAT team.

TWIN FALLS — Jacob Caval knows fear. Growing up Jewish in communist Romania, persecution was a constant in his life. When he was a young child, the police killed his father.

“My life, I live in fear,” Caval said. “The country I’m coming from, I was scared all the time.”

“My first year working was just for food, not money,” he said.

After immigrating to Idaho in the late 1980s, Caval continued working in construction. He worked on homes in Sun Valley and Jackson Hole, for billionaires and famous folks, like Tom Hanks.

Now, Caval has decided to enter the safety business.

His plan is to sell security barriers, but he doesn’t want them to be mere blocks of concrete. His structures make use of his practiced eye and taste for ancient Roman styles. They can be tailored to the aesthetics of any given location.

He pictures them in city squares, blending in seamlessly with historic architecture — he doesn’t want his barriers to mar beautiful places.

“This is art — security and art together,” he said.

The barrier’s core is like concrete, but unusually tough. That core sits upon a metal frame. A good portion of the structure rests underground, and the above-ground portion is about 4 feet tall. He says many of them will resemble giant flowerpots.

Another aspect that will make his structures stand out is the material around the concrete, which can be any color. Caval has one patent for his ArmourStone coloring technique, one pending for coloring an undulating surface, and another pending for the barrier as a whole.

Caval’s colors are replicable; they are not destroyed by setting concrete.

Two years ago, when working on flowerpots for his daughter, the security barrier idea came to Caval’s mind. He said he’d been watching bombings and shootings on TV for years, and he wanted to do his part to limit their damage.

“I believe this will save lives,” he said.

Holding up under fire

Bollards are useless if someone wants protection from gunfire, Caval said. Jersey barriers can make an area seem as if it’s under construction, and generally unfriendly, akin to a militarized zone. In Caval’s opinion, when the security measures are that obvious, people tend to feel unsafe.

The ArmourStone barrier has already held up well under an important test. It withstood nearly 1000 rounds of fire from the Twin Falls SWAT team — in fact, less than half of the barrier had been eaten away after the assault.

The barriers aren’t fixed into the ground once installed. Instead, they are removable if needed, although they weigh 3.5 tons.

“I think Jake’s heart’s in the right place,” he said. “I think his sole mission in life is to make people safe.”

There are a few obstacles for Caval as he tries to get his product to market. For one, he can’t start selling the barrier in retail stores — he is selling his product to governmental agencies, and primarily needs to pitch it to military departments.

Caval has been working with government agencies for months. He’s talked with SWAT team leaders, the Federal Emergency Management Agency and the U.S. State Department.

Another challenge is that his product requires intensive testing. He’s already done computer-simulated testing, which shows his barrier can stop a semi-trailer truck heading toward a crowd at 50 mph, in its tracks.

But because the whole point of the barrier is safety, Caval would need to pay $55,000 out-of-pocket to run it through the real-life testing ringer. He says he doesn’t have those funds right now, so he’s trying to convince some sort of law enforcement entity or government agency to test it for him.

Once he is able to actually begin selling the product, he hopes to achieve annual sales of $6.5 million (he plans on selling each barrier for $6,000) and employ 20 people in Twin Falls.

Caval says he is tired of mass shootings and bombings, and sick of people driving their cars into people deliberately. He wants to help solve the terrorism problem, and it’s important to keep public spaces free of fear in order to do that.

“What is the message for the people who come into the U.S.,” Caval said, “and they see the White House with Jersey barriers around it? What do they believe? What do they say?”

TWIN FALLS — The Second avenues could see some changes.

While many brick-and-mortar retailers are scaling back, one national chain is trying out a new brand and opening a new store in Twin Falls.

TWIN FALLS — He worked in a fly shop as a teen, cleaning duck wings and chickens for fly feathers and rooting around for gear in Ruel Stayner’…

Police continue to search Wednesday for a driver who fled a traffic stop, drove through two counties with police in pursuit and then swam across the Snake River to escape.

TWIN FALLS — Spencer Patterson never planned to get into tech. None of his first five jobs had much to do with running a software company.

TWIN FALLS — A major department store is coming to the Magic Valley Mall.

TWIN FALLS — There have been a lot of shakeups at the Magic Valley Mall in the last few years. Macy’s is out and Hobby Lobby’s in. Olive Garde…

TF pizza joint on the move 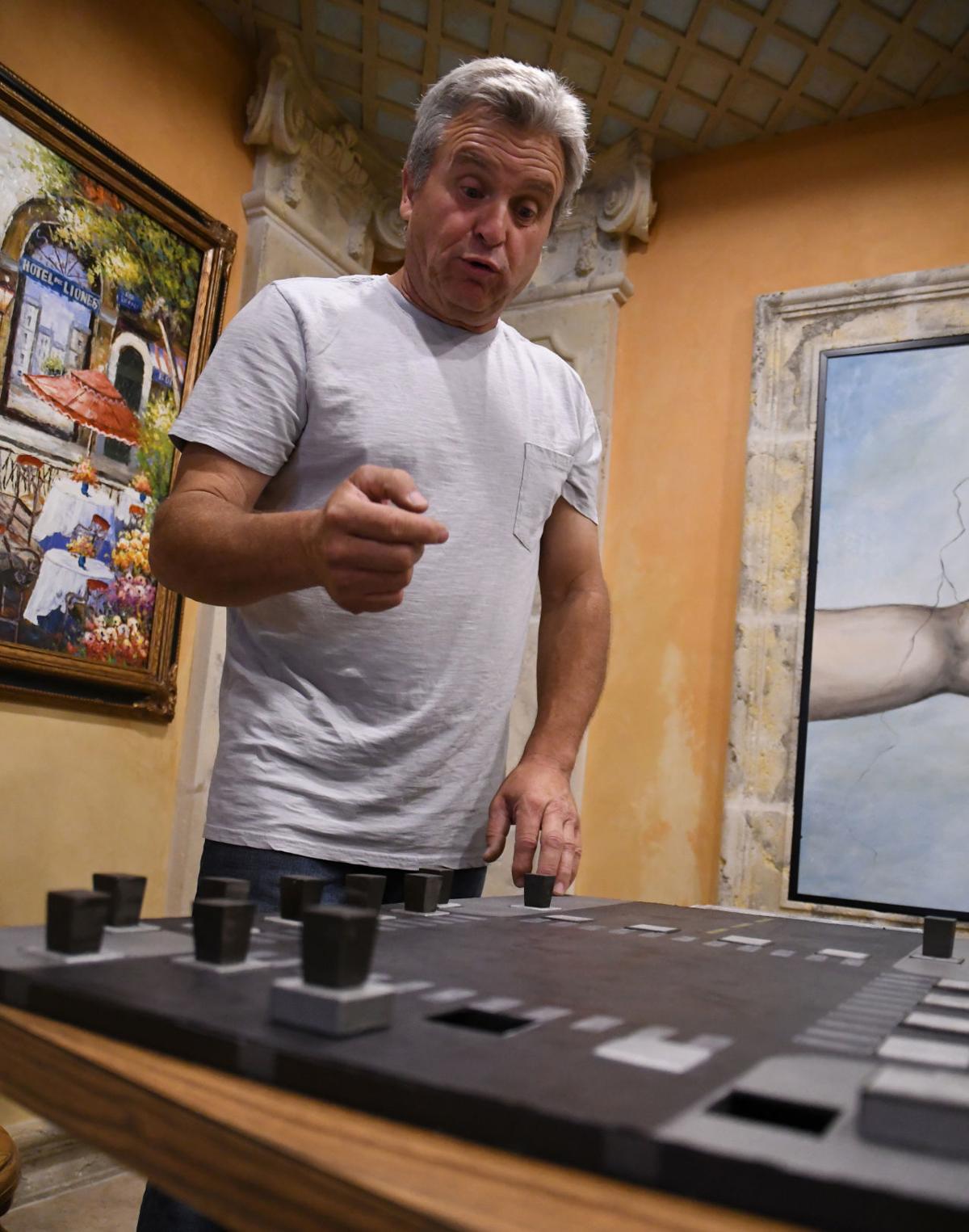 Jacob Caval shows a model city square, protected by his ArmourStone security barriers. Caval says his removable barriers could make cities safer by providing cover and making it impossible for terrorists to drive into crowds. 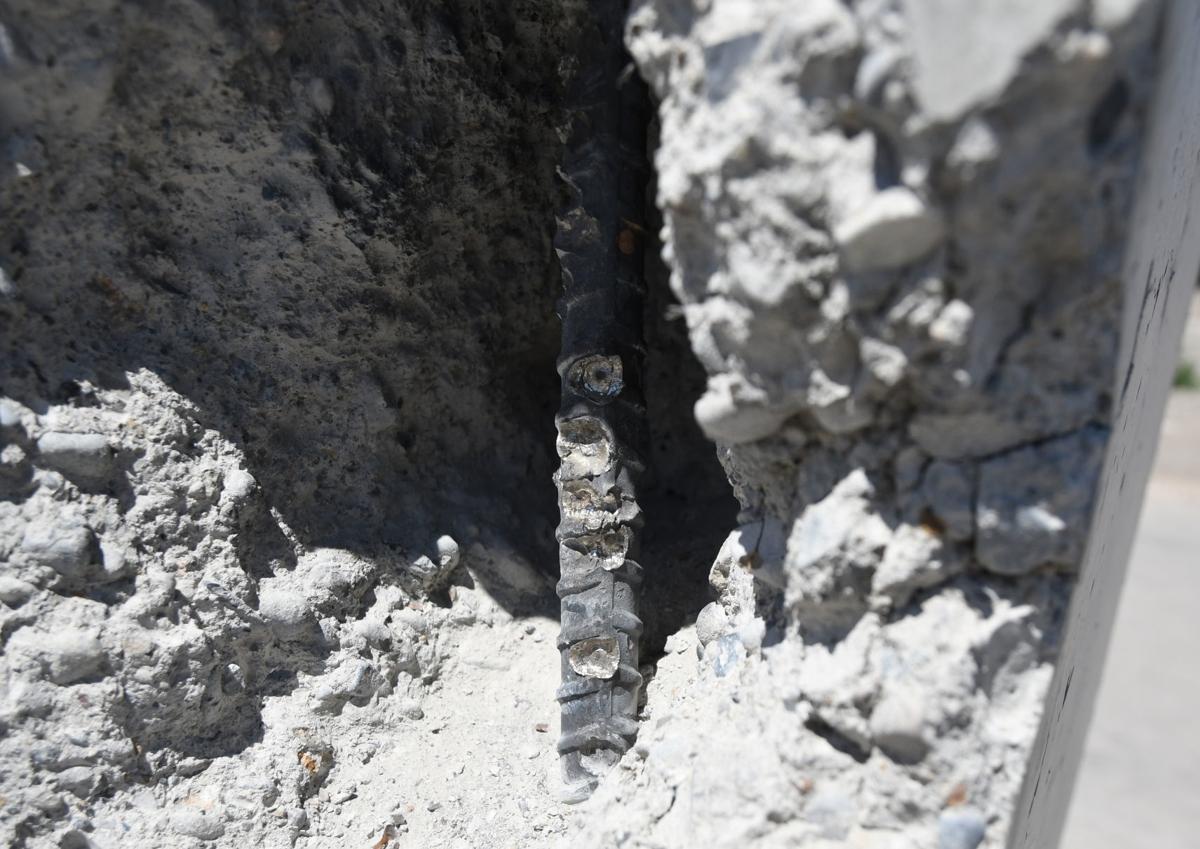 Nearly 1000 rounds of fire weren't enough to cut through Caval's security barrier. Bullets chipped a piece of the metal frame embedded within the concrete-like material. 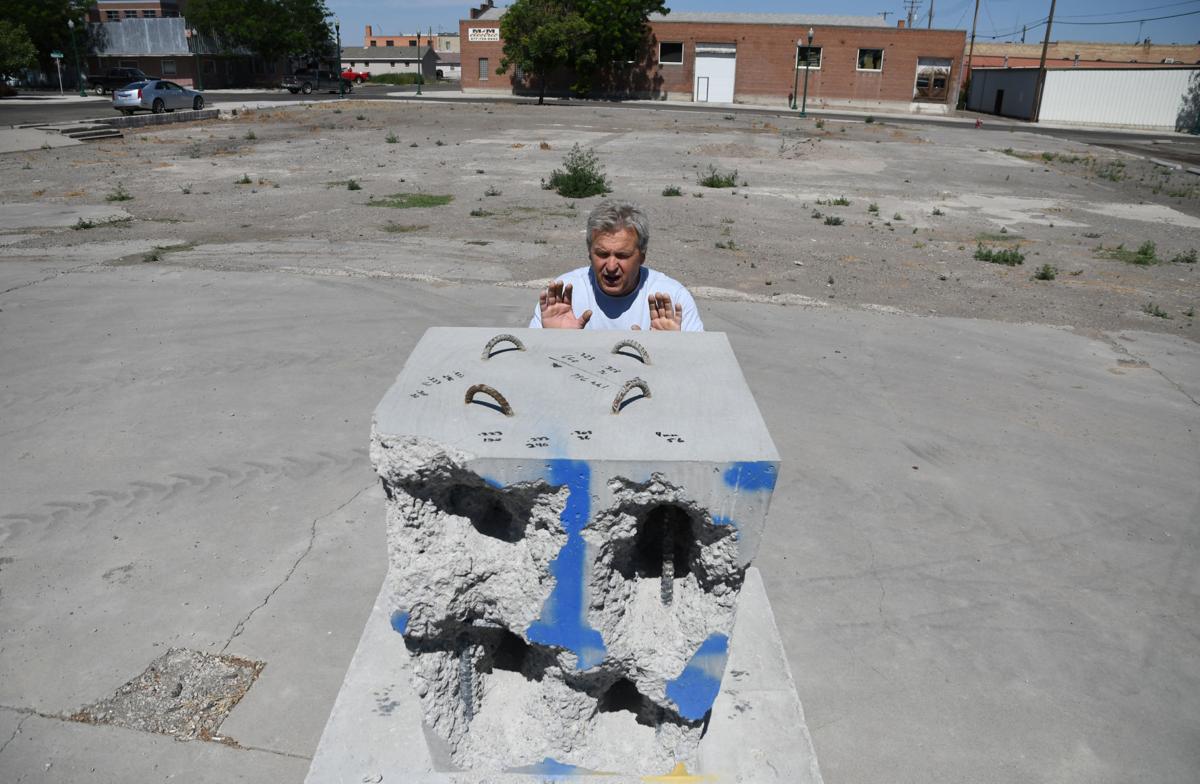 Jacob Caval shows how, if an active shooter attacked, his security barrier would provide a safe shelter. 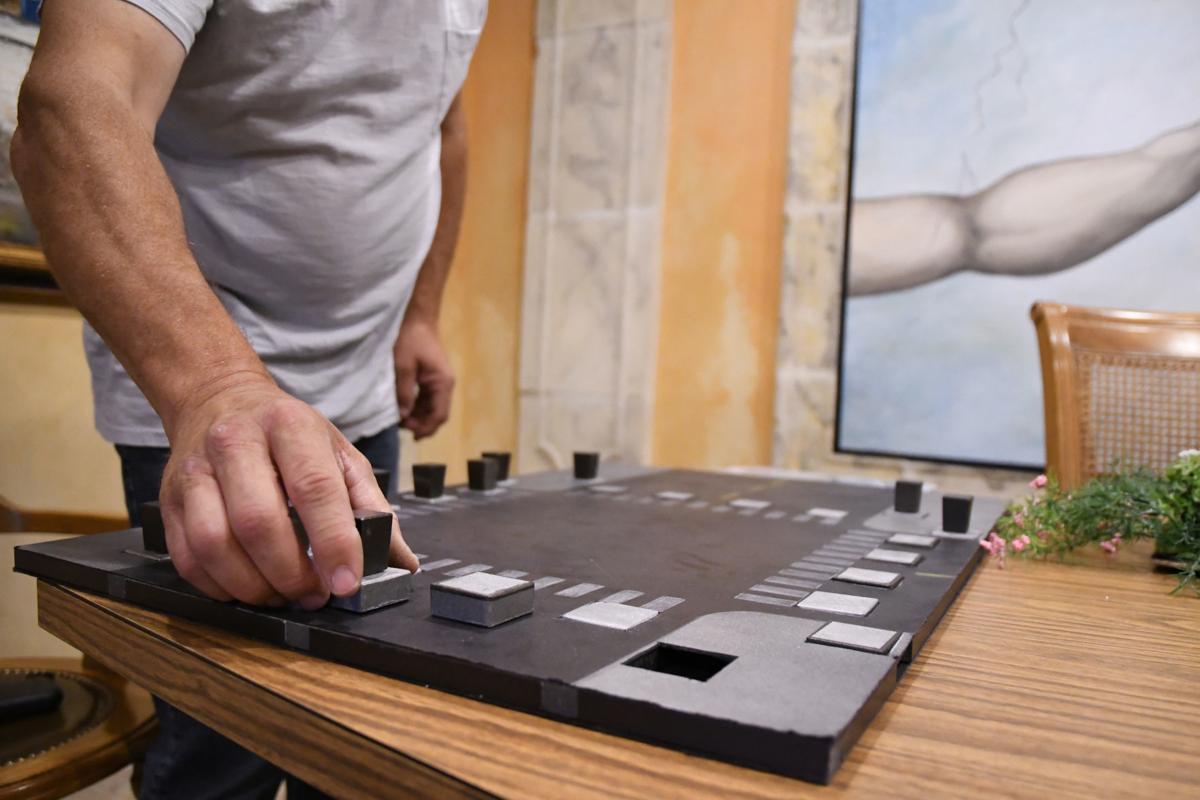 Caval envisions his barriers in major cities, where he says they will make people safer, without sacrificing aesthetics.

Jacob Caval examines his security barrier after it underwent a barrage of gunfire from a SWAT team. 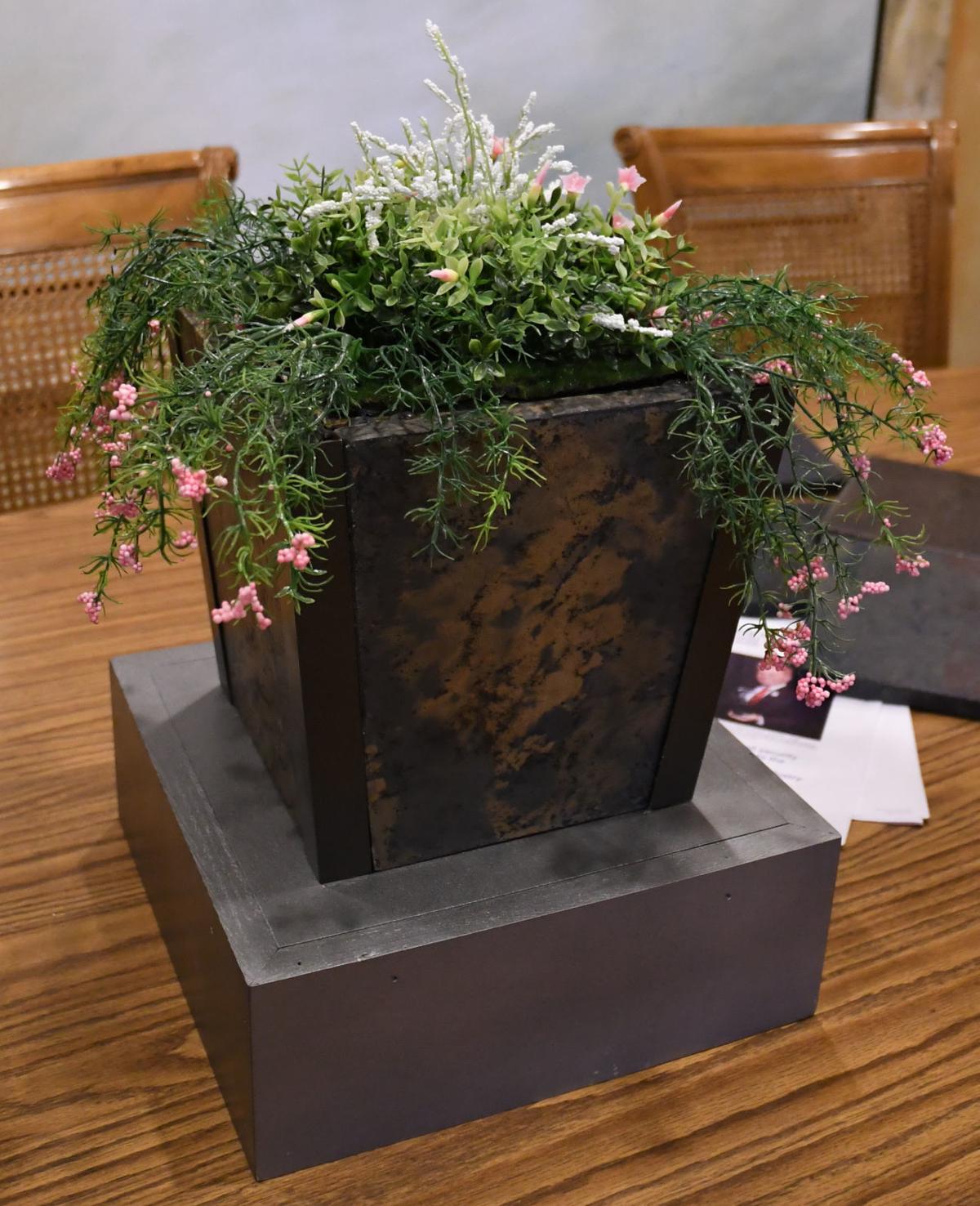 Caval's security barriers will be 4 feet high, but this model is flowerpot sized.