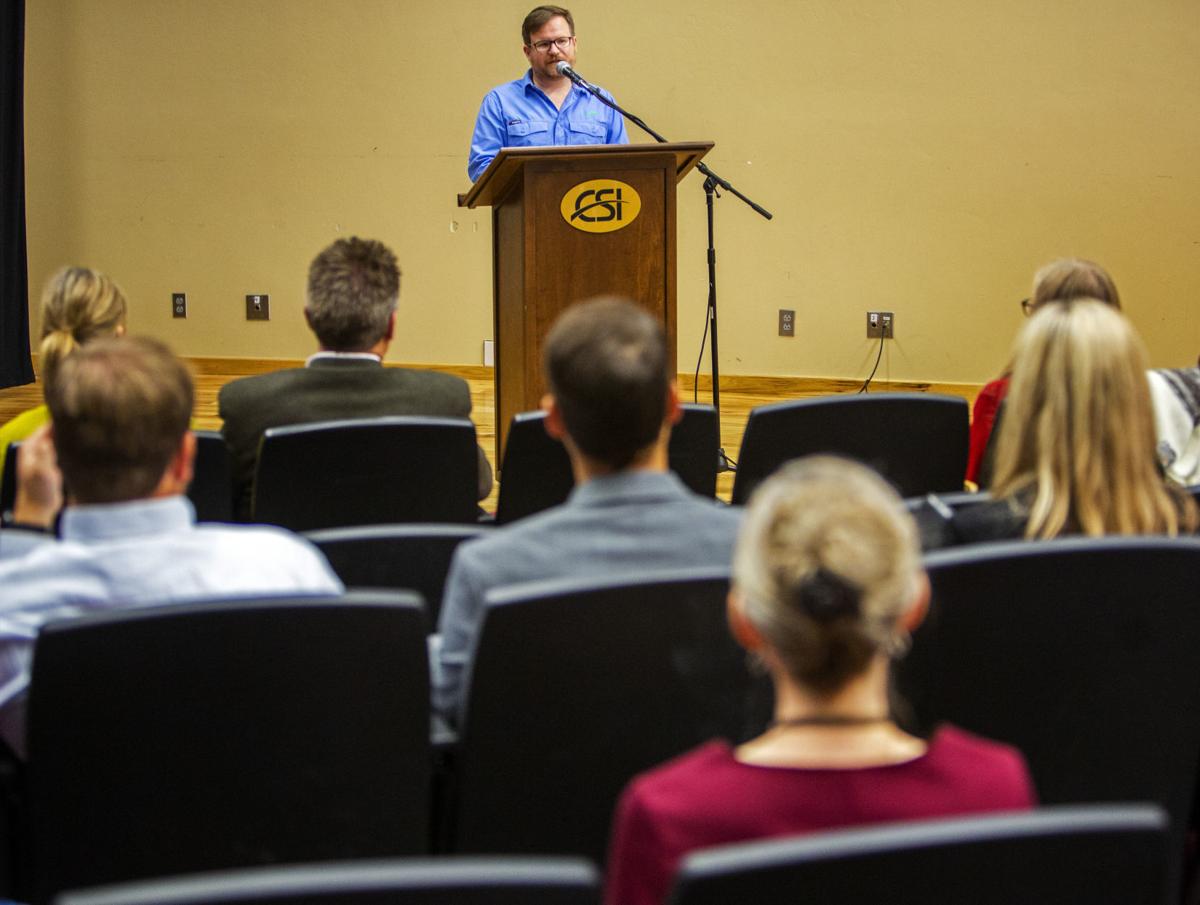 CEO James Cooper-Jones announces that his business, CropLogic, is opening a branch in Twin Falls at a press conference Friday at the College of Southern Idaho Fine Arts building in Twin Falls. 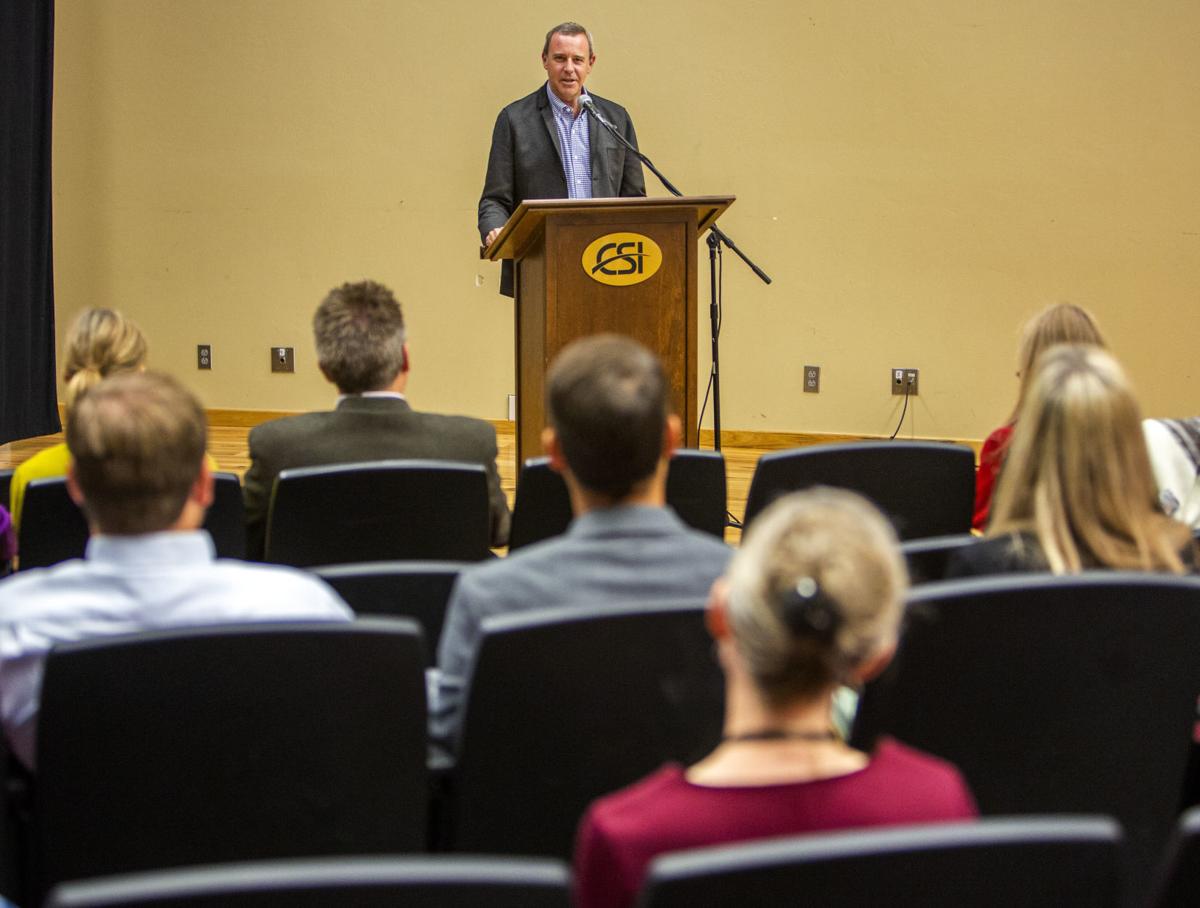 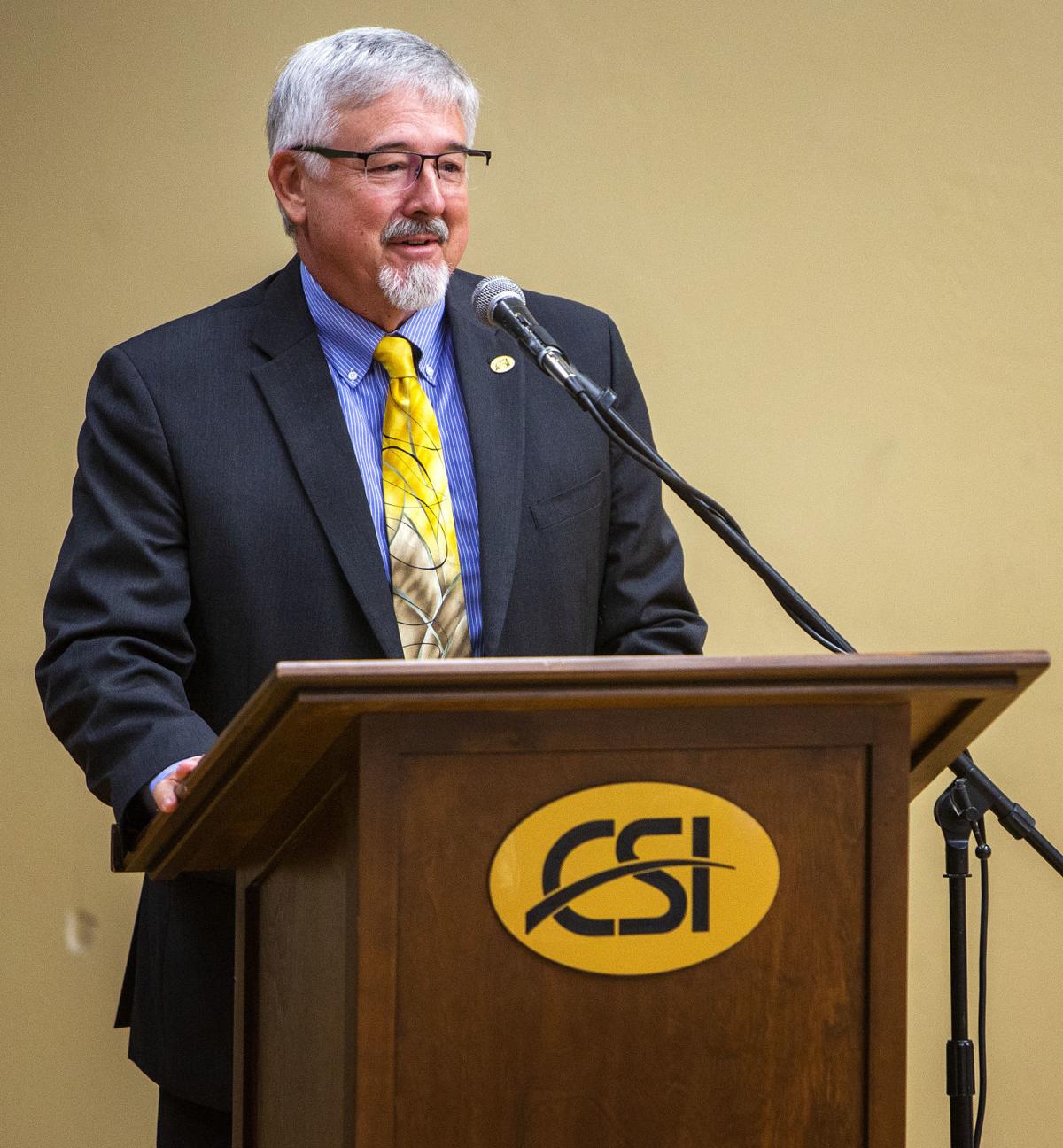 TWIN FALLS — A New Zealand ag-tech company will be opening a regional sales office and forming a research partnership with the College of Southern Idaho.

CSI and the Southern Idaho Economic Development Organization on Friday announced that CropLogic will have an office space at the college, where students will have opportunities to help develop technology for crop growers. The company has offices in New Zealand, Australia and the U.S.

“They will need students to be involved in fieldwork and research work,” CSI President Jeff Fox told the Times-News. “As an institution of higher education, our students need to see this is what education leads to.”

CropLogic is an international provider of digital agriculture technology and agronomy services for irrigated crop growers. Its remote soil moisture monitoring system can send real-time information to a smartphone or desktop application so growers can optimize yield, CEO James Cooper-Jones said. In Idaho, it will particularly help with potatoes and forage crops such as alfalfa and corn, he said.

The company also takes aerial infrared imagery that can detect crop stress even before it’s visible to the naked eye, Cooper-Jones said.

“We’re continually trying to bring cutting-edge agriculture technology to our growers,” he said.

CropLogic established an office in Pasco, Wash., last year and already has 524 sites in the Pacific Northwest using its technology — as much as 30 percent of the market share in some crops. The company looked at several cities in Idaho before landing on Twin Falls. Discussions had begun back in September.

“This has been a really quick project,” Mayor Shawn Barigar said. “I thank you for your investment and your commitment to this region.”

Cooper-Jones said the timing was ideal with getting established before the growing season begins next year.

CSI has not yet determined where CropLogic’s office will be on campus, Fox said. The company plans to hire three or four positions in the short-term and try to use local resources as much as possible.

“They can guide us a little bit as an industry in where we should be going with our instruction,” Pate said.

CropLogic is listed on the Australian Securities Exchange. It was formed in 2010. Its technologies have been developed with research institutes out of New Zealand and in collaboration with growers and agronomists in New Zealand, Australia and the U.S.A. Some of them draw on more than 30 years of research.

“It’s just a perfect fit for our economy to have the technology aspect of agriculture here,” SIEDO Executive Director Connie Stopher said.

In the past, CSI has partnered with other companies — such as Dell, Clif Bar and Chobani — for workforce development. Fox welcomed the opportunity for students at all levels to engage with CropLogic.

“It’s been a partnership for the future,” he said. “If we’re just happy with today, we’re losing ground. … We’re not standing still. We are leaping into the future.”

How to decide what kind of business to open

How to decide what kind of business to open

How to curb impulse buys and stick to your budget

How to curb impulse buys and stick to your budget

GLENNS FERRY — Hundreds of horse skulls line the shelves of the museum. Antiquated and cruel-looking dentistry tools from centuries past lie o…

TWIN FALLS — Idaho farmers and food processors are caught in the crossfire of a trade war between the U.S. and its major export partners.

‘We would do well': College of Southern Idaho officials react to new state funding model

TWIN FALLS — The College of Southern Idaho predicts it could receive $300,000 to $500,000 yearly under a new state funding formula that focuse…

Retail employment always gets a boost over the holidays, but not as much as it used to

TWIN FALLS — Despite unemployment around 2.3 percent, local retailers didn’t have too hard of a time finding people looking to line their pock…

Why is this grad student knocking the starch out of potatoes? So they can get infected, of course.

CEO James Cooper-Jones announces that his business, CropLogic, is opening a branch in Twin Falls at a press conference Friday at the College of Southern Idaho Fine Arts building in Twin Falls.