A $33 billion Pacific Northwest energy and infrastructure proposal would end litigation over endangered salmon and authorize the removal of four dams on the Snake River in Washington beginning in 2030. U.S. Rep. Mike Simpson of East Idaho released the plan after asking more than 300 groups what they would need if the dams came out.

Power marketed by the Bonneville Power Administration from the four controversial dams would be replaced. Shippers and farmers would get funds for alternatives to the barge shipping on the Snake and compensation for closed barge facilities. Lewiston in Idaho and the Tri-Cities in Washington would get billions for economic development.

Farmers across the Pacific Northwest, including those in Idaho’s Magic Valley, would get billions of dollars in incentives for water-quality projects. Farmers in Washington that now pump out of the reservoirs behind the Snake dams would get millions in compensation that they could use for altering their diversions.

The plan would be funded by a federal infrastructure bill.

“If we give the farmers, bargers, ports, the BPA and communities the necessary resources, each sector can develop a certainty and security putting the Northwest and Idaho salmon on a path to sustained viability,” Simpson said in a video news release released Saturday night.

Simpson says his “concept” would ban litigation over the four Columbia River dams for 35 years and increase salmon funding for states and tribes, which would co-manage salmon restoration.

The newly free-flowing river would be protected in a proposed Lower Snake River National Recreation Area.

Other dams, such as Idaho Power’s Hells Canyon Complex, would have their licenses extended for 35 years with a cap of 50 years. A $500 million fund would be set up to provide an incentive to voluntarily remove dams like these and other river structures.

Simpson said a bill crafted by the bipartisan Pacific Northwest congressional delegation and the governors of Oregon, Washington, Idaho and Montana could be incorporated into an infrastructure package proposed by President Joe Biden this year, when the delegation has the most clout because of its tenure and committee assignments.

The plan calls for removing the Ice Harbor, Little Goose, Lower Monumental and Lower Granite dams — all four of the dams between Lewiston and the confluence with the Columbia River near the Tri-Cities.

For Idahoans, Simpson’s proposal would improve the salmon fisheries and overall water quality, while working to keep power rates down. It also would boost the economies of rural communities along the Salmon River all the way to Stanley. But it would remove Lewiston’s port.

Idaho salmon runs have dwindled from the millions of wild fish to, in some years, only a few thousand. Fewer than 4,000 wild spring chinook returned to Idaho in 2019.

“I want to be clear that I’m not certain removing these dams will restore Idaho salmon and prevent their extinction,” Simpson said. “But I am certain if we do not take this course of action, we are condemning Idaho salmon to extinction.”

A 30-YEAR QUAGMIRE OVER SALMON, POWER

Snake River salmon and steelhead have been listed as threatened and endangered under the federal Endangered Species Act since the early 1990s. Eight dams on the Snake and Columbia rivers block their migration and kill more than half of the young salmon on the trip to the Pacific. The reductions have added to the plight of the endangered orca in the Puget Sound, which depend on Columbia and Snake salmon seasonally.

Three federal judges since 1994 have ordered the BPA, the Army Corps of Engineers and the Bureau of Reclamation to take increasingly stronger steps to reduce or offset the effects of the dams on salmon. The federal agencies issued a new plan in 2020 under court order that said removing the dams would be the best measure for saving the salmon, but they did not recommend removal.

In January, environmental groups, anglers, sporting businesses, several tribes and the state of Oregon once again sued, continuing the legal battle that has improved salmon migration but cost the region more than $17 billion and created uncertainty for many businesses.

Environmental groups would have to give up the tool that has given them the most leverage to force the region to try to save salmon: lawsuits alleging violations of federal environmental-protection laws. The groups are not happy about that, but are willing to give it a try.

“The dams aren’t going to come out without an agreement on certainty,” said David Moryc, associate director at American Rivers, a national group pushing for river restoration. “We’re committed to providing that kind of certainty to get this thing done.”

The details of the litigation moratorium will be critical, said Kurt Miller, executive director of Northwest River Partners, which represents electric utilities, shippers and others who have defended the dams. The moratorium would have to include not only the Endangered Species Act but also the Clean Water Act.

Overall, Miller said Simpson has listened to people’s concerns and recognized the value of the four dams.

“It’s a serious plan at a unique time and it deserves to be vetted and heard,” Miller said in an interview.

MAVERICK CONSERVATIVE WHO HAS PROTECTED NATURE BEFORE

Simpson is best known as the sponsor of the bill that protected three wilderness areas in the Boulder-White Clouds mountains of Central Idaho in 2015 with unanimous support in the House and Senate. He also was the chief sponsor in the House of the Great Outdoors Act, which authorized full funding for the Land and Water Conservation Act.

He was a supporter of former President Donald Trump and long a supporter of conservative causes from 2nd Amendment gun rights to opposition to Obamacare.

Simpson said in 2019 he was committed to saving Idaho’s endangered chinook and sockeye salmon and steelhead. At an Andrus Center for Public Policy conference at Boise State University, he urged opponents to begin asking “what if” the four dams were removed. Since then, he and his staff have talked with utility executives, farmers, shippers, tribal leaders and state officials, listening to what they said they would need to remain whole if the four dams were breached.

He also talked with federal, state and tribal scientists, environmental groups and angling groups who said the other major problems facing the salmon — cyclical poor ocean conditions and warming rivers because of climate change — could not be reversed easily.

The four senators representing Oregon and Washington released a statement Saturday night emphasizing how many interests must be considered in a dam-breaching proposal.

“All communities in the Columbia River Basin and beyond should be heard in efforts to recover the Northwest’s iconic salmon runs while ensuring economic vitality of the region,” read the statement from U.S. Sens. Ron Wyden (D-Ore.), Maria Cantwell (D-Wash.), Patty Murray (D-Wash.), and Jeff Merkley (D-Ore.). “Any process needs to balance the needs of communities in the Columbia River Basin, be transparent, be driven by stakeholders, and follow the science.”

COLUMBIA RIVER FUND WOULD PAY FOR IT ALL

Simpson’s plan would have Congress establish a Columbia Basin Fund of $33 billion, funded by the infrastructure bill. The Department of Energy would administer the fund from a headquarters at the Pacific Northwest National Laboratory in the Tri-Cities.

BPA, the agency that markets the power from 31 federal dams in the Columbia Basin, would continue to manage the regional grid with advice from the Northwest Power Planning and Conservation Council, appointed by the four governors. Responsibility for fish management would go to a Northwest State and Tribal Fish and Wildlife Council. Tribes and the states of Idaho, Oregon, Washington and Montana would become primary Northwest fish co-managers.

A new Snake River Center for Advanced Energy Storage would be established at the Pacific Northwest National Laboratory in Tri-Cities and in the Lewiston-Clarkston area, with cooperation from the region’s universities. Lewiston/Clarkston would get $150 million for rehabilitating waterfronts, another $25 million in an economic development fund and $50 million for tourism promotion.

But Lewiston/Clarkston would lose its barging connection to the Pacific Ocean, 700 miles away.

The paper mill in Lewiston would get funding to extend its water pipes into the Clearwater River, and for facilities to reduce its odor. Lewiston/Clarkston and the Tri-Cities would get funds to pay for new infrastructure.

The Tri-Cities would get $600 million to build an intermodal transportation hub and $75 million for tourism development.

The fund would also pay for major water-quality work across the four states. That would include $1.6 billion for agricultural waste management and $3 billion for watershed partnerships in all four states.

The fund would include $10 billion to replace the power generated by the four dams. Simpson said that could include a mix of solar, wind, nuclear, batteries and managed demand.

BPA would get an additional $4 billion to replace the energy lost from increased spilling of water over the remaining four dams on the Columbia. Spilling water over the dams, away from the power turbines, improves salmon migration.

Another $2 billion would go into grid upgrades that would make the region’s aging transmission system more resilient and efficient.

Simpson’s plan would also raise the cap for BPA to borrow from the federal treasury.

“We can create a Northwest solution that ends the salmon wars and puts the Northwest and our energy systems on a certain and secure and viable path for decades, and restore Idaho salmon,” Simpson said.

THE IMPACT ON AMERICAN INDIAN TRIBES

No group has suffered more than the region’s American Indian tribes from the loss of salmon runs in the Columbia and Snake rivers, which once returned 8 million to 16 million salmon and steelhead annually. Federal courts have recognized their treaty rights to fish for salmon and other species like lamprey and sturgeon.

“We must also not forget the Columbia Basin tribes,” Simpson said. “Their culture and heritage revolved around the returning salmon. We must make these tribes equal partners in the solution, and going forward they must be equal partners in salmon restoration.”

It also would fund $500 million to restore salmon runs above dams like Hells Canyon and Grand Coulee, which would not be protected under the Endangered Species Act.

Shifting responsibility for fish and wildlife funding to the state and tribal councils furthers the co-management role the sovereigns already have on harvest and other issues, said Shannon Wheeler, chairman of the Nez Perce Tribe Executive Council.

The salmon connect the land with the ocean, and their absence has left a void in the landscape and the lives of the Nez Perce, he said.

“Without salmon, you are looking at the Mona Lisa without her smile,” Wheeler said.

Simpson’s collaborative efforts with groups across the region have opened new conversations between tribes, federal officials, farmers, businesses and communities.

“There is potential for a lot of healing with this legislation,” Wheeler said.

PennyWise Episode 5: How to Prioritize Your Debt Payments

PennyWise Episode 5: How to Prioritize Your Debt Payments

Opinion: We Idahoans — outfitters and guides, farmers, water users and utilities — can do this together.

Opinion: Simpson’s proposal makes sure that Idaho communities and businesses will benefit, from Lewiston to Twin Falls, up the Salmon River, and even Idaho Power and electric co-op customers. 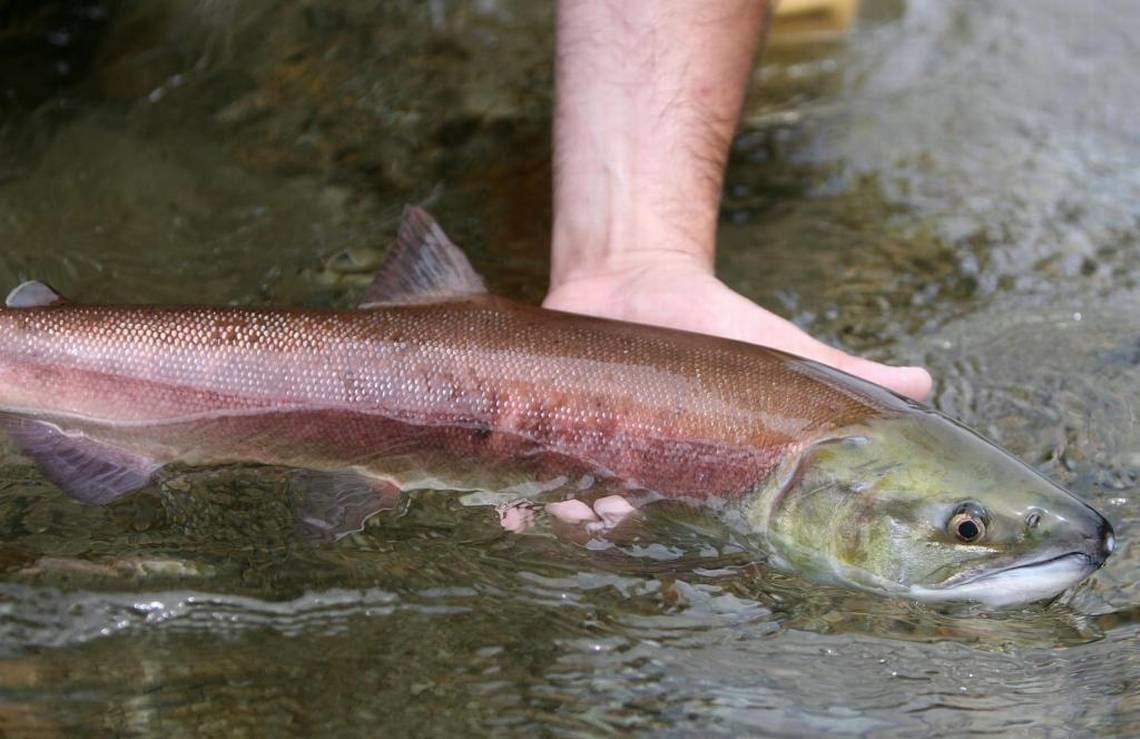 A Snake River sockeye salmon after its long migration back from the Pacific Ocean to Redfish Lake Creek in Idaho. 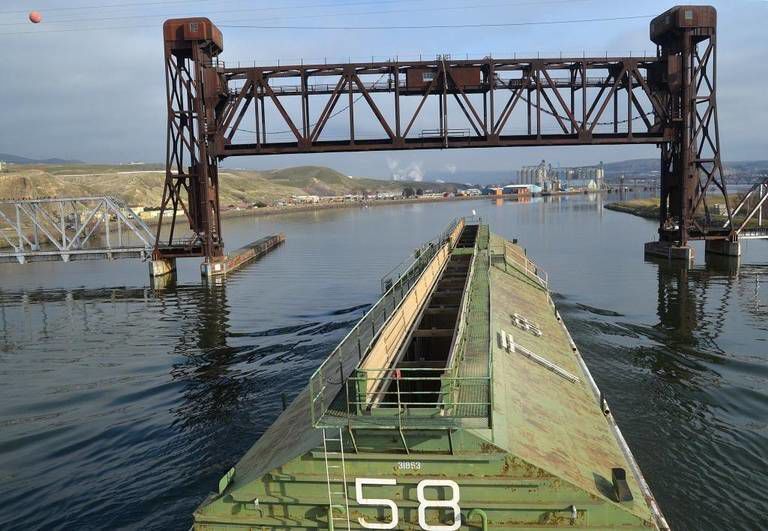 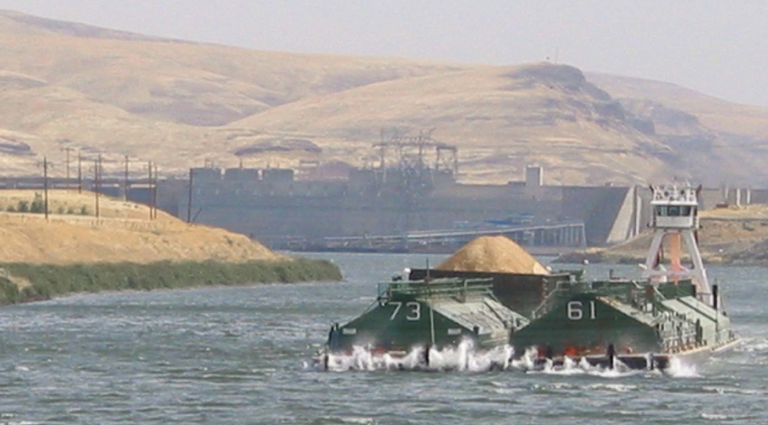 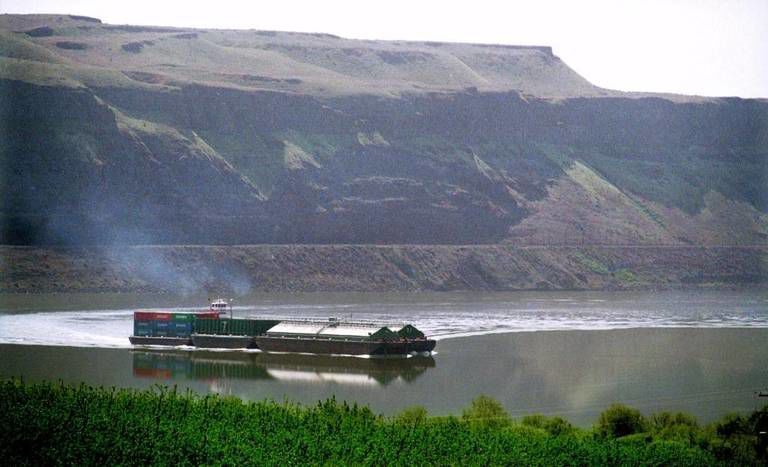 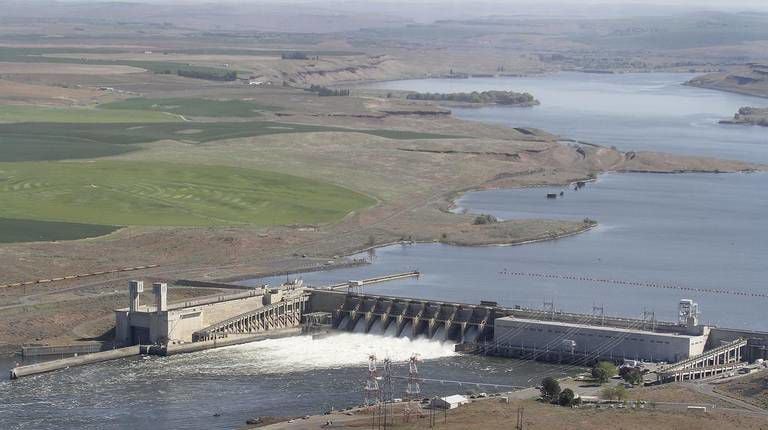 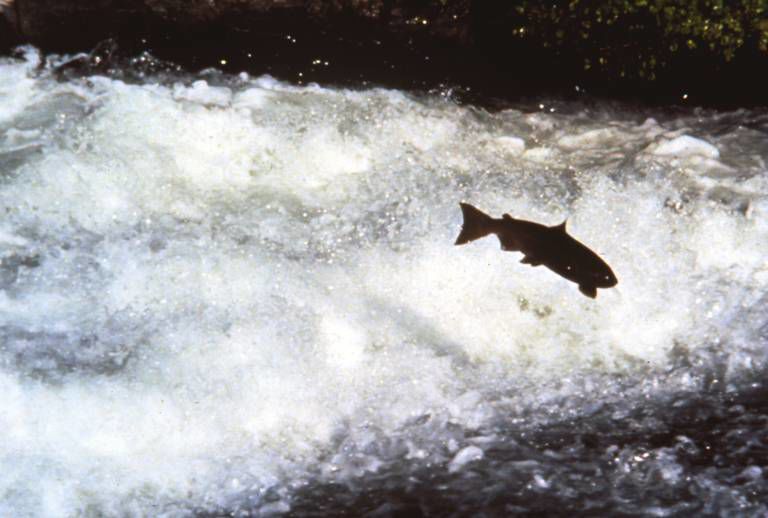 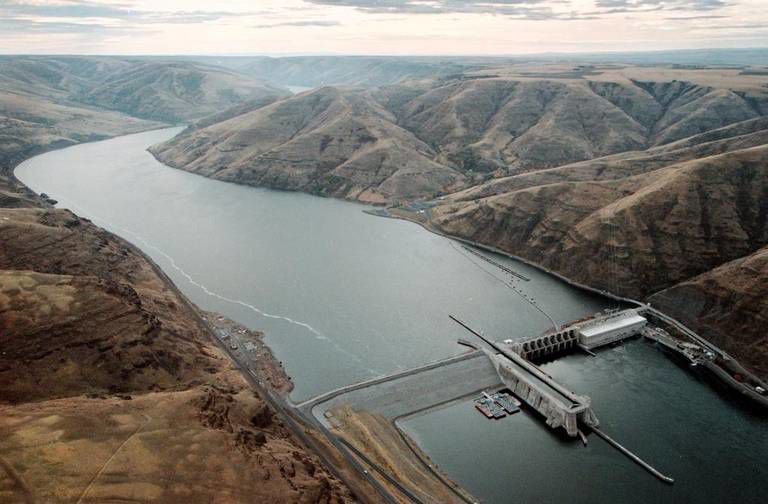