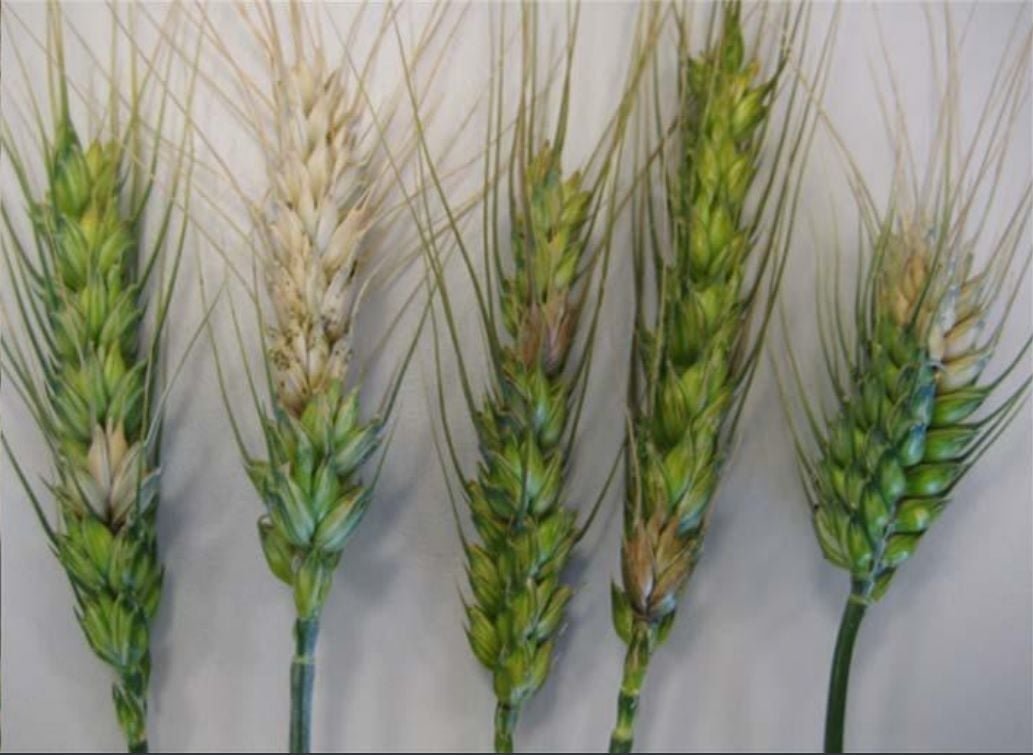 Signs of fusarium head blight, or head scab, are seen in this photo. Deoxynivalenol, a mycotoxin produced by some Fusarium species, can upset the digestive systems of animals and humans who consume the infected grain, hence its other name — vomitoxin. 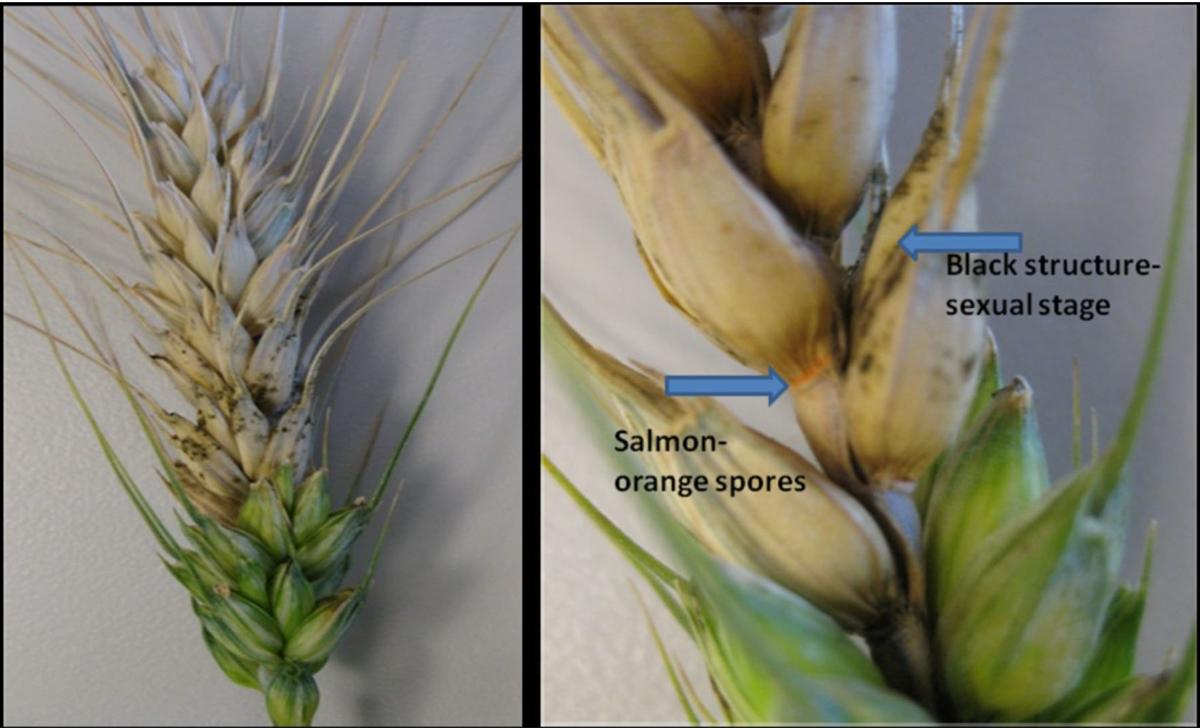 BURLEY — If grain growers knew in January what July’s weather would be, making planting decisions would be easier.

Grain diseases such as stripe rust and fusarium head blight are largely dependent on environmental conditions at critical growth stages. Warmer summer temperatures may help growers dodge one disease problem only to find another has infected their fields.

“This is a finicky fungus. That’s why it is so hard to predict when it will be a problem,” Marshall said during the University of Idaho cereal school. The UI cereal pathologist is hopeful that the above normal temperatures in January and early February are not indicative of what’s to come this summer.

As of mid-March, the three-month climate outlook was calling for a 30 percent chance of above normal temperatures and below normal precipitation across southern Idaho during April, May and June. These trends strengthen looking into July and August.

“High temperature years are the worst,” she said. Rainfall at heading is predictive of the disease but center pivots can also create the perfect humidity for disease development.

Fusarium head blight is caused by Fusarium graminearum, which also produces mycotoxins that can cause vomiting in both humans and livestock. Corn is a host for the disease and as corn acres have increased in southern Idaho so has the potential for the disease. Surprisingly eastern Idaho has seen more head blight than the Magic Valley.

Unlike some fungal disease, fusarium does not kill the entire plant. Stems remain green. Often only part of the head is affected. Marshall recommends looking for “tombstone” or shrunken kernels, the kernels that want to blow out of the back of the combine. Those often have the highest concentrations of the mycotoxins.

A quick way to determine if heads are infected is to clip heads off and put them in a ziplock plastic bag. Almost overnight, the fusarium will begin growing and will turn a pinkish color, Marshall said.

Areas where grain is lodged have the highest potential for head blight to develop because the kernels are closer to the ground where the fungus can overwinter on crop residue and also because humidity is closer to the ground. Marshall suggests not harvesting large patches of lodged grain.

She has long recommended planting head blight resistant varieties but that did not protect wheat growers last year. Even though fields did not show much disease presence, the grain tested high for DON (mycotoxin) levels even in resistant varieties. Klasic, a hard white spring wheat, also showed very little disease presence but had DON levels of 3 parts per million, well above the 1 ppm threshold for human consumption.

For the 2018 growing season, Marshall recommends starting by planting varieties that are resistant to stripe rust first and fusarium head blight second. Stripe rust is a yield robber even in years when the disease does not arrive in southern Idaho until late, Marshall said.

Crop rotation is key to reducing potential head blight problems. Do not plant small grains after corn. “This can be easy to say, harder to do,” Marshall admitted. If a field is infected with head blight, plow down the crop residue to bury the fungus.

Whether there is corn in the rotation or not, growers must apply fungicide at flowering to control head blight.

“It is better to be later than early with a fungicide,” she said. Triazoles are required to control head blight, but even the best are only provide about 52 percent control based on national data.

This is simply not true, Marshall said. Research trials have shown that head blight severity is as high in the flag leaf application plots as the untreated checks and no increase in yield. If a grower is financially able, applying a fungicide at flag leaf to control stripe rust and again at flowering to control head blight is an option. But given wheat prices, if a grower can make one fungicide application do it at flowering to control head blight.

“This is a finicky fungus. That’s why it is so hard to predict when it will be a problem.” Juliet Marshall, University of Idaho cereal pathologist

“This is a finicky fungus. That’s why it is so hard to predict when it will be a problem.” Juliet Marshall, University of Idaho cereal pathologist

“This is a finicky fungus. That’s why it is so hard to predict when it will be a problem.”

At least 44 workers at Ida-Beef, a large slaughterhouse and meatpacking facility in Burley, have tested positive for coronavirus as of Tuesday.

Ag dept.: No, there are no ‘murder hornets’ in Idaho — yet. Here’s what to do if you see one

No Asian giant hornets — nicknamed “murder hornets” by a terrified internet — have been spotted in Idaho yet, according to the Idaho State Department of Agriculture.

Cherry industry officials in Oregon and Washington state estimate a tree infection has substantially depleted the fruit for this year’s harvest.

Signs of fusarium head blight, or head scab, are seen in this photo. Deoxynivalenol, a mycotoxin produced by some Fusarium species, can upset the digestive systems of animals and humans who consume the infected grain, hence its other name — vomitoxin.