Meat Loaf, 'Bat Out of Hell' rock superstar, dies at 74

JEROME — When a group of dairy families opened Idaho Milk Products a decade ago, the company faced a murky future at best. The $80 million facility began churning out cream and protein during a recession, at a time of painfully low milk prices.

“These dairy families risked everything,” Idaho Dairymen’s Association CEO Rick Naerebout said. “They rolled the dice, put everything on the line that their families had built for generations.”

Ten years and a $30 million plant expansion later, it looks like the gamble is paying off.

“No one ever wants to be arrogant or overconfident,” Idaho Milk Products CEO Daragh Maccabee said. “But we have, generally speaking, over the last while, had more demand than capacity to produce.”

Idaho Milk Products celebrated the expansion Friday. The company has increased its processing capacity by roughly a third, from 3.4 million pounds of milk per day to 4.4 million. In cow terms that’s a leap from 50,000 cows to 65,000 cows milked daily. The facility now has more warehouse space, a research and development lab, new collaboration rooms and greater packaging capabilities.

The expansion also has economic ramifications for Jerome and the Magic Valley. In 2009, the company had about 70 employees. The business has hired 40 new workers in the last year and now employees about 190 people.

Behind the scenes ingredients

Idaho Milk Products sells essentially three different kinds of dairy: cream, milk protein concentrate and milk permeate. Cream is shipped off to relatively nearby buyers and can end up as butter or ice cream. Milk protein concentrate, sold as a powder, mostly goes into protein bars or shakes. A wide variety of foods have permeate in them — permeate is often added to plain milk.

Speed is one of the keys to producing high-quality cream and powders. Maccabee said that cream leaves the plant within 24 hours of having left the cow and the company makes and packages protein powder just as quickly.

“This is a major player in the protein market in the world,” Jerome Mayor Dave Davis said.

Jerome City Administrator Mike Williams said that companies like Idaho Milk Products provide jobs and give local youth opportunities to stay in the Magic Valley. He also noted that the company helps support Jerome financially through taxes, explaining that Idaho Milk Products’ facility has a taxable value higher than $100 million.

Milk production cycles between gluts and shortages. Right now, Magic Valley dairy farmers are hurting due to a milk glut, where oversupply is dampening profits. More processing capacity would be a boon for farmers.

Processing capacity appears to be ramping up, but slowly. Expansions like Idaho Milk Products’ play a part in addressing the overproduction problem, but because of the company’s business model, the impact is indirect.

The company is owned by two dairy families, Bettencourt Dairies and Big Sky Dairy. That means that Idaho Milk Products dairies are a bit more insulated from fluctuating milk prices than other producers, and the expansion doesn’t doesn’t necessarily mean much for dairy barns that don’t fall under the Bettencourt and Big Sky umbrellas.

While Idaho Milk Products was a risky venture when it launched, it has real benefits for the farmers now the business is proven and successful.

Naerebout said that any increase in dairy processing power is welcome, but one expansion doesn’t solve the milk glut problem.

According to a recent U.S. Department of Agriculture report, Idaho milk production has increased 3% in the past year.

While the glut is a concern, there are positive signs. This year has brought better milk prices, which is helpful for an industry with notoriously tight margins.

In August, milk sold at $17.60 per hundredweight according to the U.S. Department of Agriculture. That’s up almost $2 since January, and up about $2.50 from September 2018. When Idaho Milk Products launched a decade ago milk was selling at a painfully low $9 per hundredweight.

Naerebout said those price increases aren’t due to growing demand for dairy.

“It’s more a supply-side correction than a demand-side increase,” he said.

For instance, if a customer wants to develop a new type of protein drink, but doesn’t have the tools to test mouth feels and consistencies, Idaho Milk Products can play around with products in house and determine the right variation or type of protein. A host of new equipment will give the company the ability to run products through a gauntlet of shelf life and taste tests.

He also sees a promising future for the Idaho dairy industry. He said the Gem State’s dairies appear to be more sustainable than those in California or Wisconsin, the top two dairy producers.

Idaho Milk Products plans on long-term success. Maccabee said the company wants to bring value to milk for generations, and that value will benefit the Magic Valley — Idaho Milk Products’ supply comes from 45 miles away or less.

“It’s great to have reached this milestone,” Maccabee said. “We want to become a truly world class organization.”

Chobani cut the ribbon Monday on it's $21 million Innovation and Community building in Twin Falls.

Hagerman ag and food science class the first of its kind

Hagerman High School has started an ag and food science class that could be a trendsetter.

Taiwan agrees to buy $576M of wheat from Idaho

It's bean around the block: A Twin Falls family has used the same bean combine for 67 years

TWIN FALLS — He remembers the day he first laid eyes on the combine.

The Magic Valley's coldest business can hold a lot of frozen fries.

Milk and cookies (but not for Santa): New Chobani flavor to help farmers

Chobani is launching a new limited-edition charity yogurt flavor in an effort to provide some farmers with a bit of relief from low milk prices.

Chobani is unveiling more than two dozen new products Monday, including many made from oats instead of dairy.

Face your financial anxiety by reframing your relationship to money 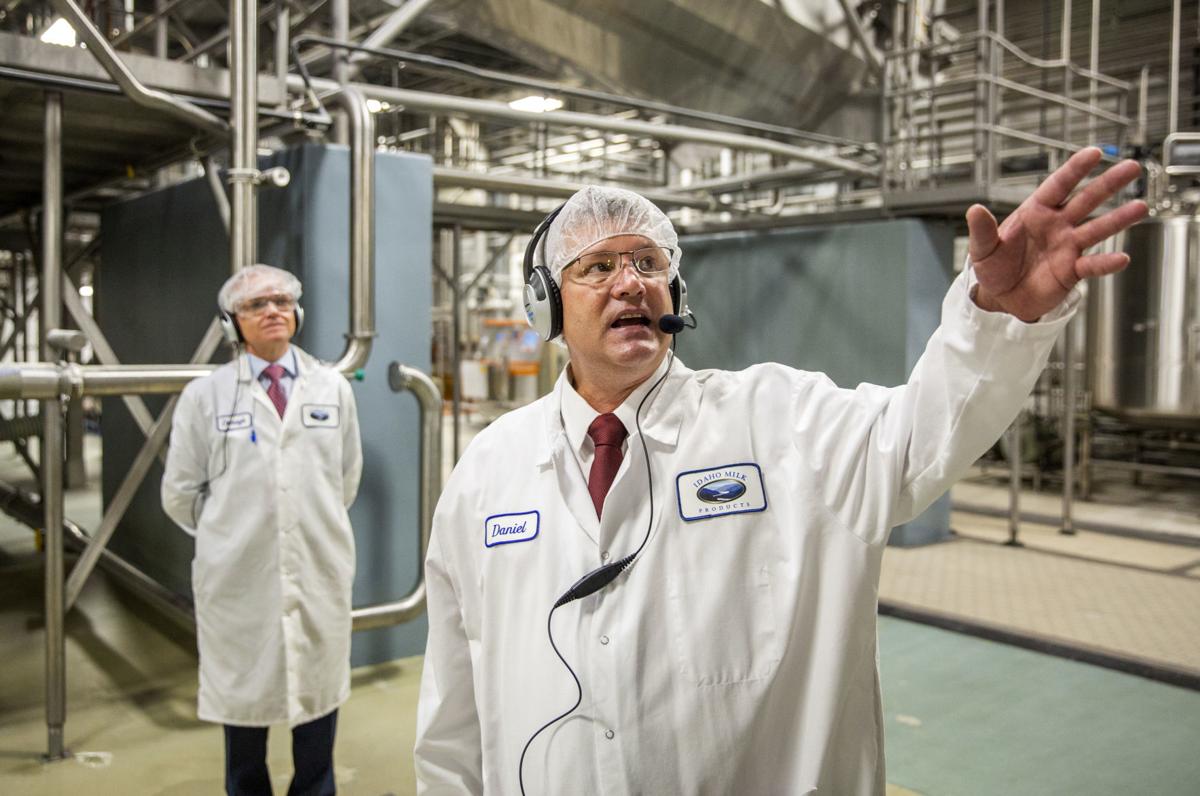 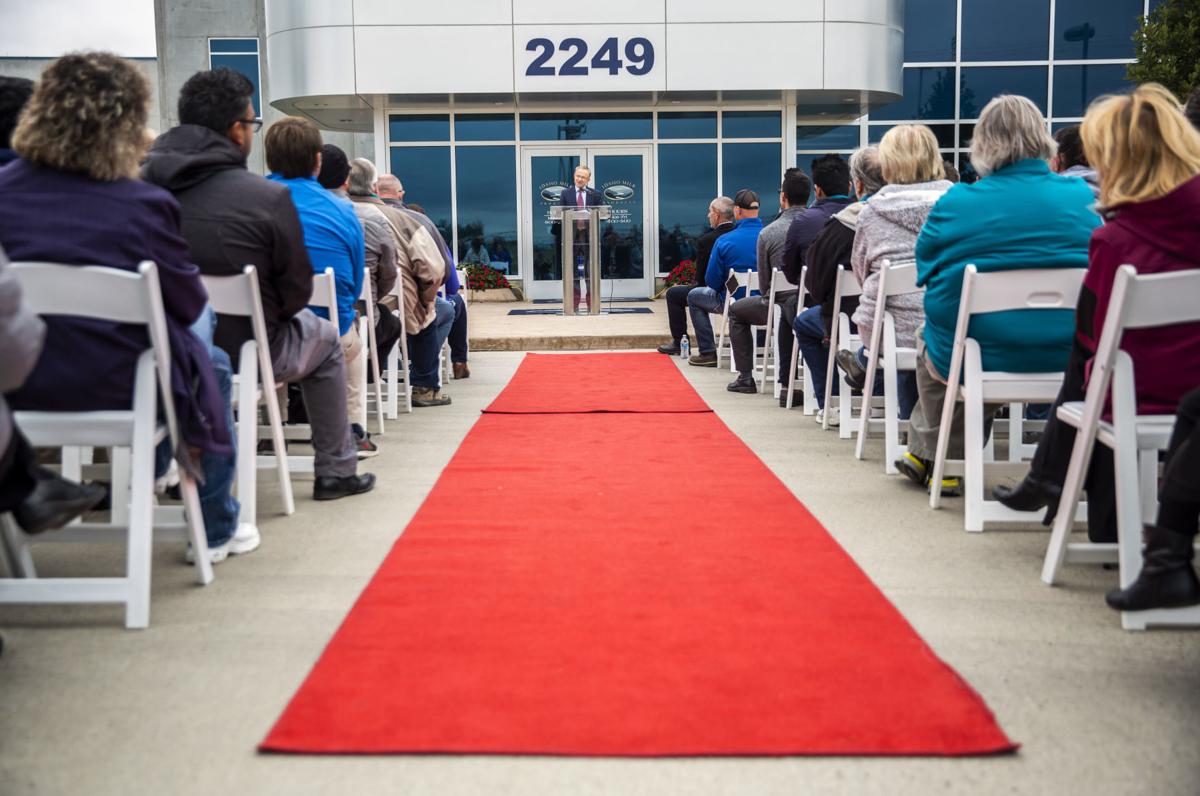 Idaho Milk Products CEO Daragh Maccabee addresses the crowd Friday during a ribbon cutting ceremony. The company has spent $30 million to expand its milk processing capacity by a third. 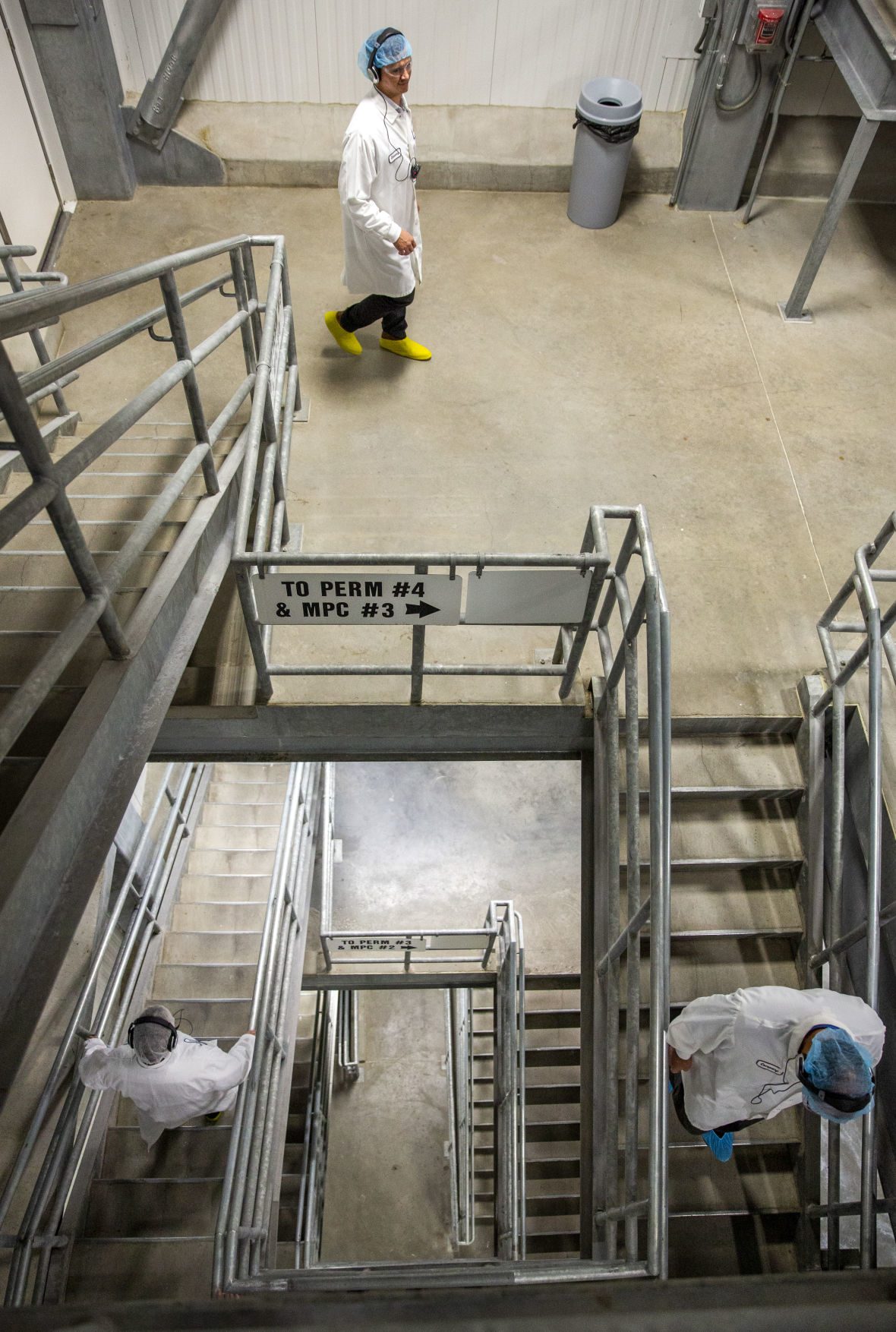