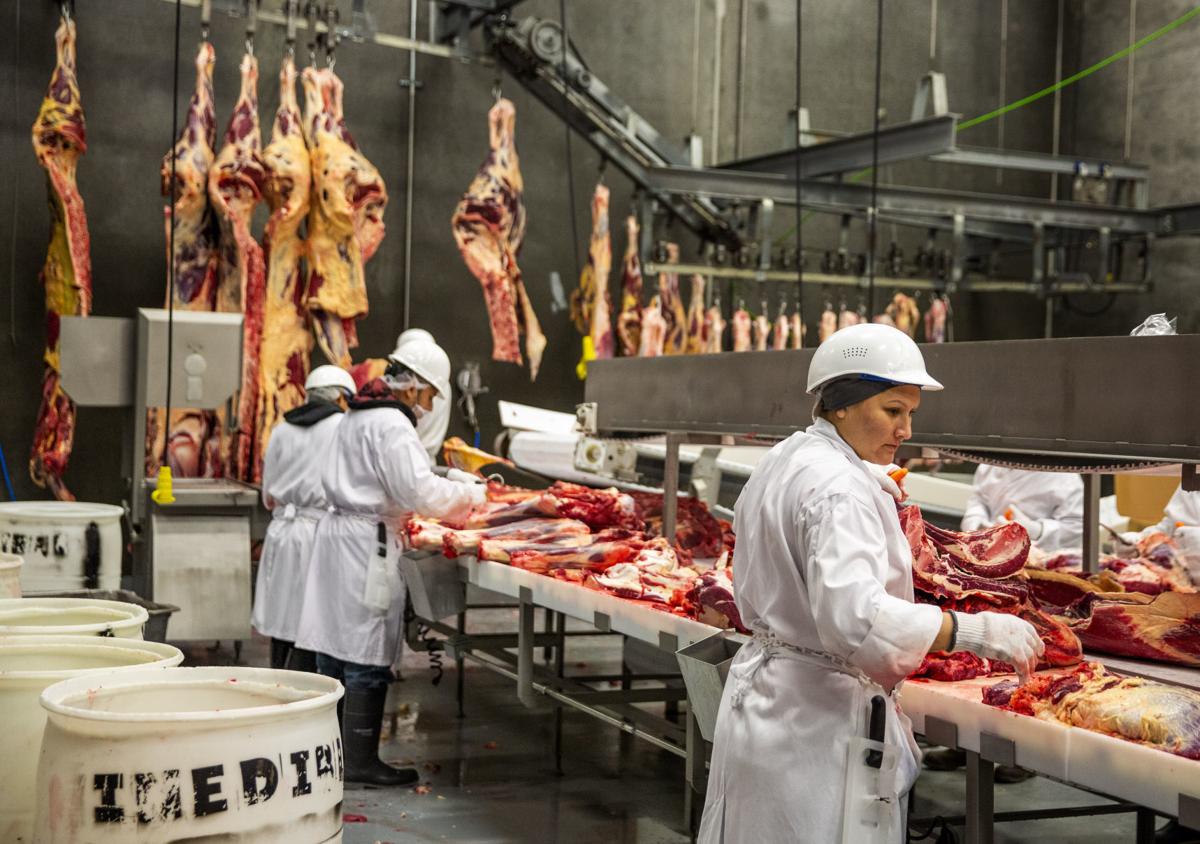 Employees remove bones as they butcher cows in May 2018 at Ida-Beef's slaughter and processing plant near Burley. 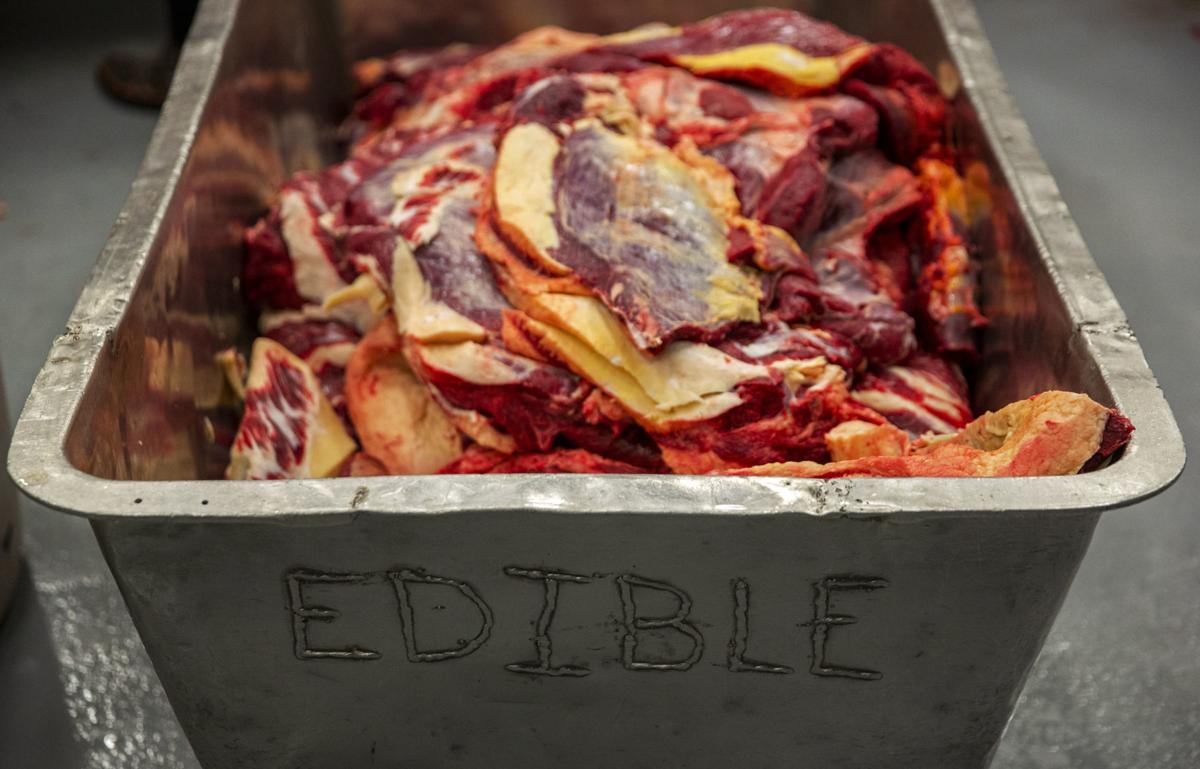 A tub of edible meat scraps sits full at Ida-Beef's slaughter and processing plant near Burley.

The suspension in abeyance is similar to a probationary period that allows the business to continue operations while USDA personnel evaluate the corrective measures Ida-Beef has taken to prevent future botched slaughters.

Ida-Beef’s suspension of operations lasted from May 29 to May 30. The inspection service handed down the suspension May 29, after an Ida-Beef worker failed to slaughter a cow on the first attempt. After the initial strike, the cow began to crawl away when the operator reloaded the stun gun and rendered the animal unconscious.

The USDA suspends slaughterhouses by withdrawing its inspectors.

“Facilities are not eligible to slaughter unless FSIS personnel are present,” a USDA spokesman explained.

Ida-Beef was required to present the agency with a plan for avoiding similar incidents in the future. Upon receiving and reviewing the slaughterhouse’s plan, the inspection service held their suspension in abeyance May 30.

Offenses and subsequent suspensions are “sporadic,” the spokesman said.

Colin Henstock, an investigations specialist with People for the Ethical Treatment of Animals, said it’s rare for the USDA to suspend a slaughterhouse’s operations for long periods of time.

“Typically (the USDA) won’t do anything beyond (a suspension) in terms of addressing the actual animal cruelty,” Henstock said.

Slaughterhouses rarely get shut down.

“You do see some slaughterhouses have violation after violation,” Henstock said. “There can be more serious consequences, but unfortunately it’s pretty apparent that this regulatory action alone doesn’t ensure that violations like this ... are actually going to stop as a result of these suspensions.”

Henstock said that he would like to see local authorities charge Ida-Beef.

The Cassia County Prosecutor’s Office said it cannot comment on the incident because it is under investigation by the county sheriff’s office.

“The regulations are fair,” Gilger said.

John Nalivka, a beef industry analyst and president of Sterling Marketing, said that slaughterhouses are well aware of the seriousness of botched slaughters. Nalivka also said that USDA regulations aren’t overly burdensome but noted that most operations police themselves in addition to USDA oversight.

“They don’t need an inspector to say that you shouldn’t do this,” he said. “It’s their own corporate or company oversight as well.”

Public perception of slaughterhouses has changed significantly in recent years.

“The public is just more aware,” Nalivka said. “They don’t like it (mishandled slaughters), and why should they like it?”

“Just because they’re not companion animals doesn’t mean that they’re not just as capable of feeling fear and pain,” Henstock said. “They’re just as deserving of legal protections for egregious abuse like this.”

“It seems to me that after three or four times having the problem, the problem has to be addressed.”

BURLEY — Embattled beef processor Ida-Beef has again botched a slaughter, according to a U.S. Department of Agriculture report.

BURLEY — Every day, Idaho dairymen evaluate their herds to decide who stays and who goes.

Two inhumane-treatment violations at an Idaho slaughterhouse are drawing national attention, with PETA calling for a federal investigation.

Employees remove bones as they butcher cows in May 2018 at Ida-Beef's slaughter and processing plant near Burley.

A tub of edible meat scraps sits full at Ida-Beef's slaughter and processing plant near Burley.