Good grain crop, not so good prices
0 comments
Share this
{{featured_button_text}}
1 of 2 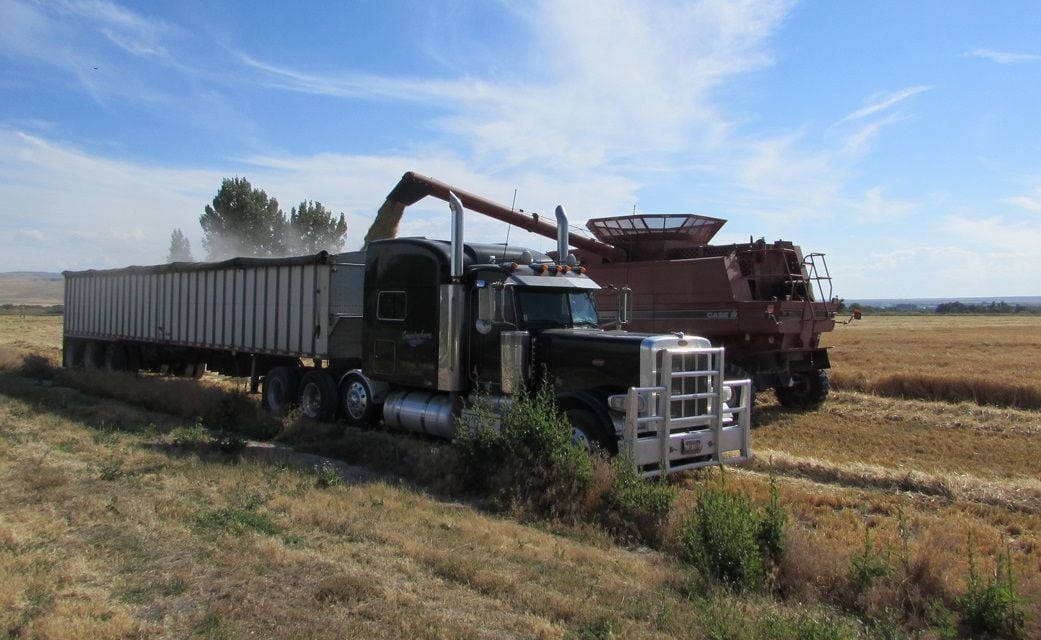 Winter wheat flows from the hopper on a combine into a tractor-trailer in a field south of Hansen. 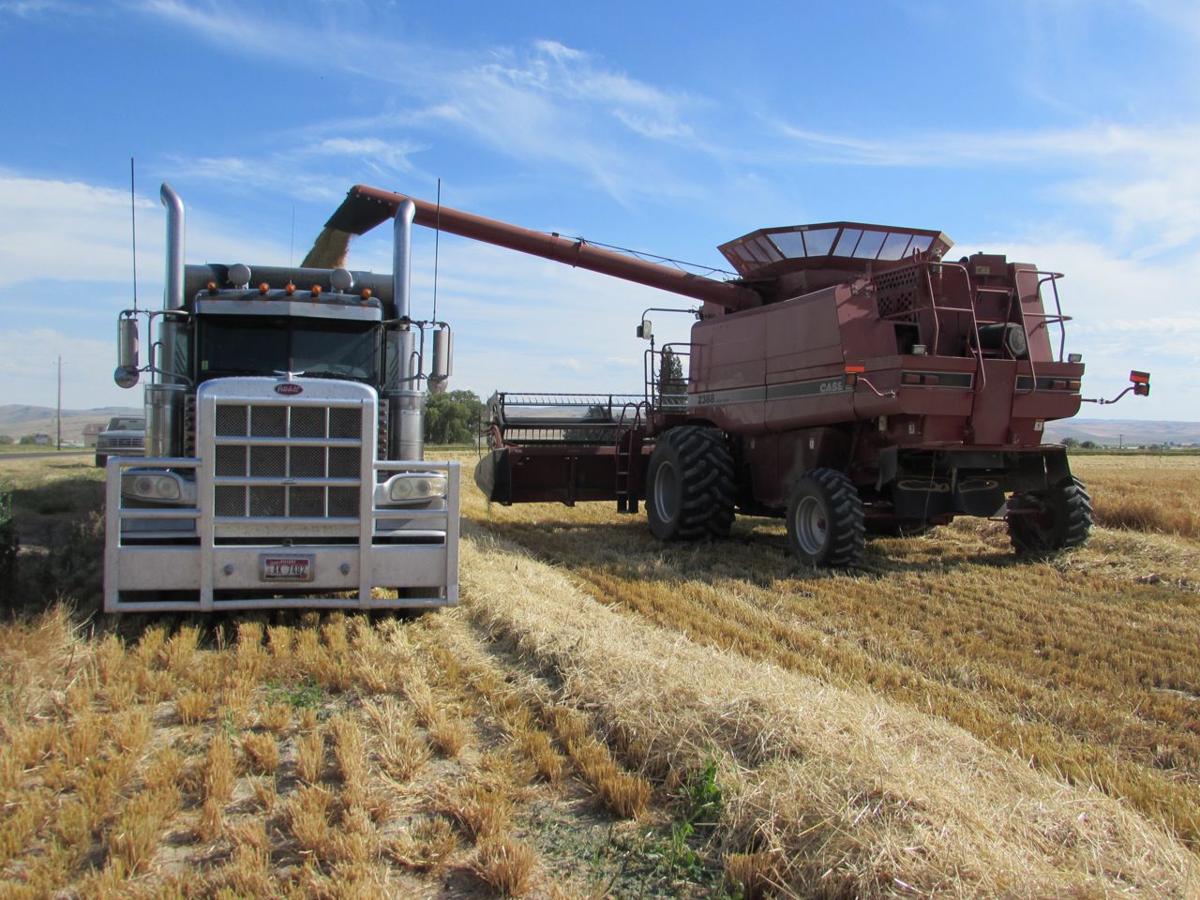 A combine fills a tractor-trailer with winter wheat in 2016 south of Hansen.

CINDY SNYDER For the Times-News

TWIN FALLS — This has been a nearly perfect year for raising grasses and that’s paying off for growers as they harvest small grains across the state.

Stripe rust was a major concern earlier this year when environmental conditions were nearly perfect for the fungus to develop. But many growers who had planted susceptible varieties utilized fungicides to help protect yields.

Barley yellow dwarf virus and barley yellow streak mosaic virus were also disease concerns early in the season. Some of the most heavily infected fields were plowed down. Marshall hasn’t heard any yield reports from the fields that were lightly infected. “There’s just not enough spring grain in (in our area) to have a good feel for it,” she added. “But I’m pretty optimistic so far.”

Douglas Finkelnburg, UI Extension educator in Nez Perce County, has spoken to growers who have fantastic winter wheat yields but the grain is rejected at the elevator because of low falling numbers. No one is yet sure what has caused the problem nor how wide spread it is. But some suspect temperature-induced shock may be at fault. Widely swinging temperatures within a critical time period near flowering can cause late maturity amylase.

That’s a frustrating end to a season where growers finally had enough precipitation during the growing season to actually get a good crop after several years of drought. A mild winter and early spring allowed the crop to break dormancy early.

Compounding the quality issue is that wheat prices are at the lowest levels in recent memory.

Growers in northern Idaho are about halfway done with winter wheat harvest. He expects grain harvest to be complete by the end of August, about a week to 10 days ahead of usual. That’s similar to the pace in southern Idaho.

Rick Pearson, who grows winter wheat in the Buhl area, concurs with that assessment. Yields in western Twin Falls County seemed to be a little above average, he said, but the quality was really good. Test weights, in particular, were good for both wheat and barley.

Larry Meyer has finished harvesting his malt barley near Filer.

“Yields were good and the quality was good,” he said. “Everybody was happy with it.”

“Growers will never make less money from yields this good.”

Get your head in the Christmas shopping game early

Get your head in the Christmas shopping game early

TWIN FALLS — Driving a combine across a winter wheat field this summer has been likened to riding a bucking bronco.

Winter wheat flows from the hopper on a combine into a tractor-trailer in a field south of Hansen.

A combine fills a tractor-trailer with winter wheat in 2016 south of Hansen.