A few Idahoans still have milk delivered to their home. 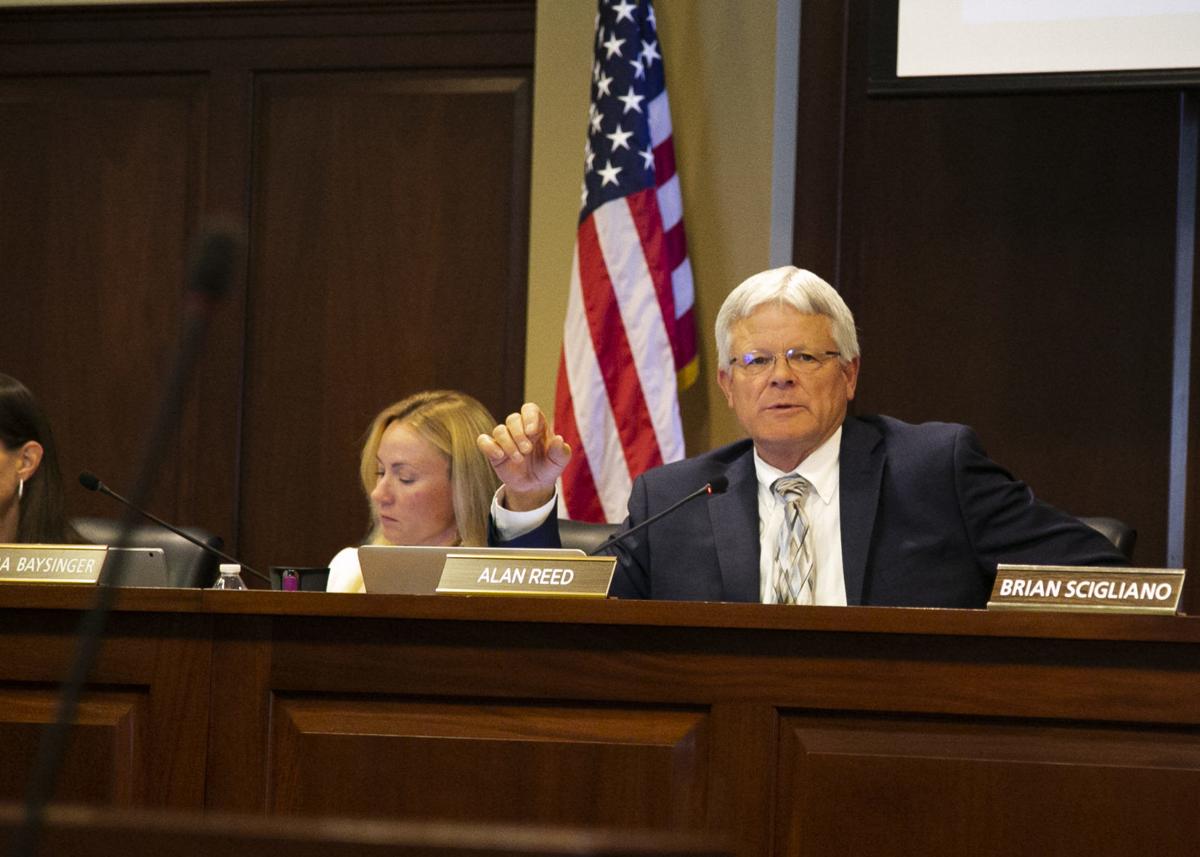 BOISE — A creamy-white truck with black cow spots weaves through a west Boise neighborhood on a Wednesday night. Kris Wilson drives cautiously — there’s fragile cargo on board — but not too slowly. He has 100 deliveries to make in the next six hours.

The truck halts outside a house for the first delivery of the night.

Inside, someone knows: The milkman is here.

Two gallons of milk is the order — Wilson already knows that. Most orders are the same every week.

“Sometimes they add something, and try to throw you for a loop,” says Wilson, a Meridian resident.

Wearing a hooded sweatshirt, beanie and dark pants, the 35-year-old collects the order from the back of the truck and approaches the house shortly after 9 p.m. Without a word or a knock, he drops the jugs near the front door. On most deliveries, he’ll put the milk in a box, but there isn’t one at this house.

“She’s one of my usuals that comes out,” he says.

Almost on cue, a woman opens the front door and picks up her milk.

“Thank you,” she says to Wilson.

“Have a good one,” he replies, and it’s off to the next delivery.

Wilson said when he tells people he’s a milkman they often are surprised. “Huh? Are you serious? They still do that?” they ask.

“Yes, they do, and it’s quite fun,” Wilson said. “It’s just like the 1950s all over again. The only difference is, we don’t wear the all-white jumpsuits and the bow tie.”

Wilson works for Reed’s Dairy, a 68-year-old, family-owned business based in Idaho Falls. Reed’s has been delivering milk in eastern Idaho since 1962 — when jumpsuits and bow ties were still in vogue — but its delivery service didn’t expand to western Idaho until about 2013.

Boise Milk delivered Reed’s products to Treasure Valley homes until 2016, when Reed’s bought Boise Milk and hired its own drivers, including Wilson. Today, four Reed’s drivers deliver milk and other groceries to 1,800 customers in the valley from Boise to Emmett. And almost all of those customers place weekly orders, according to Reed’s Dairy co-owner Alan Reed, a second-generation Reed now running the business that was started by his father and two uncles.

The dairy has 185 Hoisteins cows, which provide milk for the delivery service in eastern and western Idaho and for dairy products, including ice cream, at four retail locations in Idaho Falls, Ammon, Boise and Meridian.

There are two reasons those customers choose to have their groceries delivered, Reed said in an email.

“One, they save money because they do not have to take their time to travel and stand in line at the grocery store. Then, when in the store, they are not buying things they really do not need,” he said. “Two is, they appreciate knowing where their milk and dairy products come from. (They) are buying directly from the dairy farm. It is true farm-to-table in the most pure sense.”

The service is $2.50 per delivery. Most customers order more than just milk, Wilson said at a warehouse where the groceries are stored. They can choose from Reed’s dairy products, including cheese curds and heavy cream, as well as other local products, such as eggs and meat from Vogel Farms in Kuna and croissants from Gaston’s Bakery in Boise.

“We are the ultimate farmers market on wheels,” he said.

But customers also can order goods not made in Idaho, such as a bag of Snyder’s mini pretzels or a gallon of Tropicana orange juice.

“It’s not the best place to grow oranges, I guess,” Wilson said.

On Wednesday, Wilson arrived at work around 8 p.m. His night starts at a Boar’s Head meats warehouse in Boise, where Reed’s rents refrigeration space for its delivery products. The milk is delivered to the warehouse every Monday, after being bottled and shipped from the Idaho Falls dairy. The milk is dated to expire two weeks after bottling, Reed said.

With the truck backed up to a loading dock, Wilson started loading milk crates. The 2% milk was first, then whole milk, 1% and skim. Reed’s milk is all “100% wholesome goodness,” according to Wilson.

“There’s no hormones or antibiotics, anything like that,” he said while loading groceries into the truck. “It’s 100% straight milk, unlike what you would get at the grocery store.”

Inside the warehouse, Wilson moves quickly, checking the load sheet and darting into the refrigerator to grab the products for each delivery, including a few extras in case he spills or breaks a bottle. He loads the truck the same way every time.

By the end of his shift, he would deliver about 200 gallons of milk, along with croissant sandwiches, eggs, bread, orange juice and other products, to 100 homes. Deliveries must be completed by 8 the next morning, but Wilson usually is done between 3 and 6 a.m., depending on the number of orders.

Customers can choose a half-gallon, glass bottle of milk or a gallon in plastic. Many orders are delivered in an insulated metal box, which keeps dairy products and other groceries cold and raccoons out.

Once the truck is loaded, Wilson walks through and double-checks the load sheet, touching each package of curds or quart of yogurt and counting under his breath.

“By the time we’re done here, it should be empty,” he said. “Fingers crossed that it’s empty. If it’s not … then you’ve made a mistake.”

Wilson, who grew up in Boise, has been delivering milk for more than a decade. He worked for Boise Milk before Reed’s bought the company. Before that, he transported newspapers from Twin Falls to Boise for the Idaho Statesman.

“I was working nights at the Statesman, headed to Twin Falls every night, and I was just tired of driving that distance,” he said. “This job came up, and I applied and got it. They treated me right, so I’ve been here ever since.”

Now the manager of the Treasure Valley delivery service, Wilson drives 60 to 120 miles, four nights per week. He delivers milk and other groceries no matter the weather — even during Snowmageddon three years ago, when Wilson’s truck got stuck 17 times in one night.

“It wasn’t fun,” he said. “Most of the customers were pretty understanding.”

Wilson is the longest-serving Reed’s driver in the Treasure Valley, which means the Boise route — the most coveted in the valley — is his.

Reed’s sends out the milk delivery trucks at night because there’s less traffic, Wilson said. By the end of a shift, he’s one of few drivers on the roads. He listens to sports podcasts and guzzles energy drinks while he drives.

“If I’m really tired, I’ll throw on some rock music and start jamming out,” he said.

Reed’s drivers rarely talk to or even see their customers, Wilson said. Drivers are more often greeted by barking dogs, who “can hear you coming from a mile away,” he said. Sometimes a dog will chase a driver out of a yard or a gun-wielding farmer in Emmett will chase a driver off their property, which happened to a couple of drivers, Wilson.

But most of the time, the drivers quietly make their deliveries and carry on with routes they have memorized.

“It’s relaxed, just driving all night by myself,” Wilson said.

Just before 9 p.m., the truck is loaded and ready to go. The first stop is the house of the regular customer who comes out and greets Wilson when he drops off her order.

The next stop isn’t far.

Wilson turns onto a two-lane road and pulls the truck to the right-hand side. The veteran driver stops with two wheels on a sidewalk next to a grassy field and a church. He puts the truck in park and activates the hazard lights to warn oncoming drivers of the wide load.

Across the street, a row of single-story homes are mostly dark, but one porch light beckons. Wilson double-checks the route delivery sheet, even though he knows the order.

He collects a half-gallon milk bottle from the back of the truck, crosses the road and approaches the front door.

There’s one Reed’s metal milk box and four empty glass bottles arranged neatly in a row next to the box — a month’s worth of deliveries. Wilson slips the new delivery into the box and closes the lid. As he collects the empties, the bottles clang together, and a dog barks on the other side of the front door.

Inside, the residents likely know who it is.

A big dairy processor and food processor supply company has purchased a chunk of land in Jerome.

Could you pass a U.S. civics test?