MURTAUGH — In April, Rocky Matthews started finding dead lambs on his farm near Murtaugh Lake. At first, Matthews thought someone had killed the animals with a pellet gun.

The animals all had puncture wounds the circumference of a No. 2 pencil.

It wasn’t until he saw an eagle attack his flock that he realized the true culprit.

A large eagle nest has existed on his property for more than 20 years, but the birds have never affected his farming operations. Currently, the nest is home to two adults and at least two babies.

“They’ve never crossed paths till this year,” he said.

Since the first death, Matthews has lost an estimated $7,500 in revenue from 54 dead lambs.

“The damage under the hide is a hundredfold from what you see on the exterior,” Matthews said.

“I truly think he was just honing his skills because you don’t kill seven of them out of need, ” he said of the eagle.

Idaho Department of Fish and Game regional wildlife biologist Lyn Snoddy said eagles strike from above and use their talons to grab the animals. In this process, they can sever internal arteries and wait for the animal to bleed out.

Eagles’ primary food is fish, Snoddy said, but they have been known to prey on smaller mammals.

Matthews says he thinks the water in Murtaugh Lake took longer to warm up this spring, meaning fewer carp in the lake were available to the eagles. This could have forced the birds to find alternative food sources.

The situation is unusual because the nest is located just above a pasture. Eagle-related livestock deaths don’t happen in large enough numbers to cause alarm, Snoddy said.

Eagles are protected by multiple federal laws, including the Bald and Golden Eagle Protection Act and the Migratory Bird Treaty Act. Penalties for killing a bald eagle can reach a maximum $100,000 fine and one year in prison for a first offense by an individual. The penalty increases for organizations and second offenses become a felony.

Fish and Game directed Matthews to Idaho Wildlife Services, a program under the U.S. Department of Agriculture’s Animal and Plant Health Inspection Service. The program works to resolve wildlife conflicts between people and wildlife, according to its website.

A representative from Wildlife Services came out to the Matthews farm and performed a necropsy, a study of an animal’s body after death.

To protect his animals, Matthews had two options. He could apply for a Federal Migratory Bird Depredation permit with the U.S. Fish and Wildlife Service or he could move his animals to another pasture. This hazing permit provides short-term relief until long-term nonlethal measures can be taken. The depredation permit costs $100 and allows the harassment of birds causing depredation or damage to crops, livestock and private property.

The permit process takes 30 to 60 days, but it can be expedited in emergency situations, Lawrence said.

Matthews chose to move his sheep instead of waiting for a hazing permit.

He also worried about the eaglets’ survival if he attempted to scare the parents away.

Plan A was to move all the livestock closer to his barn — which worked for a few days until the eagles killed again. He moved the younger lambs to a different pasture, but the eagles then went after older sheep on his property. The dead animals ranged from 12 to 80 pounds.

Matthews and his wife, Becca, filled out the paperwork and, if approved, they will get paid 75% of the market value of the livestock.

“In our mind, doing the right thing is just trying to wait it out,” he said.

Compensation for his losses could come from the USDA Farm Service Agency Livestock Indemnity Program. This program pays farmers for livestock deaths that exceed normal mortality and are caused by adverse weather or attacks from animals reintroduced into the wild by the federal government.

Although the eagles have cost him money, Matthews says they are cool birds who don’t know any better.

Rocky Matthews has been waiting almost four months to receive compensation from the USDA Farm Service Agency. An investigation confirmed that at least 50 sheep died from eagles on his property, although that number has since risen. 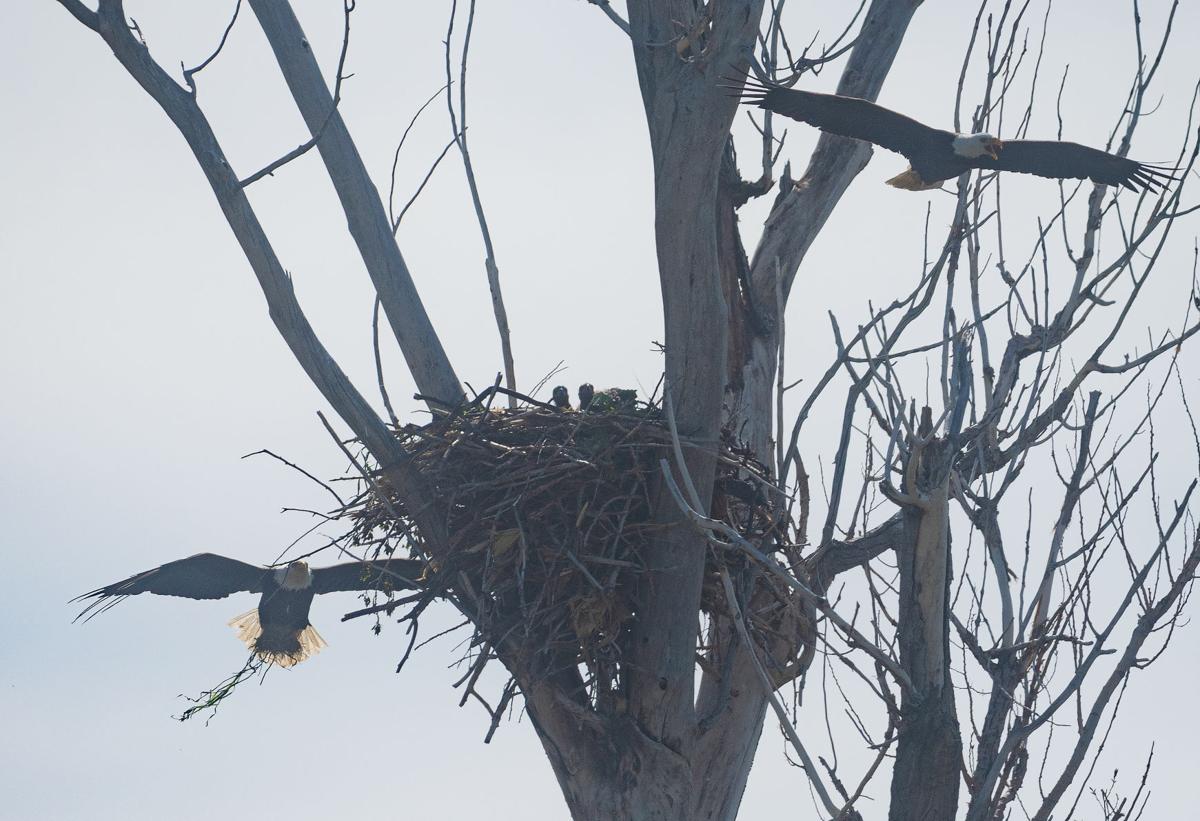 A pair of bald eagles nest with their young Friday near Murtaugh Lake. The eagles have killed dozens of sheep on Rocky and Becca Matthews' farm. 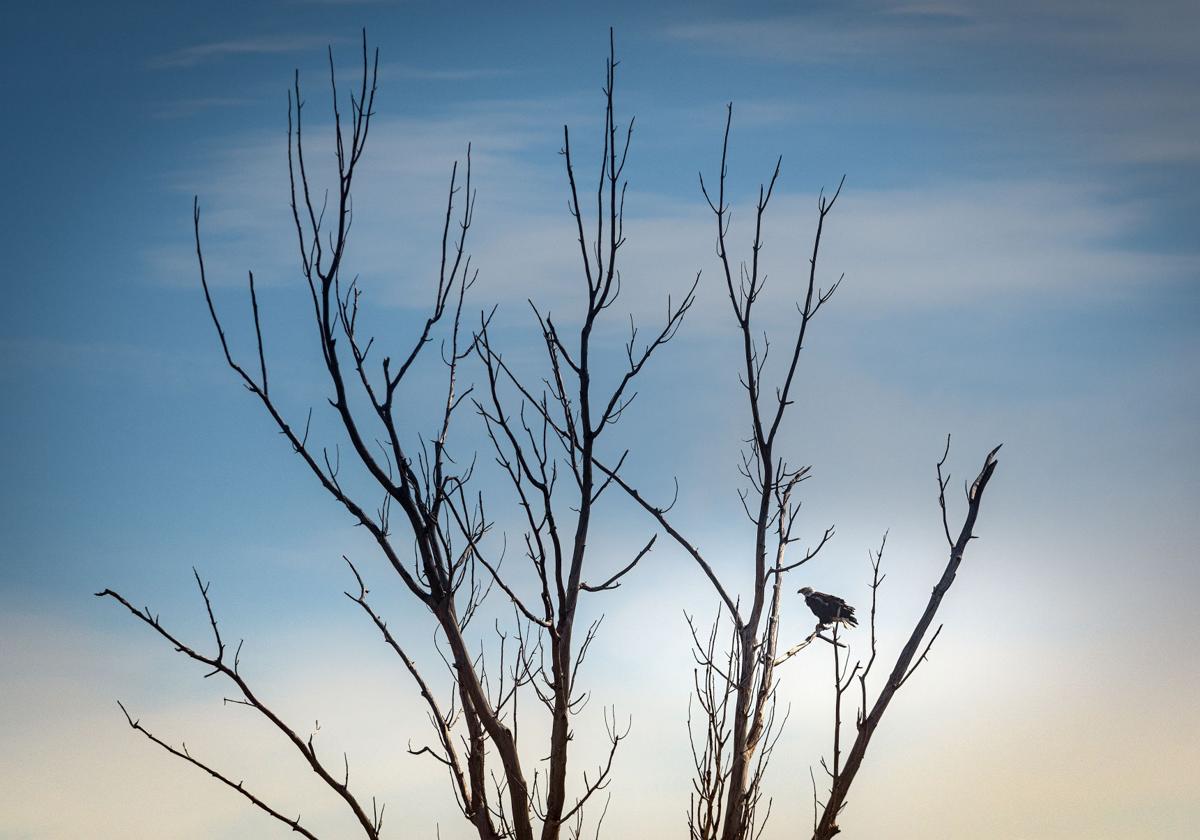 A pair of bald eagles nest with their young May 28 near Murtaugh Lake.